I'm not leaving this one just in the evolutionist's court.  I think it also applies to wargaming in general, and myself in particular.

Except this isn't about chickens and eggs, though it bears a number of similarities.  No.  This is about miniatures and gaming boards.  But a title like that has probably wouldn't resonate in the way chickens versus eggs probably does.  Unless you've been behaving like an ostrich for years with your head firmly implanted in the sand.  Which also loosely fits this post...

Right, so now I've got you all confused, let me explain...!

So, some people spend a lot of time trying to decide which came first - the chicken or the egg?  If you're an evolutionist I guess your answer should be an amoeba, as that's the first single cell life form from which everything else comes.  Which rather proves that the answer lies in a very different direction to that suggested by the question, but there we go.

Because I want to talk about North Africa 1941.  And by extension The Sudan.  And then by extension Chain of Command.  And The Men Who Would Be Kings.  And on it goes. 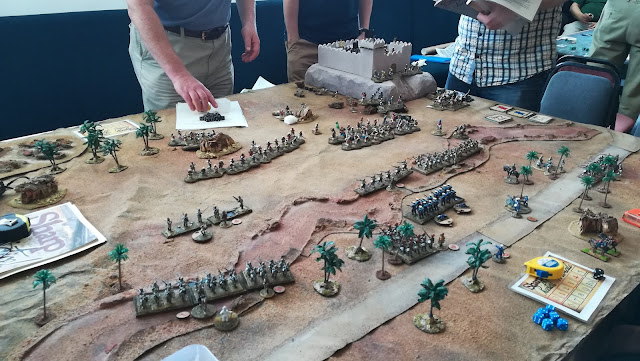 Those of you who have been following this blog over the years will know that my career of many years went down the pan a few years ago.  I secured work, but the wage was rubbush.  £5.5K for the first year.  And yes, you did read that correctly.

In that time, I focused on making terrain for the miniatures I already had.  And I waited.  I waited principally to see what Perry Miniatures would release next in plastic.  I was hoping that historical periods I had long wanted to game might begin to appear.  Plastics would give me a greater chance of finally being able to afford some small forces.

And boy did they deliver!

So over the following few years while my income didn't improve much (I know, right?) I was able to get a box of Perry Plastics for my Birthday.  What I did wrong here, was I left them there.  Sometimes this was caused by not having the correct paints.  Other times because I didn't want to start painting them.  Yes, this might have been in part because I didn't want to run the risk of ruining them.  But mainly this was because there was little motivation to make them if I couldn't afford either a box to put them in safely, or because I had no idea how many years it would be until I was able to buy their opponents, or any extra metal codes I needed to have valid forces.

But now things are a lot better.  We're not as rich as Croesus, but for the first time in ages, we're surviving.  And that means I can purchase the things I need to complete  my armies.

And this is where it gets really exiting, because I can start work on them and realise some long held hopes for my gaming.

But there are still some obstacles to overcome.

For me, this all boils down to boards and bases really. 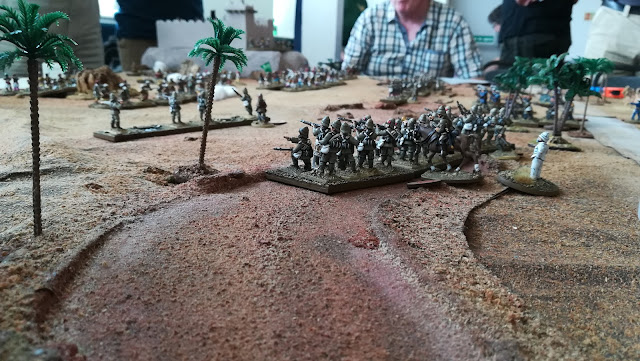 You see, I like my models' bases to blend into the terrain they sit on top of.  Having bases modelled, painted and flocked in the same way as the base boards makes them look a part of the terrain that surrounds them rather than sitting on top of it.  This is another reason I like flat discs for my models.  Especially if there are any vehicles around.  Which are never based.  Just putting that out there.

Now, I have some lovely grass boards.  One set are made by Hexon II and flocked by myself.  The second are my own scratch built modular boards.  I also have some modern city boards.  But I don't have any wilderness or desert boards.  And that's what I'm needing for my North Africa games of Chain of Command.  And for the Sudan.  And so on...

And because I like my models to be based with the same stuff as the boards they'll stand on, I think you can begin to see my wargaming conundrum.

Work on my models, or work on my base boards. 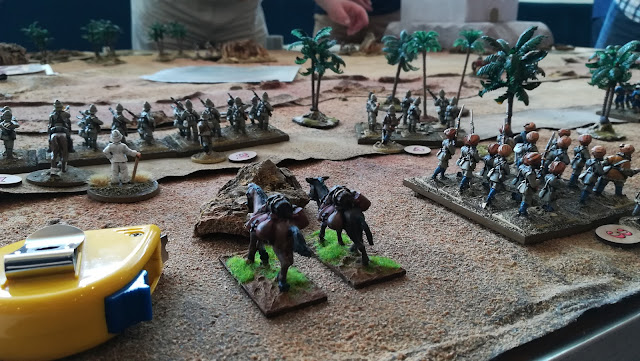 On the one hand, there's no point having armies ready and nothing for them to fight over.  But on the other hand, it's probably rather daft to spend ages working on the terrain if you've nothing to use it with because you still have all those models to assemble and paint.

"Oh, just ignore the bases and get on with painting!" I hear you say.  Well I can't.  I like to add my base mix before I paint my models.  The base colours and highlights go on these long before I paint the rest of my model.  It saves the brush ruining the finished painting of the model.

Now, I've done a lot of thinking about this in recent months.  I'd like nothing more than to make some more modular base boards for desert gaming.  But I don't really have the space for it.  We can't all live in huge houses after all.

So I'm going to try something new.  I'm going to challenge myself to make a gaming mat.  After all, deserts are relatively flat.  And by carefully planning, I can match my drop on scenery to the coverings I'll be using on my gaming mat.  And use them on the bases for my models.  And that should keep me happy. 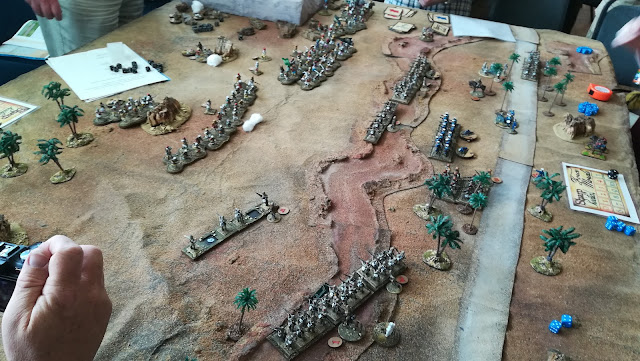 And I really should thank all the good folks at Deep Fried Lard 2018 who showed me how wonderful a self-made gaming mat can look.  The photos in this post come from that event.  These have been my inspiration for the project.

And ironically, I now have the sands that will cover both my cloth and my bases alike.  And as neither need painting, there's nothing stopping me from working on both the models and the scenery at the same time.  So I guess that after all this time and head scratching, I could have started this project a long time ago.  Stupid me...

So what can we learn from all this?

Put simply, it doesn't matter which comes first, the models or the gaming surface, because they should both come together.

And no, I have no idea where that leaves the chicken or the egg...! 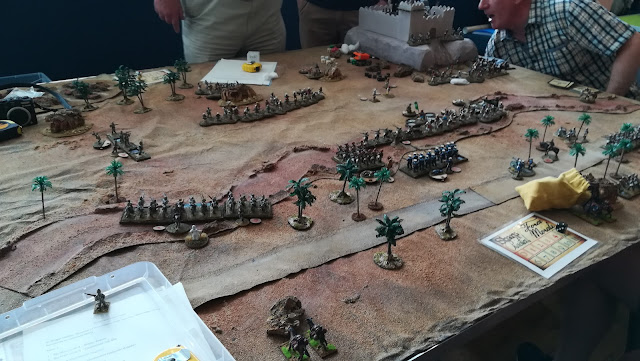