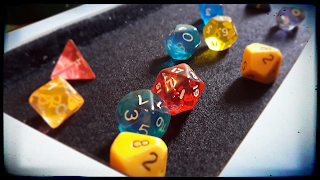 I have to own up.  I'm universally detested by any dice I use.  If I was into my hobby for the win, I'd have left it long ago. But with my new modular terrain boards in full swing, there's not a lot of flat space to roll your dice on.  And when you try, you should see the way they come flying back at you out of the crevices.  On the rare occasion they go anywhere in the general direction you've rolled them (you know, rather than deviate at some alarming degree and head straight for your lovely painted miniatures) they have a habit of resting on a divot.  Reading the roll is pure guesswork in these circumstances.

So in the interests of protecting both my models, my scenery and my sanity, I decided I needed to invest in something to solve the problem.  I needed a Dice Rolling Tray.  I did what anyone would do when faced with such a situation and a complete FLGS to go to.  That's right.  I started searching online.  And boy is there a lot to choose from.  If you have the cash, that is.  A simple search on Google instantly took me from the rather nice Ultra Pro version which ranges in price from £12.99 to £25.77 depending on where you look, to ones from Wyrmwood which retail anywhere from £50 up.  If you're like me and are on a low income, and thereby possessed of that rare quality of having more sense than money, you'll want to seek out a cheaper alternative.

Here's what I did.

I went to Poundland and purchased the following for the princely sum of... well... a pound, clearly. 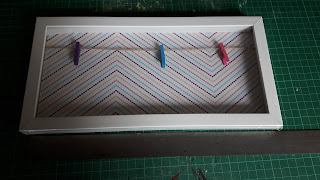 I'd tried other stores but was having a lot of trouble finding a deep frame.  This one is 15cm by 30cm. 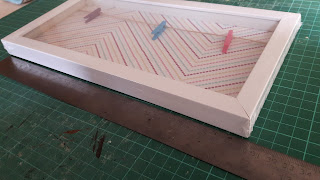 Th first thing to do is to remove the picture hooks.  We won't be needing them... 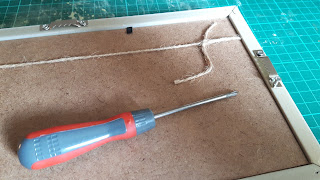 With the backing plate removed, I was confronted with this. 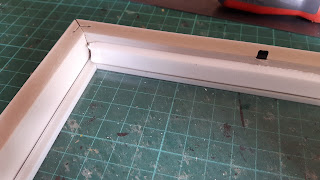 Sticky insulating tape.  This held the glass in place.  (Yes, it was actual glass, rather than plastic. I was surprised.)  It had to go if I was to remove the glass.  Interestingly, they only put this down the long sides of the frame. 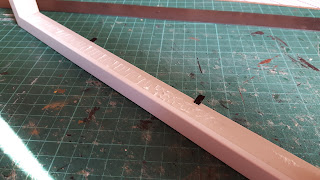 This, of course, caused a big problem, and one I hadn't foreseen at the tie of purchasing.  There was now nothing to hold the base plate in place.  I'd need to make some spacers of my own. But there was a definite silver lining to this cloud.  I'd now be able to felt the insides of the frame. 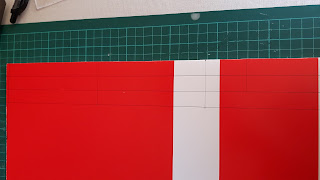 So I looked out some foam core, did a bit of measuring and soon had my spacers. 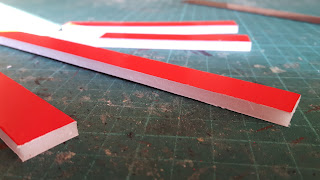 I'm using black felt to line my dice tray.  It's a single sheet which you can get from Hobbycraft for 50p.  I got mine for nothing as my wonderful wife handed me a sheet she didn't need.  Told you before she's awesome! I measured out enough felt to cover one side and have a lip to go round the sides. 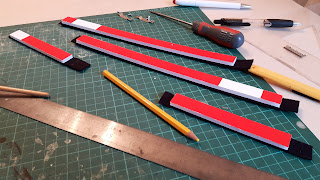 It was then a case of putting them in place.  I put the long sides in place first and then sandwiched in the two short ends.  It's inevitable that the felt will push itself free at this point in one or two places, so I have a small screwdriver on hand to convince it would rather go back where it's supposed to! 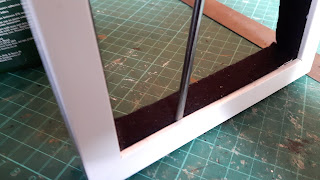 I then applied glue to the hardboard backing plate and stuck the felt in place.  And here's the view from the bottom with everything assembled.  You'll notice that only the long edges have those metal tabs you bend to kee the back plate in place. 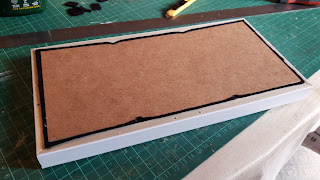 Now, in order to make sure that everything stayed in place where it was supposed to, I decided to add some duck tape This would also protect the table surface when the tray is in use. 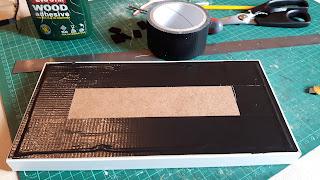 And here's the finished article when viewed from the right way up. 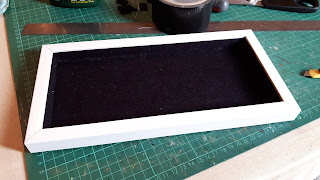 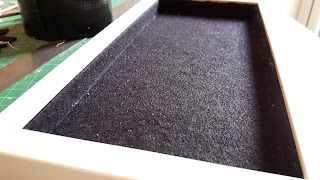 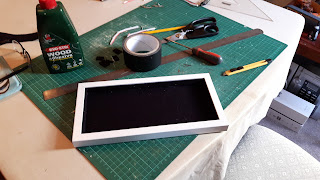 And here it is with some dice in it. 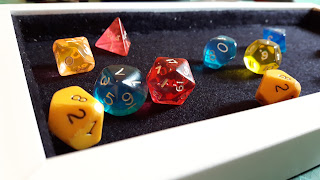 Plenty of space to roll the dice, and lots of random numbers come up.  I know.  I played with it a lot.  And by adding the foam core spacers, I've deadened the sound when a dice comes into contact with an edge. 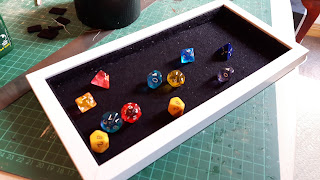 I don't know what you think, but I reckon it's brilliant.  And all for £1! 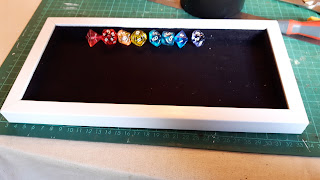 Roll on my next game!

(Did you see what I did there...?!?!)
Labels: Dice Rolling Tray Dice Tray Dirt Cheap Wargaming RPG's Wargaming