Adding the Character Details to TRwNN

I've done a lot of head-scratching over the last few evenings.  This is not because of nits, you understand.  I've been trying to figure out the best way to organise the book keeping side of The Rules with No Name.  I don't want a gaming surface covered with counters.  And I'm too anal to write bits of information down on a notepad or even worse, on some scraps of paper or Post-It notes.  I'd be worried I'd lose track of things.  That use to happen a lot when I played WRG 6th. I'd quite often lose the will with that game as well, but I digress... 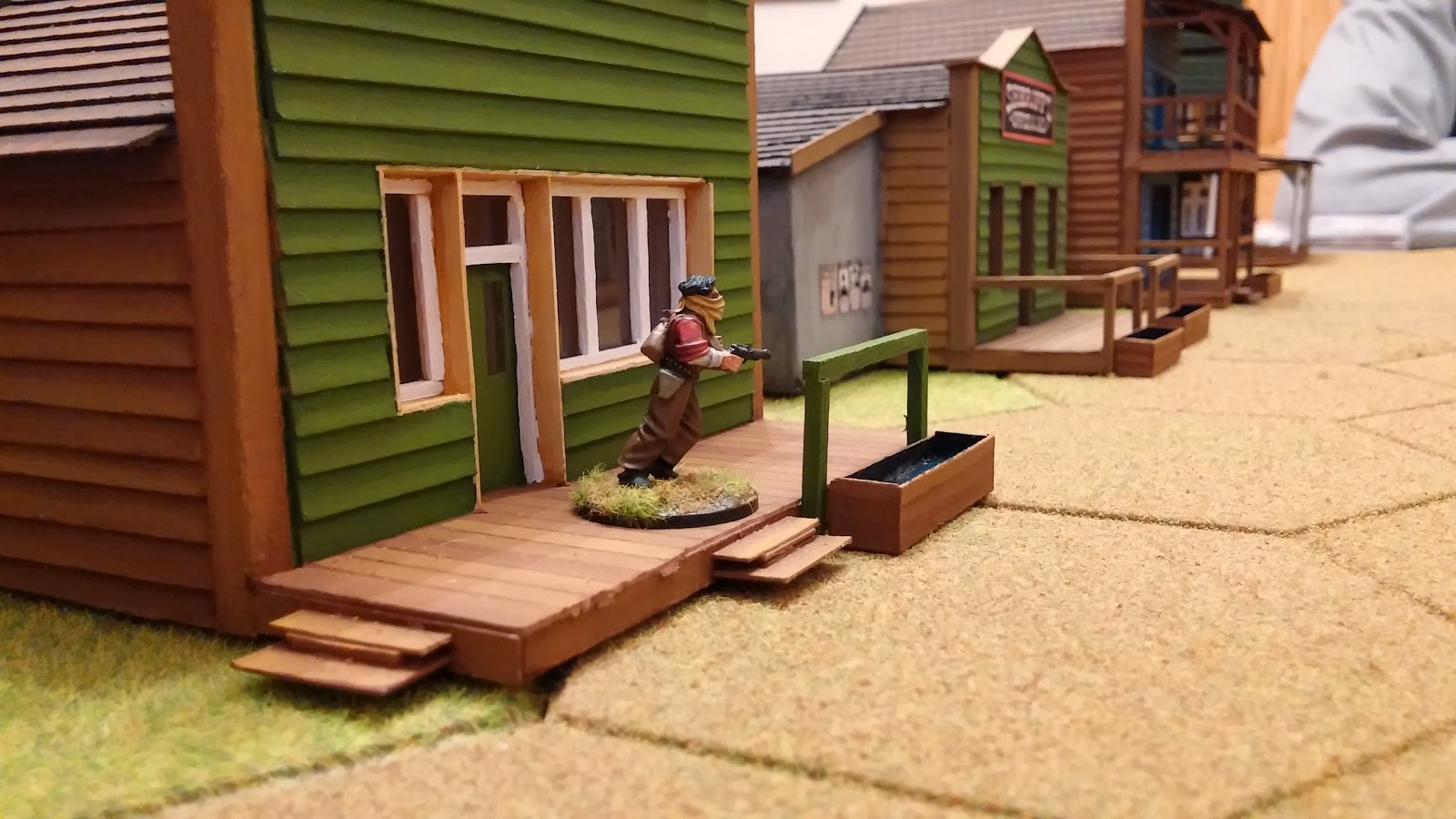 I'm into this hobby because of the visual spectacle of it all.  So I want some kind of character sheet I can use.  Maybe its a throwback to all those RPG's I used to play back in the 80's.  I don't care. I just like the idea of having a place to record all the in-game stuff for each character.  And because I' not into unnecessary clutter on the games table, I think I'll probably put the Knocked Down (See, I resolved that conundrum) Recover, Out of Ammo and Gun Jammed chits on the character sheets as well. 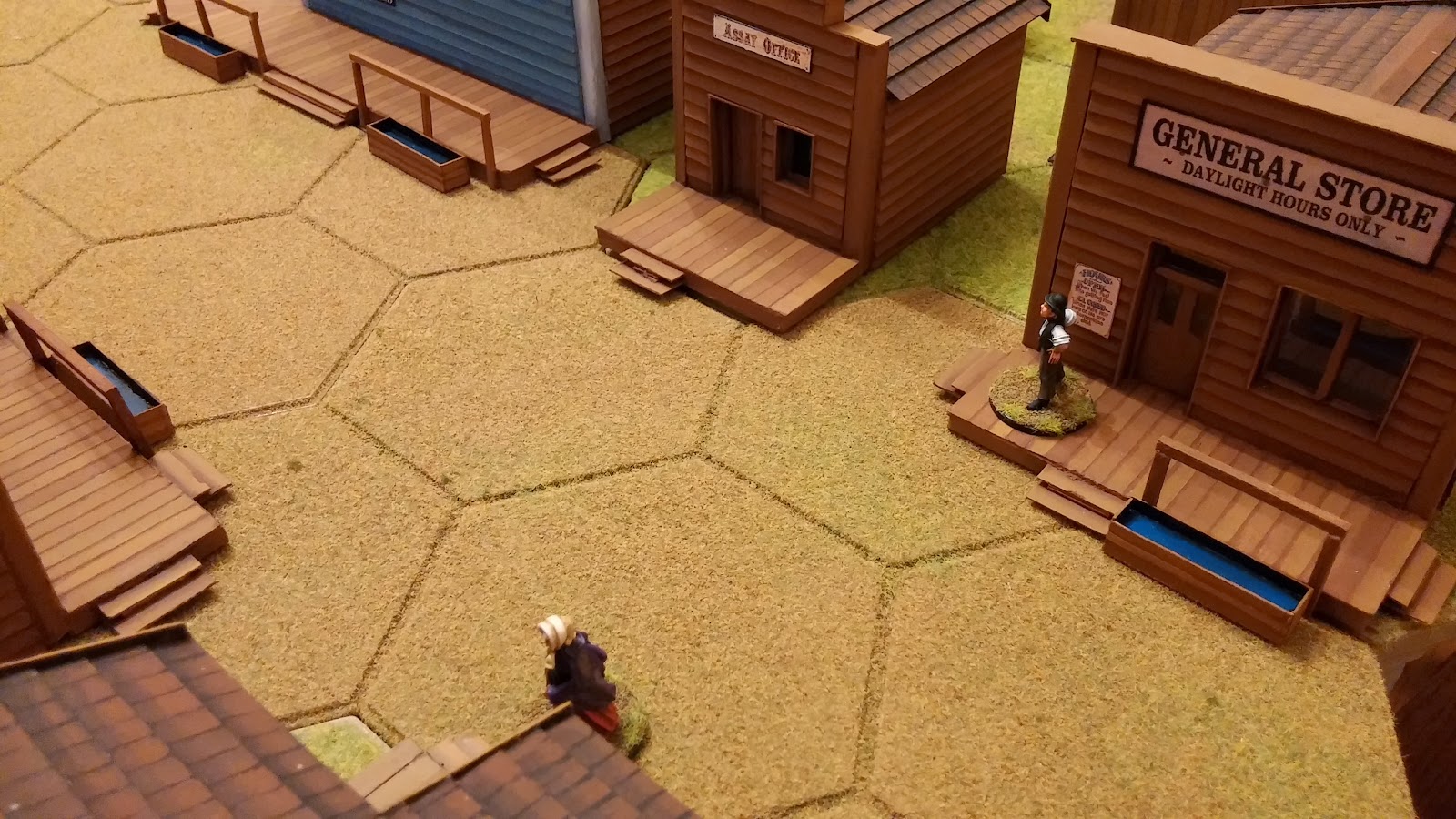 Of course, the main benefit of all this organising is that there will be less mental CPU used up trying to remember who has what injury, so I have more space available to concentrate on enjoying the game...!

Anyway, with suitable fanfare courtesy of Ennio Morricone, here we have my finished design.  I'm rather fond of it and I hope you like it too!

The actual size is slightly shorter than a playing card, and approximately one and a half times the width of a playing card.  These will fit nicely along the edge of the gaming surface.  I had toyed with the idea of making them the same size as the card decks, but didn't want them to be mistaken as such and find them getting added to the Fate Deck at the end of the turn.  I did toy with the idea of making a character card for each figure, and placing a photo on the card.  However, I preferred the silhouette as it saves an awful amount of unnecessary printing.

These character cards will be laminated so I can write on them with a dry wipe marker.
Labels: The Rules with No Name The Town with No Name Wild West Wargaming