More Signs of the Times!

It's been an eventful few days!

The week began with what turned out to be the last in our current run of Hordes of the Things.  We've played it in 28m with 24 point armies.  We rebooted and tried 48 point armies in 10mm with Warmaster miniatures and enjoyed that just as much.  So we took it a step further and had some 72 point games as well.  The last few sessions were back to 28mm and I was able to run a mixed force of High Elves and Empire Humans.  I must confess, 10mm HotT was a bit of a revelation.  My goodness did a heap of heroes on flyers add a scary dimension to the game.  But I'm glad to say they weren't overpowering.  But it did make you seek to defend your stronghold all the more vigorously! 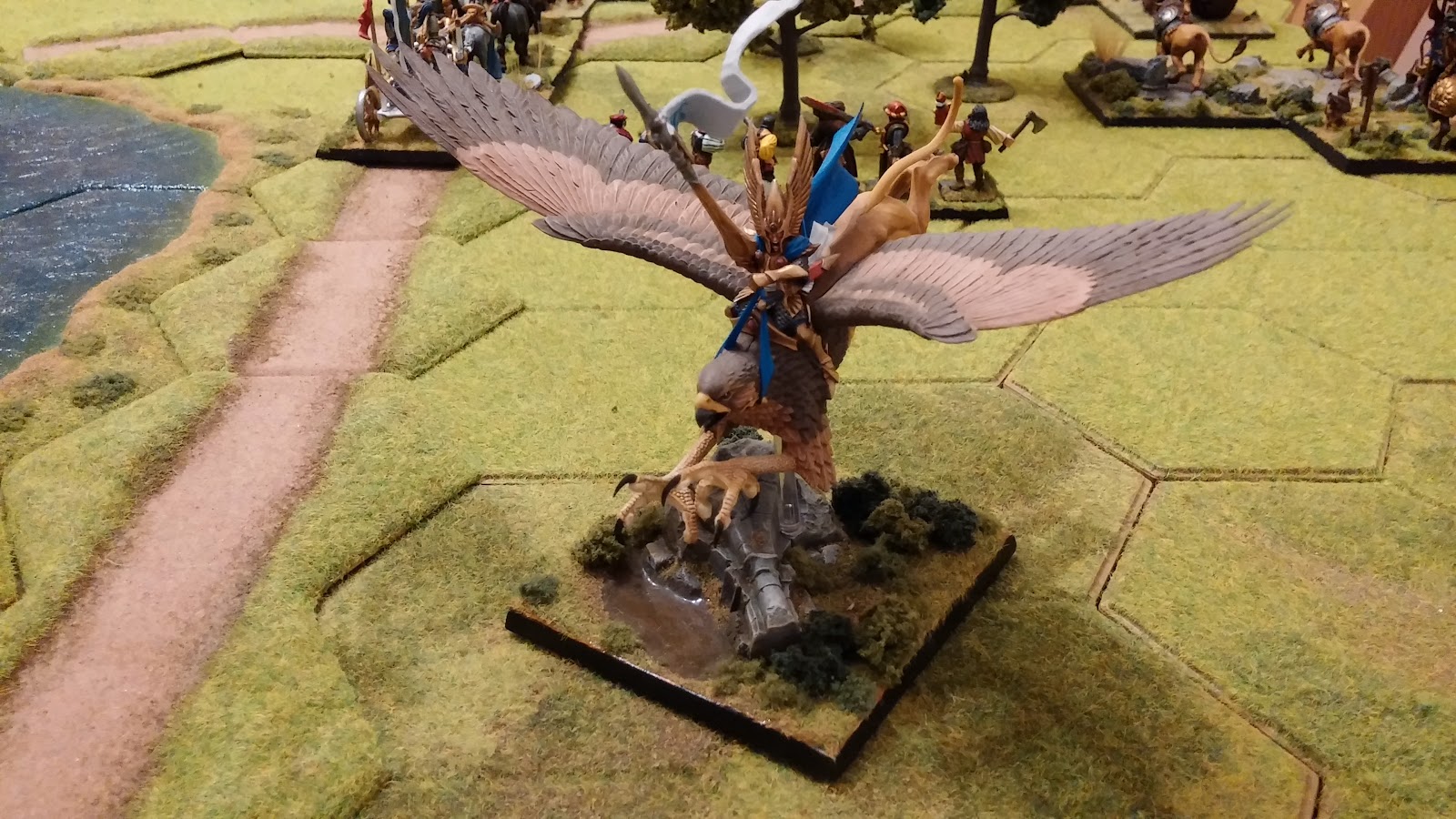 The last two games of Hordes allowed me to field my High Elf Hero on Griffin.  I must say I'm mighty pleased with the paint job on this model.  And although he did recoil from the Skaven stronghold right off the board, it was a joy to see him on the field of battle. 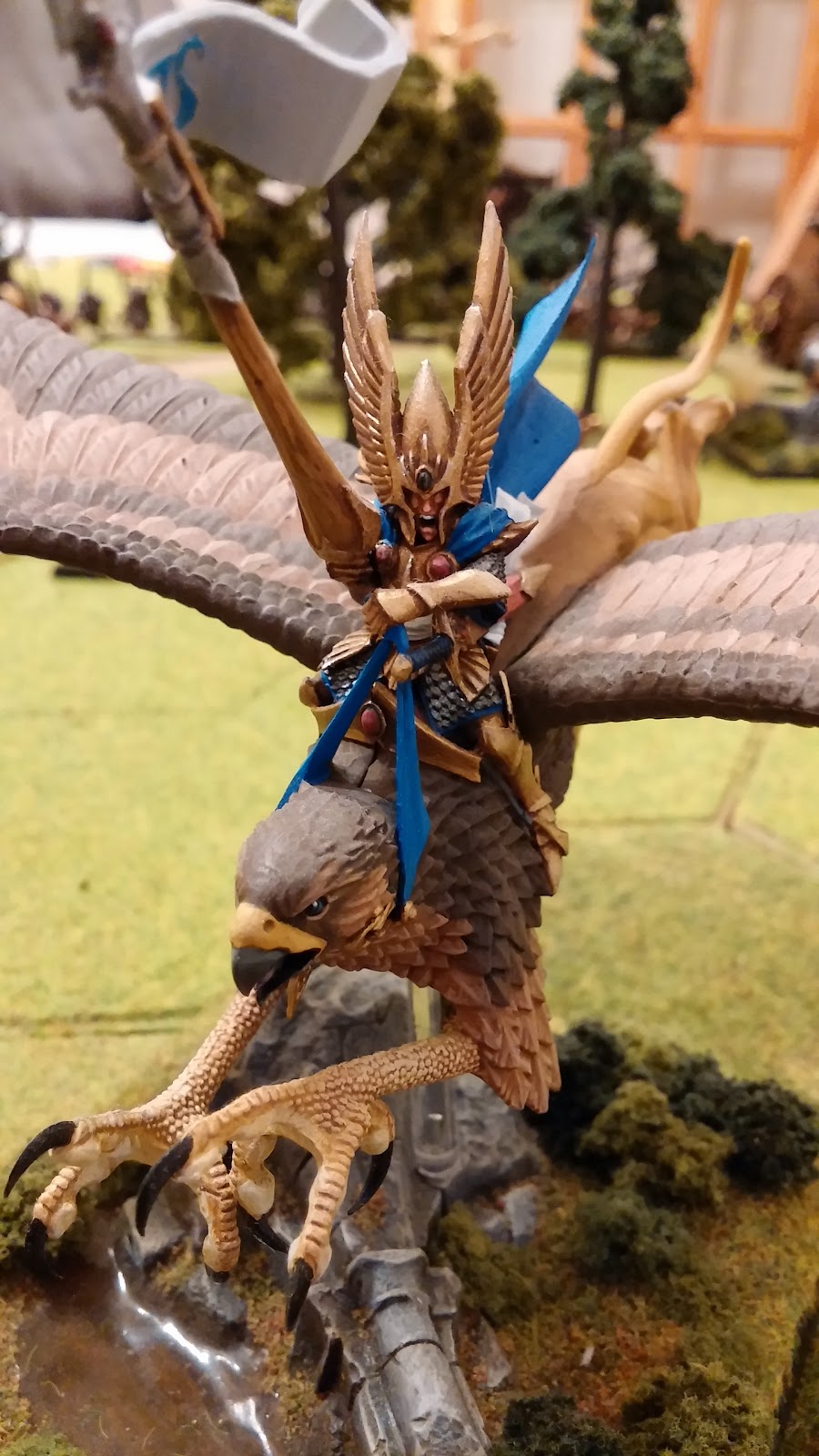 Of course, the big decision of that momentous gaming night was the move to The Rules with No Name.  First task was to get the cards printed, cut, folded and put into card protectors.  Now, I had decided to print them on card for durability.  I wanted them to stand up to the task as well as look good.  According to the packaging, this wasn't card at all.  It was 'Craft Paper'.  Who am I to argue though, 20 sheets at 200 g/m2 for 50p.  They can call it what they like.  One manufacturer's craft paper is another's card!  Anyway, here's the cards in all their glory! 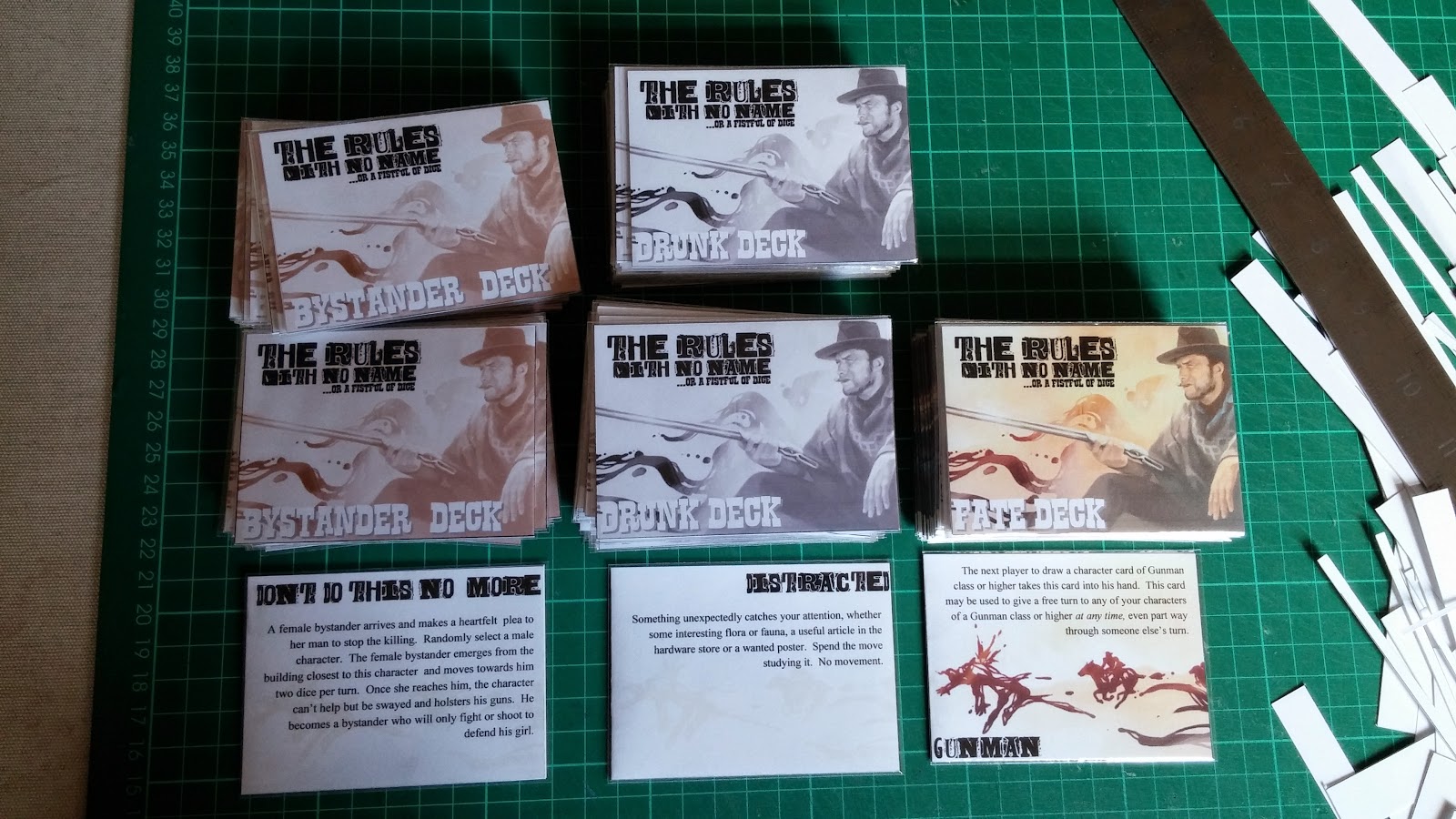 You've probably noticed that two of the decks are split into two piles.  This is because those lovely card protectors are rather slippy.  And if you've printed your cards on 200 g/m2 card and folded along one edge, they're going to slide around a bit...!

And finally, I've been working on the rest of my signs.  You can see them on the following pictures.  I'll leave you to seek out the intentional tongue in cheek references in the names! 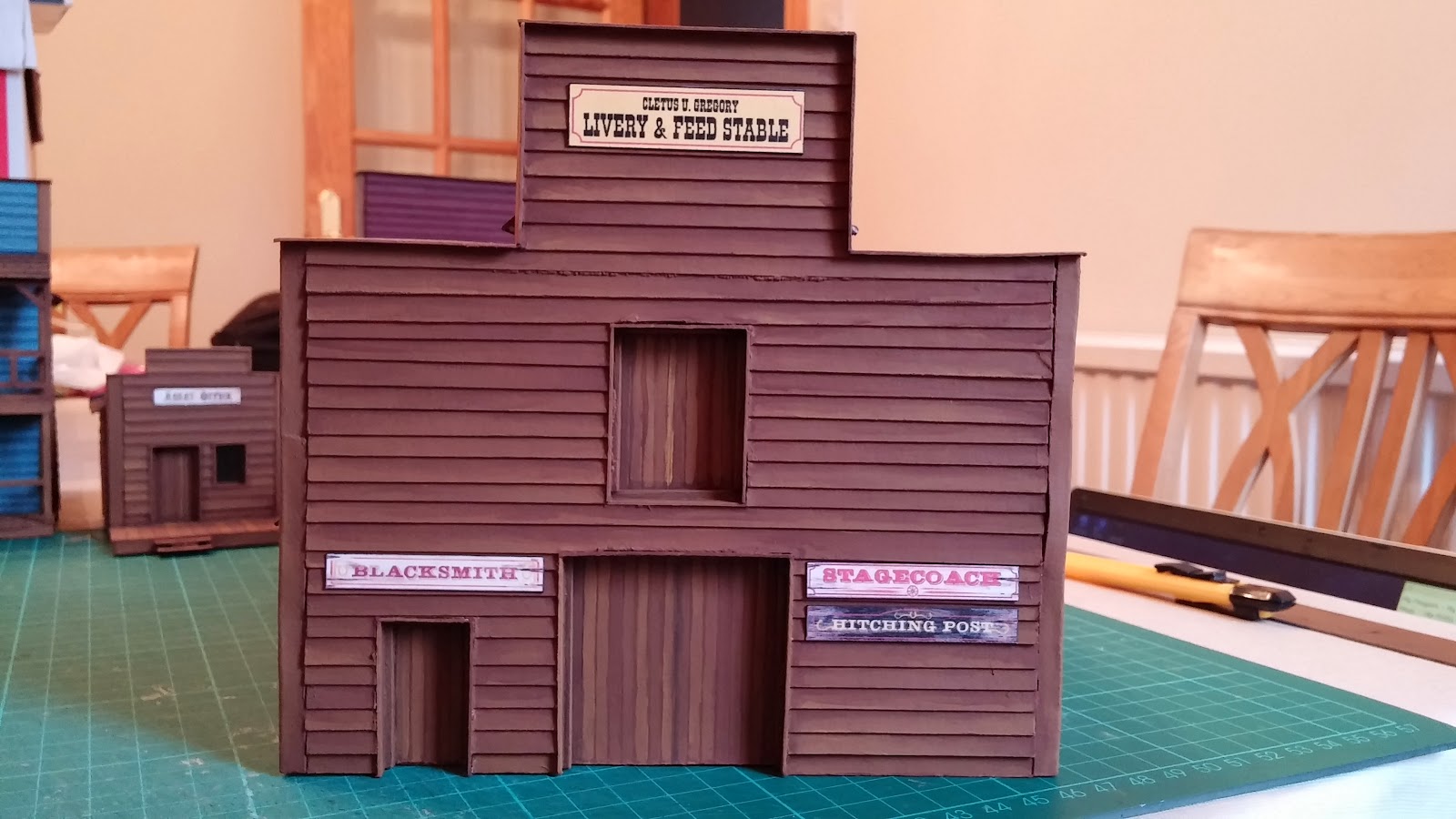 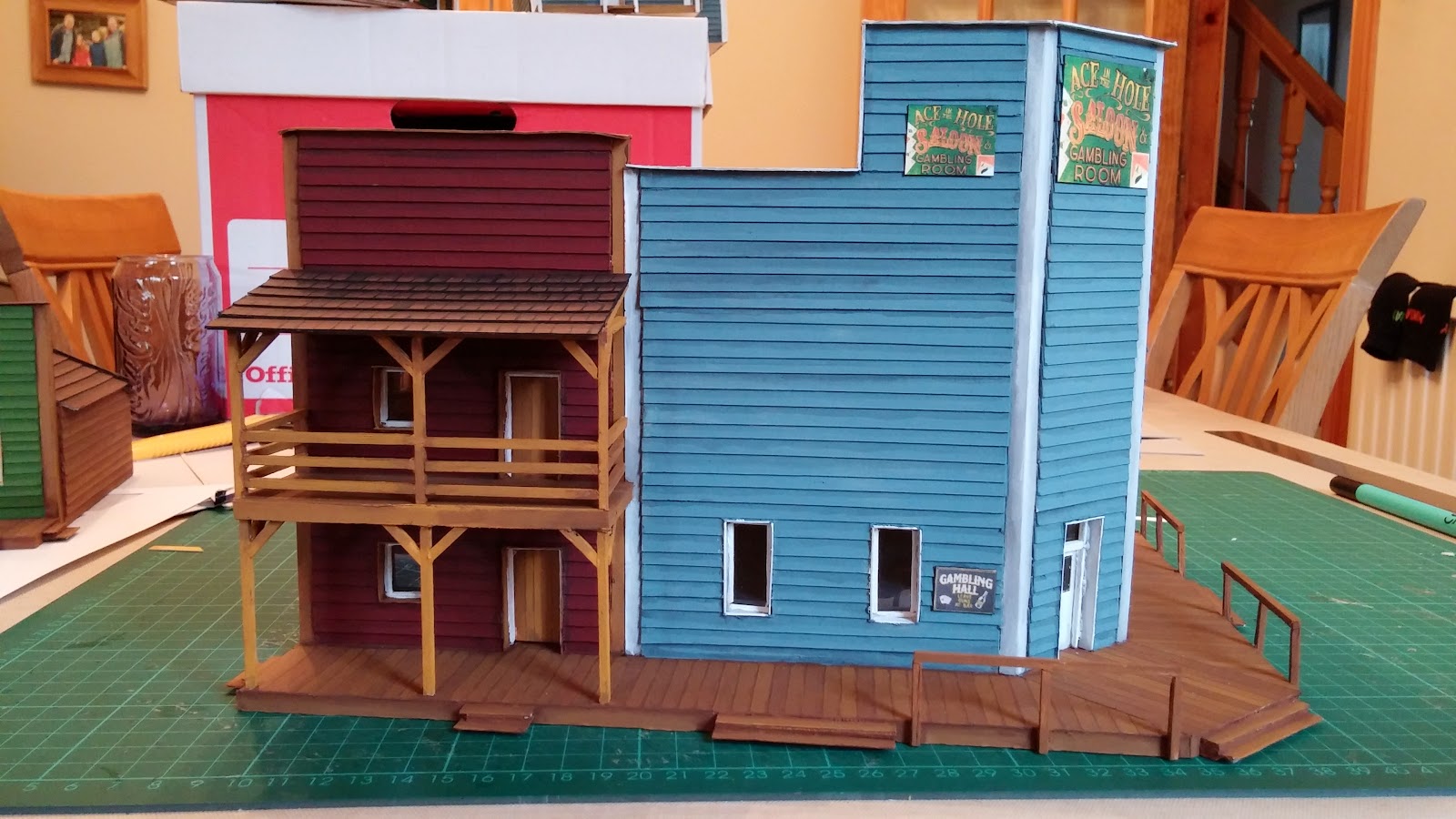 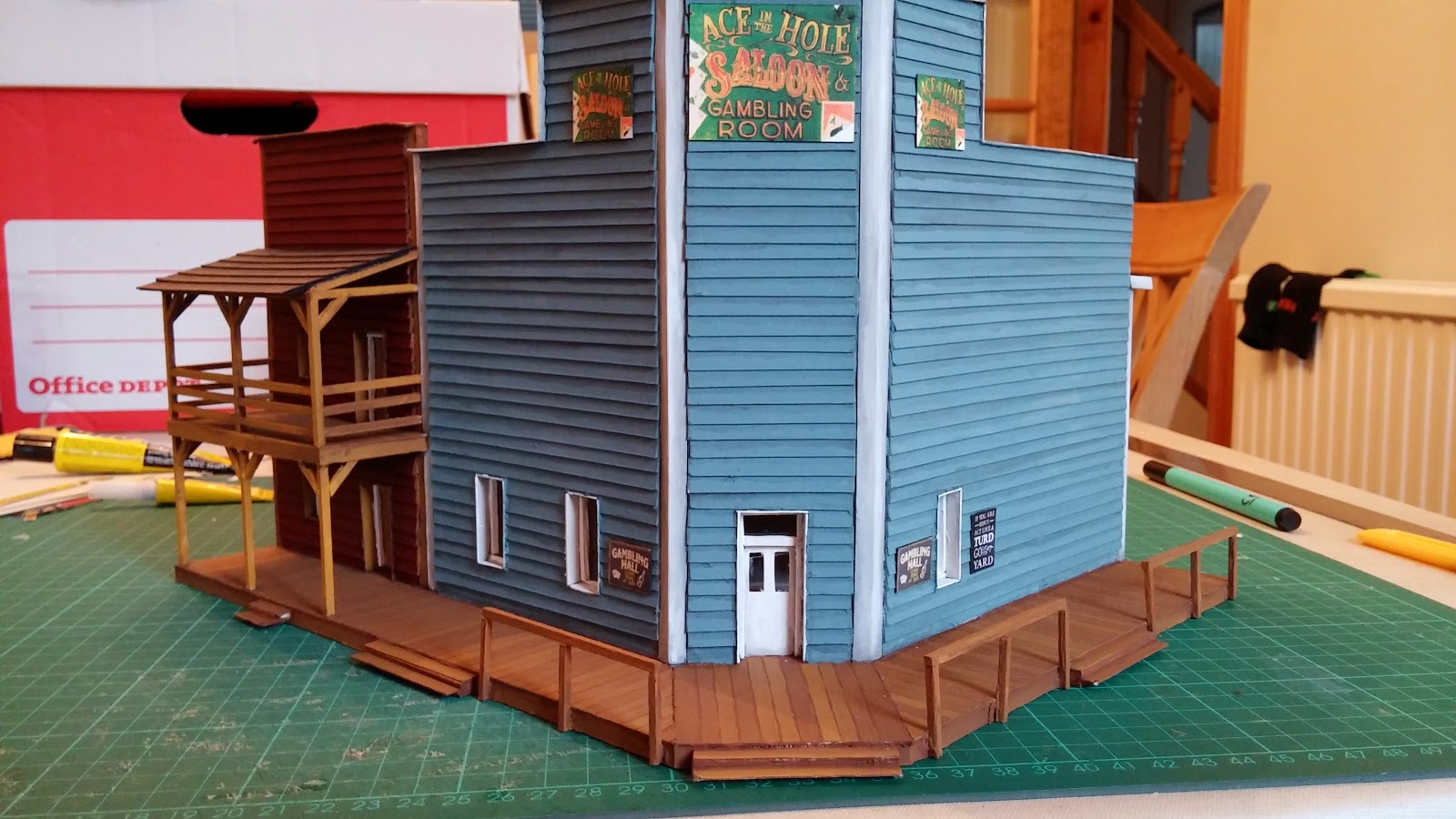 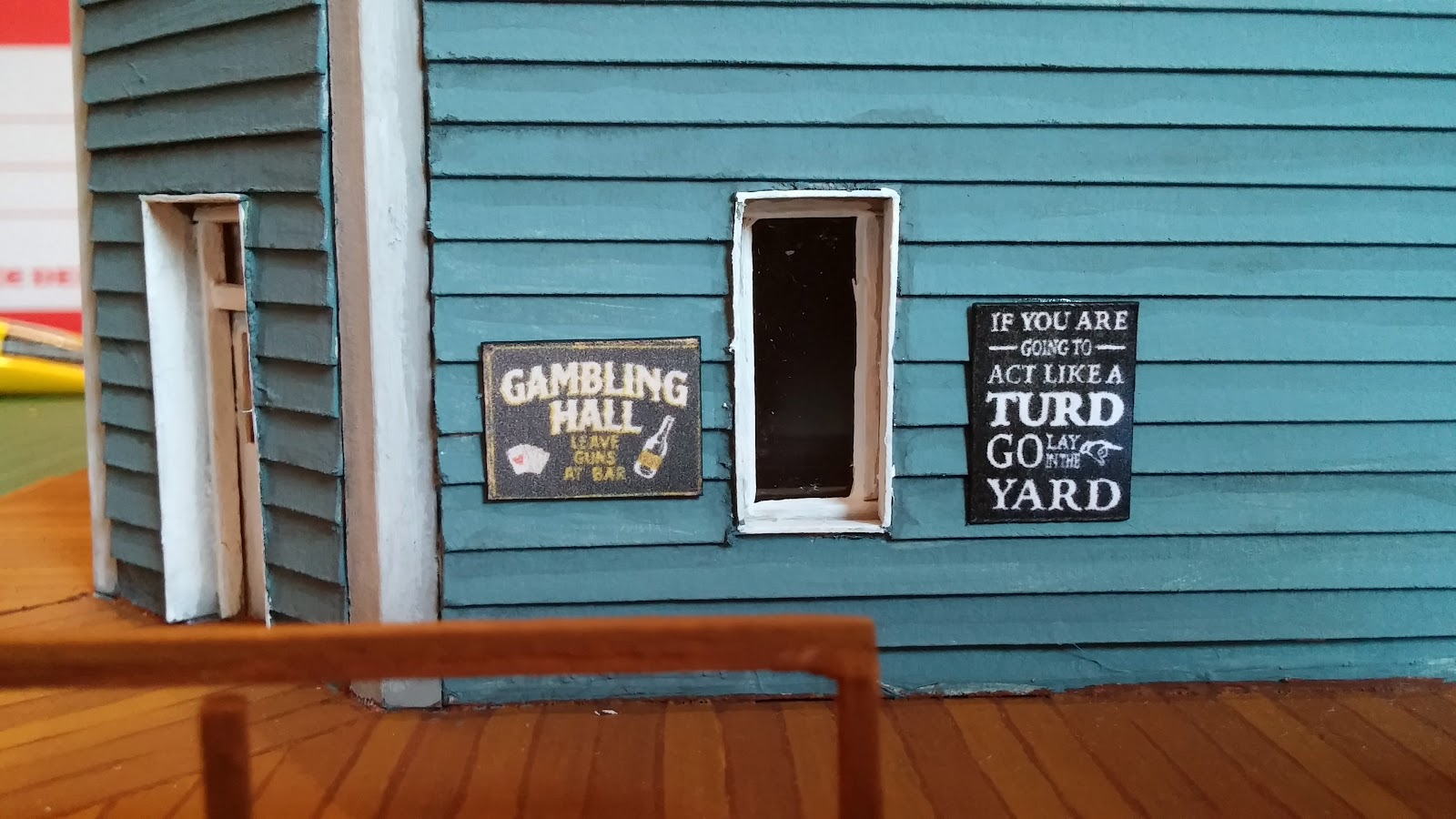 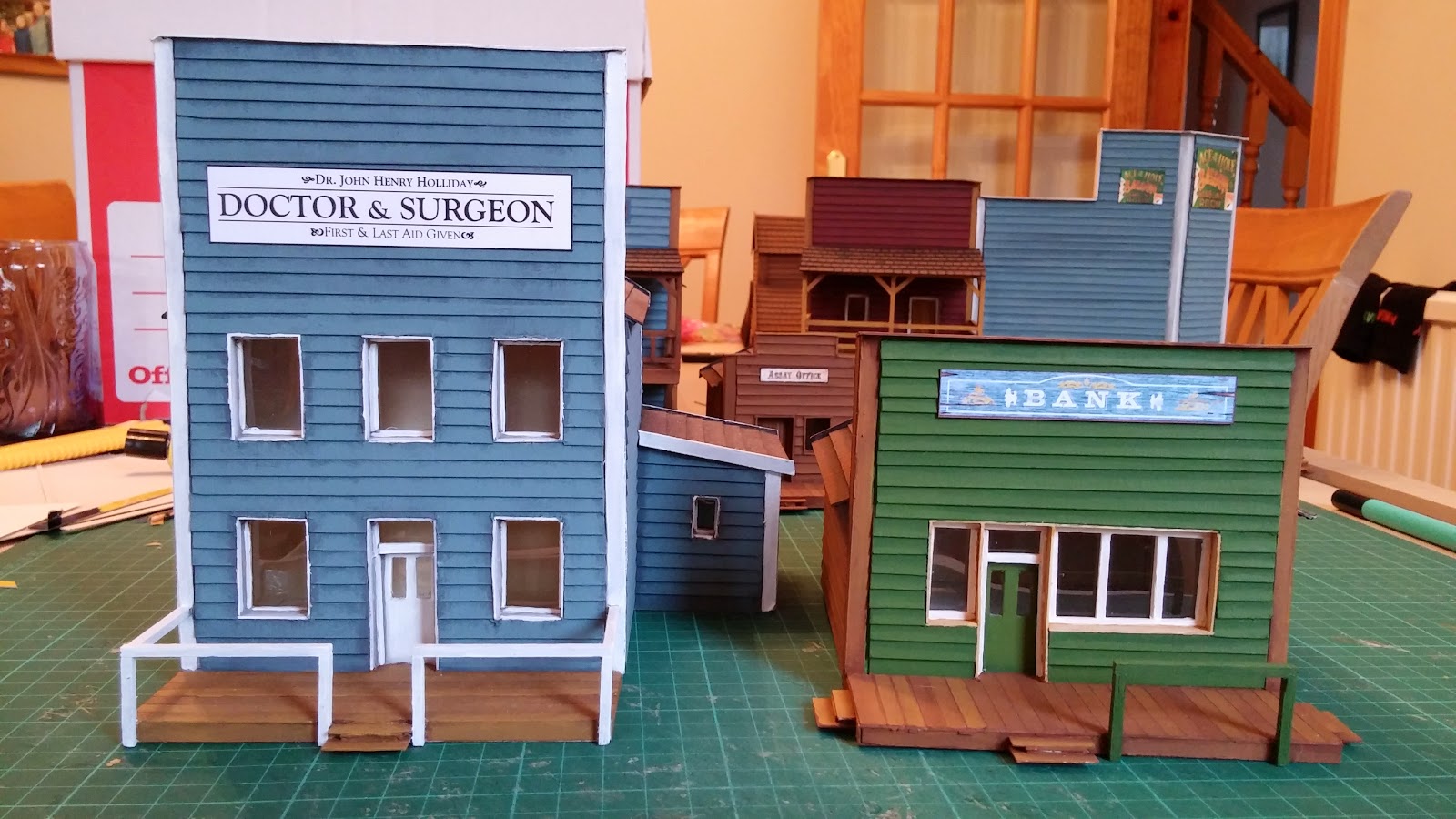 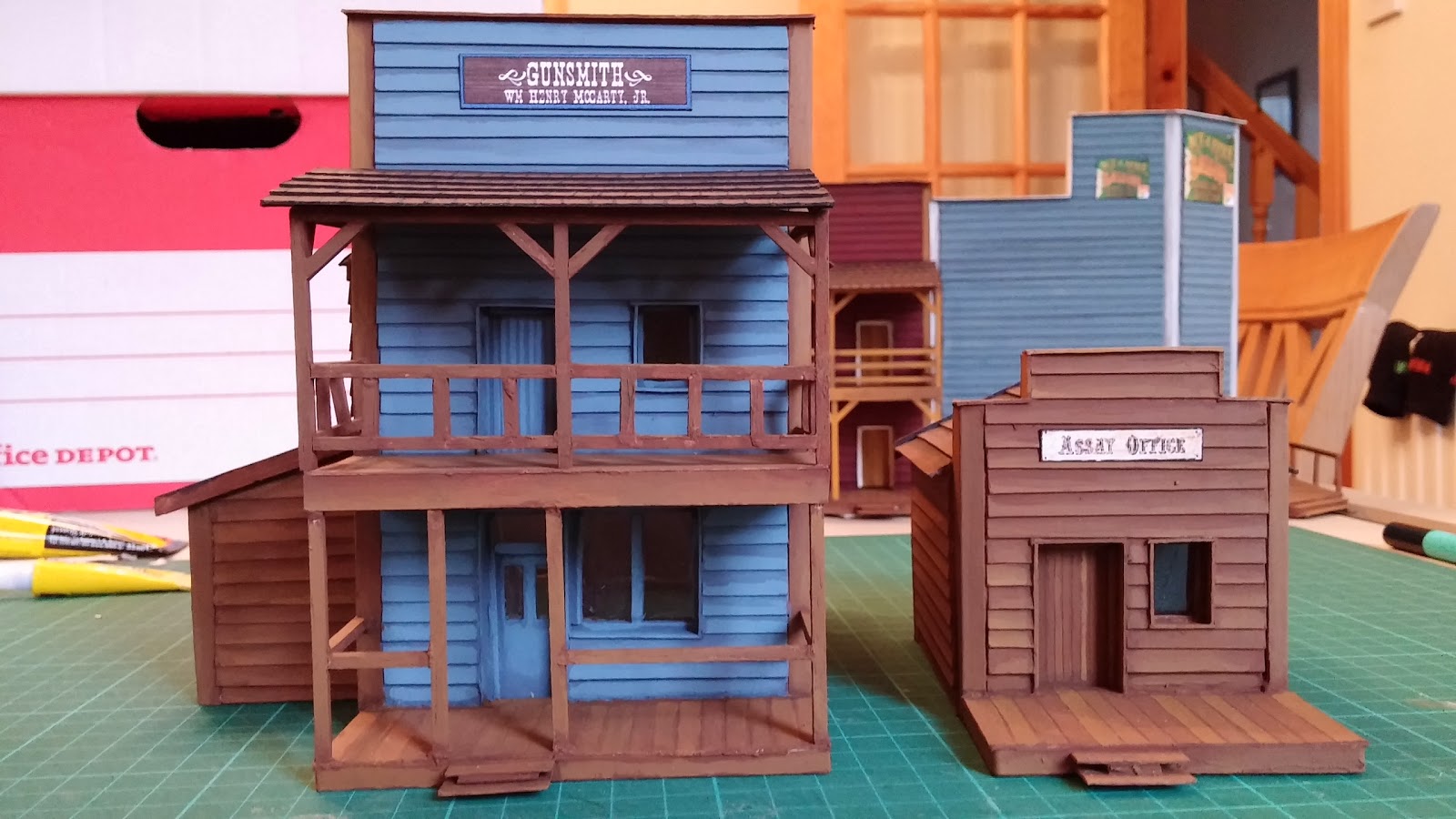 So that's everything nicely on track for the deadline of 7th July!
Labels: Hordes of the Things Old West Wargaming Scenery The Rules with No Name The Town with No Name