No Steamboat, But Many Rifles 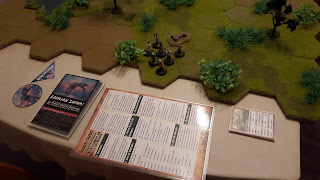 A few weeks ago we were delighted to return to Saurian Safari and follow the exploits of Sir Rupert and his intrepid explorers who seem to have stumbled on some strange Jurassic timewarp.  The board was set, everything was set up ready, and we awaited the joy the dice would bring us. 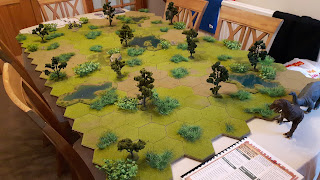 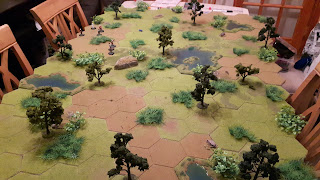 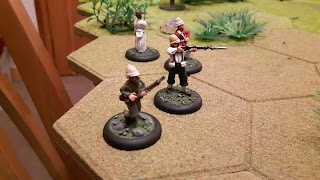 We were lulled into a false sense of security to be honest.  Our random entry point created a rather nice skirmish line which we took advantage of. 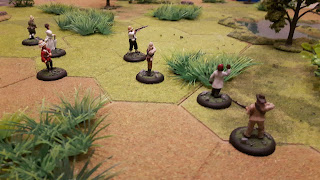 Which was alright until we were beset by four Velociraptors.  Sir Rupert fired, taking out the first one, but was promptly ripped to shreds by the other three. 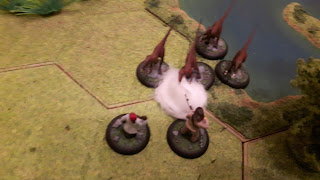 Of course, Major Payne tried to help, but was knocked down by the force of his blast. 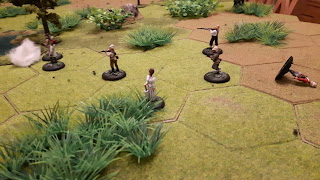 We decided to call on the "Fudge That!" house rule and reboot the game.  Surely there wouldn't be any worse dice rolling than that lot?

Lady Constant Ann Oyannce Payne stuck her head in the undergrowth and discovered an Archaeopteryx guarding her nest.  She was scratched, but emerged with a beaming smile on her face, her hands holding a warm egg. 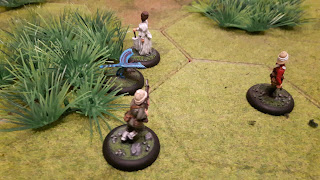 Meanwhile, an Allosaurus appeared right in our midst. 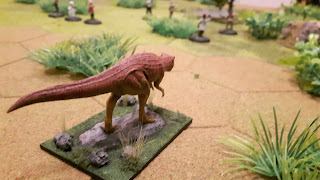 Although we tried spotting the blooming thing and proceeding to shoot it if we managed to, we clearly didn't know how to hit the broad side of a barn.  This allowed the Allosaurus to waltz up to Goonda and eat him. 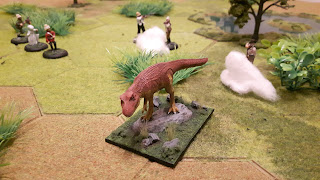 So we did what anyone else would do in the face of such ridiculous dice rolls.  We decided to enact the "Fudge That!" house rule.  Goonda was only in the jaws of the Allosaurus.  So one we had finally managed to hit it it (you know, just an inch from the Allosaurus' safe exit from the board) we brought Goonda back!  For some reason he managed to run back to us rather quickly! 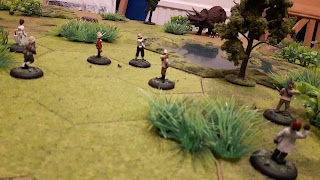 Under the rule that it couldn't get any worse than this, we explored further into the board. 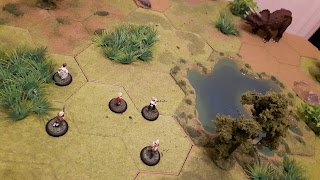 Just in time to meet a Triceratops. 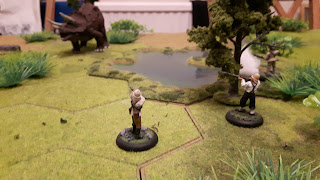 Which of course we spent a lot of time trying to shoot and kill. 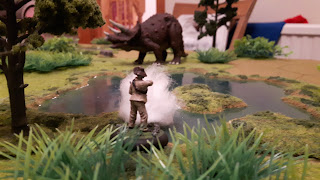 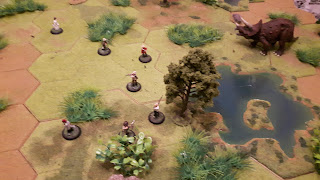 Well, that and the next pack of Velociraptors that came along of course... 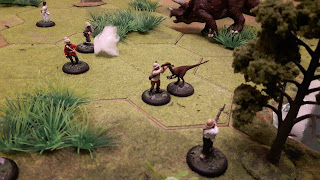 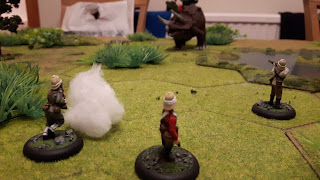 Finally we managed to fell the mighty beast. And not before we managed to roll a number of 97's when we had like a 90% chance of success. 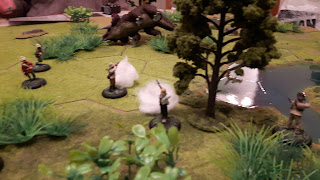