The Greatest U Turn in (Wargaming) History?

To be honest, I'm in a bit of a state of shock.  I've always wanted to wargame the pulp era. And I don't use the word 'always' lightly either. As a child of the seventies and teenager of the eighties I grew up with three and then four TV channels. And for those of you too young to know what this means, let me spell it out like an old fizzer.

It meant the only stuff worth watching was all the black and white cliffhangers on BBC2 weekday mornings during school holidays. Which meant I was raised on such shows as The Rocketeer. And one night a week at 6pm you got Jonny Weismuller's Tarzan films. The later colour ones with whatsisname in it were simply rubbish in comparison. I recall being adamant on that fact (the state of mind, not the pop star that is!)  And apart from the decent Star Wars trilogy, the other films you got excited about were Indiana Jones. Yes, even the Temple of Doom!

As I blogged a few weeks ago, I've struggled to find the perfect rules set for Pulp gaming. And VSF. I've liked one aspect of one set of rules, and another from a different set.  But nothing from the whole.  So I decided to go ahead and write my own set of rules, taking the ideas I like out of all of them, and mash them together into something that might just work.

Look at me, going all Margaret Thatcher, declaring I'm not for turning. 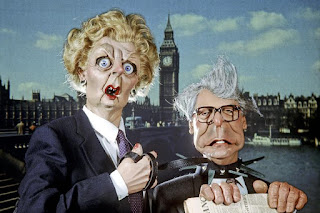 Trouble is, I'm more like Obama than I thought.

Come on, America, you know what I'm talking about!  Only last week he did a 180 degree turn around on military tribunals.  And he keeps readopting Bush policies he condemned back in 2008.  And let's not mention the lack of Congressional authorisation for military action in Lybia, keeping Guantanamo open and...oh dear, I'm getting all political.  So sorry.

Point stands though.  Because I've made a complete U-Turn!

In Her Majesty's Name has really grown on me. A lot of this is due to looking at their blog on wordpress. I had no idea they had so much extra stuff. I have their three volumes published by Osprey, but the discovery of IHMN Gothic is nothing short of a revelation. 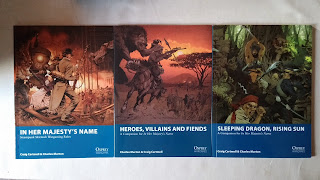 I began looking at IHMN to determine whether it or Chain Reaction 3.1 would form the basis of my rulesmash. Only now, I find myself putting together my own company and simply wanting to play the game as is. I may well bolt on the GASLIGHT rules for crating fantastic weapons and conveyances, but I can't help feeling I may not need to. Ka-blam!  U-Turn

And as for Pulp era? 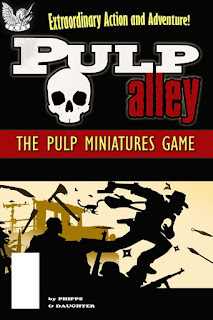 I am completely hooked.

And before you get all critical, can I please remind you of that moment at half past two on the afternoon of 9th March 1965 when Dr. Martin Luther King Jr. fell to his knees in the middle of a road and began to pray.  That decision to turn back at Selma paved the way for voting rights.

Which goes to show that sometimes, a u-turn can be a bloomin' good thing!
Labels: In Her Majesty's Name Pulp Alley Pulp Era Wargaming Steampunk Victorian Science Fiction