Well, it took a  little over four hours, but the windows are done, and with it, the first of the buildings for my modern American city board for our upcoming All Things Zombie campaign.  The first picture shows the nineteen remaining windows and single door cut out of the card.  The acetate has been cut to size as well.  Of course, they have also been scored ready for folding, but you can't tell that from the photo! 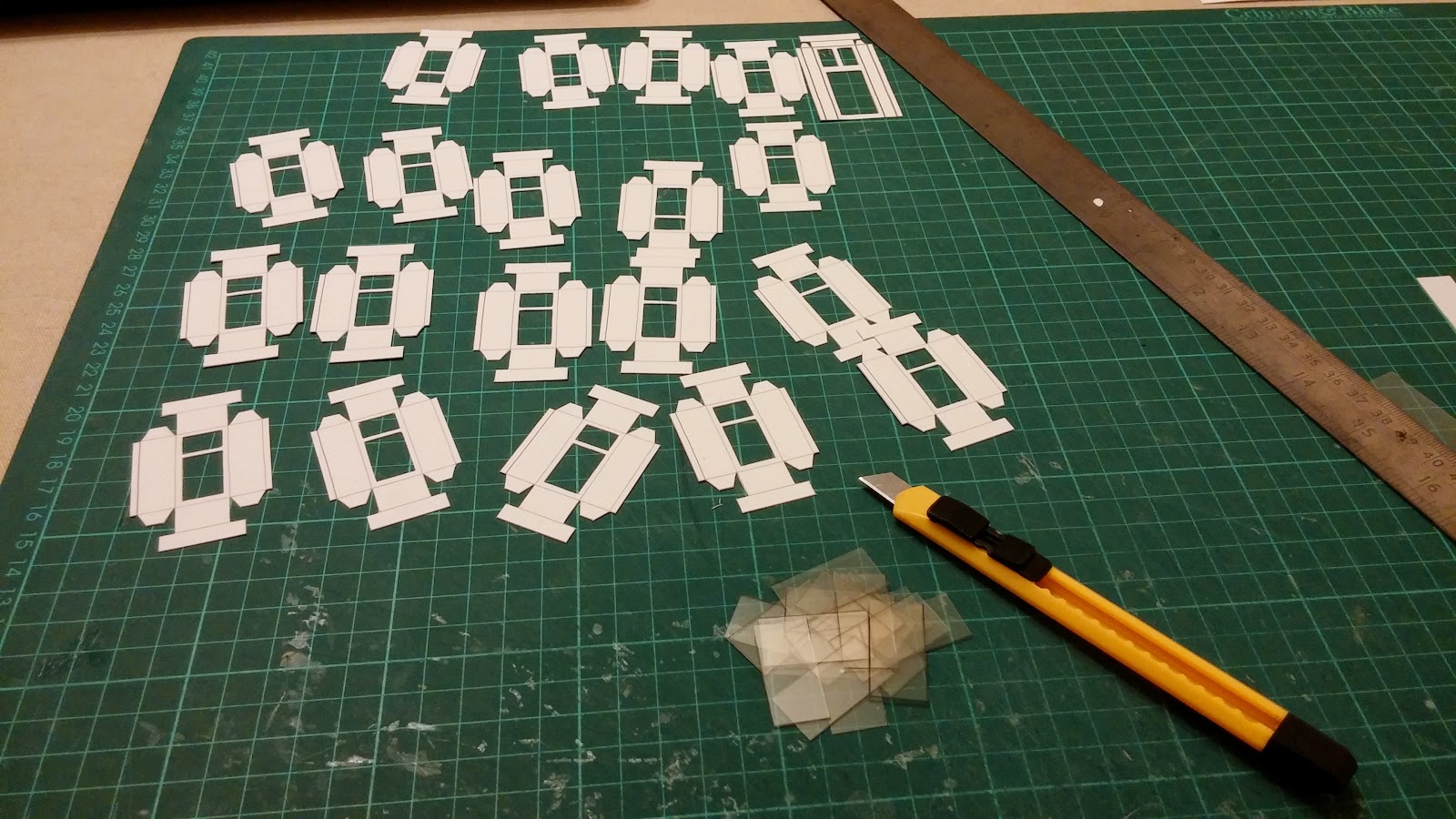 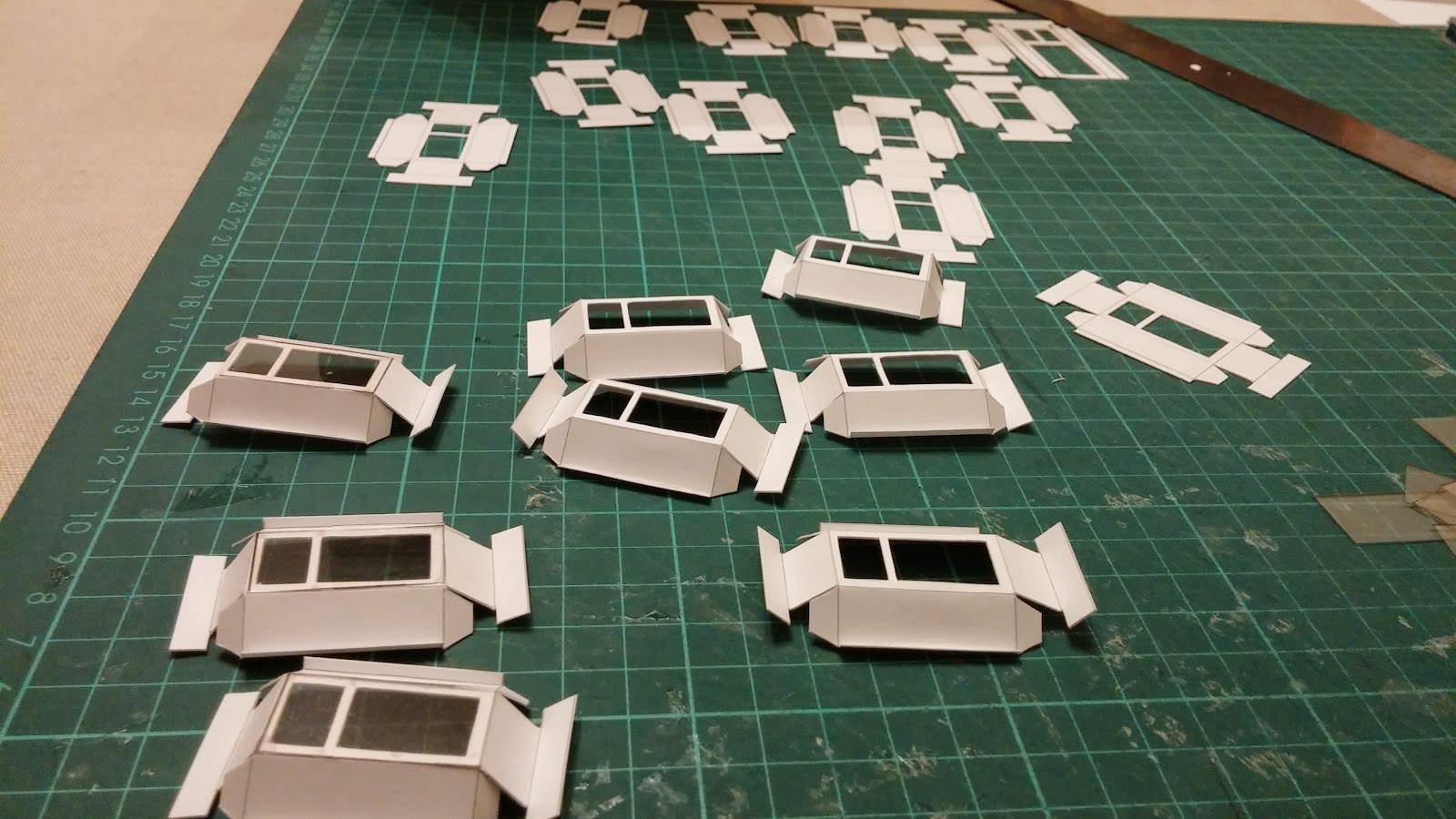 Despite this, I persevered and got them all folded and with their acetates attached. 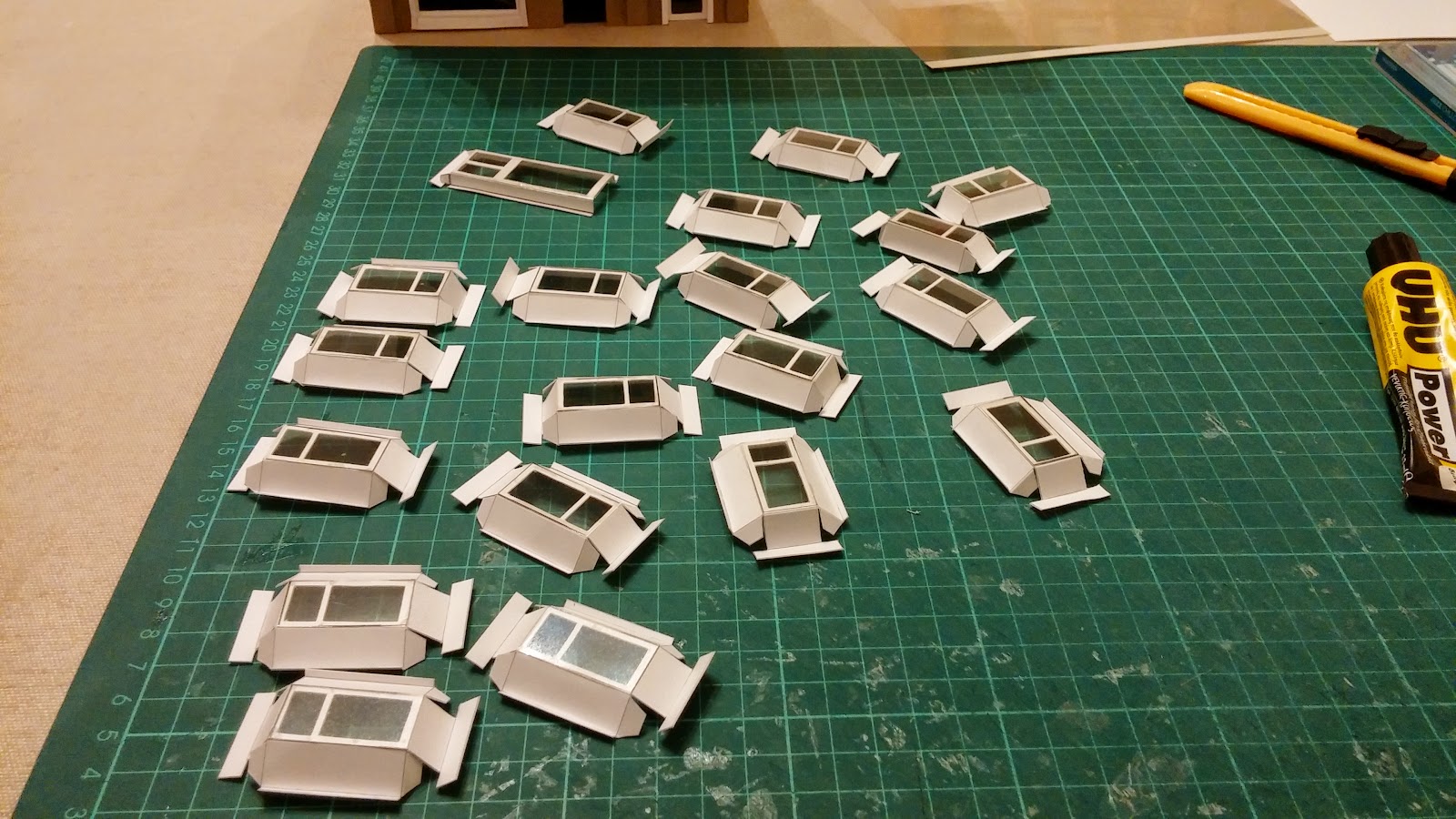 Now, I had planned to take pictures of the individual window frames as they were glued together and positioned in the building.  But as you will know if you use Uhu as I do, it's not too long before you end up sticking your fingers together more successfully than the card.  You also manage to fill the air around you with tiny strands of glue web that drift everywhere you don't want them to go.

But when all's said and done, the result makes it all seem worthwhile! 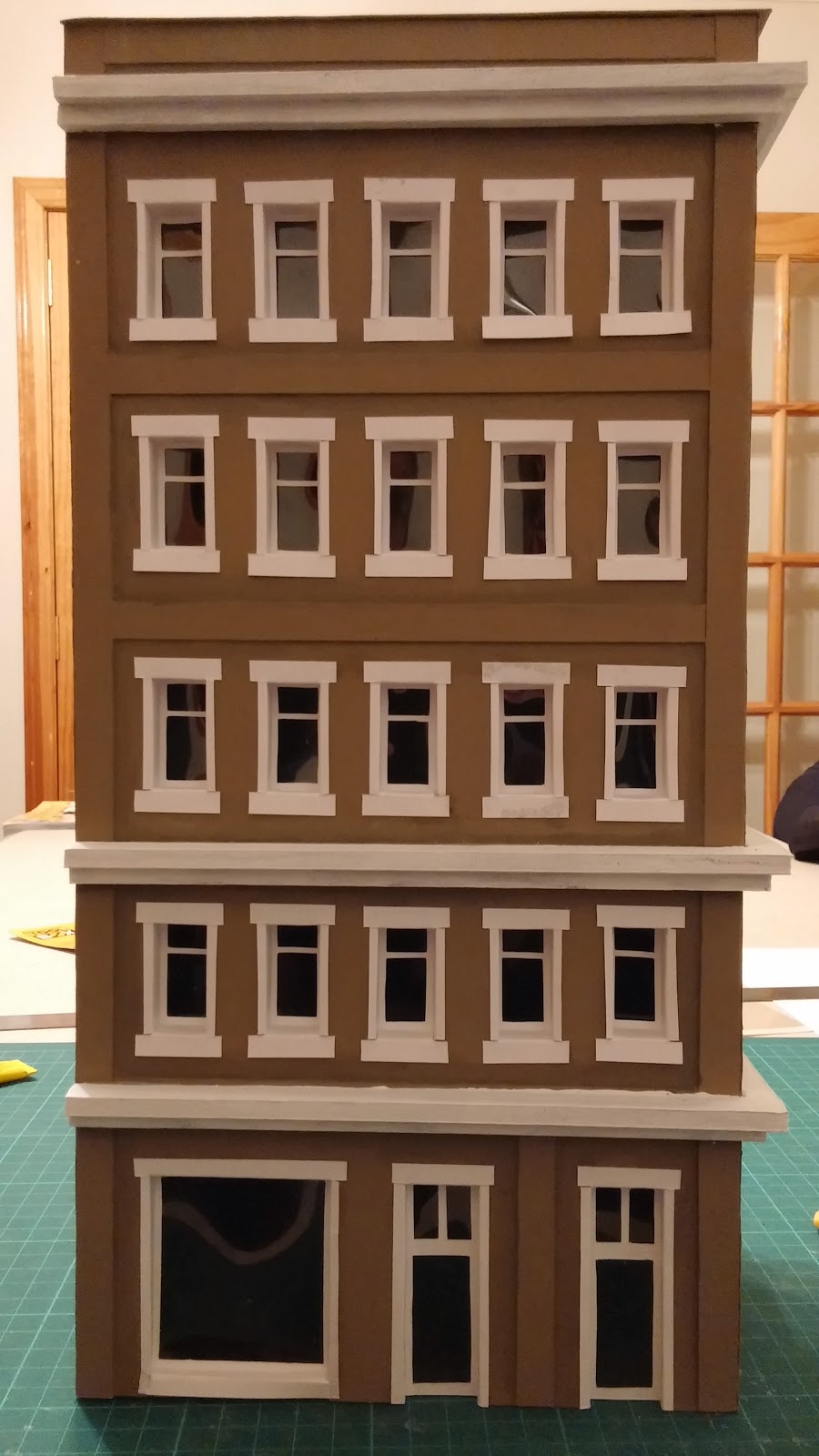