PBP, as you may remember from my previous posts, is the name I give to the perennial problem we wargamers suffer from.  It's the effect of seeing your fervor for one period / product / army swept away in an instant when you stumble across that next shiny miniature / system / whatever and can no longer remember what you should be finishing off. 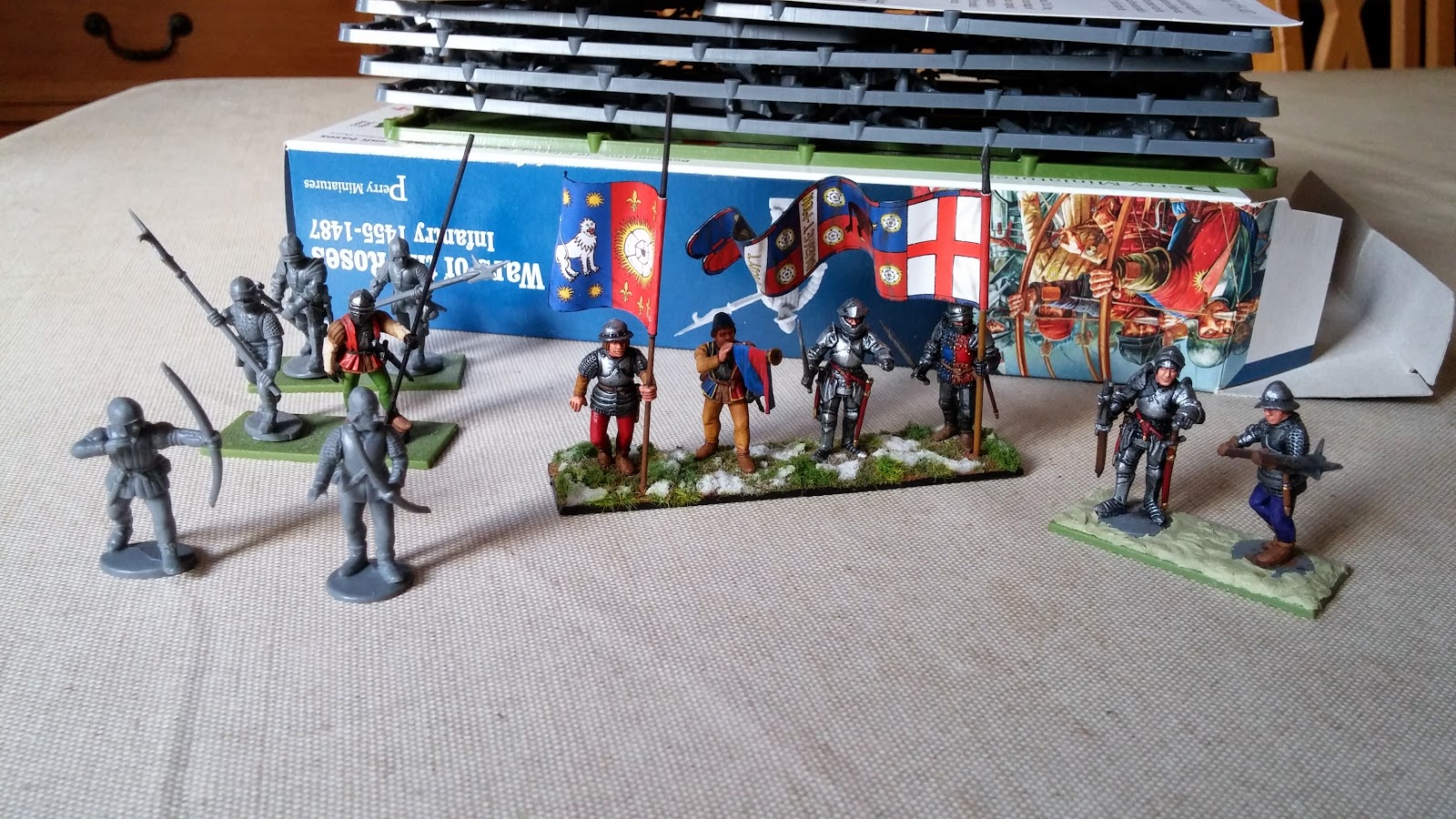 I suffer PBP all the time.  And it struck again at the weekend.  In my defence, all I can say is it's not my fault!  On this occasion I can blame Daniel Mersey.  You see last Saturday saw the arrival of Dan's newest ruleset through my letter box.  I'd ordered it back in February as soon as I knew it was going to be released.  And yes, I had checked my Amazon account regularly in the intervening months.  If truth be told, I'd spent the preceeding fortnight counting down the days.  I was that excited.

Rather annoyingly, every time I write wargamer or wargames, Blogger adds one of those annoying red squiggily lines under them.  I'm getting paranoid I can't spell any more.  Of course, when I query the word with a right click, it keeps offering me 'Legwarmer' as an alternative.  Really, Blogger?

Daniel Mersey is one of those rare wargames designers who writes instantly enjoyable and playable systems. Systems that feel appropriate to the setting, but not hidebound with unnecessary clutter. In Song of Arthur and Merlin he put history into the game.  And in Lion Rampant and his earlier release Dux Bellorum which kicked off the Osprey Wargames series, he puts the game into history.

I can think of no higher compliment.  And it's an accolade that's more than deserved.

Ever since I was young, I was fascinated by the medieval period.  And ever since I was first introduced to wargaming a little over thirty years ago, I always wanted to have a Medieval Army.  As I looked into the period, I was drawn to the Wars of the Roses.  Even more than Burgundian Ordonnance.  But medieval armies in most wargames systems are anything but small.  And there's the problem.  Cost.  Because I love Medieval Warfare by Terry Gore.  But that needs a lot of miniatures.  Sure, I could settle with DBA, and I love its derivative HotT, but there aren't enough figures on the table to make it feel like a medieval army.  Boy am I picky?!?!

Thankfully in recent years Perry Miniatures have come to the rescue with their fantastic, and ever-expanding range of plastics and metal miniatures for this period.  As far as I'm concerned Alan and Michael are the best in the business.  By a very long shot.  But this leads me to my next problem.

I take an age to paint.  I'm a painter who games.  Which means I probably take too long (read lavish my devotion on) painting each and every model.  Why?  Because if it's worth spending my hard-earned cash on, it's worth taking the time to paint it properly.  And that takes an age when PBP is always lurking just around the corner...

Lion Rampant has bridged the seemingly-impenetrable divide, and has done so with flair, verve and Dan's usual style.  It's a fantastic wargame, (no, not legwarmer) dealing with the first part of that name in a style befitting the latter.  I've not played it (I don't have enough figure painted - what a surprise!) but after reading the rules a few times, I feel more than qualified to say it's exactly what I'm looking for.

Which is why I went to town with rebasing those figures I had started making back in 2010, moving them from unit bases to single 25mm round bases from Renedra.  Which takes me right back to where I started.  Pandora's Box Paralysis.

Because right now I'm surrounded by foamcore, ruler, set square and biro.  Because I'm supposed to be making a building for All Things Zombie.  But I stopped because the dimensions weren't working.  The proportions were all wrong.  And if you're like me when you hit that proverbial brick wall, you may just find yourself back in the 1460's, wondering whether to winter base your retinue as a mark of respect for those who fell in the bloodiest battle on English soil at Towton on Palm Sunday 1461.  It was also the first use of the handgun in battle, but I digress once more.

And what makes it worse is that I'm now surrounded by foamcore, ruler, set square, biro, Perry Miniatures, scalpel, glue, bases and a laptop to write this blog.