A Tale of Three Decks

I've been so busy designing publicity and multimedia for my work this last week that I decided to stay in the same vein with my hobby and get round to finishing off all the cards for The Rules with No Name.  It's been a long haul to get here with the file being originally crated on 16th April of last year!  What it really needed was the opportunity to spend a few hours on it.  And I'm delighted to say that I've managed to cram the necessary time into a number of sessions over the last few days.

I have three sets of cards for the game. The first is the Fate Deck which is so central to the whole system. I've included a Bystander card in the Fate Deck and have created my own Bystander Deck which will allow the random arrival of some honest-to-goodness townsfolk at the most inopportune moments of the game. The other deck is the Drunk Deck which randomly determines the actions of any figures with only a little blood in their alcohol stream...!  Such random events are not to everyone's liking, but personally I think they make a great game even greater.

Here's a taster shot of the cards. 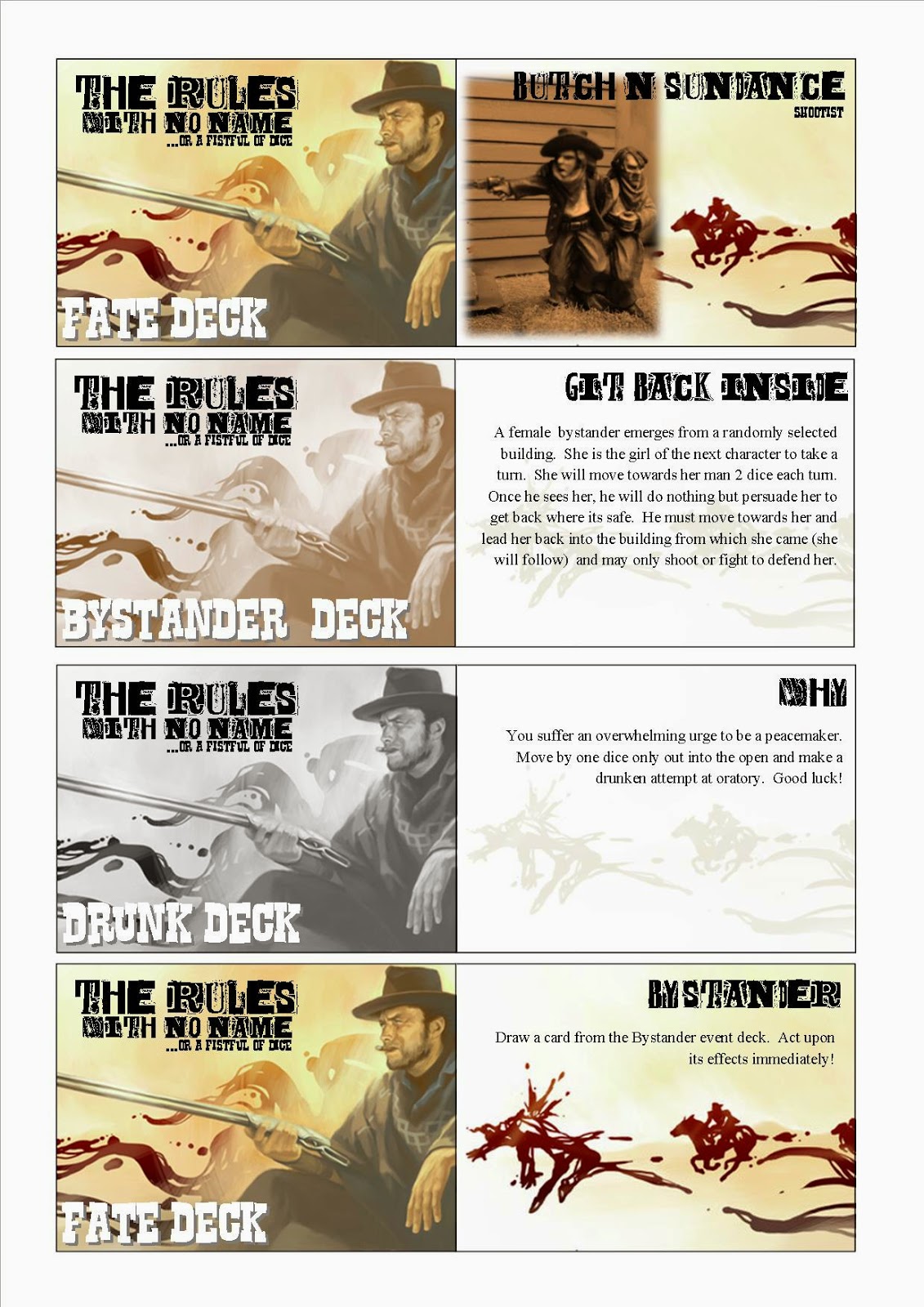 Can't wait to get this game onto the table!
Labels: Old West Wargaming The Rules with No Name