Can't See the Wood for the Trees?

Sometimes you think you've really done everything you need before you pack away the glue and card and take out the paints. You convince yourself that you're ready to move on. And then, when you least expect it, something pops up in front of your paintbrush and reminds you to be more humble.

This project is no different. No sooner had I got over the hurdle of trying to paint my buildings (see a previous post!) than I began to realise the gargantuan nature of the task ahead of me. And no sooner had I got past that stumbling block then I noticed the bits I had fogotten. Like the Land Assay office which somehow managed to get lost in the crowd and not get any steps added. Let alone a hitching post for horses. Where was my brain? Then there's the bank I began painting last night. Looks good from the front, right? Well, turn it around and for some reason there is absolutely no edging on the gable ends of the extension roof.

And to prove how honest I'm being, you can see I posted a pictuee of it. Even though it has only the base coat of paint on its roofs and walls. I don't normally like airing my work in progress when it comes to painting. But it proves my point.

So what's best then? Block working stage after stage on multiple models and run the risk of missing one out? Or totally focus on each model completely? I can see pros and cons to both.

So until I figure it out, its a healthy dose of humility and a case of never keeping the card, glue and craft knife out of arm's reach! 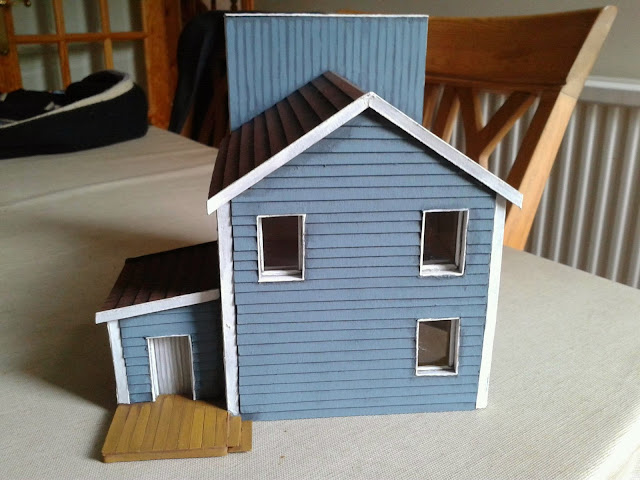 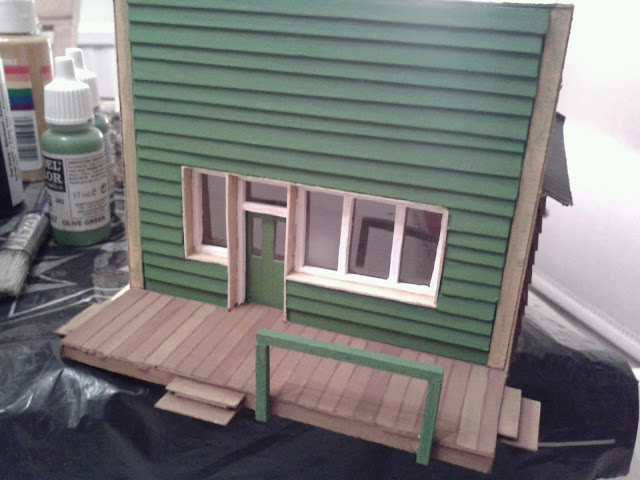 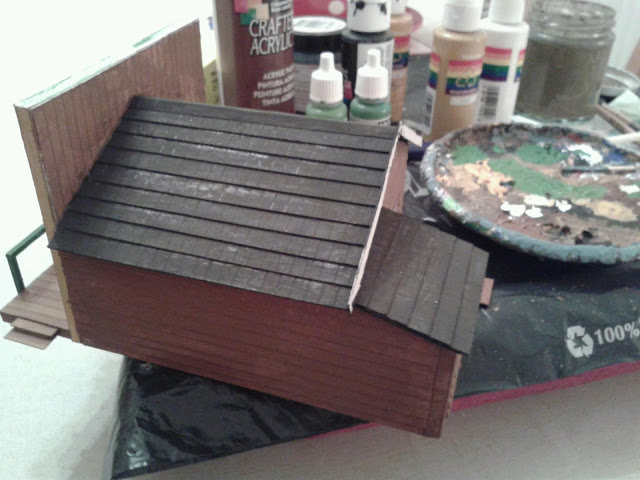 Labels: Old West Wargaming Scenery The Rules with No Name