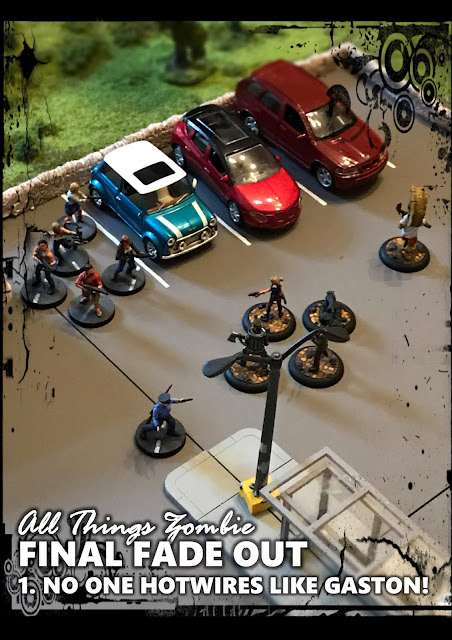 I was absolutely delighted to be able to launch a new campaign for All Things Zombie recently.  Even more exciting, we had decided to try out the Final Fade-Out edition of the rules.  So not only would I be able to introduce Andrew to the sheer brilliance of the game, we'd also be sharing in the fun of the new edition.  Now, I'm not going to say there weren't any head-scratching moments.  There were times I slipped into the original version of the rules.  But I soon managed to extricate myself from that predicament and get back on track.  What I will say is that the Final Fade-Out rules are wonderful.  There's more Zeds on the table.  The whole experience is more cinematic.  It's faster. More intuitive.  And the narrative created is quite simply superb!

What's more, Andrew asked if he could do the write-up of our game.  Well, who am I to stand in his way? What follows then is Andrew's account of the events.  I only edited a few words.  Honest.  Anyway, I'll stand aside and leave you in Andrew's more than capable hands... 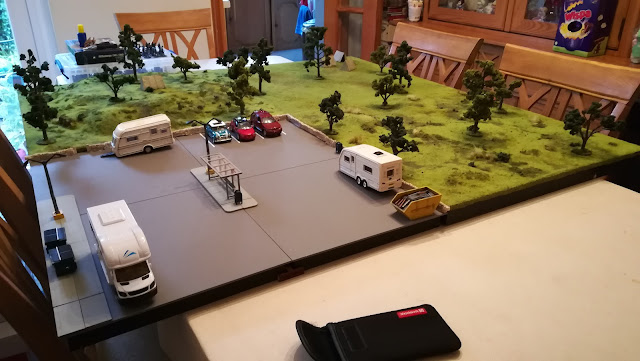 Lara gave JV a bemused look at the panting woman standing before them, not believing what this newcomer had just blurted out. Catching her breath, the quiet woman from the campsite up the hill swallowed and tried once more.

“I’m telling you, there’s something out there! They look like people, but…they’re moving all weird, just shuffling along. I think…I think they might be zombies!”

Lara and JV exchanged another look. Zombies. Out here in the woods. Of course.

Gemma stared at them wide-eyed, her frustration growing.

“You have to believe me! If we don’t get out of here now, we might not get out at all!”

The trio turned as Chloe and Roger returned from the lake, hand in hand. They smiled brightly at the others, oblivious. 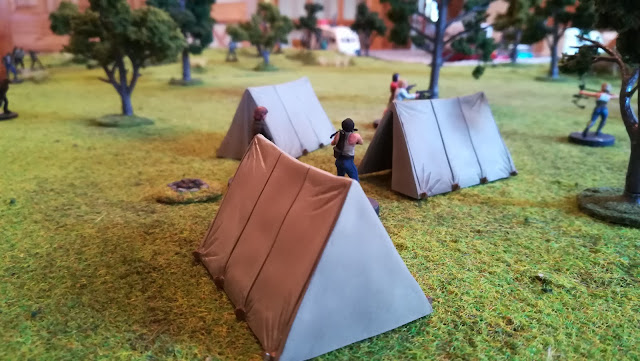 Alex was running. Or at least, Alex was running as fast as he could whilst carrying a long hold-all through an uneven camping park.  It was filled with guns and, for some reason, two Olympic grade bows. What the evidence room of the police station was doing with several automatic rifles and a pair of archery implements was probably better not considered, he decided.  He picked his way across the hills towards the lake where his friends were supposed to be camping. 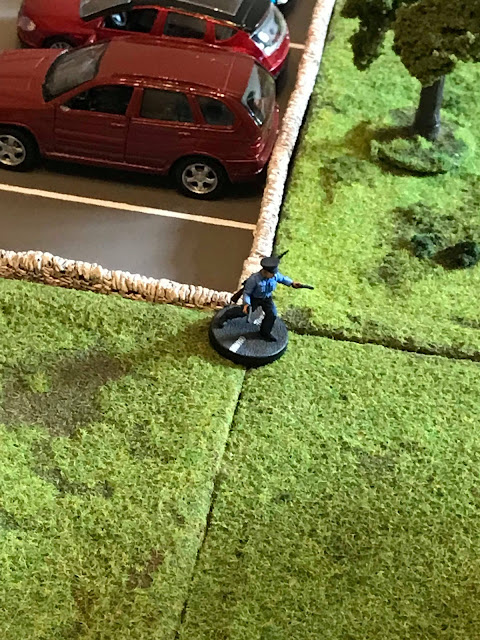 A post-college reunion. Was that really so difficult? Just a few days out at the lakeside with three of his high school friends, catching up on their respective studies and the places they had seen on their travels. But no, the zombie apocalypse had to break out when their WiFi signal was being blocked by the dense forest on the outskirts of town. Grabbing the nearest pool car, Alex had sped out to the site with blue lights blazing, seeing more and more of the walking dead shambling out into the suburbs as he went. He had been so distracted by the Zeds that he had failed to notice that the previous owner of the car had forgotten to fill the gas tank...  Fortunately, there had been just enough to let him reach the edge of the car park. They'd need something else to ensure their escape though.

Alex decided to worry about that later. For now, it was time to run. His friends needed to defend themselves, and it was up to him to make that possible. 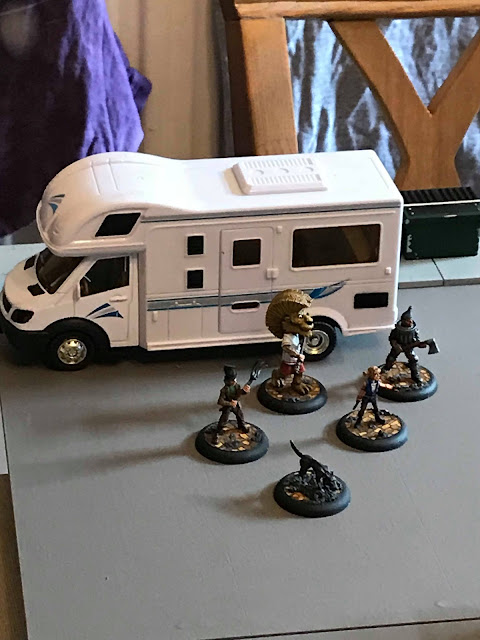 A second group wandered into the car park, noticing the panting police officer as he vanished into the tree line. They were an unusual bunch; a young woman flanked by a Scarecrow, a Tin Man and a – well, not quite a lion, but he was dressed like one. Her dog ambled around her ankles, whimpering.

“That’s right Toto,” she murmured, “Looks like we won’t be going back to Kentucky Fried Chicken.”

“Any ideas, Dorothy?” Scarecrow asked, looking around at the darkening evening blankly.

“Logically, our best course of action would be to claim one of these vehicles and make our escape whilst the outbreak is still contained,” the Tin Man advised, gesturing to a large camper van nearby.

“Anything, so long as we get out of here!” the lion complained, his mascot outfit turning left and right as he jumped at every shadow. Dorothy fixed her gaze on the spot where the police officer had disappeared.

“If I didn’t know any better, I’d say he’s coming back with people,” she decided, “So we’re going to wait and see if he makes it.  If he does, we can all get out of here together.”

A low grunting sound made her turn. Three Zeds were stumbling out of the darkness towards them.  Frowning, she drew her pistol and took aim.

“Until then, we hold this position.” 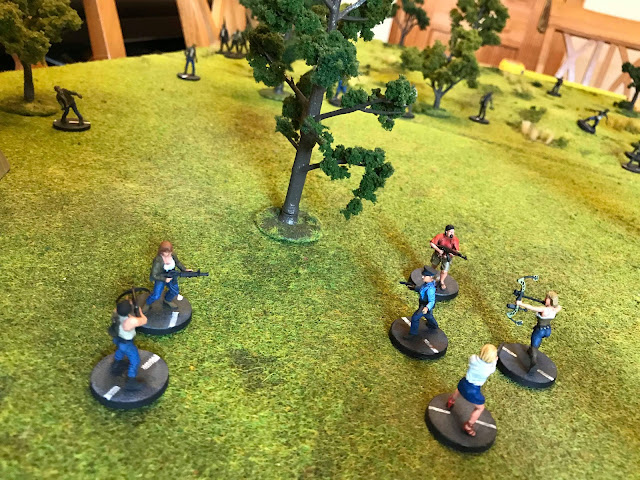 They could see them now. Slow and shuffling, drawing closer with every step. The group drew closer together by their tents as the Zeds emerged from the trees, forming a loose ring around the campsite.

“I told you!” Gemma cried, her gaze flicking from one Zed to the next, “We should have run when we had the chance!”

One of the Zeds seemed to be moving faster than the others, coming at them in a run. Lara clenched her hands into fists, trying to look braver than she felt, but then the newcomer was close enough to recognise…

Alex skidded to a halt in the centre of the group, throwing the bag at their feet. “Everyone grab a weapon and let's get out of here!” he instructed, looking around at the group. His eyes flicked briefly to the clasped hands of the couple, noting the ring glittering there, before averting his gaze to a Zed that was drawing too close for comfort. Raising his pistol, he fired a shot which snapped the creature’s head back.

“As I said; time to go!” he said more urgently as JV and Lara took point at the front clutching semi-automatics. He was not sure whose shooting surprised him more; JV the drama school graduate or Lara the barmaid. Noting another Zed approaching, he fired but the shot went wide. Laughing, the tall man next to Chloe shouldered him aside.

“Allow me; no one shoots like I can!” he boasted as he lifted a crossbow to his shoulder and perfectly placed a bolt between the Zed’s eyes. He smirked at Alex, only for the smile to fade as the Zed continued to advance, the bolt protruding from its face like a unicorn horn. 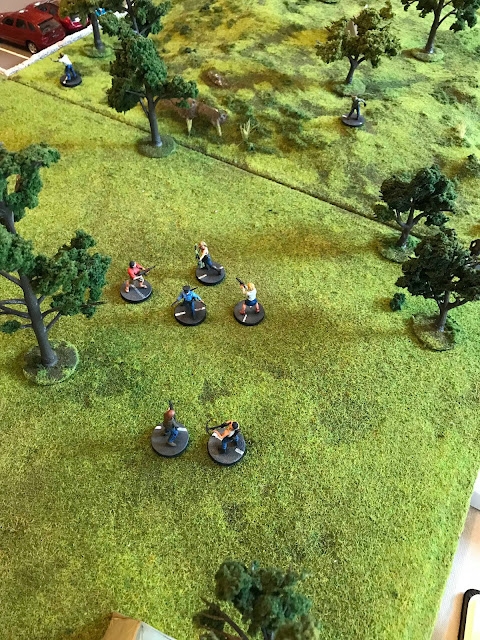 “Look out!” Dorothy called as she fired again.

“Huh?” Scarecrow replied as the Zed right behind him was felled by the bullet.

“This waiting around is pointless,” Tin Man grumbled, “We could be gone from here by now. All of this shooting is just telling them we're here!”

“I don’t want to be here!” Lion groaned, too busy looking around to notice the baseball-capped figure stalking through the trees towards him.

The sound of automatic gunfire was drawing closer. There were survivors! Cupping her hands, Dorothy called out.

Every Zed insight paused. They turned. They looked right at her. 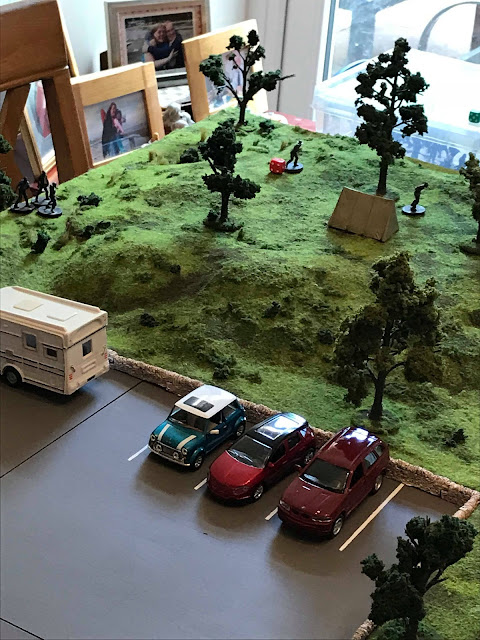 The group sprinted into the car park, guns blazing as they caught sight of – well, perhaps not the most normal of people, but people nonetheless. JV leapt onto the hood of a mini and sniped the head off of the baseball cap wearer, his decaying hands barely inches from the Lion’s back. Giving a final groan of “Baaaaaaaazzzzzz….” the beheaded corpse lay still. 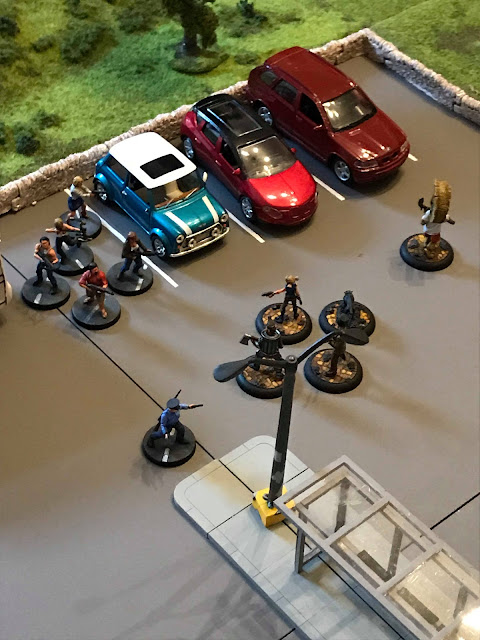 Alex found his way to a young blonde taking on the Zeds with a pair of pistols, snapping off shots left and right as the horde began to catch up.

“Dorothy. Worry about that later. Run!” 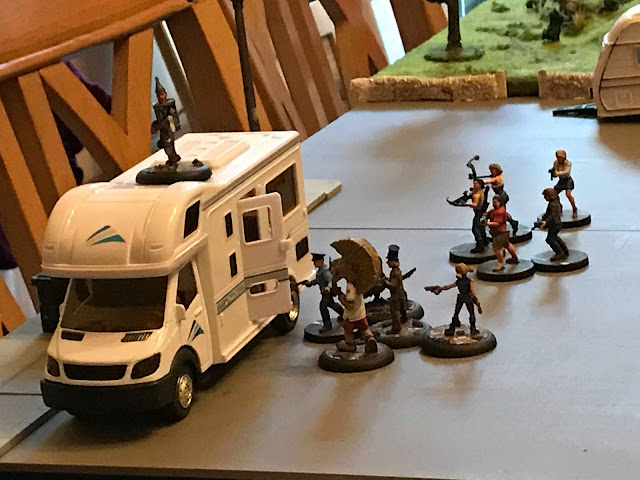 “The most logical thing you have said so far!” Tin Man agreed as he fled for the camper van with the others following. One by one they threw themselves into the back as dozens of Zeds broke cover and shambled after them. 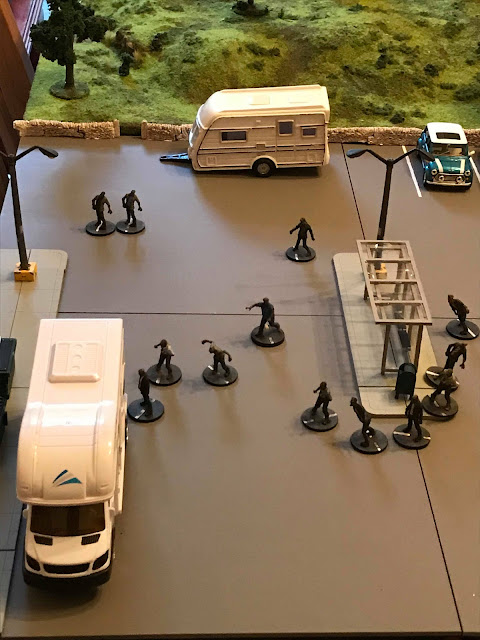 “Tin Man, get us out of here!” Dorothy called.  Tin Man looked perplexed.

“But…there are no keys! How can we drive out of here without keys?”

“Aren’t there any in the sun visor?”

“Now really, Dorothy. Why would someone leave their keys in this van? Would they want someone to just steal it?” Tin Man tutted at her. Scowling, Dorothy clambered into the front with Alex and Roger.

“Allow me!” Roger insisted, “No one can Hotwire camper vans like I can!” He shoved a hand under the dashboard and the windscreen wipers began to move, a loud crack coming from the wiring. Dorothy gave him a withering look.

The van came alive. Or at least, the lights and alarms did. Releasing a banshee wail, the van lit up like a Christmas tree, the full beam headlights illuminating the hordes of Zeds starting to surround them. Screaming, Dorothy shoved the three men into the back with her boot and vanished under the dash.

She was rewarded with a rumble as the engine fired, grabbing the steering wheel and flooring the pedal. The Zeds moaned on all sides as they left the campsite behind, fleeing into the endless darkness. Alex climbed back into the passenger seat beside her and she gave him a wry smile. 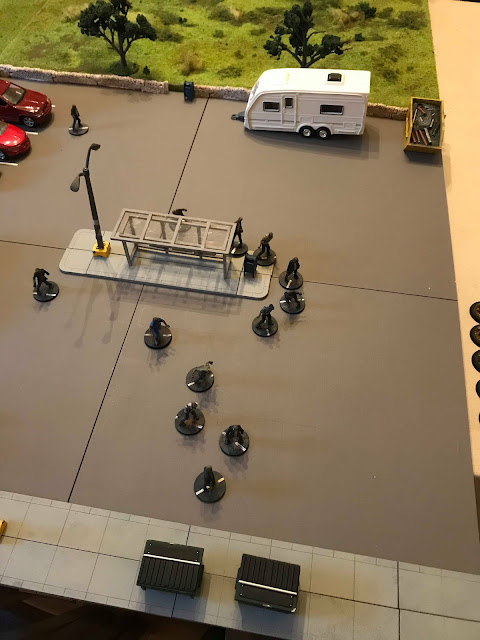 The van roared on into the night. 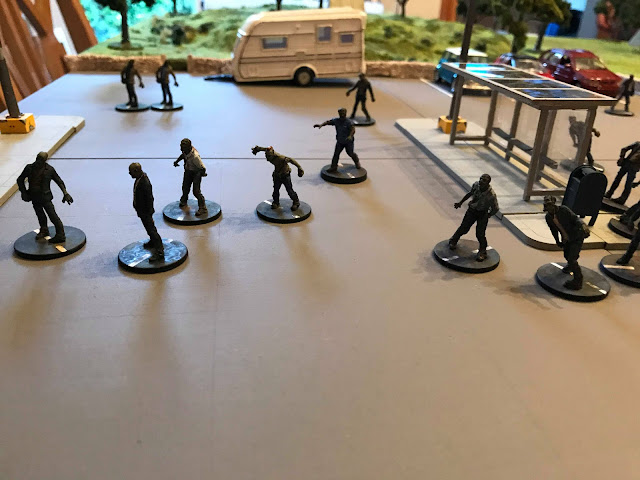