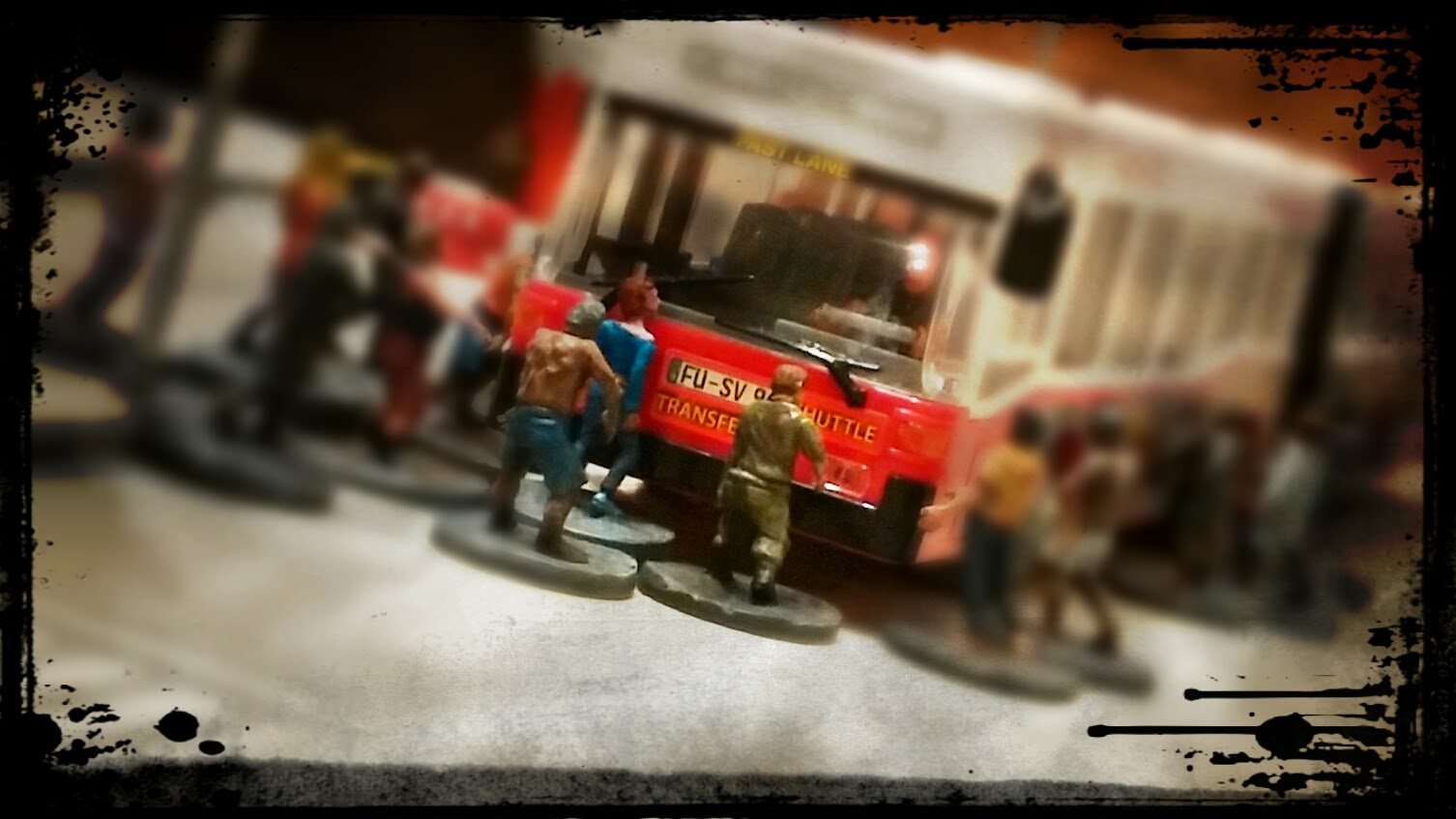 A few weeks ago I was getting all nostalgic reading through my old All Things Zombie campaign from 2014-15.  As a result, I ended up creating a post with links to each episode in sequence.  it's been a rather popular post too, and I hope its encouraged at least a few of its readers to have a go at this excellent system. 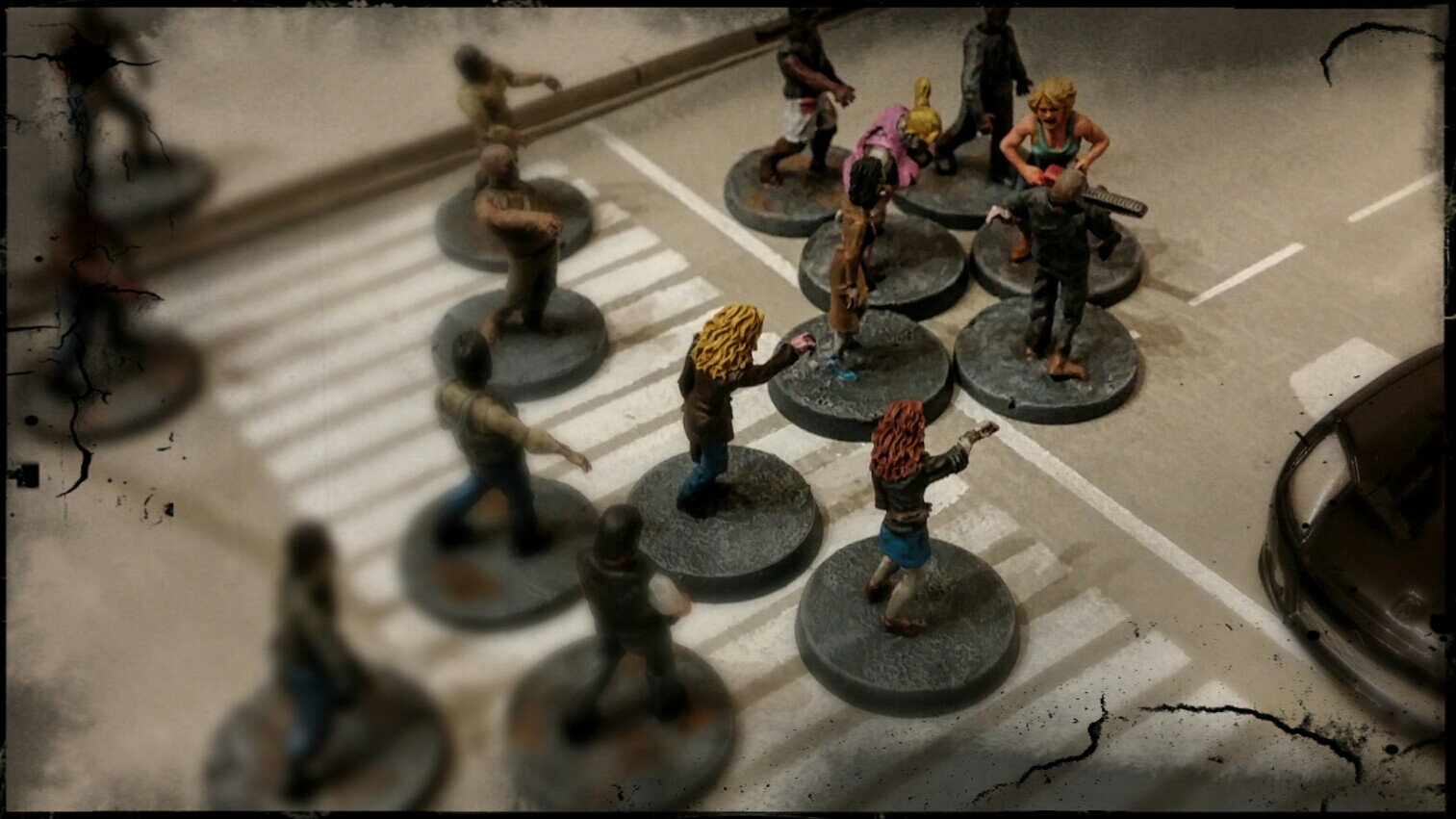 I seem to have a bit of a pick and mix situation going on with my hobby at the moment.  in currently in the middle of a large campaign of In Her Majesty's Name.  I've been assembling a platoon of Commandos for Chain of Command.  I still have a number of Lancastrians to make for my Lion Rampant Wars of the Roses Project.  And in among all this, I've been working on some modern city buildings.  Of course, this has all been a little sidetracked by the arrival of What a Tanker!  And I'll not mention my Napoleonic forces waiting in the sidelines for Sharp Practice 2...

So when Andrew got in touch all enthused by my ATZ campaign, he quickly asked if I would be willing to run a campaign of our own.  With so many projects on the go, there really was only one response.

"Definitely!" I exclaimed without a moment's hesitation.  (Well what do you expect?  I love this game!) 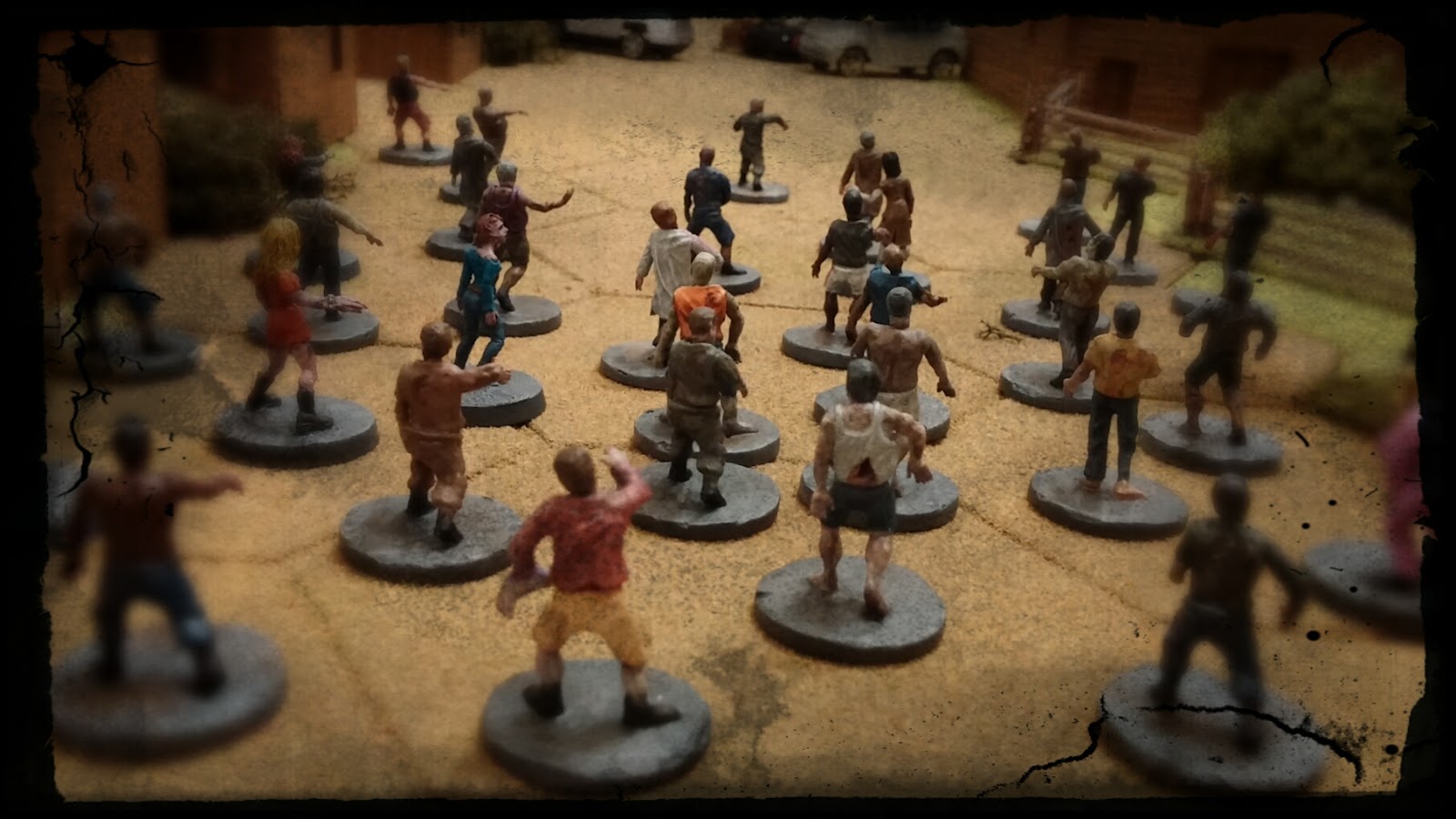 Derek and I played our campaign with the Origins Award-winning original edition from 2005.  Since then I had gotten my hands on the later edition, Final Fade Out along with its supplements Haven and I, Zombie.  There are a number of changes between these systems.  Perhaps most noticeable is the introduction of PEF's (Possible Enemy Forces); creating the secondary characteristics of People and Savvy; adding random events; reducing Zeds to Rep 3 and putting a lot more Zeds on the table at the start of the game.  I don' think any of these changes make the game any easier to win.  But this edition does streamline things a lot. Thanks to its new clearer layout, it's much easier to find the information you want.  And the procedures seem to be much more streamlined than before.  Yes, as with all Two Hour Wargames there are tables.  It's what makes the reaction system possible.  But it's a lot easier to use them.

Of course, there will be a bit of a delay while I get things ready for our games.  We've decided on the starting point of our game.  This isn't necessary, as there's one already in the rulebook.  Plus, if you have Haven then you've got a whole town and campaign at the ready for your games.  But we have our own organised.  We've rolled up our gangs (which I hope to share in the coming days) and we are looking forward to our first game.

But there's one problem you see. 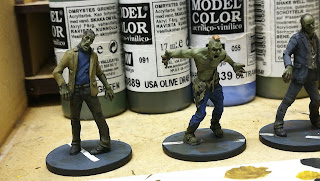 Yes, I know I played a campaign three years ago.  But you see, at that time I had created the scenery while Derek painted the Zeds.  A lot of Zeds.  I never got round to painting much of mine.  And that's a big shame just now. Well, it is on one sense.  In the other, it's not.

I say this because I'm really enjoying painting Zombies!  And unperturbed by the enormity of the task ahead of me, I saw a bargain for eighteen Zombiecide walkers on eBay.  I was really impressed with their sculpts and I knew from reading about them online that they were perfect for 28mm wargaming.  So I ordered them.  And I have to say they're even better in the flesh.  They are also a dream to paint. 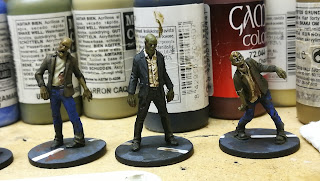 So expect to see some modern city buildings come together among my painting frenzy.  One thing's for sure - this hobby of ours is never dull!