Welcome to the Golden Age! 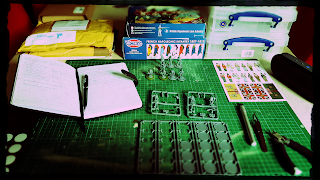 They say every culture has it's Golden Age, the most flourishing period in a nation's history.  The Israelites had Solomon.  Romans had the Pax Roman from 27BC to 180 AD.  France had Louis XIV, the Sun King.  Germany had the Golden Age of Weimar from 1924-1929.  And Africa has apparently been blessed with not one but three Golden Ages. 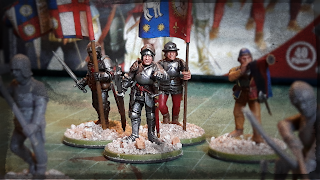 And on a personal level, it looks as if I'm entering mine! 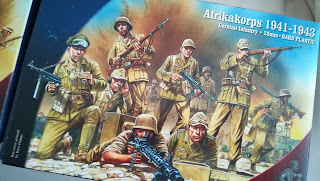 I've never had much cash.  Truth be told, most of the year we hardly have enough to get by, but we're far from alone in that experience.   So over a lot of years, aided greatly by the gradual release of Perry Miniatures' plastic ranges, I've been blessed to be able to get my hands on some beautiful models.  Many of the purchases were impulse buys, in those first moments when you realise that a box of Perry Miniatures opens up a period of gaming I've always wanted to play but never thought would be possible.  There wasn't a lot of forward planning at the time.  It was more a case of absolute delight at being able to purchase some lovely miniatures. 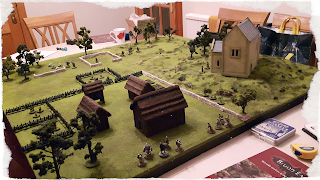 Alongside this, I've been making judicious use of gift money I've received on Birthdays and at Christmas.  Our loved ones generally don't know what to buy the discerning wargamer in their lives.  For me at least this often means a small stash of cash comes round twice every year. 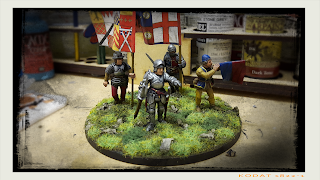 I think the wargaming hobby, in general, has entered its own Golden Age in the last few years.  It certainly has for me at least.  The Osprey wargames series has been inspirational.  It has allowed us to dip into various historical periods, enjoy crossover with fantastic elements; step into sci-fi with low-cost buy-in and good rules to enjoy.  Perhaps most importantly for me, it introduced me to The Ministry of Gentlemanly Warfare.  In Her Majesty's Name (which we are only now actually getting round to playing) has led to Blood Eagle, Daisho and IHMN Gothic!  I'm very excited about their upcoming fantasy rules.  Skirmish wargaming has never been so good! 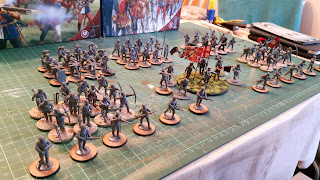 And then there's Too Fat Lardies.  I can't over-emphasise how wonderful their rules are.  Large Scale Skirmishing more than makes up for the financial impossibility of putting large armies on the dining table.

Because right now, I have more miniatures than I ever thought possible, and I know and own the rules I want to use to play with them.  And I'm loving making my miniatures.  It's an aspect of the hobby that I think is often overlooked.  I've always loved it.  I've never had lots of opportunities to do it.  Most times I just look longingly at miniatures on websites and dream of times like this.  Nowadays I'm actually not looking at wargaming websites with a wistful look in my eyes.  I'm actually planning armies and assembling my troops (quite literally). 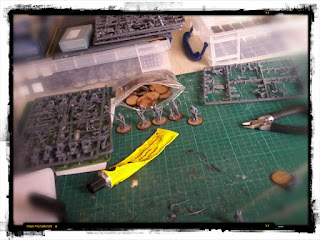 I'm continuing to make my Lancastrian force for The Wars of the Roses which will be played using Daniel Mersey's Lion Rampant.  This is a project which has grown arms and legs since it began.  I can't stress how much I'm loving seeing this dream become a reality!

Then there's the Napoleonic period.  This is what got me into historical wargaming in the first place.  Truth be told I still hold out a dream of having two large 28mm armies for this.  In reality, I'm so desperately excited that I now own the figures I need to play Sharp Practice 2 from Too Fat Lardies.  Again, I'm still in the assembly stage some of which can be seen here and here.  Once the Napoleonics are done, I have plenty of American Civil War miniatures that'll further help me spread the lard!

Thanks to Chad Sikes I've now found a set of rules I can use my Warlord Games Celts and Romans starter box with.  I love the visual appeal of Basic Impetus armies.  I should also add that I'm planning to use my Pike and Shotte starter box for Baroque too, for the same reasoning! 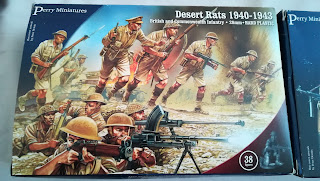 I have DAK and British 8th Army Perry Miniatures I'll be using for Chain of Command, again by Too Fat Lardies.  For now though, I'm using the Flames of War Open Fire! box set to give me two 15mm armies for the same rules.  You can read a little about that here.

I've also started collecting forces for the Sudan.  I plan to use The Men Who Would Be Kings for this.  If I'm honest though, I'm a little sidetracked with this one as Perry have just released their Zulus.  I always said that I was holding off gaming the Zulu War until Perry released some plastics.  You can see where this is heading...! 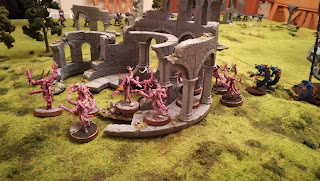 If you've followed this blog for a while, you'll also I've had a kind of homecoming in the last year.  What am I talking about?  Well, 40K 8th Edition has lured me back to Games Workshop big time.  And I'm loving getting back into the GrimDark.  More specifically, the Smurfs have been dusted off and had some games.  I'm now in possession of a large Cadian force and begun work on it.  I've also been infected with Nurgle's Rot and begun a Death Guard force.  And a Blood Angels force.  I've also been seen planning an Adeptus Mechanicus force as well. 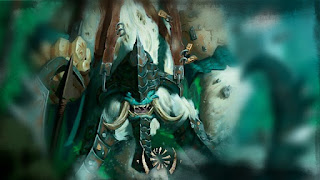 This has also lured me into the Age of Sigmar and I've started work on my Beastclaw Raiders.  If the rumours are to be believed, I may well be getting into Blood Bowl at some point in the future! 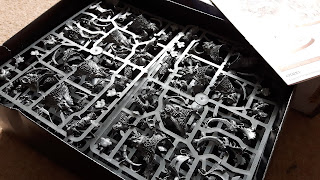 Now, as with us all, life has a habit of getting in the way of the best-laid plans of many a wargamer.  I'm certainly no exception to this rule.   I'm not following any deadline for these projects.  Each one is a dream come true.

I just wanted to share the joy I'm finding in my hobby.  Because if you're struggling to find the cash to turn your wargaming dreams into reality, I say one thing with certainty.  I've been there.  For years.  it really sucks.  But it will come to pass.  So hang in.  Because when it does, it'll feel as epic as your own personal Golden Age!
Labels: Age of Sigmar Chain of Command Games Workshop Lion Rampant Perry Miniatures Sharp Practice 2 The Men Who Would Be Kings The Ministry of Gentlemanly Warfare Too Fat Lardies Warhammer 40K 8th Edition