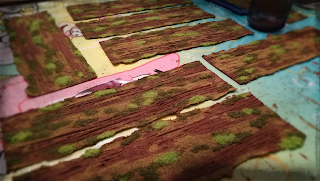 Yup, I'm definitely overwhelmed by the response to this generic terrain project!  Thank you one and all for your kind comments, +1's, Likes and hearts!  If you've only just stumbled into this project, you can catch up with the story so far by viewing part one here and part two here.

I'm making dirt tracks for my 28mm wargaming using only acrylic decorator's caulk.  I'm following a post I came across from back in 2012 by Brian on The Warbard which you can see here.  My thanks to Brian for commenting on my posts so far, and the helpful advice of Pat Smith (he of Wargaming with Silver Whistle).  You can read their comments at the bottom of my blog posts.

So this post is all about how I went about painting and flocking my dirt road sections.

The first thing I did was to paint the edges of the undersides of my sections.  You wouldn't need to do this if you use a brown caulk.  I didn't and so wanted to make sure that no white was visible.  This took to coats.  The caulk was rather shiny in comparison to the upper surface, due in no small part to how smooth they were.  You can see in the next photo the difference adding a second coat does to them. 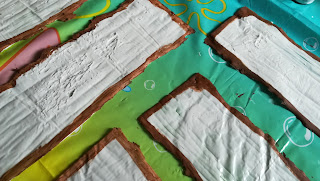 With this done to all the sections, left them to dry thoroughly before turning them the right way up and applying the same brown paint.  I'm using Cinnamon Brown Crafter's Acrylic from Decoart.  It's a 236ml / 8 US fl. oz. tube of paint that cost less than a pot of Vallejo paint.  I gave each section a generous coat of paint.  Truth be told, I squeezed out a large amount of paint onto the piece I was working on and then worked it in with my brush.

Painting large areas are best done with a larger brush, but I decided against using too big a brush for this job.  I wanted to get really good coverage, especially in the crevices.  I painted mine using a size 5 brush.  It might not have been quick, but it made sure that the paint covered everything.  You don't want long bristles gliding over the details. 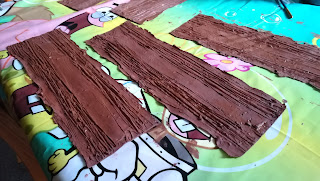 When dry, I applied a second coat.  With the best will in the world, you'll have some bits that look a little patchy.  Sure, you can avoid this by using Vallejo, but it'll cost you a fortune.  My way is more much financially practical. 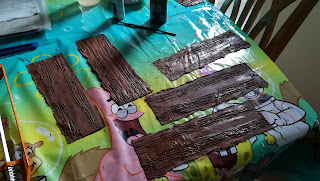 I made a deliberate decision not to drybrush my dirt roads.  I know that sounds like I'm breaking every single rule of making wargames terrain, but I didn't feel it was necessary, or that it would have any benefit to the look I was trying to achieve.  I want to create something that hopefully looks realistic.  I didn't want to add a wash to the sections.  What I want to do is make the dirt roads look like a combination of footsteps and cartwheels have cut into the soil, producing mud and gouging tracks through the grass.  As the tracks I have made in my dirt road sections are pretty deep, and because the cinnamon brown paint I have used looks rather muddy, I decided to let my flocking give the necessary gradients to my roads.

I left mine overnight before starting to flock them.  I doubt they needed anything like that amount of time to dry.  It's just that it was late.

So the next day I began applying the first layer of my flock.  All the flocks I'm going to talk about are the building blocks of my wargaming terrain boards.  The colours I'll be using are exactly the same as those that feature on my boards.  I use the same colours on my miniature's bases.  The continuity ensures that figures, drop on terrain and the boards themselves all fit together as a cohesive unit.

First up then is my Woodland scenics Blended turf.  I'm using T50 Earth Blend.  This is my go-to soil colour.  I begin by applying PVA glue to my section.  I always work one section at a time.  I'm aiming to cover as much of the purely flat areas in the centre and along both edges, but I also dab a few bits on the raised sections between furrows.  This will make the tracks stand out and begin the process of blending these pieces into the rest of my terrain. 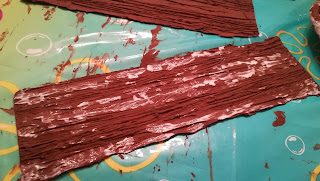 Here's how they looked once this was completed: 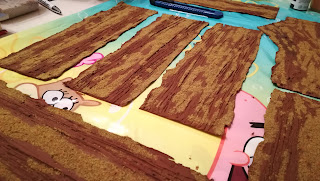 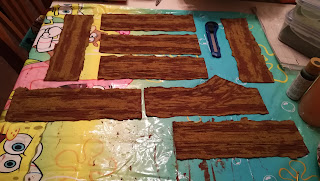 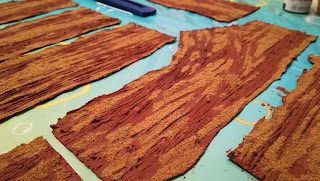 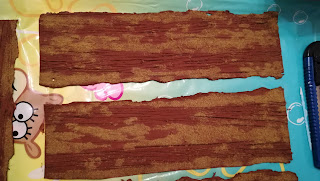 Wth the excess tapped off, I began to add my next layer.  This time I'm using Woodland Scenics Blended turf T49 Green Blend.  I apply PVA to the boards first, placing it in the middle of the earth blend areas as well as adding little bits to some of the raised furrows.  You don't need anywhere near as much of this as the earth blend. 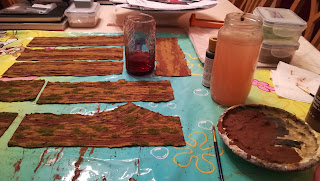 Here's how they looked when this stage was done: 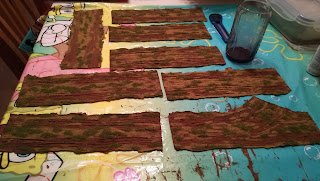 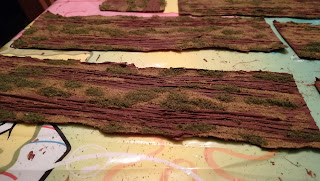 Finally, I added some patches of Noch Static Grass.  I use Spring Grass.  And yes, just like my terrain boards, I apply it with a pair of tweezers.  What do I mean?  Simply that I dab on a blob of PVA to the places where I want the stuff.  Then I take my tweezers, pick up some flock and dab it up and down on the glue.  I go back and get some more and do the same.  The motion helps the flock stand up.  The action also makes sure that it pushes the flock into the glue.  The action also gives the flock an irregular surface which I think looks more natural.  Again, you only need a very small amount of this stuff.  A few patches will be a lot more effective than a whole heap of them. 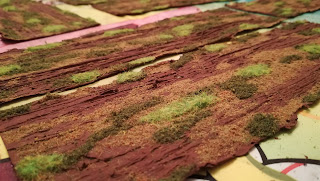 And this is what the finished pieces look like! 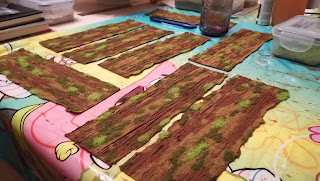 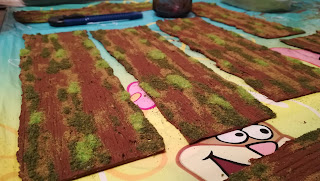 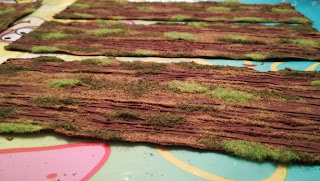 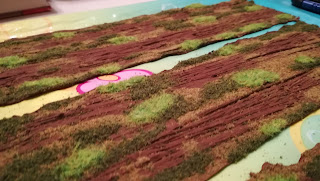 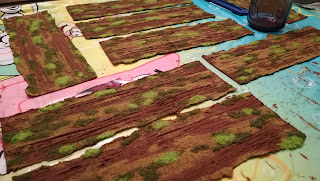 I think they look great.  And at 98p for eight sections, I don't think you can go far wrong!  So, if you need some dirt roads that don't have a high profile on your terrain; are flexible to mould themselves to the contours of your boards; are easy to make and don't break the bank, I heartily recommend that you have a go at this method! It's great fun and well worth the effort!