Okay. So in case you hadn't already realised, I love Blood Eagle from The Ministry of Gentlemanly Warfare. And whilst I knew I wasn't alone in recognising the brilliance of these rules, I confess I hadn't expected the exploits of my Anglo-Saxon hero Aethelweard to be so well received by so many people in SocialMediaLand. Of course, now that the Saga which bears his name has finished, I confess I greatly miss my hero. 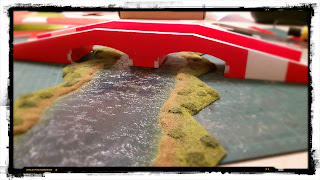 And with that in mind, we determined to record some of Aethelweard's earlier exploits. Some prequels if you will. And I've had this crazy idea spinning around my head for a few days. But I've not had the opportunity to put a voice to my idea, let alone start sorting out what I'll need to make it happen on our gaming surface.

And I can't help but wonder if I've bitten off more than I may be able to chew. But I'm not afraid to give it a go. Even if I only have this weekend to make it happen...

I must be mad!

My crazy weekend of hobby requires a bridge and a Troll.

Now to be perfectly honest, I thought I already had both. And in one sense I do. I have an Oldhammer troll from the 80's hiding in one of my boxes in the loft. He wasn't too hard to find. But he was harder to look at. 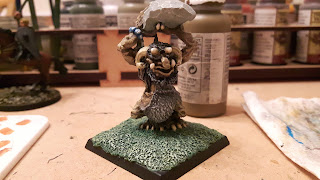 He was one of the first minis I ever painted. And back in the 80's, it was all about dry brushing. As you can see. And basing with milliput. Yes, it was the days of smearing the stuff on your base and then prodding it for hours with an old pin. 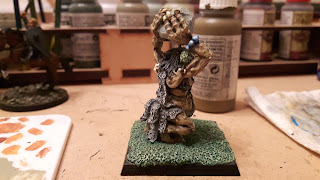 But no more!  I decided to take the plunge and rebase the model as well as try and repaint it. Out came the clippers, and there was suddenly no turning back! 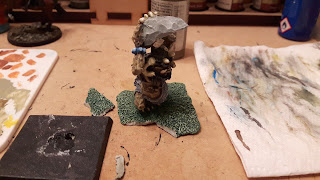 Liberated both from his base and the pin that held him there, he was superglued to a 40mm circular MDF base.  This was then covered with PVA and it was time for the troll to go for a stand in my base mix box. 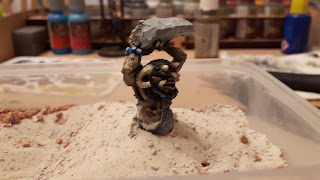 Which left him looking like this. He needed to be left to dry overnight, which wasn't a problem as Dad's taxi service was required once again...! 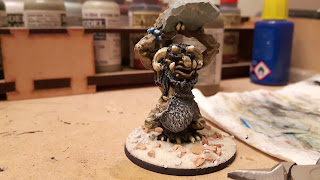 The enormity of what was ahead of me only began to sink in as I began to undercoat the model this morning.  As I did so I realised I was going to be out of the house most of the day.  I confess that this was the point I began to realise I have clearly bitten off more than I can chew. 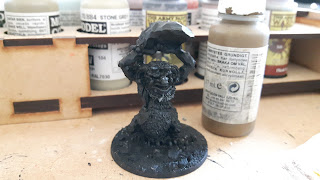 But with the encouragement of my family, I decided to persevere regardless.  I've been able to do some painting of the Troll, but I'll save the reveal until the paint job is finished.

My attention soon moved on to the construction of the bridge. 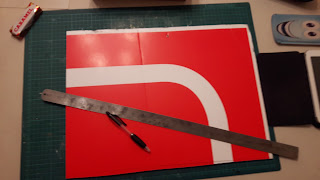 I looked out my trusty pen, cutting mat, steel rule and set square and began working out the design.  I wanted a gentle slope to the sides of the bridge and I didn't want it to be too high.  I'm not fond of some of the bridges I've seen where the sides are so steep they'd never have been made in the real world.  I did need to make a nice gentle arch.  Two in fact, given the span of the bridge.  This needed to be 21cm to accommodate my hexon river sections which would sit on my modular terrain boards.

So I added a completely new tool to my arsenal.  That's right.  A plastic plate.  It worked wonders.  Just so long as you make sure you don't leave any pen marks on it! 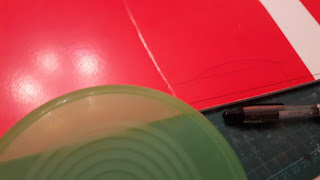 And here's the foam core with the parts of the bridge drawn out on it. 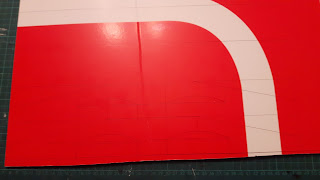 After cutting them out I suddenly realised I would need to have some way of holding the structure together.  I therefore went and cut some joints into my wall sections. The result was what you can see in the following photograph. 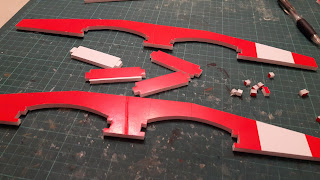 At this point, I realised I hadn't compensated for the height of my drop on terrain.  I had t accommodate a 5mm height, so this came off the middle support. 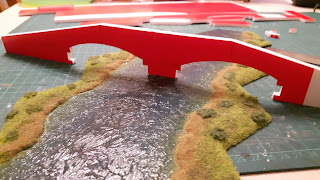 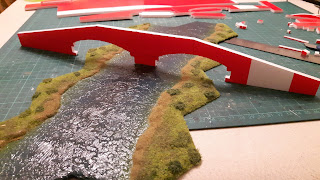 You can see the pieces here: 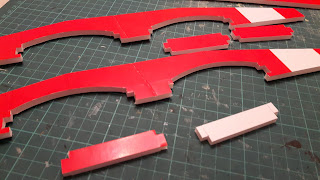 Then I began glueing them together. 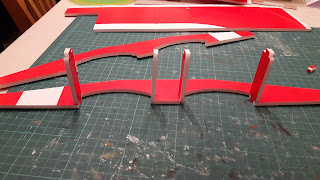 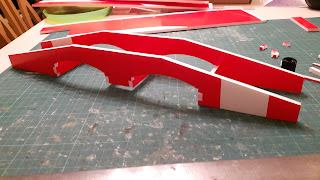 And with this in place, I was able to add the path section.  You can see in this next photo how I made sure that the top surface sat flush with the bottom of the two entrances.  Once cut flush, the bridge will sit perfectly flat. 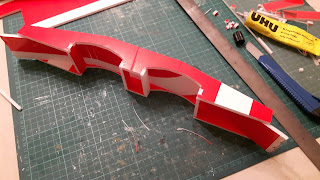 And here's the finished shell of the bridge in position on my river section. 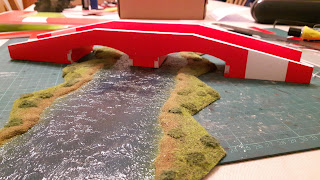 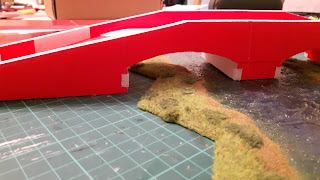 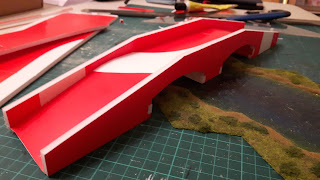 Right, enough blogging for now!  I need to get to work on the cardboard cladding to put some detail on the bridge!

As always, thanks for stopping by!  Do check in tomorrow evening to see how it's coming on!