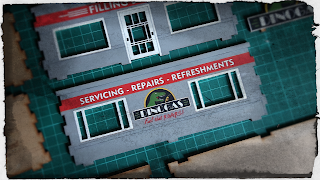 Sometimes things go according to plan.  Sometimes things take a slight curve ball and lead you in a slightly different direction.  Then there are those moments when nothing goes to plan.  This has been my experience this weekend.

I'd been looking forward to this weekend for a long time.  It gave me my first opportunity to get on with some serious hobby time.  And despite some humming and hawing, I knew what I wanted to do.  I wanted to work on my modern city base boards.  I had purchased these from TT Combat long before Christmas but had never had the time to make more than half of them. 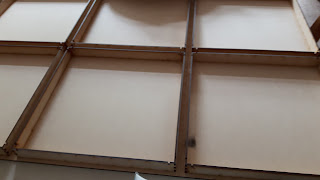 So I eagerly set to work making the remaining boards.  Which were an absolute delight to assemble and glue, I can tell you. 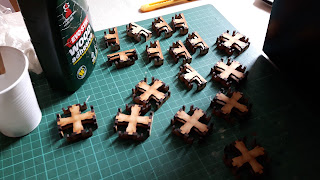 It was then that I began to realise I didn't have a lot of glue left.  Certainly not enough to make a size for the boards before painting them.  Oh well, I thought, might as well look out all that paint you plan to use on the boards for when you've got the glue.  So I went and looked it out.  And lo and behold, there was hardly any left of that as well.

And somewhere not long after that revelation, I discovered that finances were tighter than camel in the eye of the proverbial needle.  So there was no likelihood of getting replacement glue or paint before next month's pay.

So I did what anyone else would do in a similar situation.  Yes, I got a bit annoyed and frustrated.  And then I grew up a bit and decided that if the proverbial mountain can't be moved, I'll simply go and do something different instead. 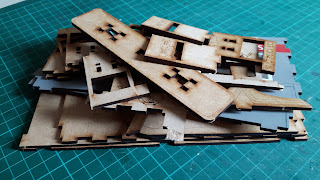 Of course, I was torn between which miniatures to paint, mainly because I had gotten it into my head for all these weeks that I was going to be working on some scenery. So scenery it was.  However, I couldn't bring myself to work on Sarissa's Chateau. I will return to finish it off some time soon, but not this weekend.  I could have gone back to the Police Station, but I had built this before painting it, so was aware it could be more of a scutter than I wanted to deal with just now. So I went to the loft and pulled out my gas station from TT Combat.

You can see the first part of this build here: Put Your Foot Down and Drive 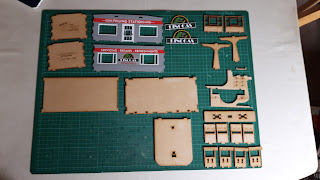 I laid out everything to see where I was at and what lay ahead.  Clearly I had a long way to go... 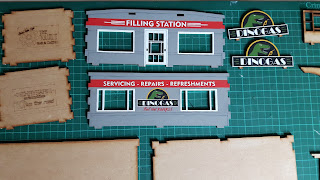 On the plus side, they had all been sized when I was last working on the kit.  So this means I'll have more than enough PVA left to glue it all together.  So with everything laid out andmy paint station to hand, I soon settled into my painting stride, figuring out what I was going to do with the windows.  You know, once they were painted.  Of course, I couldn't resist gluing the two signs together and fixing them into the roof. 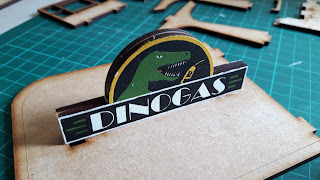 Work then began painting the roof. 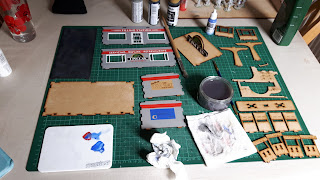 Here's an in-progress photo of one of the sides of he building.  You can see here how I painted the blue background first and then began to paint the writing on top. I'm simply using the designs laser etched onto the building itself.  You gotta hand it to TT Combat for putting this extra detail onto their kits. 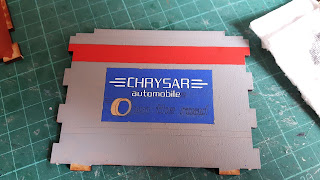 Here's the two inserts for the front windows of the gas station.  They've only had the first of the two coats I'll be giving them. 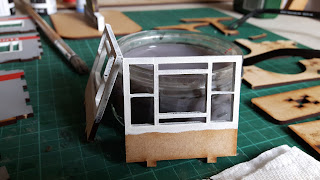 In case you're wondering, I'm deliberately painting the pieces before assembling them as it makes it much easier to get to the details. It's also much easier to paint the signs when the walls are lying flat.

I managed to start work on the petrol pumps too. They're the bits at the bottom of the next photo. 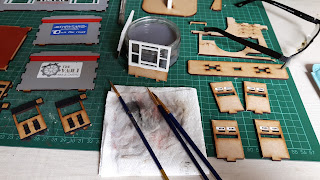 And if we take a slight move to the left, you can see some more of my work.  By this point the windows had received a second coat of white paint. 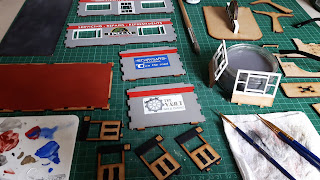 There's still a long way to go before everything is ready to assemble, but I have to say, it's nice to be back working on this kit!  I'll keep you posted with my progress.

Btw, I forgot to mention that this kit retails for the astonishing cost of only £7.95 post free to the UK.  They've just released a larger deluxe filling station for £14.95 which looks like this: