Well it's all been a rather exciting day! It began with me digging out my existing Spanish Peninsular buildings from the loft to take stock and plan my next builds. I then progressed to starting to paint my first French Grenadier. And now, before the family sit down to fill our faces with pizza and watch some films, I suddenly remembered my other order of aquatic plastic foliage had arrived a few days ago. 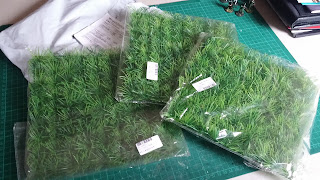 I purchased these on eBay a few weeks ago. It's so much cheaper to do this than going into a local pet shop. Each of these sets cost only £1.09. Post free. From Hong Kong. The only downside I can see is that you need to plan your order sufficiently in advance, as it can take a number of weeks to arrive. But that's hardly a problem in my book. 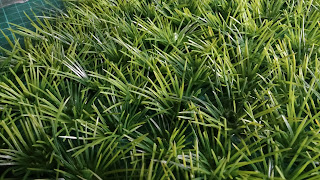 As you can see, it's excellent stuff and looks wonderful. Now, these are meant to sit on top of gravel and have another layer of gravel sprinkled over the top. Obviously this isn't going to happen to these ones.  Which does mean the frame is rather visible when it's simply sitting on the tabletop. 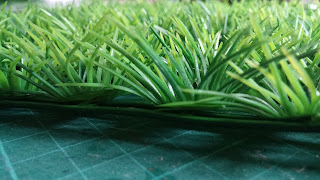 Not that it's really noticeable when viewed from the usual war gaming position! 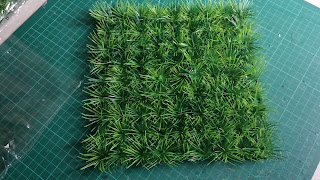 Here's a scale comparison, with one of my newly-found Nassau Jagers. I know it has no place in jungle terrain, but it was close to hand and does the job perfectly... 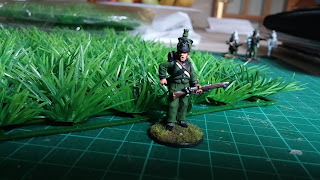 Of course, the big issue with these plants is the debate whether to base or not to base. Certainly the foliage is dense enough when placed on a cream table cloth (as you do!) Although it does look a bit square like... 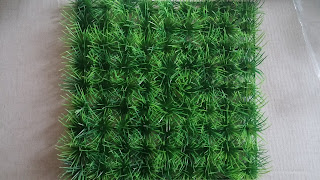 Of course, that grid layout is worryingly visible when it's held up to the light. So it's a good job that's not where it'll be used in gaming, then! 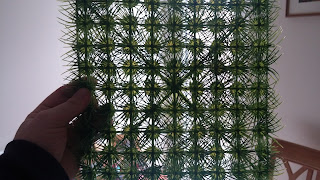 I know that there are plenty of how to's on the good ol' interweb explaining how to cut and shape mdf bases, add some poly filler, flock and individually drill and stick aquatic foliage into place.  I'm sure that's all well and good.  But if you take a single plant from the frame, this is what you get. 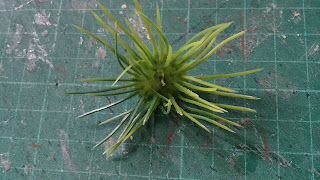 Not very inspiring, is it?  I think the foliage works best when kept in clumps.  And it seems to me that the spacing provided by the frame it's currently on is perfectly good enough.  So I decided not to base my foliage once again. This choice was proven to be correct when I removed the outsidebedge of the framing. Look how well it sits on the ground compared to that earlier shot.  . 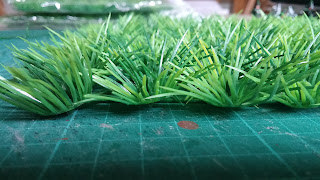 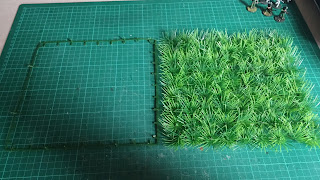 I then set about cutting the first square into smaller sections.  Here's what the underside of the first looks like. I've trimmed back all the redundant parts of the frame. 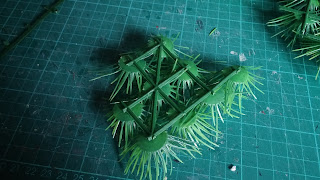 And here's a  couple of photos of the same section when placed the correct way up. 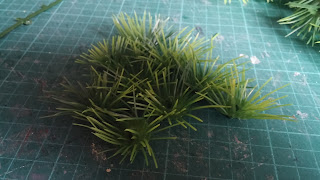 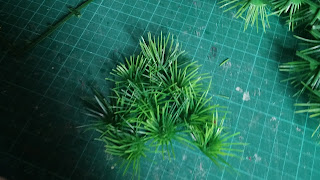 Which meant I still had all this to work with on the first frame alone! 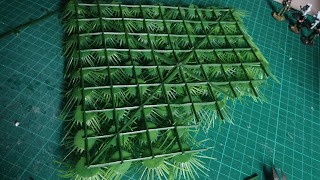 And when all three pieces had received similar treatment, I found myself with this amount of scatter foliage. 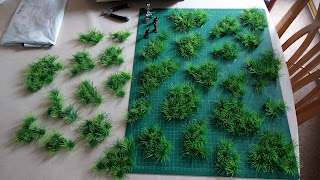 To be honest, I'm rather impressed with all this.  And with a game of Eat Hitler! scheduled for tomorrow evening, I'm sure it won't be all that long until I'm able to share some photos of this foliage in situ!
Labels: Aquatic Plastic Plants Eat Hitler! Jungle Foliage