The Shadows and Sunlight of London 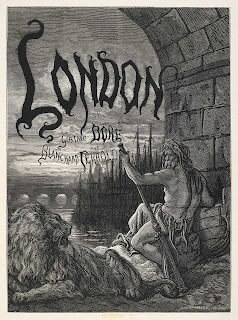 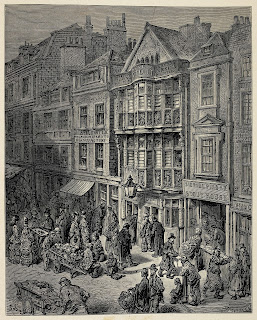 Late last night I had the good fortune to stumble across an interesting post from Craig Cartmell over on the IHMN Facebook group. It gave a link to a website containing original illustrations of Victorian London.  To say its content was most timeous would be an understatement. 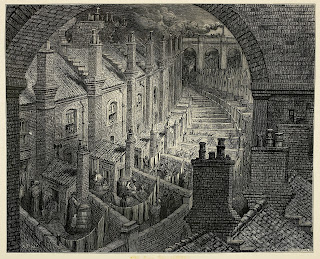 So to assume the guise of a cad and a bounder of the worst order, I present the following plagarism, lifted as it is verbatim from the interweb, to explain these wonderful illustrations. 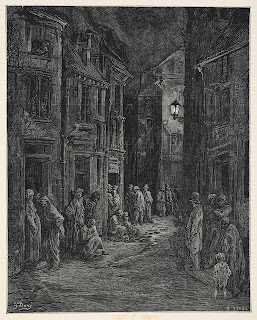 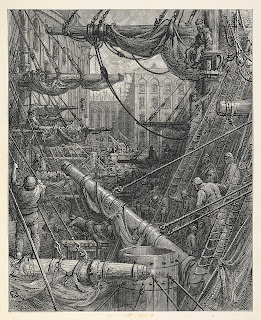 In 1869 the journalist Blanchard Jerrold (1826-1884) joined forces with the famous French artist Gustave Doré (1832-1883) to produce an illustrated record of the ‘shadows and sunlight’ of London. As Jerrold later recalled, they spent many days and nights exploring the capital, often protected by plain-clothes policemen. They visited night refuges, cheap lodging houses and the opium den described by Charles Dickens in the sinister opening chapter of The Mystery of Edwin Drood; they travelled up and down the river and attended fashionable events at Lambeth Palace, the boat race and the Derby. The ambitious project, which took four years to complete, was eventually published as London: a pilgrimage with 180 engravings. 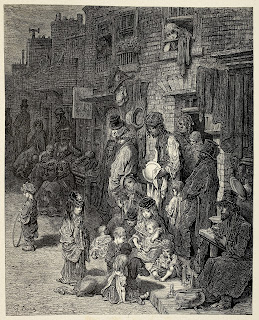 Contemporary critics had severe reservations about the book. Doré disliked sketching in public so there were many errors of detail; it showed only the extremes of society, and Jerrold’s text was superficial. Both were transfixed by the deprivation, squalor and wretchedness of the lives of the poor, even though they realised that London was changing and some of the worst social evils were beginning to be addressed. Despite these criticisms, Doré’s work has become celebrated for its dramatic use of light and shade, and the power of his images to capture the atmosphere of mid-Victorian London. 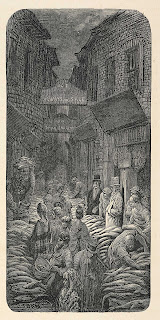