It's Beginning to Look a Lot Like a Zedfest (Again!)

Suddenly my workstation is littered with decaying limbs...thankfully little plastic 28mm scale ones. Yup, that's right. I'm back at the Zombie apocalypse. 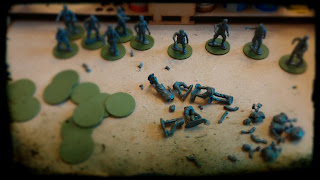 I don't know how I ended up here to be honest. I'm supposed to be finishing off some Volkssturm and civilians for my Weird War Z games. But after getting up long before the dawn even thought about breaking to take my better half to her early shift, I quickly realised I' better not risk painting. 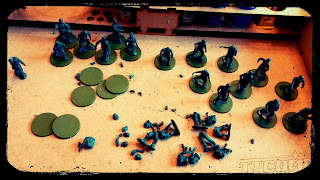 And because the term 'zombie' pretty much described my condition this morning, despite two mugs of coffee, I set to work clipping them from their sprues and clearing off the mould lines. As you can expect, I did this with all the speed and haste of a comatose snail. 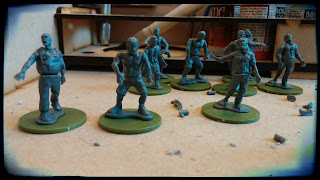 But as you can see from the photos, I've had a really happy and constructive morning! 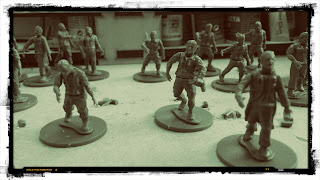 The figures are from Wargames Factory which I'm mounting on Renedra 25mm diameter bases. And as I've just discovered I've run out of milliput, I'll be building up the bases with polyfiller. 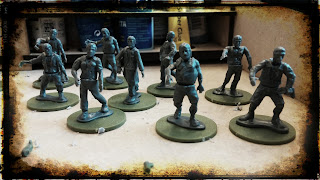 Do I trust myself to do this right now...? 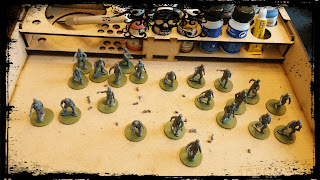