I've got to be honest.  I wouldn't normally rush to paint this sort of thing.  I find it more horrific than a bunch of Zeds.  What am I talking about?  The Hitler Jugend.  Now admittedly, the main reason I'm doing all this is for my Weird War Z games.  But the whole thing sends a chill down my spine.  Not the Zeds.  The reality behind the Hitler Jugend. 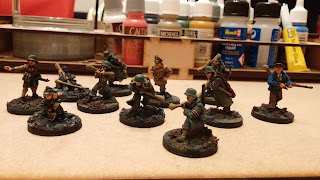 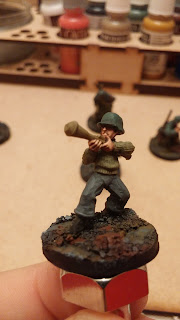 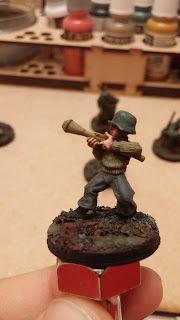 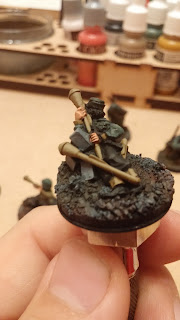 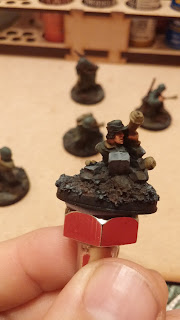 Alfons Heck, a former member of the Hitler Jugend who served as a sixteen year old on the western front, wrote “We...were Hitler’s purest creation, unencumbered by the ballast of a non-Nazi past, only beholden to him.” 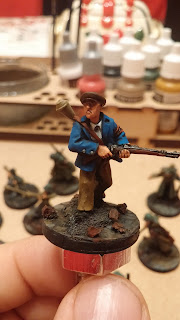 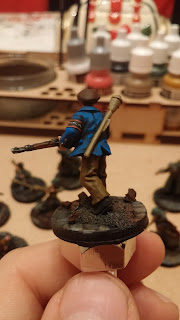 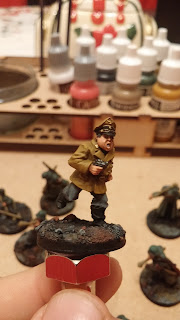 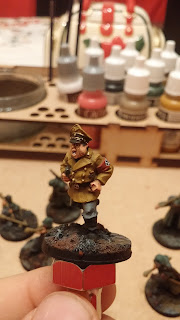 Heck’s generation, born in the late 1920s and early 1930s, grew up in a nation in which preparation for military service began in childhood.  Like most adolescents, Heck and his peers were eager to demonstrate their maturity by assuming what they viewed as adult responsibilities.  But as Hitler’s “purest creation,” these child soldiers were also eager to prove their loyalty to the Nazi state even if it entailed their own death.  Which, as the war wore on, became increasingly more likely.  I read somewhere recently that more than half of the 3 million German troops captured by the Red Army were either current or previous members of the Hitler Jugend.  Most of those previous members of the Hitler Jugend had gone on to become Waffen-SS.  Chilling. 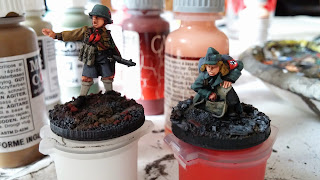 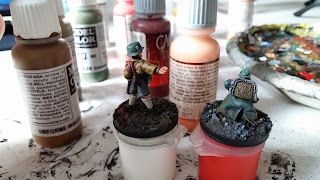 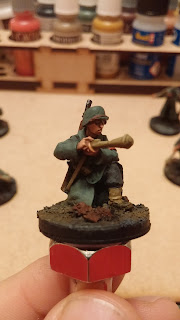 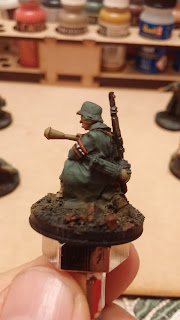 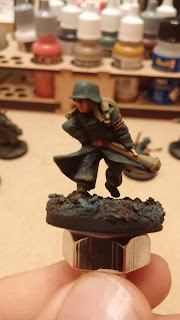 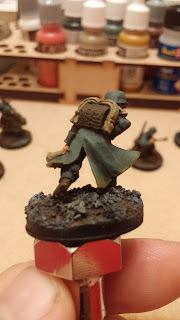 Jost Hermand was a member of the Hitler Jugend.  He has said that even simple activities such as the singing of songs glorified death.  Flag-raisings were “often a memorial ceremony for Hitler Youths who had been killed in fighting the Communists in the late twenties.”  Hermand has said that the constant drumbeat of militarism led some boys to “become quite dulled to the emotional excess” of these rituals.  The endless repetition of these kinds of activities meant that even very young boys became inured to the idea of death on a battlefield. 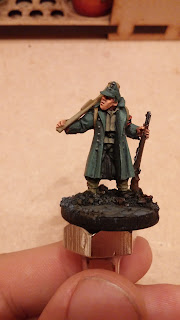 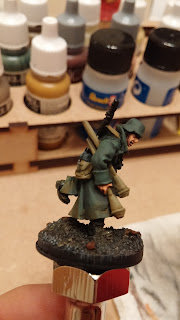 With membership of the Hitler Jugend becoming compulsory in 1936, most children became devoted followers of naziam.  Heck himself noted,  “The very day before he committed suicide he (Hitler) decorated Hitler Youth defenders of his bunker, some as young as 11 and 12, in the shell-torn garden of the chancellery.  It was a fatal bond.” 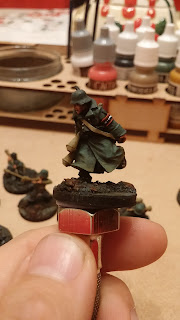 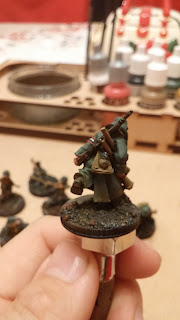 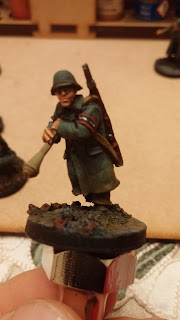 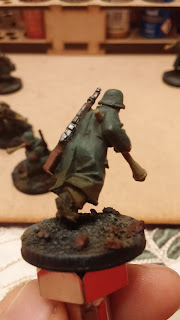 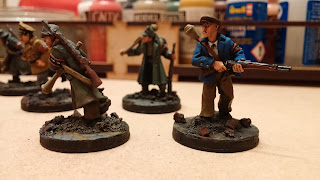 So here I present my work on the Hitler Jugend and some Volkssturm from Warlord Games.  The sculpts are great, even though the subject is harrowing.  You may be able to make out the SS markings I painted on the helmet of the Hitler Jugend leader.  I'm proud I managed to keep my paintbrush steady enough to do so. 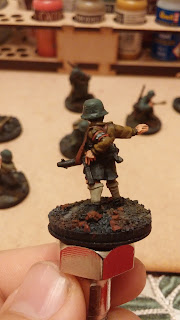 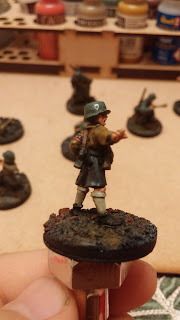 But personally, I'd be much happier if this sort of thing had never happened in the first place.  And as much as I may pray this kind of history would never repeat itself, the evidence of modern insurgency tactics from the Mujahideen at Fallujah to ISIS today tells me we are a long way from ever being rid of such horrific tactics.