The Truth is More Terrible Than My Fiction 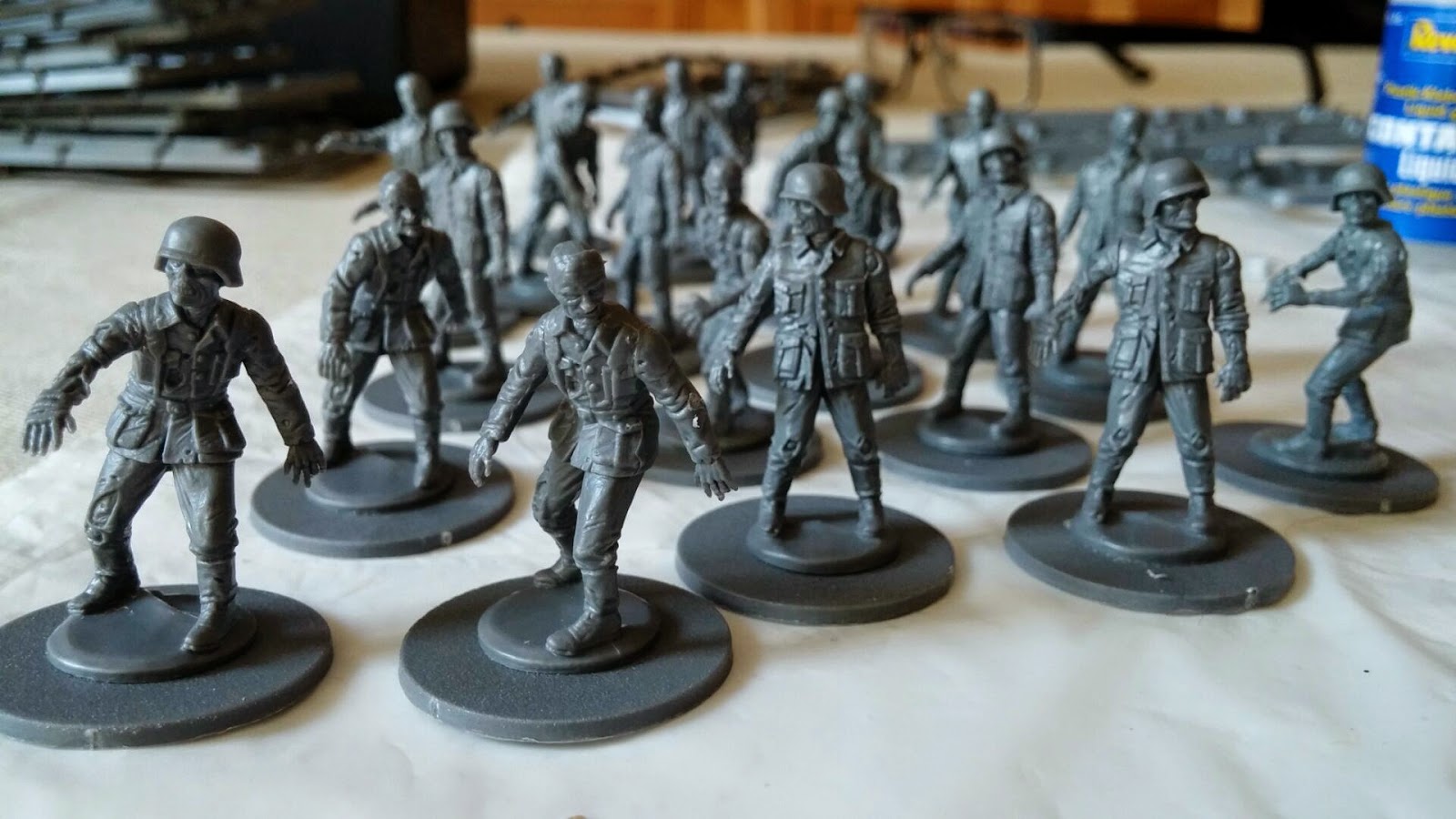 I firmly believe that setting is everything.  Whether it's science fiction or fantasy you're dealing with, every believable, realistic and credible link to our own world and life experiences grounds the reader, viewer or gamer.  It enable them to suspend their disbelief about dragons and giants, interstellar travel and alien life forms.  Or for that matter, a Zombie Apocalypse. A credible setting makes the unrealistic entirely plausible. 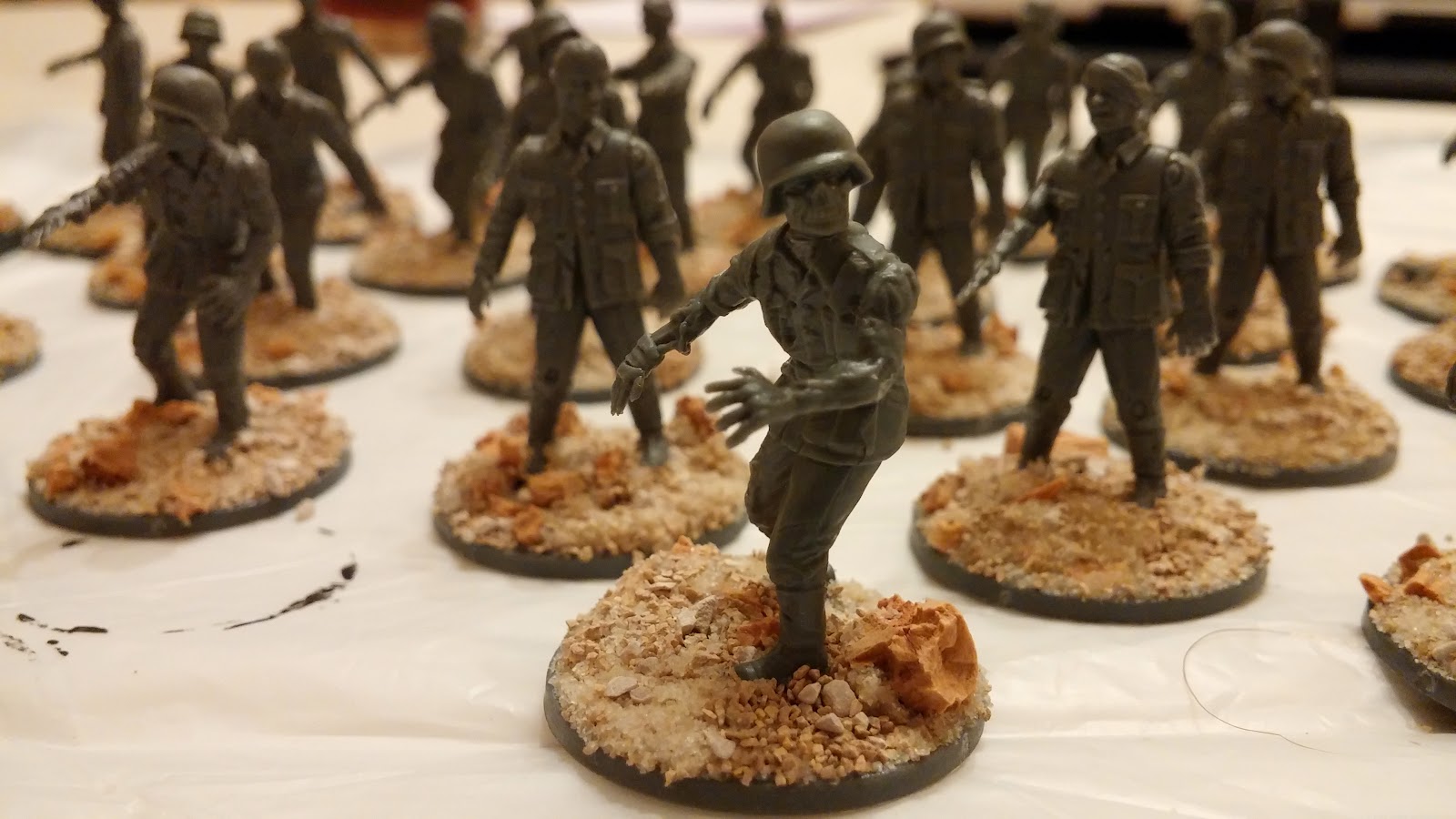 And that's entirely my intention with creating the setting for my Weird War Z game.  And it is that setting which will inform the very rules I need to create, the miniatures I need to purchase and paint, and the scenery I need to design and build.

So here's my unbelievable setting: a Zombie apocalypse during the Second World War.  An alternate reality, which, by definition, clearly didn't happen.  To make this believable, I need to place it in the correct context of the war.  On one hand this is very easy.  Our history books are filled with the details of the various technological advances made by the scientists and engineers in the Third Reich. There is also plenty of well-documented evidence  of the evil experiments undertaken by such infamous characters as the Angel of Death himself, Joseph Mengele.  As completely unrealistic as a Zombie apocalypse may be, suggesting that a virus inducing that very scenario could have been created by the Nazi's doesn't seem quite so far fetched.  The setting allows the suspension of disbelief.  Although it is making me look at the horde of Nazi Zeds I've made from Studio Miniatures' Die Verdammten set in a whole new way...

But at what point would the order to unleash something so horrific be released?  It's clearly an end-game scenario.  It's not something you'd do because things weren't going quite as well as you had hoped.  No. It's the last ditch effort of a dying beast.  Where does the release of this scourge take place in the chronology of the Second World War?  Well, that needs some investigation, because the Nazi regime fought on to the bitter end.  And it's here that the truth becomes more terrible and horrific than any fictional game variant I may write.

The Germans had clearly lost the war by the beginning of 1945.  And yet there was no suing for peace.  Neither was there an uprising from a people who could see their leader had clearly failed them and who were facing deprivation after deprivation and only looking forward to humiliation and death.  We may never know the reason why so many people followed Hitler like those proverbial children followed the Pied Piper into the abyss.

Yet the Nazi regime held out until the Red Army was only yards from Hitler's bunker in Berlin.  Was this because of the fear of reprisals from the Russians?  Was surrender no longer an option?  Was the hell they had released only going to come back and visit its creators?

In his rise to power, Adolf Hitler systematically removed any groups that were able to stand against him.  The only group he had failed to remove fully was the army officer corps.  It is no accident that the only attempt to overthrow Hitler would come from that quarter. But ter the failed bomb plot of '44 there would be no coup.

And the population were still receiving their salaries in May 1945.  The Nazi civil service continued to function.

As the war drew to a close, the Nazi regime turned on its own people more and more, seeking out dissidents and holding kangaroo courts.  Hitler began the war seeking world domination.  In the end he tried to take the whole world, or at the very least, the German people with him to his grave.  Surrender was never an option.  Death was an infinitely more preferable option.

And if you allow yourself to get that caught up with such a fatalistic attitude; if the Reich was going down and death was the best option available; if the German people had, in Hitler's mind at least, failed to live up to their ancestry and let down the leadership, then surely this is the the perfect moment to allow Hitler to do the unthinkable.  Because by this point, doing the unthinkable had been a regular part of acceptable life in the Third Reich.  To put it simply, when the people failed Hitler, Hitler turned on his people. 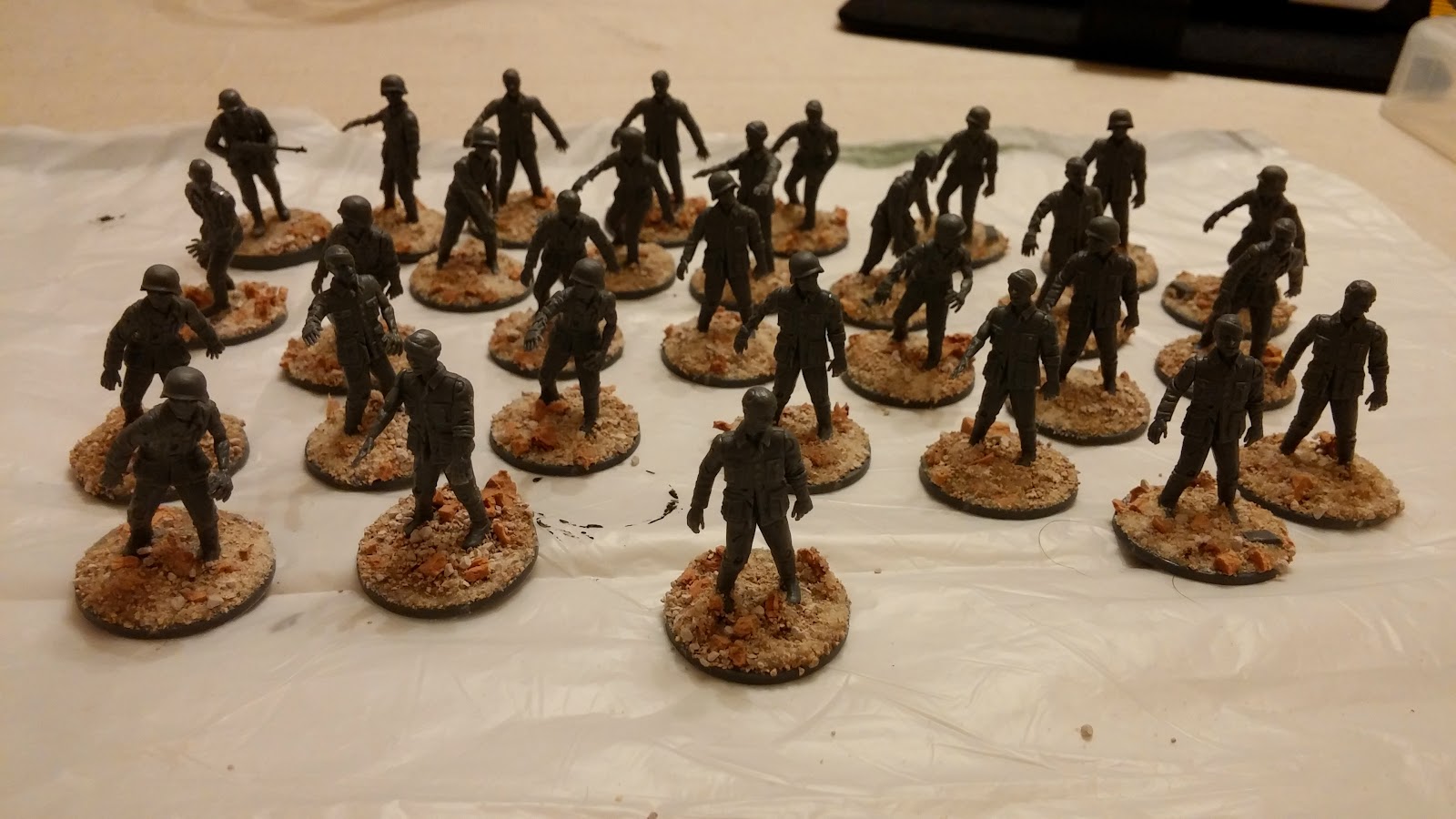 I'm therefore taking the decision to set my Weird War Z game firmly within the borders of Germany.  The release of the Zombie virus becomes Hitler's last gamble.  We may even postulate that his suicide is the ultimate sign of his unwillingness to suffer the same fate he has unleashed on his people. 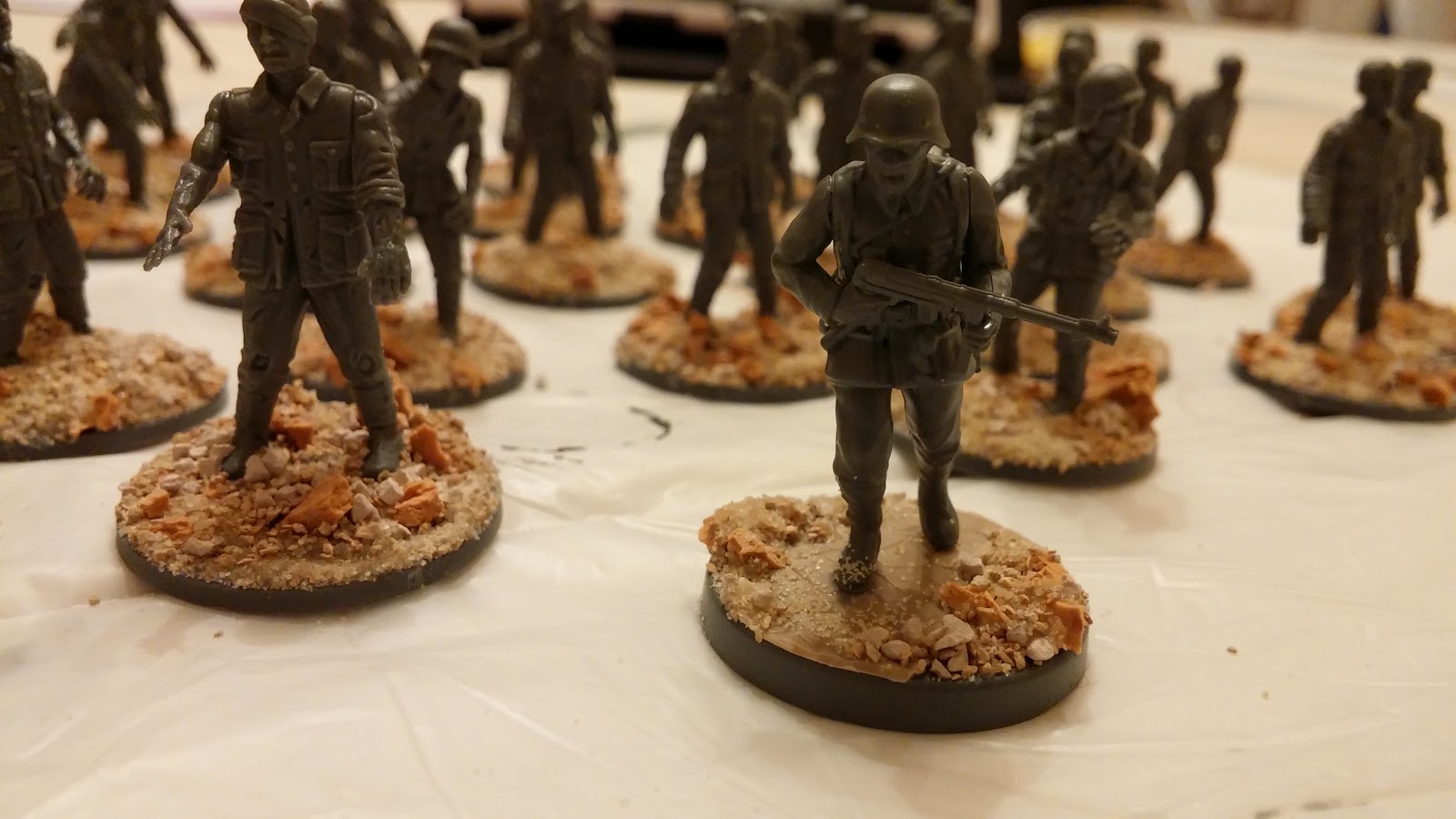 Because ultimately, that's exactly what he did do, isn't it?