The Other Final Solution 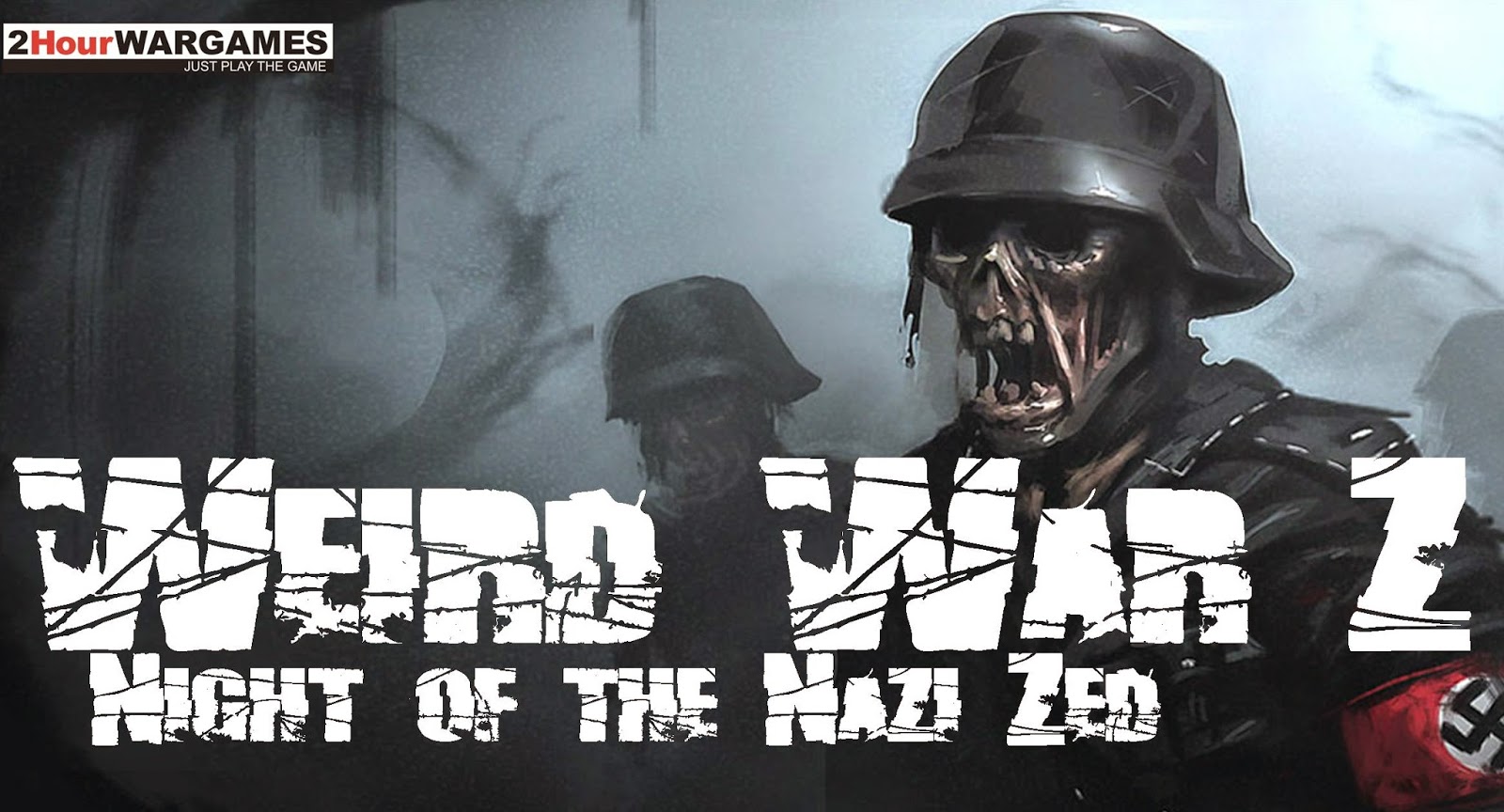 Last year I stumbled across Studio Miniatures' excellent set of Nazi Zeds entitled 'Die Verdammten'. Those of you who regularly check on this blog will know that they were an instant hit for me. At the time I was working on a modern city setting for All Things Zombie. And as usual, Pandora's Box Paralysis (PBP) took me off on a tangent. Whilst I continued to work on ATZ, my mind wandered around the idea of a Weird War Two variant of ATZ. In January I purchased an SAS NW Europe Section from Warlord Games.  I loved the idea of a small section scouting behind enemy lines and discovering the horror the Nazi boffins had released. And I'm delighted to say the squad is now fully painted. 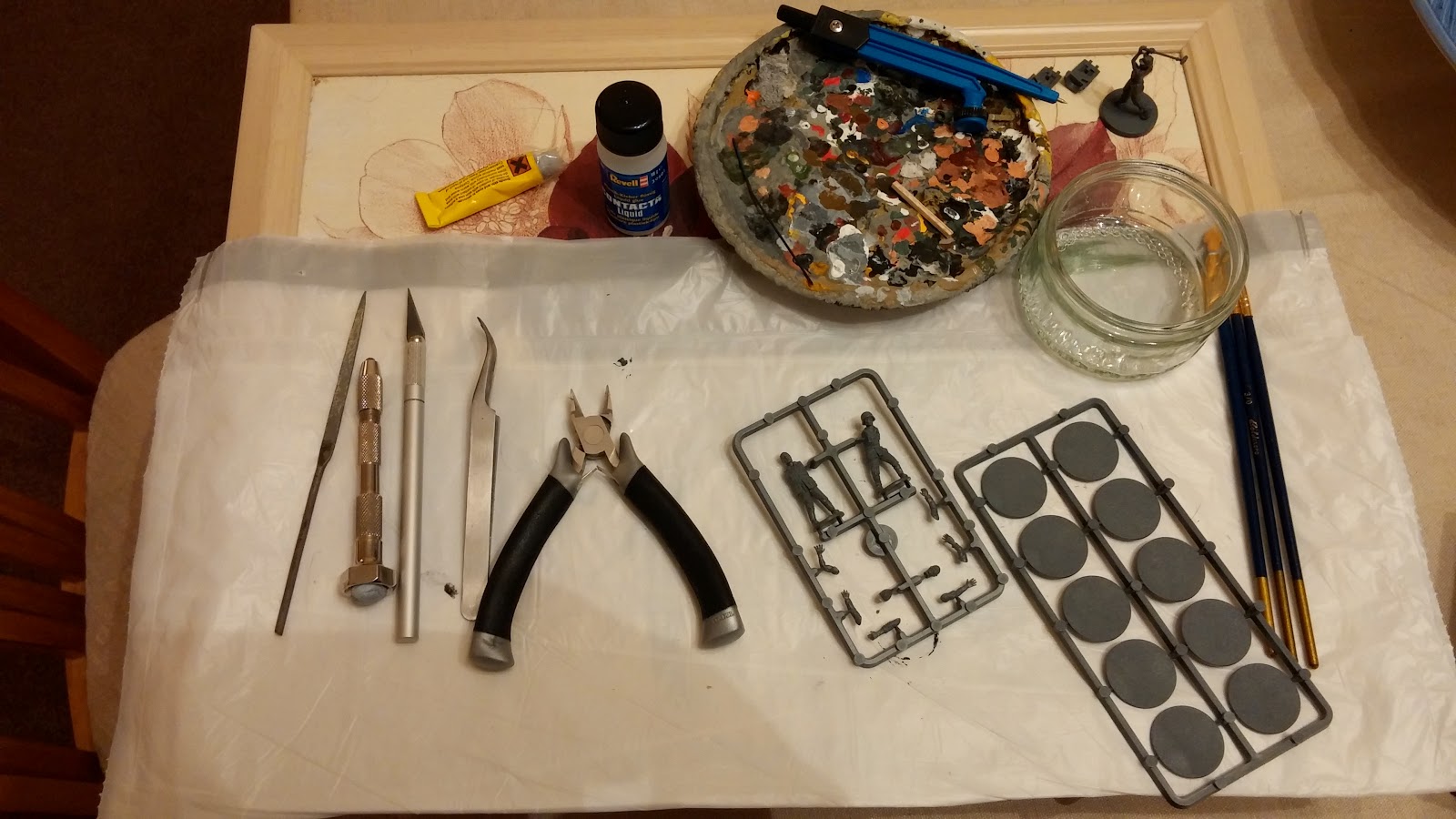 A few weeks ago I decided it was high time I sat down and began working out the house rules that would make this game a reality. Simple. Or so I thought.

I soon began to realise that my brain was running away with itself. One moment I was looking at ways to introduce partisans into the mix, the next I was contemplating rules for civilians. All well and good, I hear you say, but the former was taking me further into France rather than over the Rhine where I had initially thought to locate the game; the latter made me wonder about the speed with which this other final solution would spread like a virus. Which in turn made me wonder whether the origin of the Zed apocalypse in this milieu was a pathogen created in a laboritory, or the work of some strange occult practice. Both are perfectly plausible in the Nazi state. Bit either way, you can clearly see the knots I was getting myself into...! 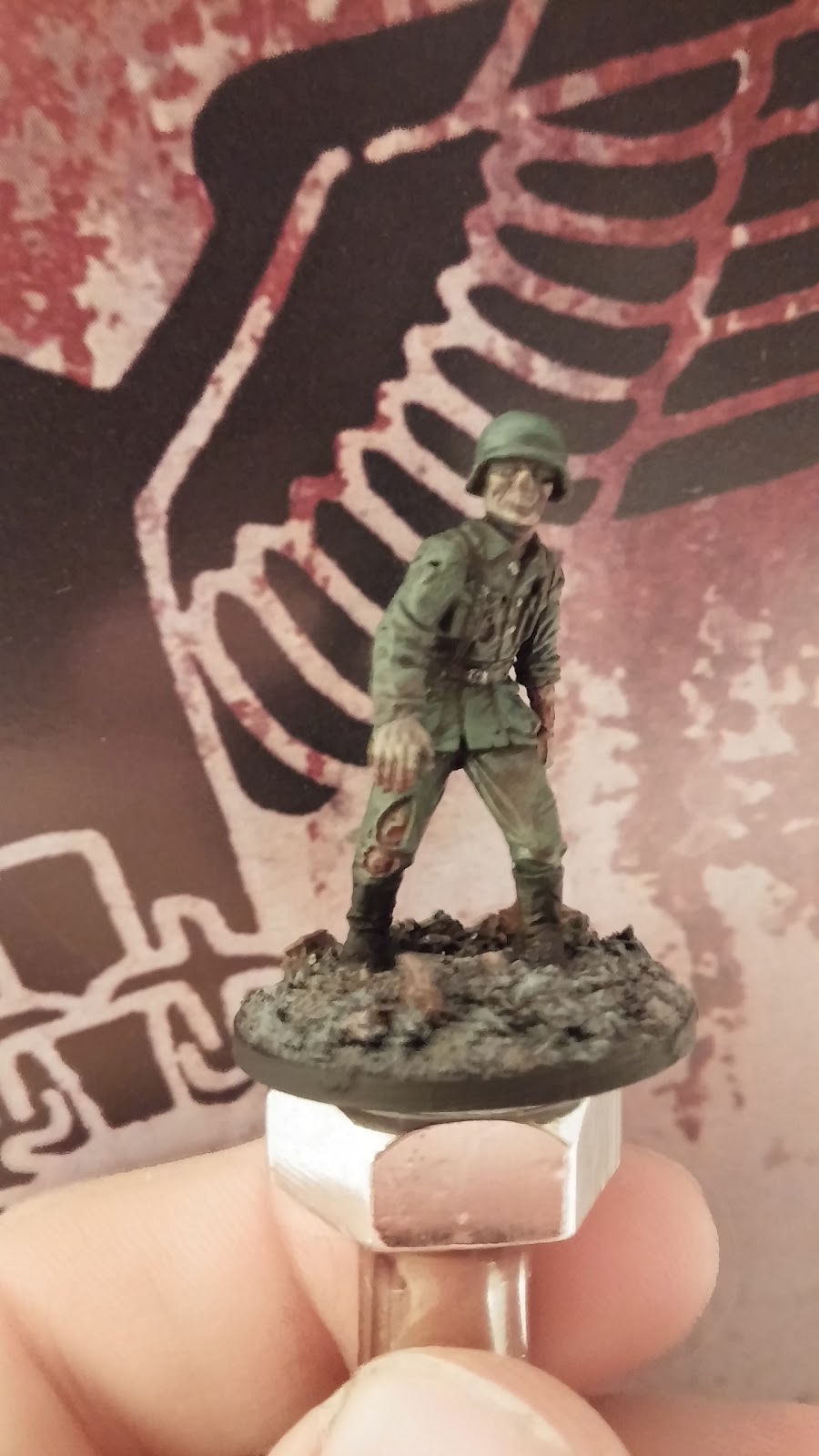 And then there was the rules themselves. My original plan was to use ATZ and simply replace a few of the sections where I felt it was necessary. You know, logical changes like inserting the weapons from NUTS!. But nothing could ever be asimple as that now, could it? Of course, the Meet and Greet section would need an overhaul to determine if Zeds, German soldiers, civilians or partisans were met. This in turn means an overhaul of the Zombie and Human Activation Levels. These numbers in turn need to fit into a 'realisitc' projected spread of the apocalypse from first bite to the inevitable Well-that's-made-Europe-a-no-go-zone. And as I don't want some passive play by numbers narrative, I wanted to add rules that gave players the challenge of trying to avert the impending apocalypse.

This was now becoming so much more than an SAS section, a few partisans and a bunch of plastic Zeds.  So I did what anyone would do in these circumstances.

No, I did not give up and order Secrets of the Third Reich or some other such system!  No! I was determined to see it through!  Besides which, as I'm sure you are more than aware, I'm a massive fan of the THW Reaction System. 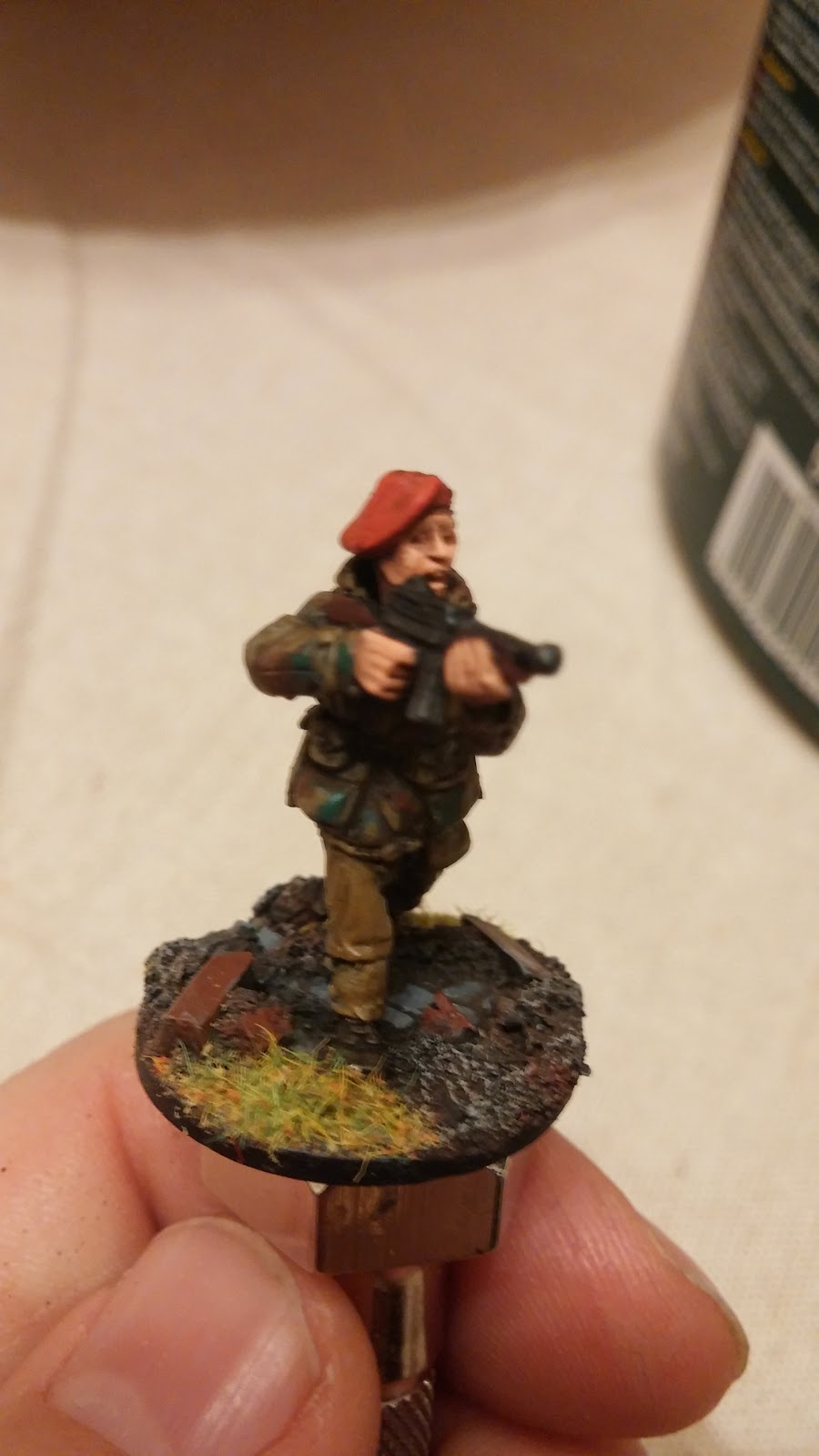 I know its not everyone's cup of tea, but it is mine.  I'm fascinated by the effects of the fog of war, something which many games systems fail to approximate with any degree of reality.  I don't like games that allow me to know everything that's on the field of war just because they are just little toy soldiers and I happen to be a lot taller than them.  That's why I like the PIP system in Hordes of the Things, DBA and DBM. That's why I love the Fate Deck system in Malifaux, The Rules with No Name and all the Too Fat Lardies rules sets I own.  That's why I think Ambush Alley's Force on Force and Tomorrow's War are such fantastic systems. And, frankly, that's why I despair of such rule sets as... well... any of the IGO UGO systems. 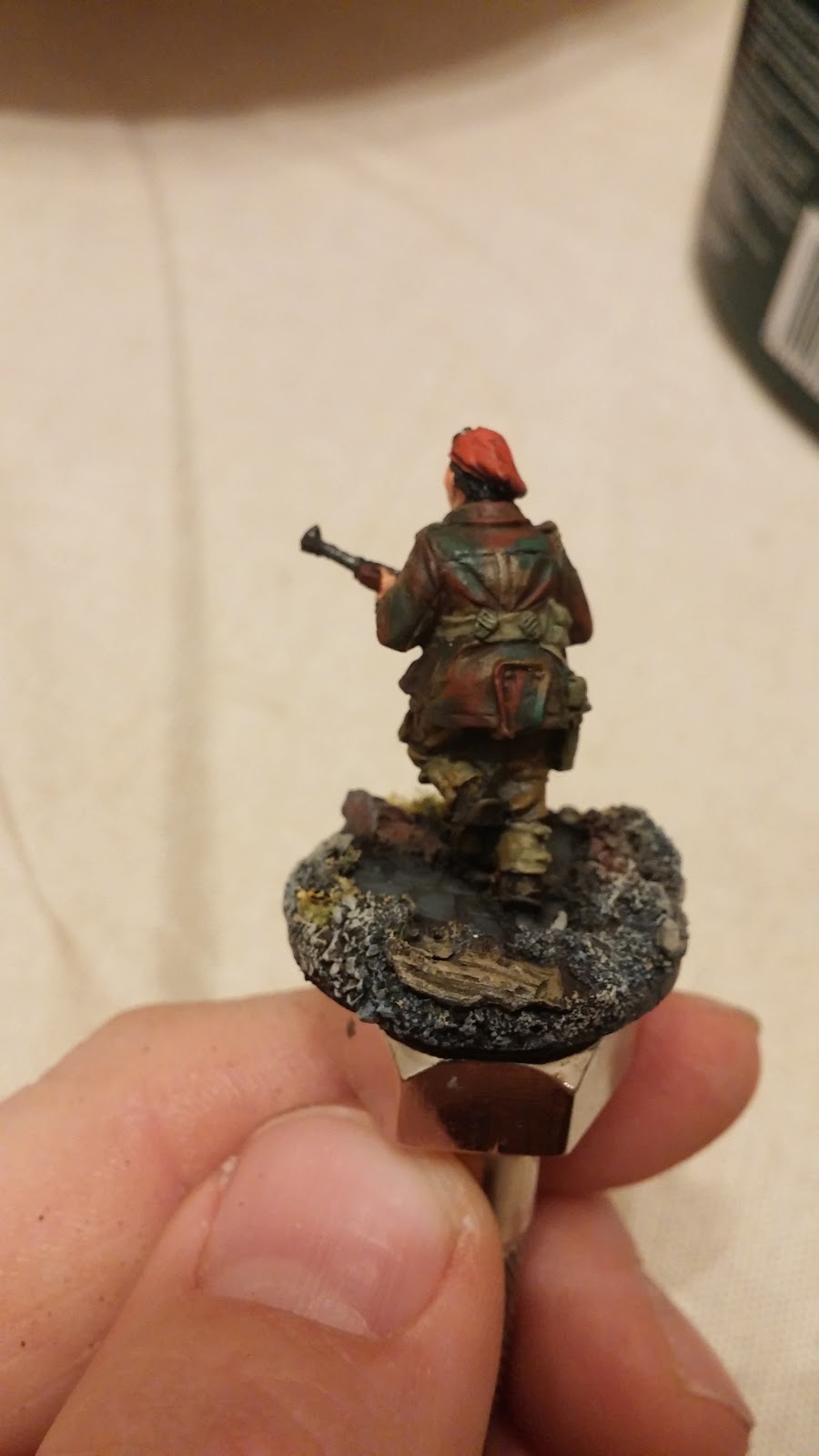 I'm using All Things Zombie and NUTS! because I know I will not be able to get my miniatures exactly where I want them at any given time.  I want them to be scared to death by the sudden appearance of Zeds and not be guaranteed to shoot them to bits every time.  I want to be frightened by the reality of what my little plastic and metal men are facing, and have to make squad level decisions that will make or break my success at each roll of the dice.  That's where the game is for me.  I want troops to react to what they are facing rather than act in the interests of something happening out of sight at the other end of the gaming surface. 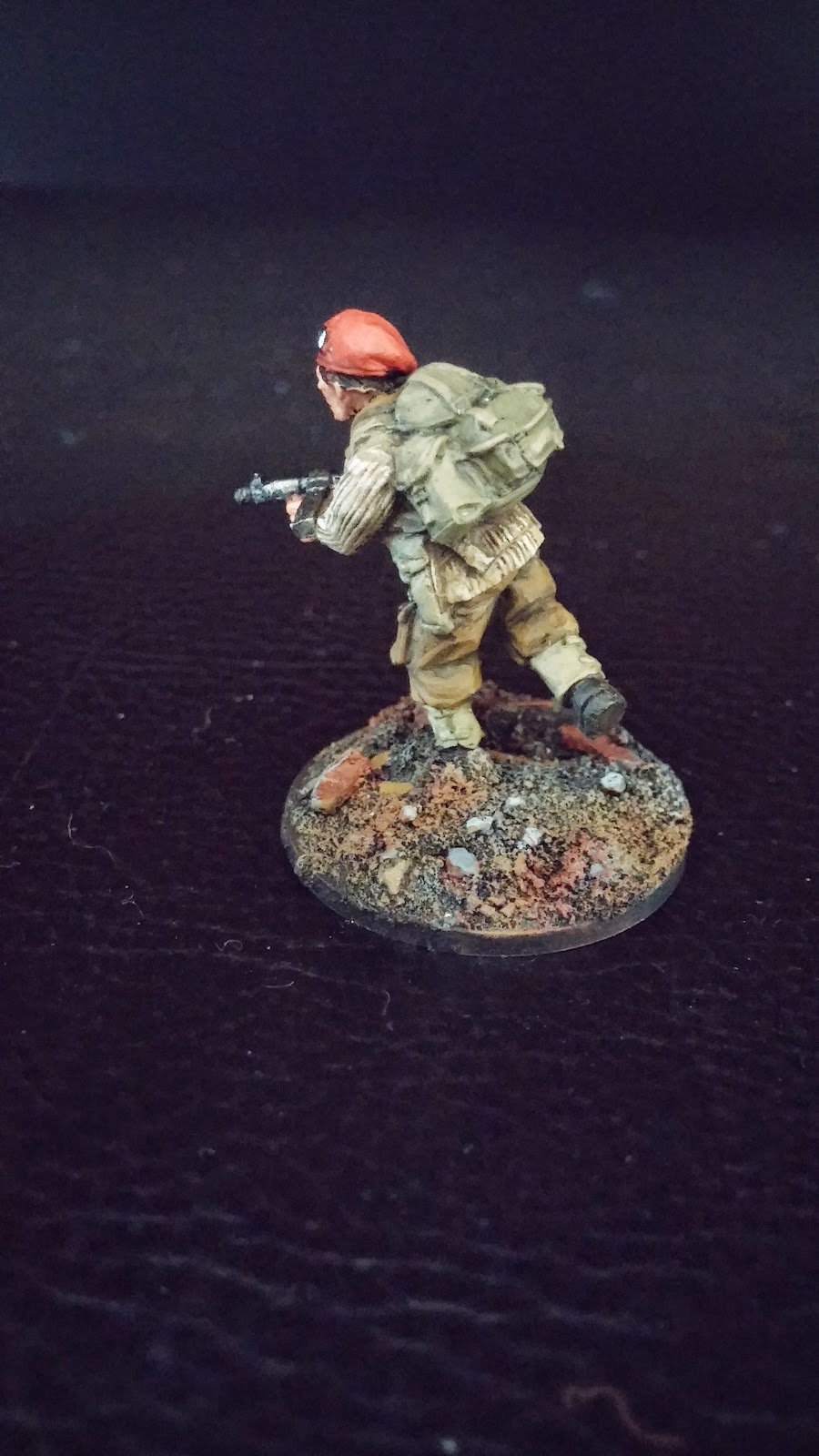 So, I have begun putting together not a set of scribbled notes that simply tell me to replace this chart with that one, but an actual set of rules specific to the type of game I'm wanting to play.  There will be a projected spread of the Zed virus (see, I managed to decide that one eventually!) and there will be built-in mechanics each game to give players an opportunity to gather enough clues to put an end to the apocalypse.  A task that will get harder the longer they take. 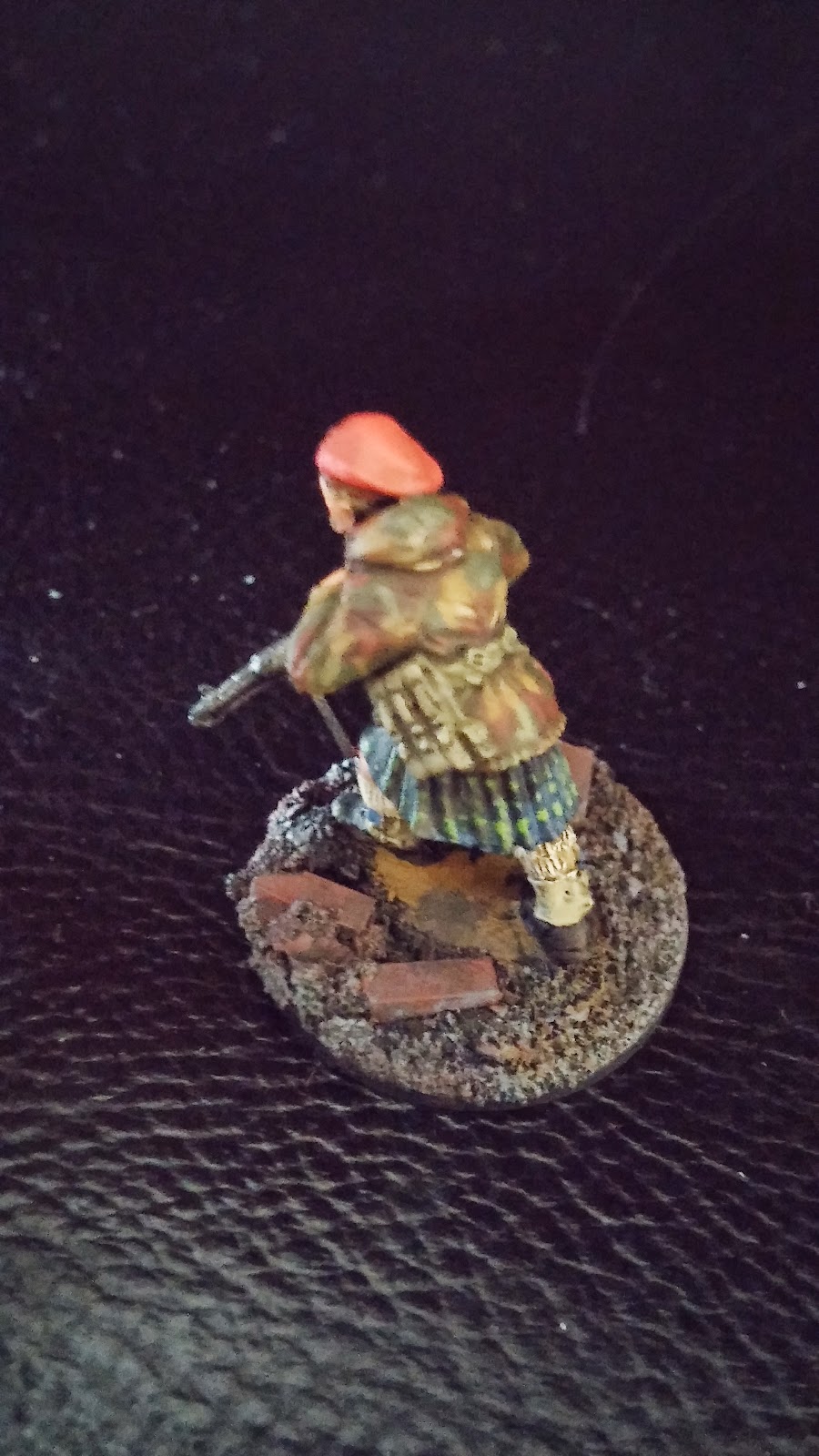 One of the criticisms of the Two Hour Wargames rule books is that they are hard to reference during a game.  I've struggled myself at times to find the section that deals with a specific situation.  I know what the general gist is, but finding the actual wording isn't always the easiest thing in the world.  In working on this project, I'm going to face the same problem as Ed does in putting his rules together.  Whether I make it better or make a mess in the process, only time will tell...!
Labels: Ed Teixeira NUTS! SAS NW Europe Studio Miniatures Two Hour Wargames Wargames Factory Warlord Games Weird War Two Wargaming