Oh, wait a minute.  That's Renault.  This one's a Citroen.  Never mind, it seemed a good idea at the time.  What am I on about?  Well, here goes! 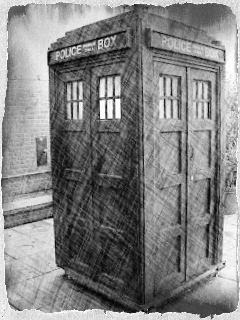 Dr. Who has his glorified Police Phone Box.  Marty McFly went back to the future in Emmett "Doc" Brown's Delorean.  But what shall I use for Adolf Hitler and his goons for Pulp Action Library's wonderful rule set Eat Hitler?  A schwimmwagen?  VW?  Oh no.  I need to follow in Marty's footsteps.  It has to be some souped up iconic vehicle from the period.  And it'll have to be in 1/48 scale.

And once again Tamiya come to the rescue, with the excellent Citroen 11CV Staff car. 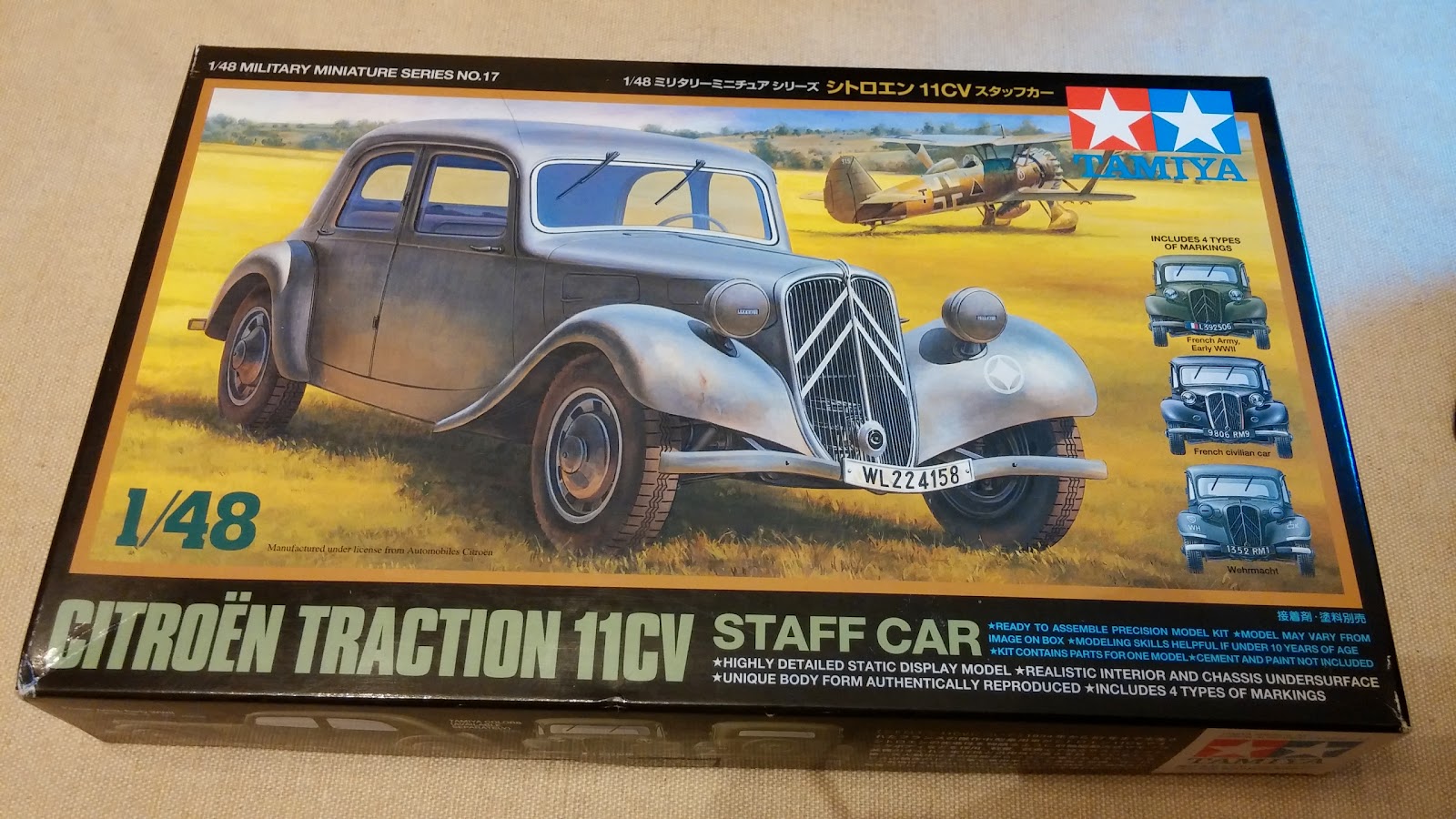 Now, although there are some thirty or so years between the events of Eat Hitler! and Back to the Future, let's not forget the technological advances of the Nazi boffins.  They invented the first jet fighter, the Messerschmitt ME262, and the V-1 flying bomb. Dirty rotten fascists. All of which means I need to make something which fits the period but looks like it has been thrown together in some haste. And it has to look something more than steampunk and a little less than rocket science. 'Coz that's no problem! So for reference, I had a look at the good Doc's adaptation of the Delorean.

Which frankly still looks amazing.  And makes me begin to worry if I'll manage to pull this off... 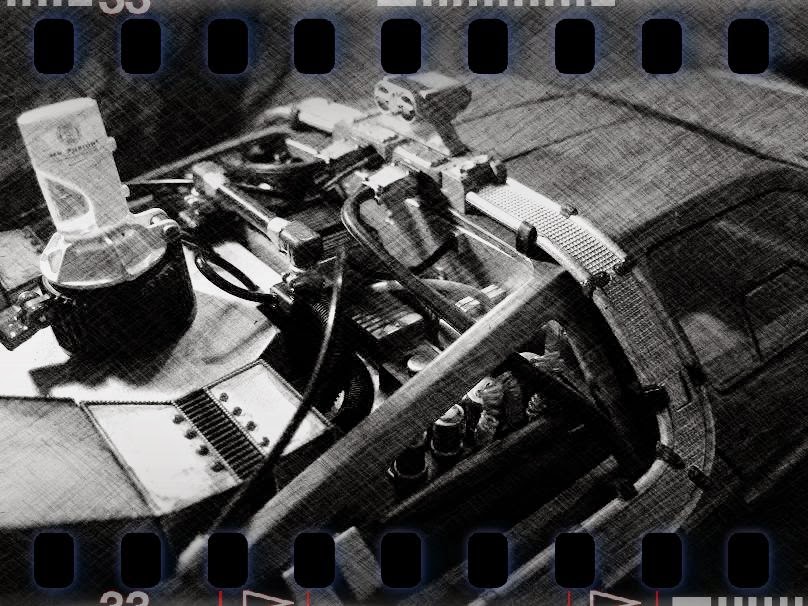 So, deciding it was now or never, I set to work on my kit. First up, the chassis. Nothing really to modify here, it's simply a case of following the instructions.

Although I do have one question. Why, oh why do they insist on making tiny circular parts as separate bits to glue onto the wheel when they could have just have easily molded it onto the wheel in the first place? Utterly unnecessary faffing that saw three of the little blighters ping off the frame and into the ether, never to be seen again. Grrrrrrrrrrrrrr.

Anyhoo,with a little more work, the chassis began to look like this: 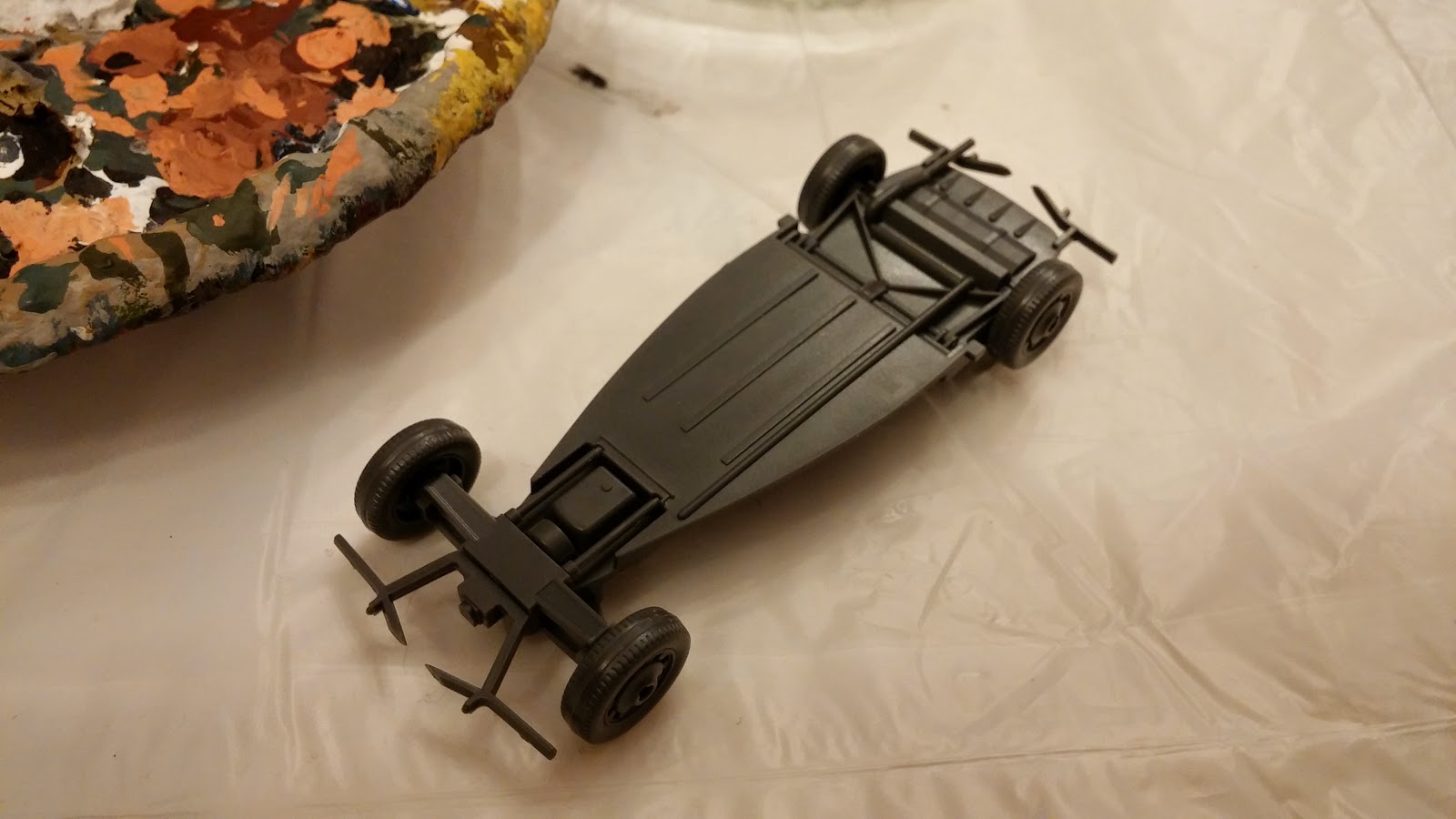 I've kept on the normal exhaust for reasons that I'll explain in a bit.

The next part of the instructions deals with the car interior. The Delorean was always a two seater.  I think the most people it carried was three. Lucky Marty. However, this car will have to carry the eminent Fascist Adolf, his chronically misguided love interest Eva, the corpulent Goring, the enigmatic Martin Boorman, and a squad of Waffen-SS as well. Realy should find room for Blondi the dog too.  Need to find an appropriate model first, though.  Best keep the four seats in then! And if anyone asks, I'll simply remind them of the Tardis! 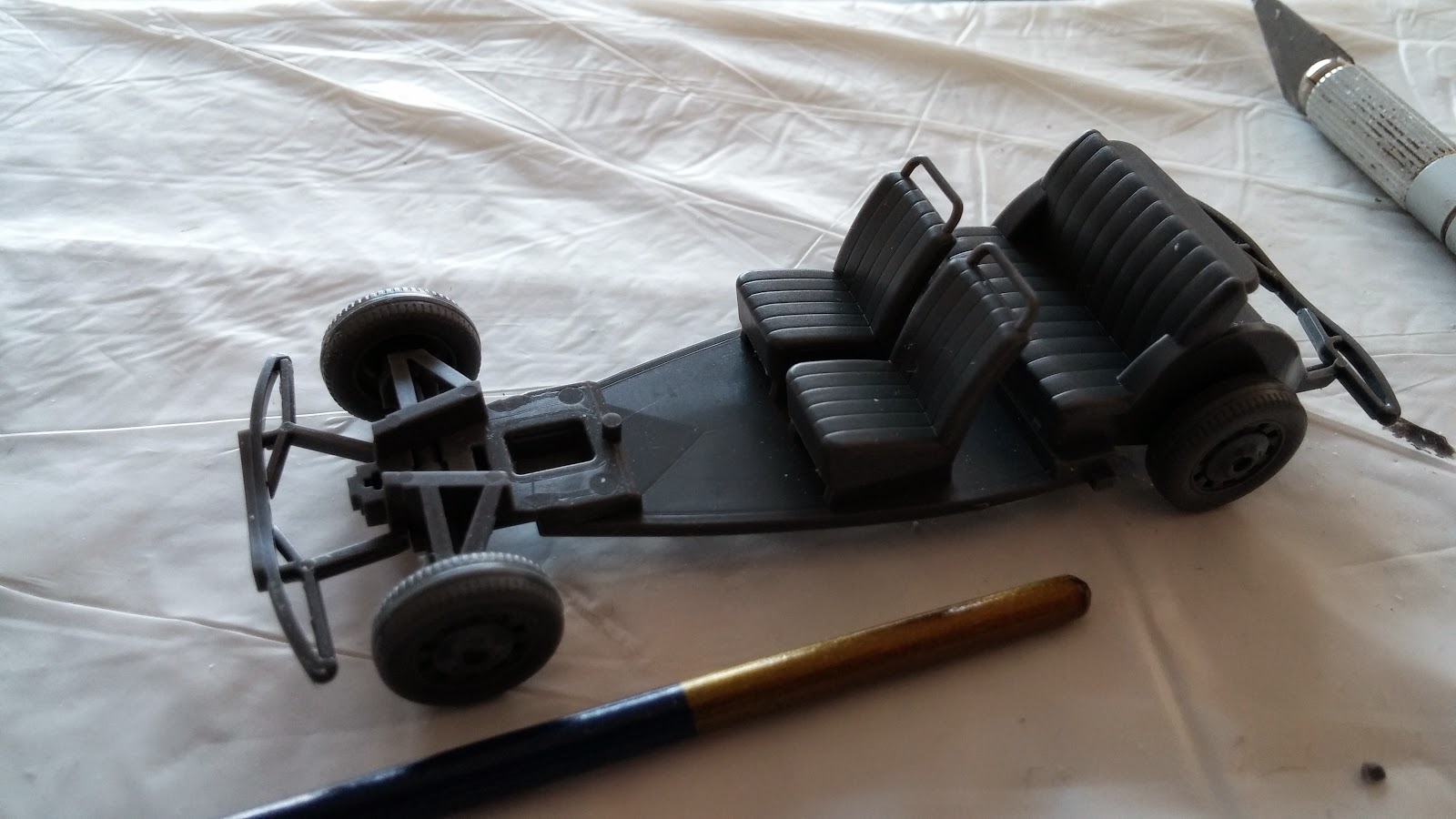 And its at this point that I need to deviate from the instructions. As far as I can tell from the movies, the Doc's Delorean is essentially a car with two engines. The normal one gets them up to 80 mph or whatever it is, the second, powered by the flux capacitor, kicks in at the appropriate point and turns the car into time machine. So that's what I hope to do with this kit. Which means raiding the leftovers from some kits I made earlier.

This one in particular! 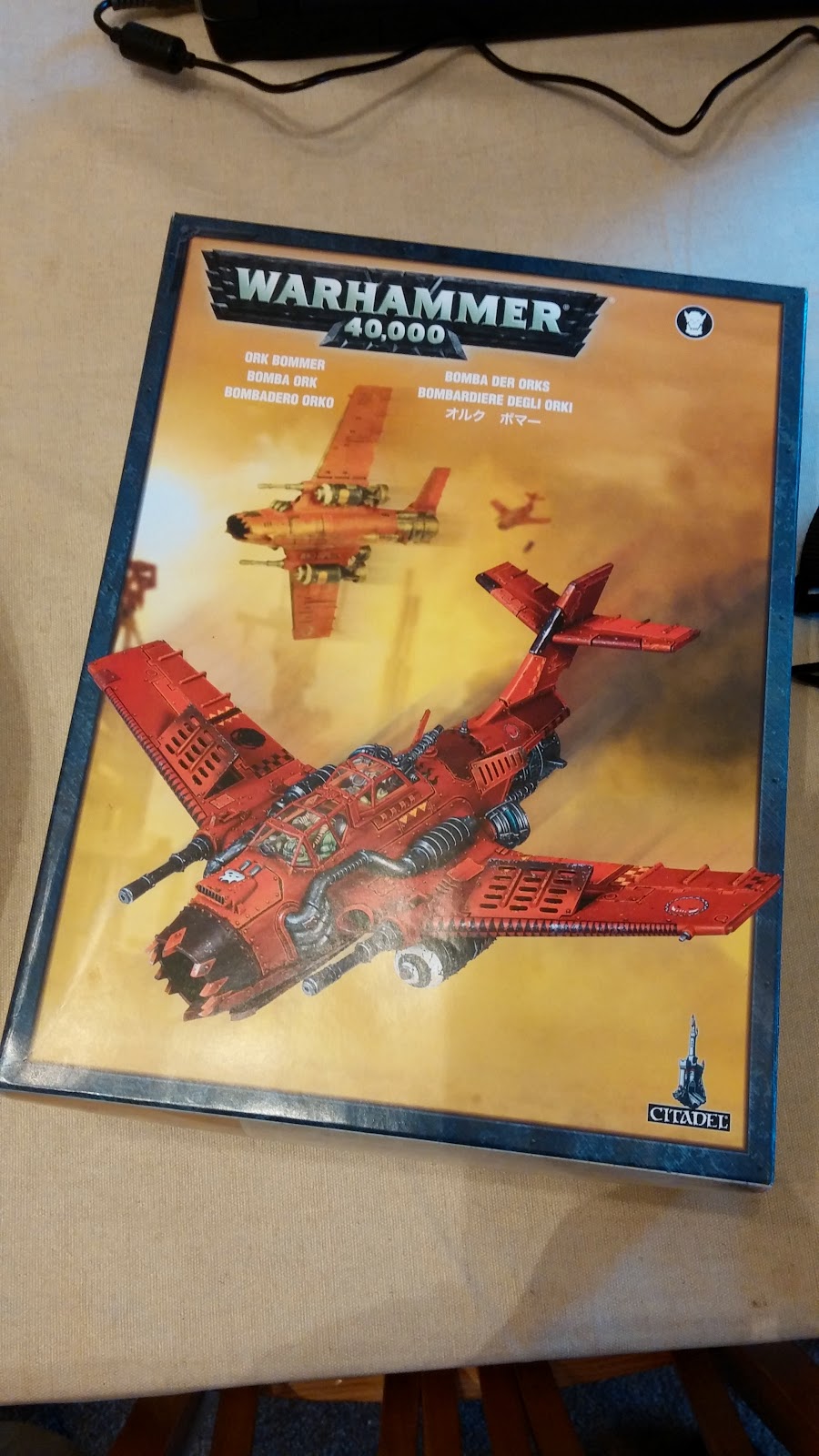 Bear with me, it'll all make sense eventually!

So here's a final shot of the kit before I start butchering it.  Which seems a shame in many respects, as I quite like the look of it.  I may well have to make another one properly as a scenic item for my more serious games... 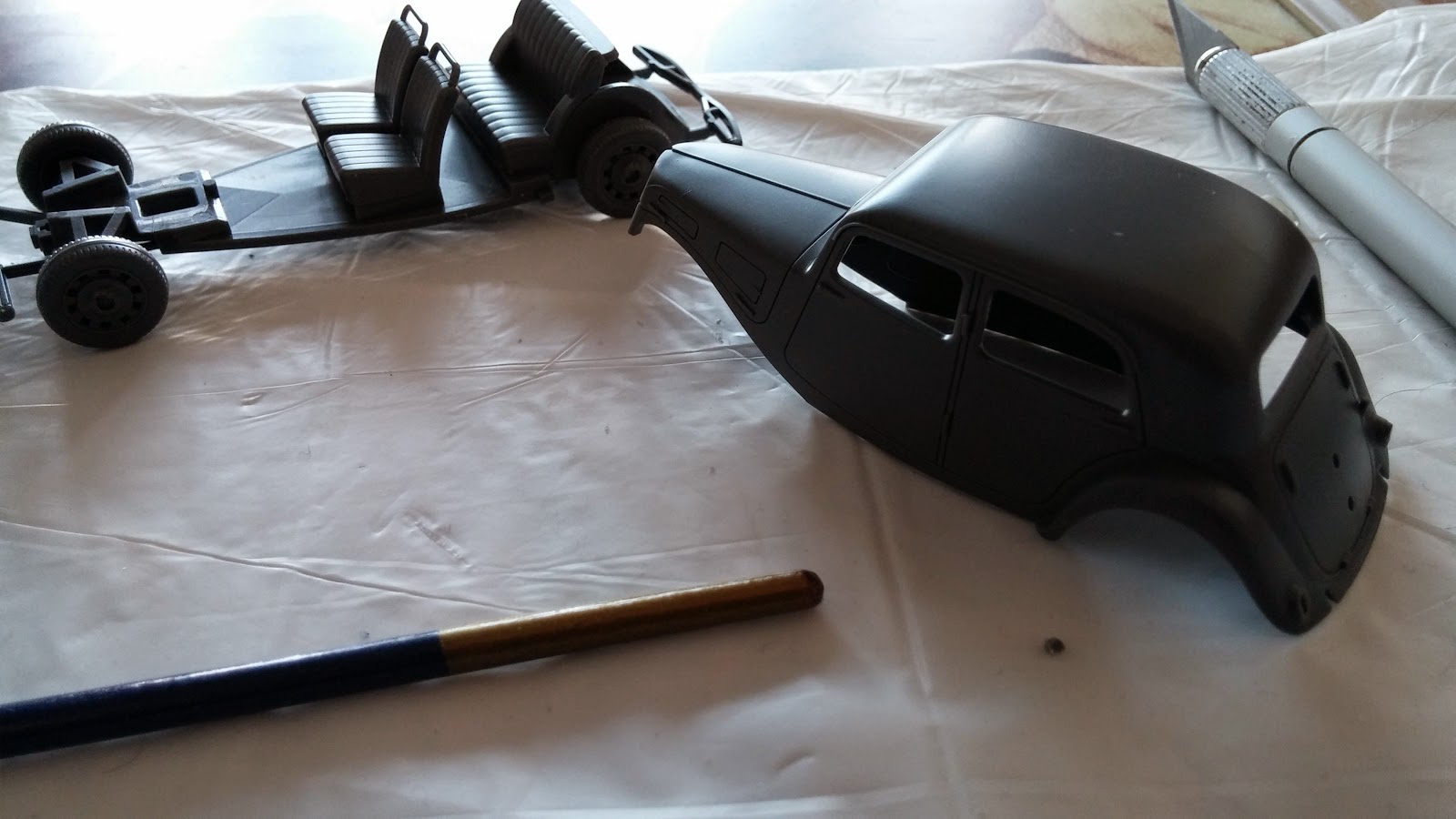 I also thought it would be good to add some excessive exhaust ports like they did on the Delorean.  For the record, the Ork Bommer kit has a plethora of options available, just ripe for the picking.  So after a little crazed excitement and liberal applications of glue, the back of the poor Citroen began to look like this: 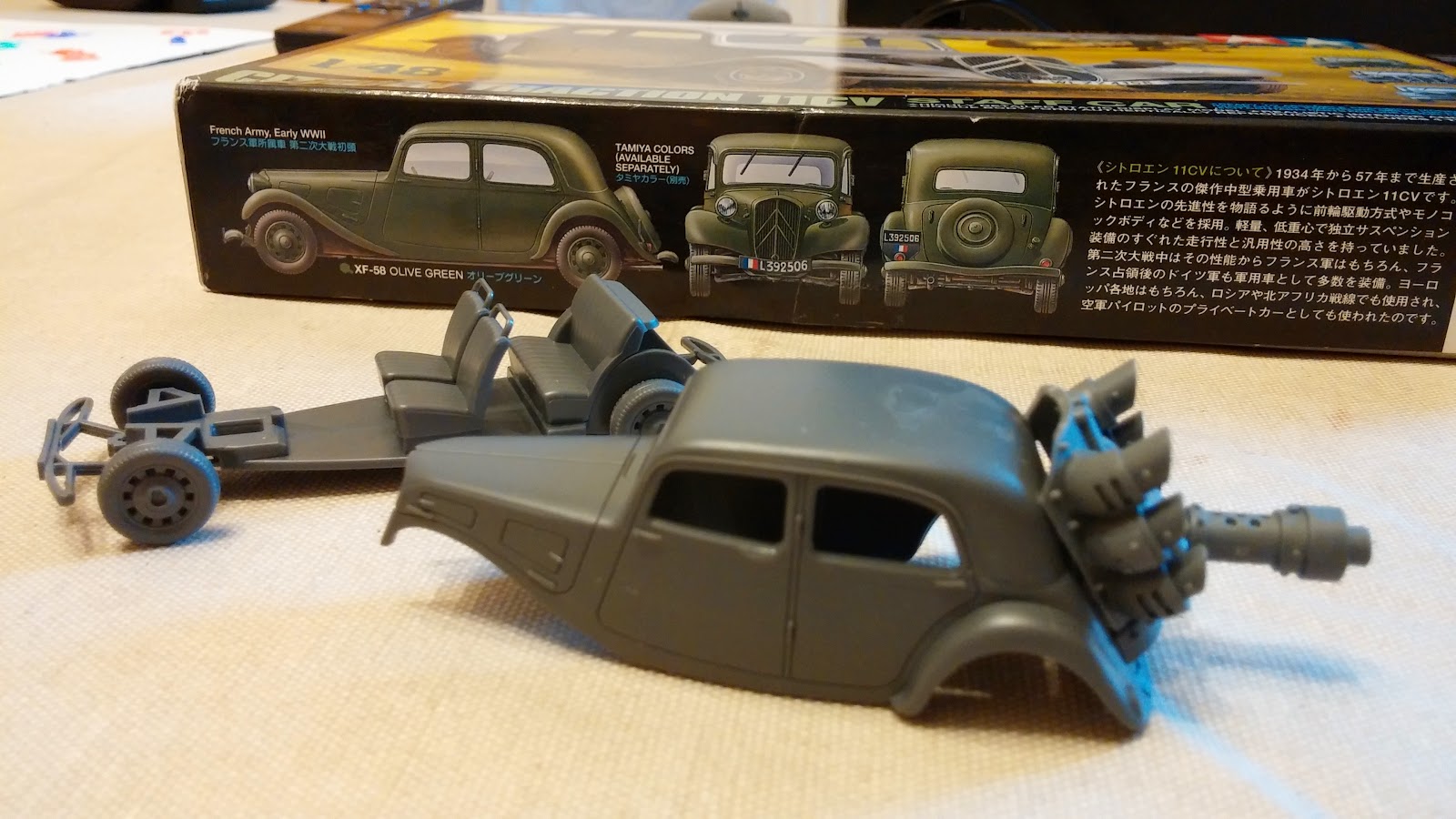 You'll note the dried in glue on the roof.  That was from a part that looked like a brilliant addition to the enngine gubbins.  Until I added it that was.  There is a new section in construction that will go over that ugly mess. Honest. 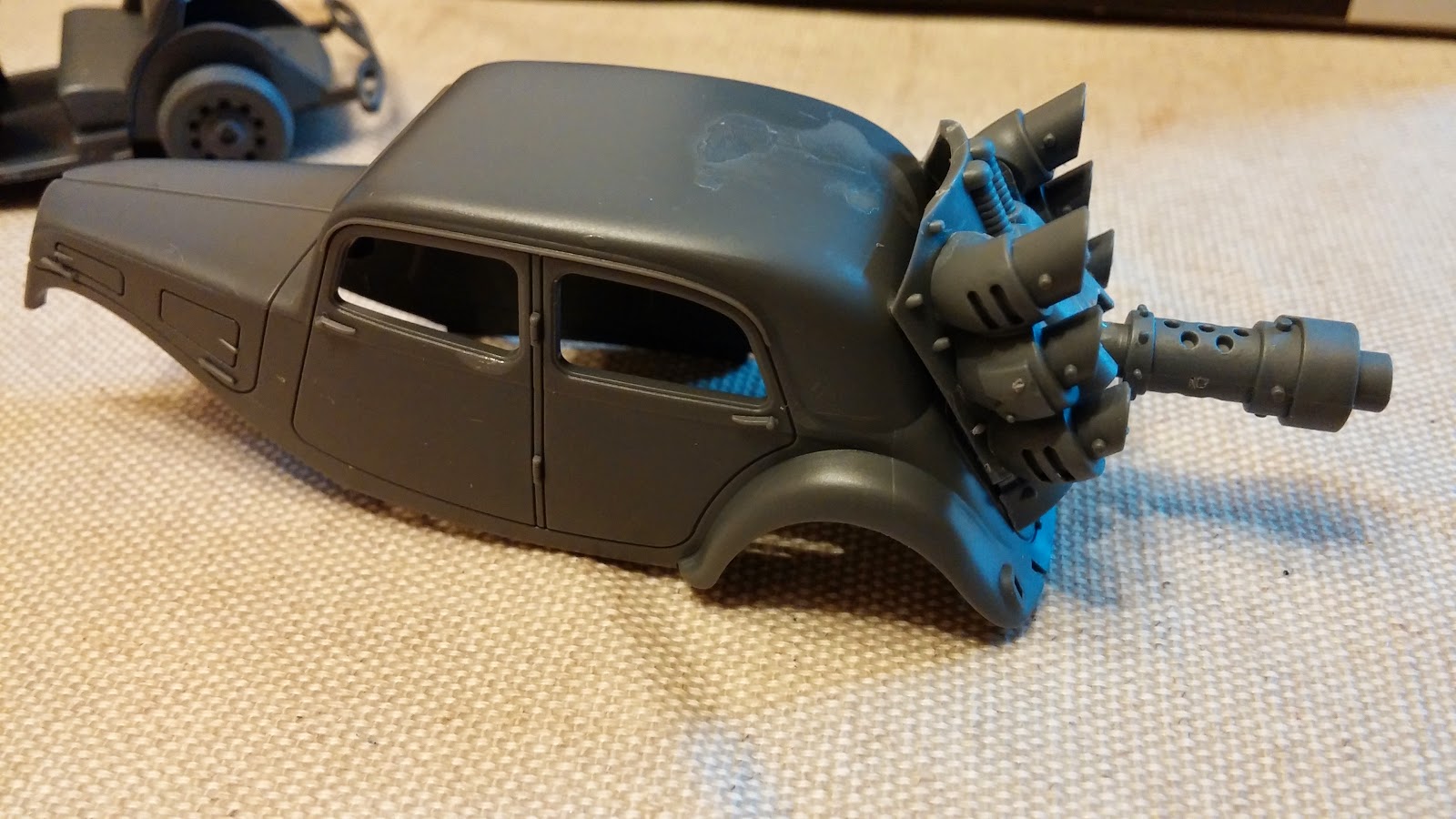 Of course, it's about this time that the idea of using a simple unmodified schwimmwagen starts to appeal.  It would have been so much easier.  But as an exponent of adding unnecessary complications to my projects, I rather like the direction this vehicle is heading in.  Unfortunately though, that's all I've had time for so far.  I hope to be able to post some more in the coming days.  Watch this space for details!

And on that bombshell, "Goodnight!"
Labels: Artizan Artizan Designs Back to the Future DeLorean Dinosaurs Dr. Who Eat Hitler Pulp Action Library TARDIS