There's a Zed on the Fairway!

Once again Ed Teixeira has gone and created a fantastic evening's diversion, with his free supplement to All Things Zombie.  I'm not a fan of golf.  But I love Zombie Golf!  Although, to be honest, about an hour before the game, everything started to unravel.  Let me explain....

It's only four pages of rules, but there's a hidden conundrum in there. You see, it says quite clearly that you are to fill the middle of the board with rough terrain.  And you can never play through this area.  All fine and good, you accept as you are only on the first page.  After all, Ed goes on to say that you have to play around it.  Unfortunately, the rules go on to state that the ball travels in a straight line from tee to cup.  Which in most cases means that the ball has to travel right over the aforementioned rough terrain.  Which we felt was a little silly.  Especially considering we had filled the middle of the board with a nice wood section to make sure we didn't try and go through it.

So here's what we did.

We decided to follow the rules and position the cup the requisite number of inches from the tee.  If this distance was short enough to allow us to see the former from the latter, we would be able to go for a hole in one.  In all other cases, we would play around the trees in the middle of the board.  This would mean we'd really have to think about the amount of power and skill we were willing to use each stroke so as to not get the ball flying off the table and giving us a penalty.

And so, with a hastily drawn up score sheet on a folded piece of paper, we set to work on what would be the first four holes of the Riverside Golf Course.

And boy did we have a blast, armed though we were with only an iron, a putter and a pistol each. 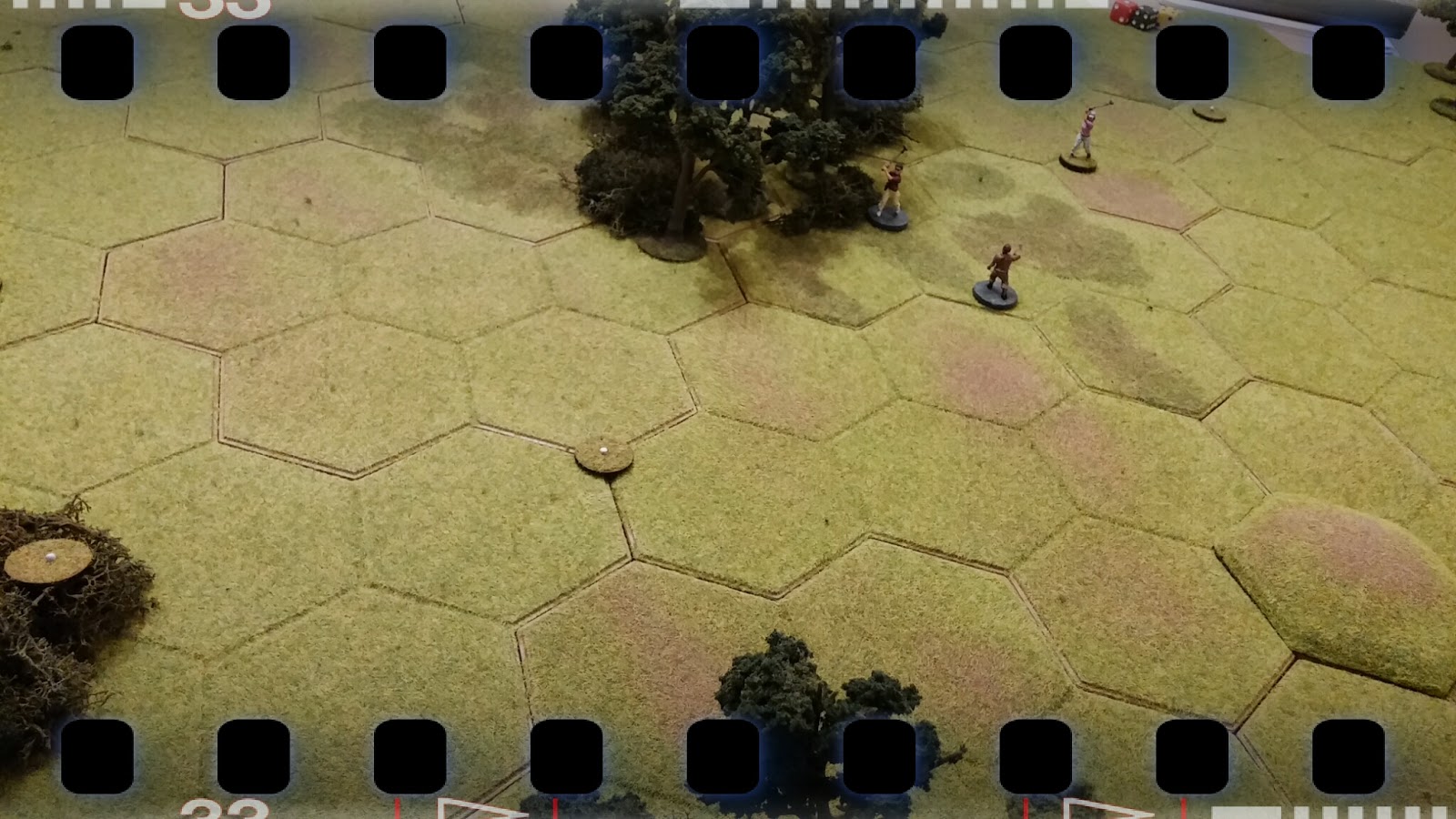 And after a hopelessly overpowered first shot, I managed to plant my ball in the lichen and incur a one stroke penalty.  This was shaping into a nice encounter as a Zed wandered into view.  Clearly the Zed Groundsman (see what I did there?) didn't take too kindly to me ruining his shrubbery. 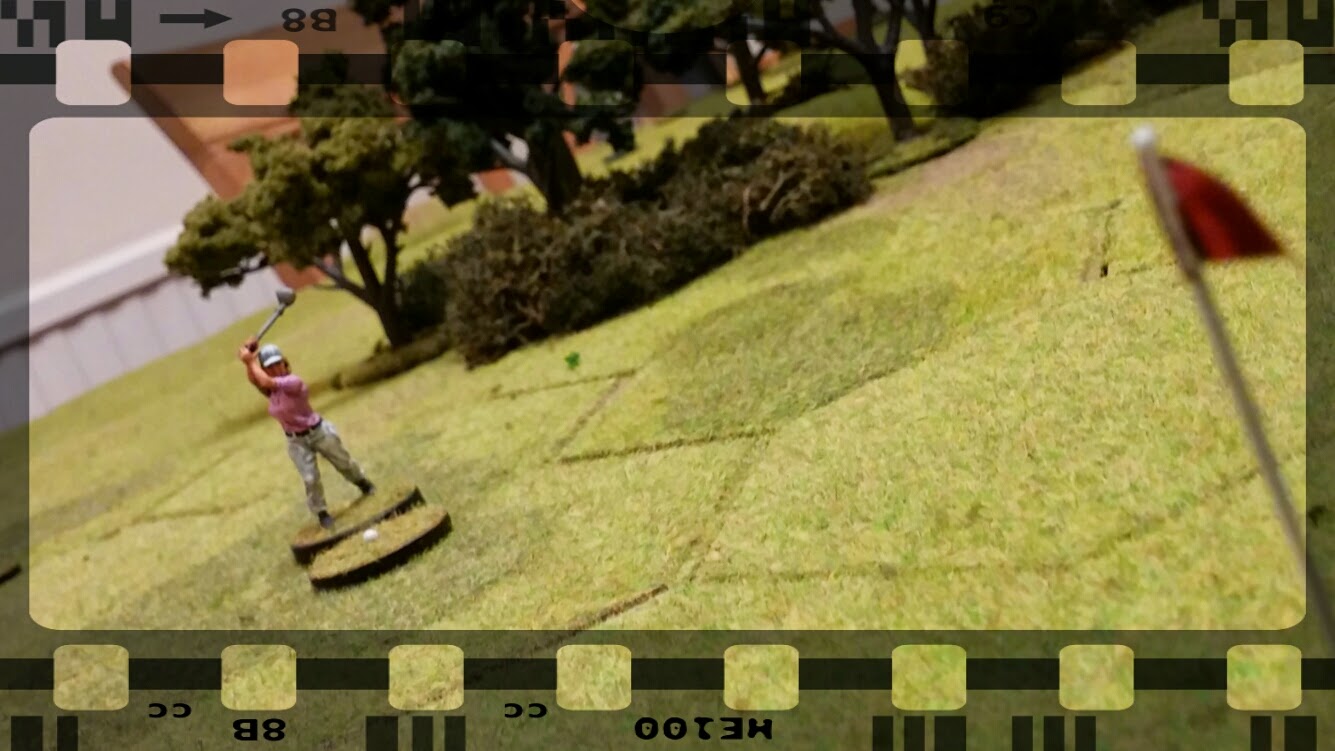 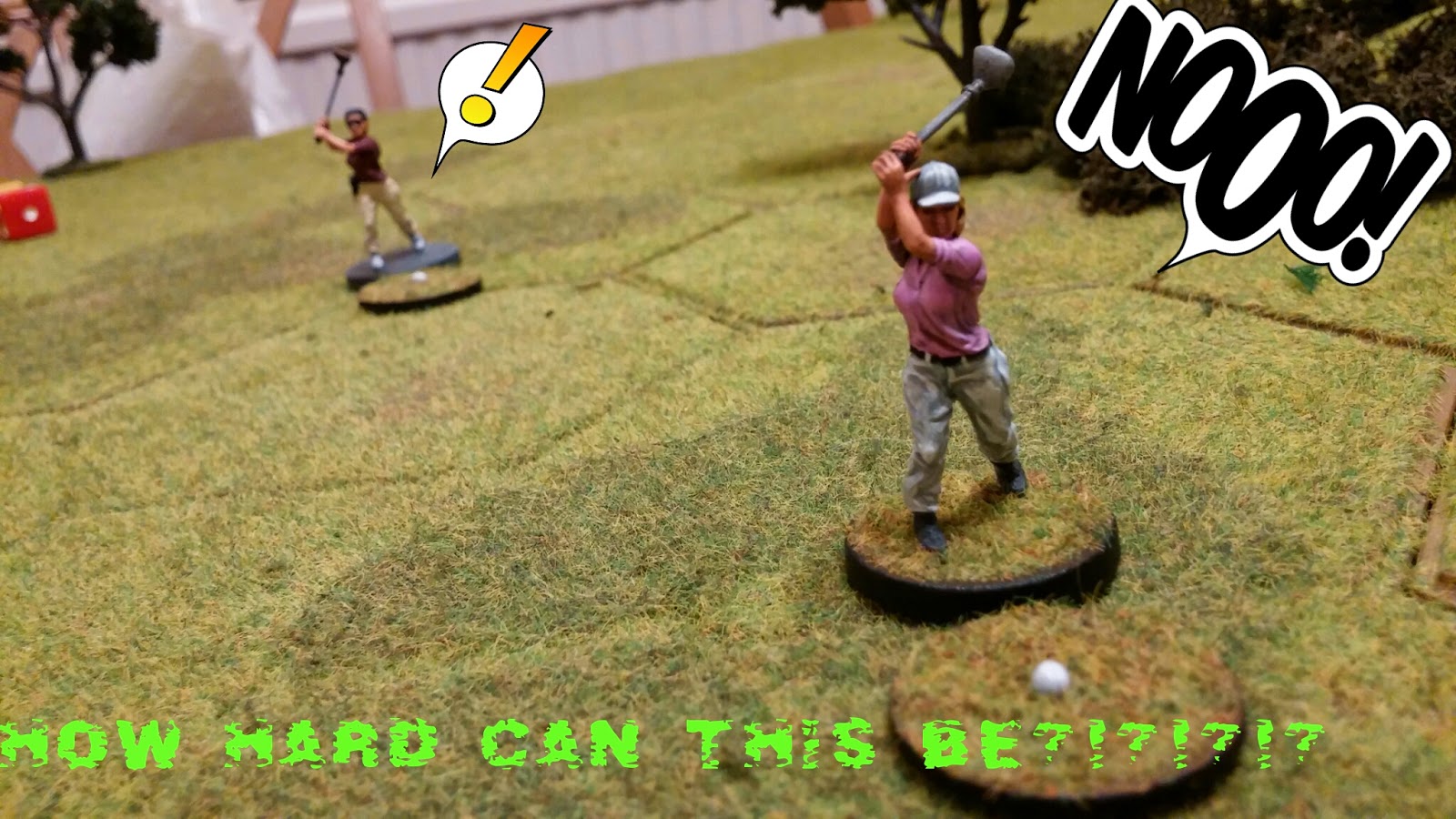 We quickly realised how hard it was going to be to actually pot anything.  Well, that was my experience anyway.  Six shots and a one stroke penalty on the first hole.  My opponent managed it in two.  Still, at least there were some Zeds to take out the frustration on! 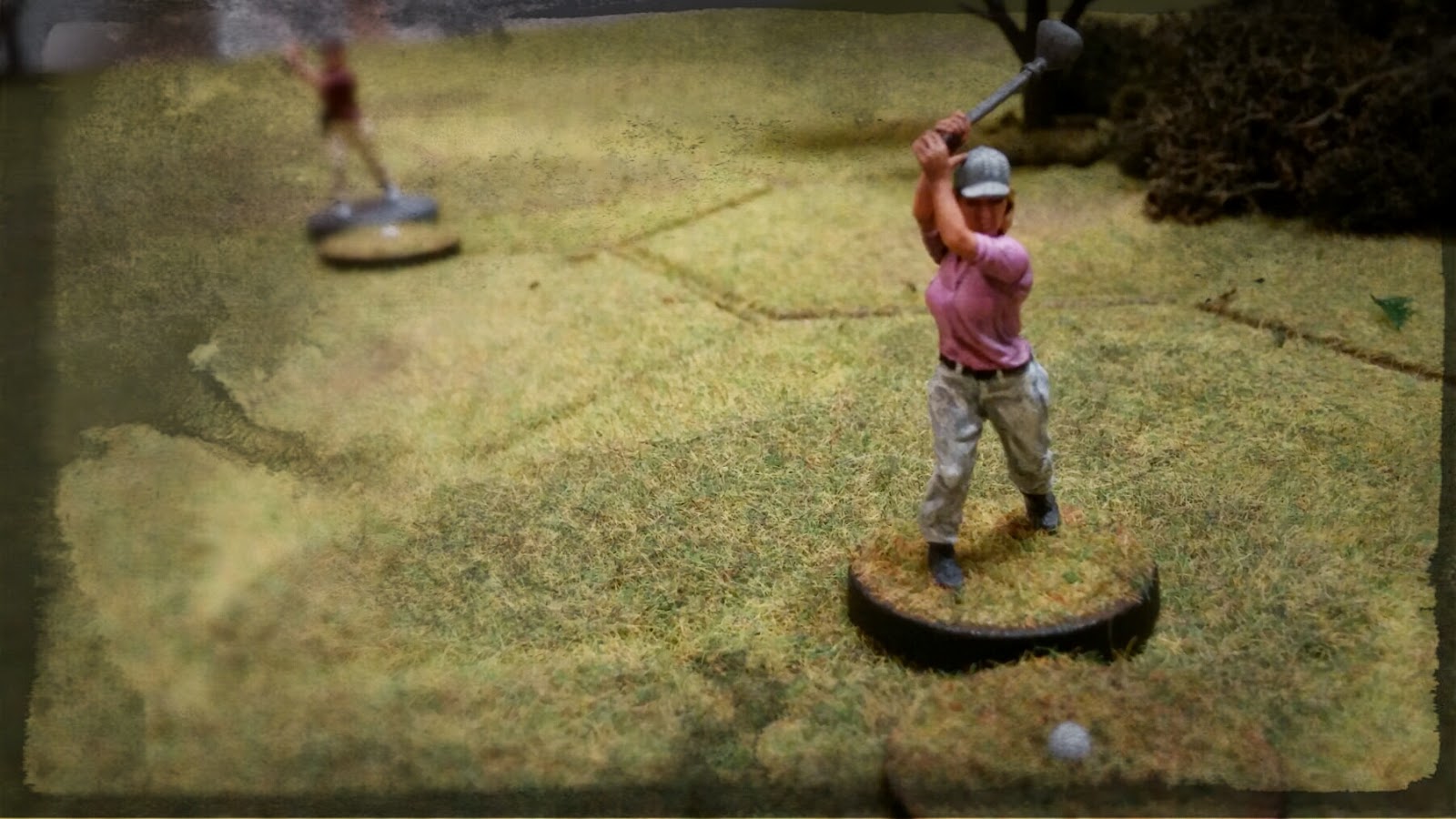 Thankfully though, I wasn't the only one to keep overshooting.  This next lovely shot managed to return the ball from whence it had already come.  Twice. 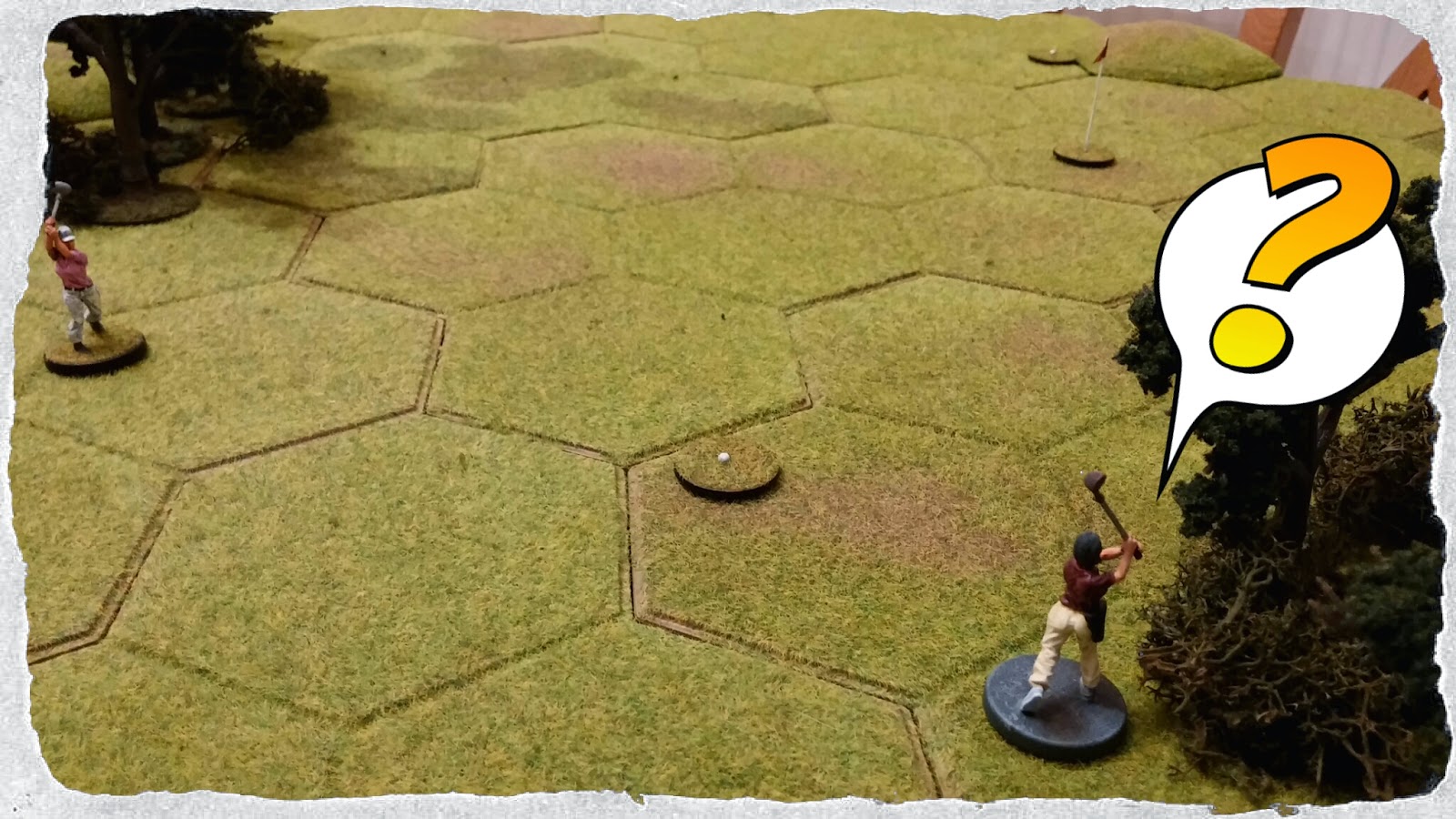 Whose ball is that? 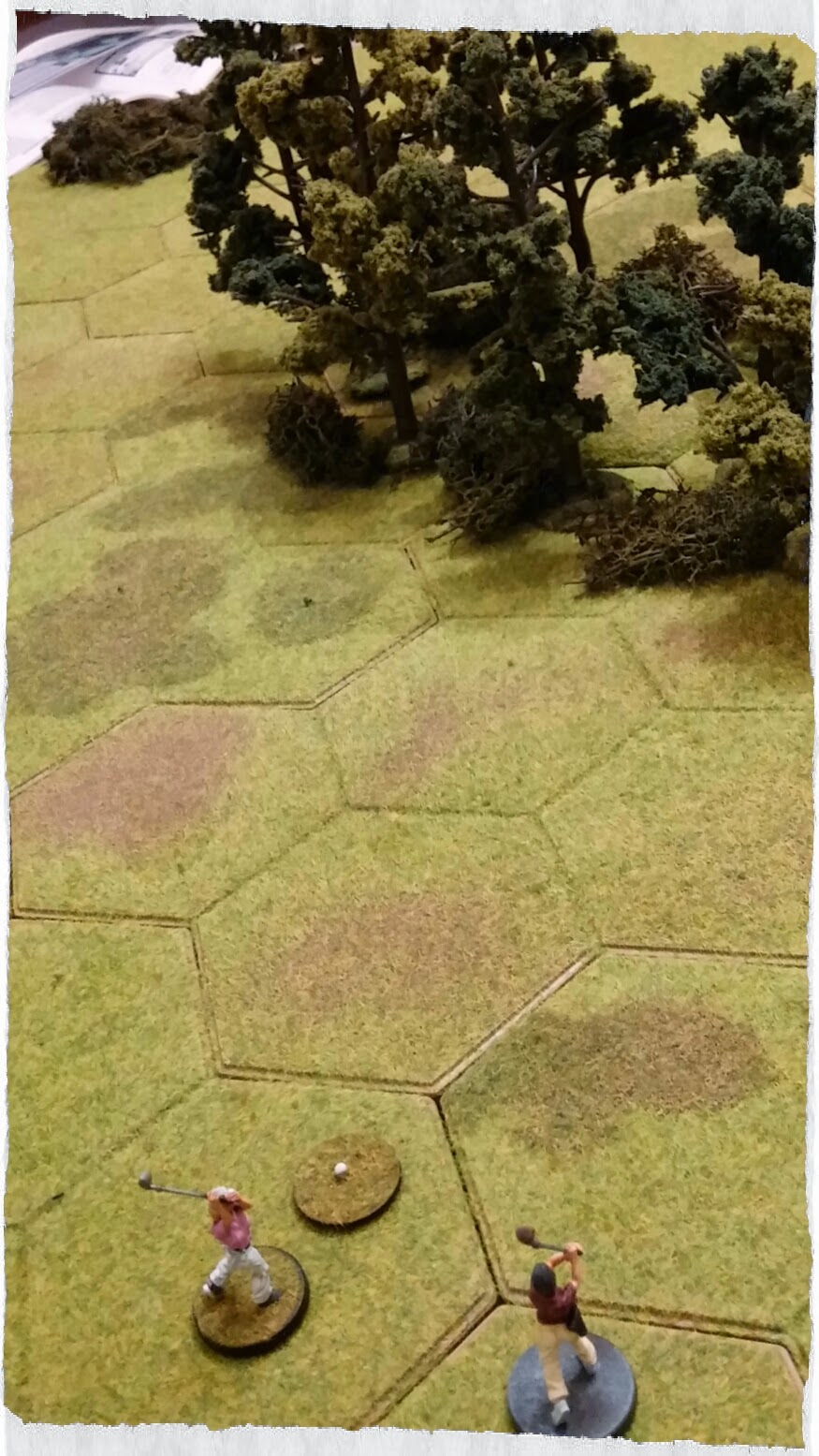 We managed to get through four holes, and bag five Zeds between us.  Three fell to pistol shots, the other two fell to cries of "Fore!" and the strategic placement of our irons. 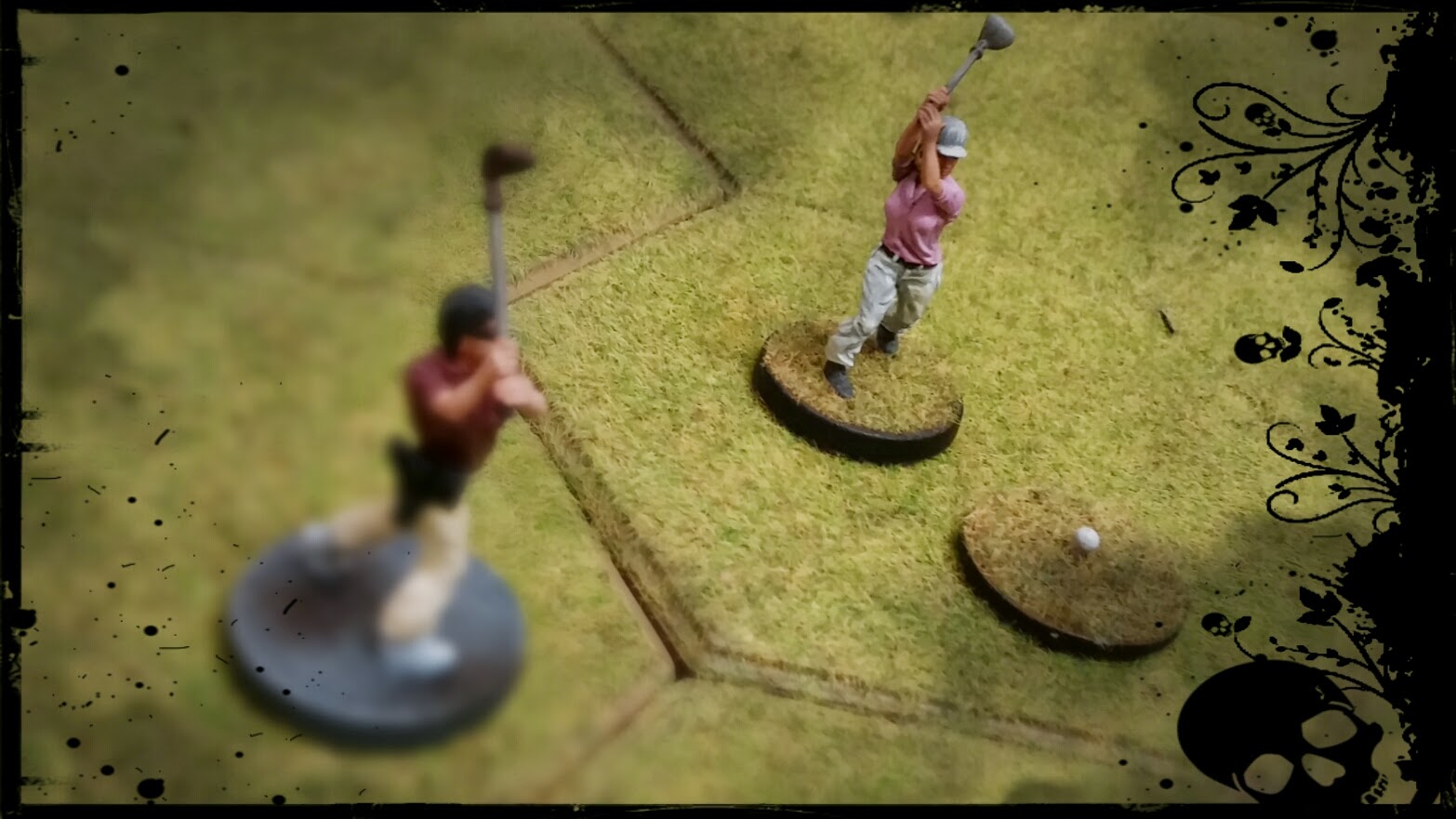 And although we only had time to play four holes (mainly because we were trying to guess ranges and remember to step out of the way of the Zeds) we decided we were finishing off the course next week.