Zeds in the Burbs!

One down, one to go.  Out of three.  Which is quite an interesting numerical conundrum in itself! What am I talking about?  Let me explain...
Once upon a time there was a young man who discovered miniature war gaming and went along happily to what was then called rather ambitiously 'The World War Games Championships'.  Who would have thought a small town in the Midlands would be the epicenter of the gaming universe?  As he walked among the demonstration games and stood in the balcony watching the championships unfold in the amorphous hall beneath him, he was hit by a simple thought.  'Why is the scenery a load of old cobblers?' (or words to that effect).  He couldn't believe his eyes.  Since when did a forest look like a badly cut piece of green felt?,' he mused, " And why did that mad bearded wonder of a man insist that it was alright to put a bunch of 28mm Napoleonic miniatures on scenery that was clearly intended for 6mm gaming?'  Did he think this young man would take him seriously for even a nanosecond when he said it was because of the figure ratio and the ground scale?  'Guess how wrong you are,' thought the young man as he went on his way. And from that day on, that young man decided two things.  First, that if it wasn't worth the effort to do something properly, don't bother.  Secondly, don't trust grown ups who can't appreciate when something looks plain stupid.

Which takes me to the present day.  The way I see it, All Things Zombie requires three locations.  The city, which has to look like a city.  I've done that setting already and you can see plenty of WIP's and shots of the finished work on this blog.  Secondly, the countryside with the odd building on it.  Perfectly serviceable with your average green board and a bit of drop on scenery.  And thirdly, the burbs.  Which only look like one thing.  The burbs.  With virtually zero cross pollination for other gaming systems.  Unless they're conveniently set in the burbs. And if they exist, I haven't found them yet.

You see, what we're really needing is something like this: 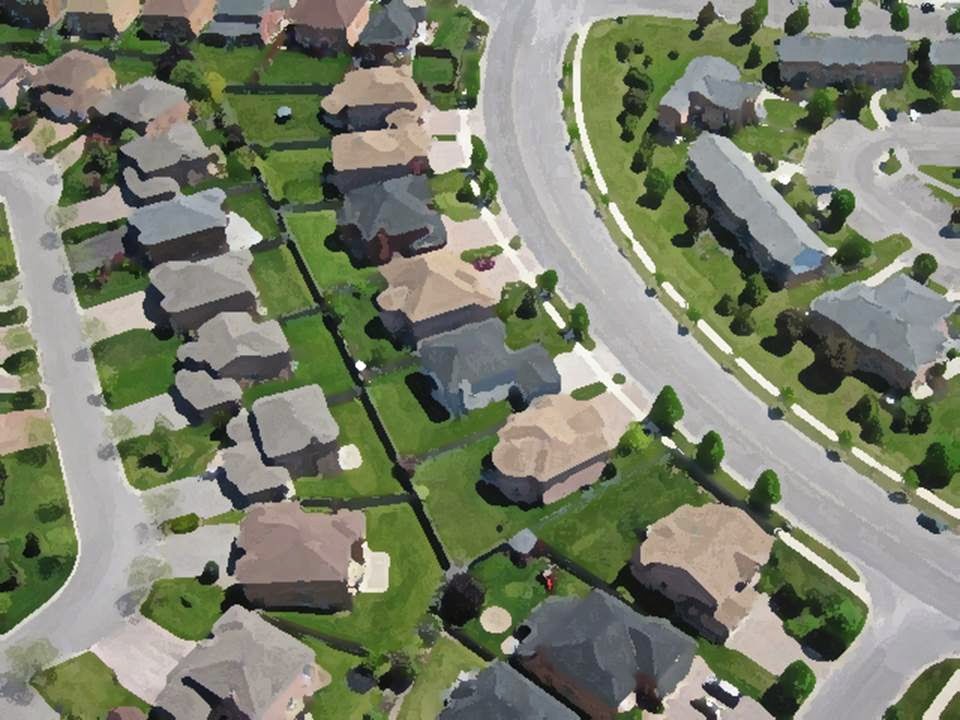 Which is not going to be straightforward.  Or simple.  Or quick.  But according to the first thing that I learned at a much earlier age, if it ain't worth the effort, don't do it.  And ATZ is worth the effort. So bring it on!

So without further ado, and dispensing with the dramatic fanfare, here's my "Oh-my-goodness-where-did-that-project-suddenly-spring-from" project: The Burbs.

The plan is to make the street have buildings like these, but with more garden space. You may think this will create a more desirable area. You may convince yourself that this is precisely my plan, and falsely accuse me of being snooty. Which I'm not. The reality is far, far simpler. It'll give me less buildings to make and open the space up a bit for gaming. So in short, I'm going to making buildings like these, but in a layout more like the photo above. 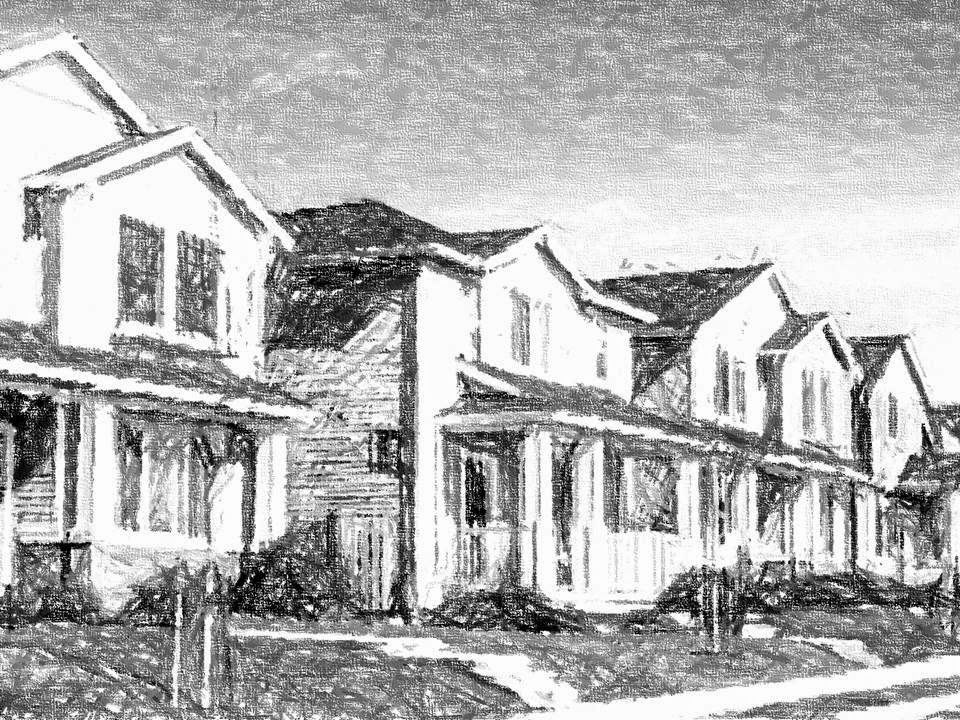 Which takes me onto available space.  The debate right now is whether to go for a 4'x2' or give in and do a 4'x4'.  The former seems most logical, as I can use the reverse of my two remaining 2'x2' polystyrene boards.  But to be honest, a 4' square board would be better, both for gaming on and for the spectacle of it.

So I'll probably go for the 4'x4' option then.  The only limit to this will be that all roads and pavements will have to be placed onto the two remaining boards. This will put the road and pavement on one half of the boards and allow the grass sides of two others to have sit on terrain placed on them. And since they have two layers of foamcore on the other side (because they are a part of my city layout) the boards will sit level with the two I'll be working on.  Now there's a bonus!

So, one side of the street will be made like the city boards, with only really enough space to add false frontages for the houses.  The other side of the street will have full buildings complete with gardens.  And swings.  And stuff.  The roads, driveways and any front lawns will need to be modeled onto the boards.  Everything else will be drop on scenery.  You know, so that I can use them in all the other games set in suburbia that I haven't come across yet.

Yes, it will take time.  But yes, it will be worth the effort.  Because in accordance with the second thing I learned a long time ago, I'm not prepared to cut corners and put down something that looks plain stupid.  Even if it means I can't game some spectacular Napoleonic game like I've always wanted.

So watch this space.  Because between dinosaurs munching their way through the NSDAP, and a farmstead for the ETO, this blog will witness the Rise of the 'Burbs!

And it will have other uses.  Even if I have to write myself a set of rules called 'The Freakin' Bug-eyed Nothin' Like E.T. Martians Have Landed in Our Back Yard" to further justify all this effort!  By the way, that title is now c.c.copyrighted!!!!!!!!!!
Labels: 28mm American Suburbia Wargaming. All Things Zombie Modern American City Wargaming Two Hour Wargames Zombie Apocalypse Wargaming