My thanks go to those who answered one of those new poll thingies I posted on G+ a couple of weeks ago. Just look at what you've started! 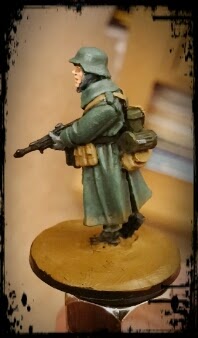 I'd been uncertain what to do next. The last two years have seen The Town with No Name and a modern American city street reach the point of gaming TRwNN and ATZ.  I had no idea what to do next.  Out of the five options posted on the poll (they only let you have five) WW2 in 28mm was the runaway favourite.

I started work on a commando force for Bolt Action a while ago. Right then, I thought, let's try and be clever and do something obscure like Crete. Which would be fun, but didn't make sense when I've got the fantastic Lord Lovat, Bill Millin and Peter Young minis from Warlord.  Everything was crying out Normandy, D-Day and blast it, if you're going that far, why not add in a company of Red Devils from Pegasus Bridge while you're at it. Which may well just happen.

And while I began thinking about scenery, I began to think about Normandy, Belgian and German buildings. This would allow us to game throughout the western theatre. Which took my mind to the new Bolt Action supplement "Battleground Europe". My mind only, you understand. Definitely not my hands. Oh, no. Guess which muppet decided to place an advance order months and months ago on Amazon, which still insists on telling me its not released until 20th November when its clearly been on sale at Warlord Games for weeks. Joy. So instead I'm stuck twiddling my thumbs for another fortnight.

At which point the proverbial lightbulb went on above my head. Eat Hitler. I came across the rules from Pulp Action Library at the start of the year. I'd even gone on to purchase some miniatures for this system a wee while back. I already have a lot of dinosaurs for Saurian Safari, so this seemed as natural a game to play as the rules are great fun. Which leads me nicely to nine lovely miniatures from Artizan Designs.

You can find out all about this excellent set of rules here:
http://www.pulpactionlibrary.com/Products.php


It only took a nanosecond to think this side-project through.  I was hooked, you understand. And so out came the miniatures, ready for cleaning, basing and getting ready for painting. Tasks I haven't done for quite a while.

I've always been a big fan of Artizan Designs. I love the sculpts, and they paint up like a dream. There's also very little flash to clean away with a file or scalpel. 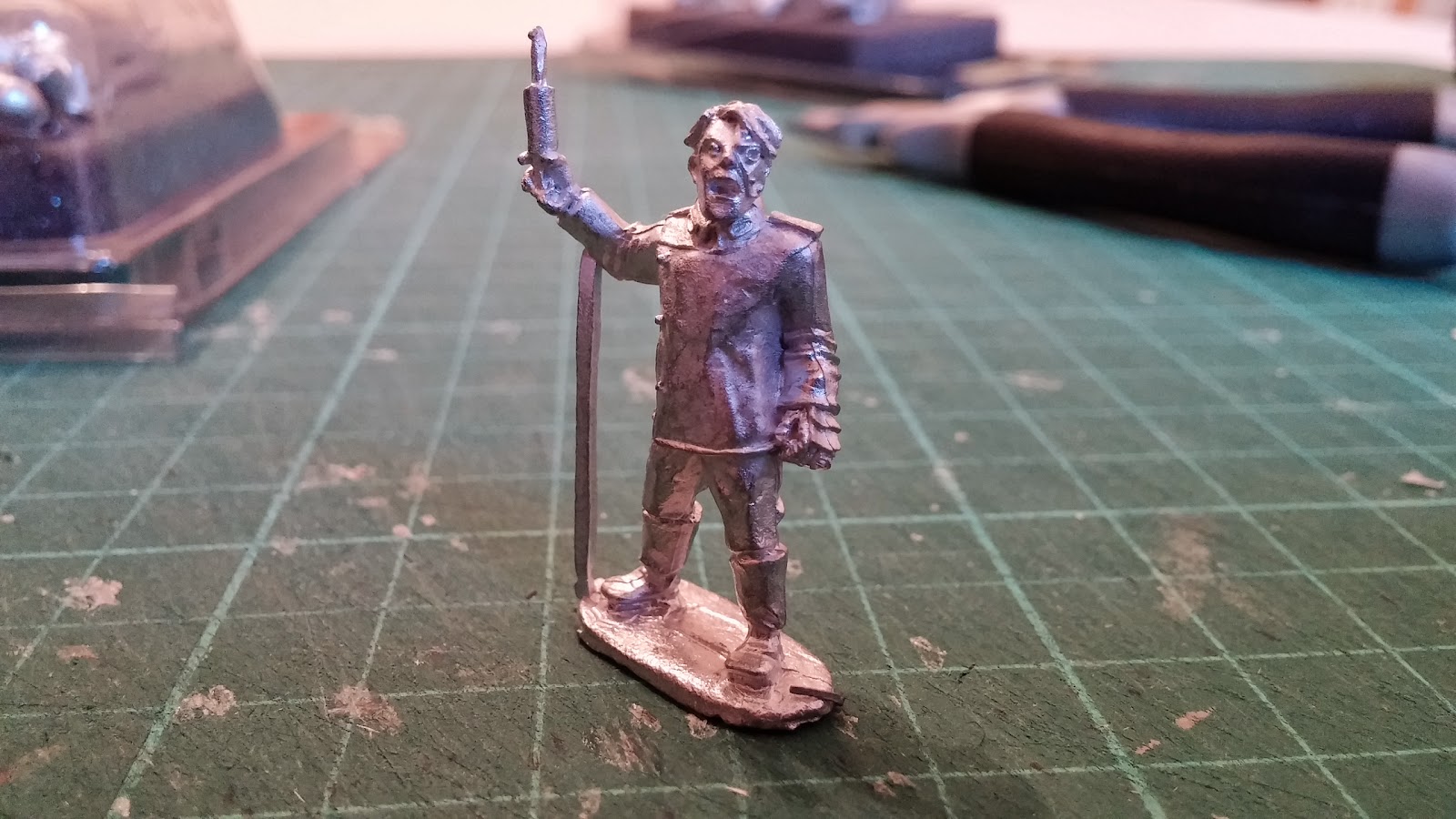 I chose their PLP 047 Dr. Klomp figure as my Adolf Hitler. He comes with an iron fist, some kind of iron face mask, and a ridiculously large syringe. 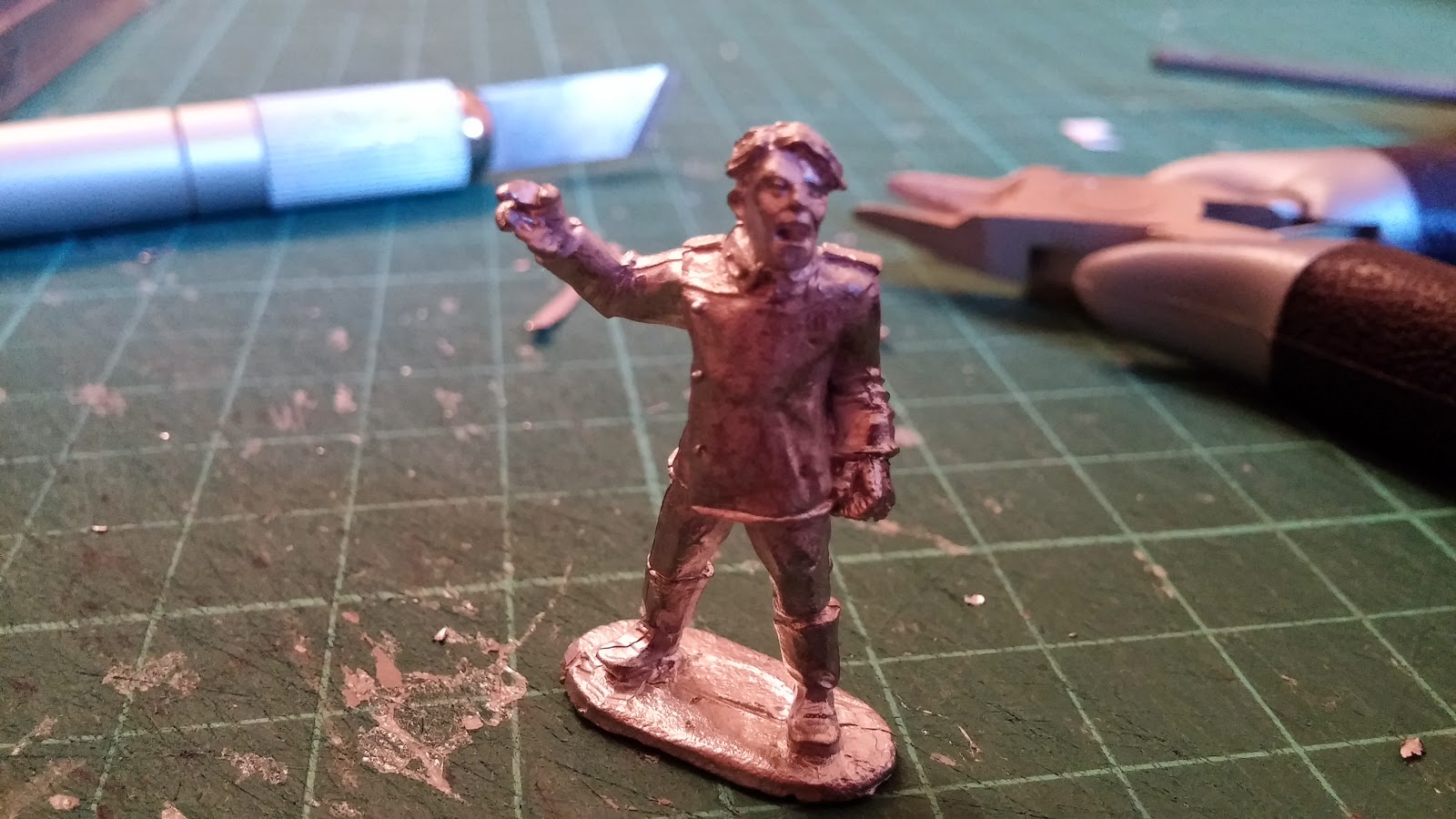 With a little work with the scalpel, he was ready for painting. I was originally going to replace the right hand with a plastic one that would have made him look like he was receiving the salute (although the only one he'd ever get from me would be of the two-fingered kind).  But I've kinda grown fond of what looks like one of the earliest examples of finger speech marks.  I can imagine him looking at the scientist who transported him back milennia rather than years saying "a slight mistake" before setting Goering on him. 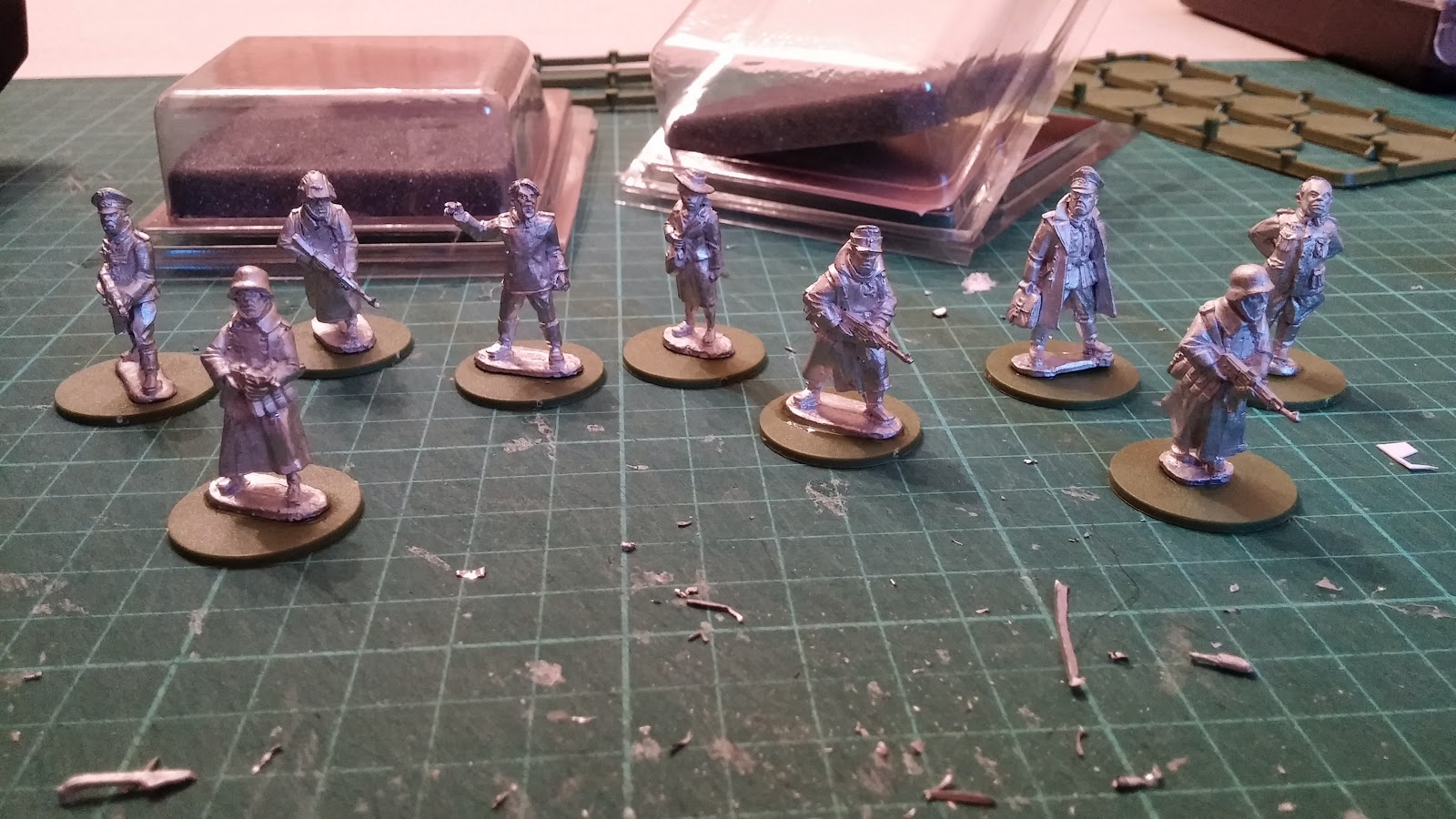 It was an obvious choice to use the Colonel Braun figure from PLP 557 as Goering.  Of all the possible choices of characters, Goering was a definite, if only because when he's eaten by a dinosaur it takes an extra turn to do so because he is so large. 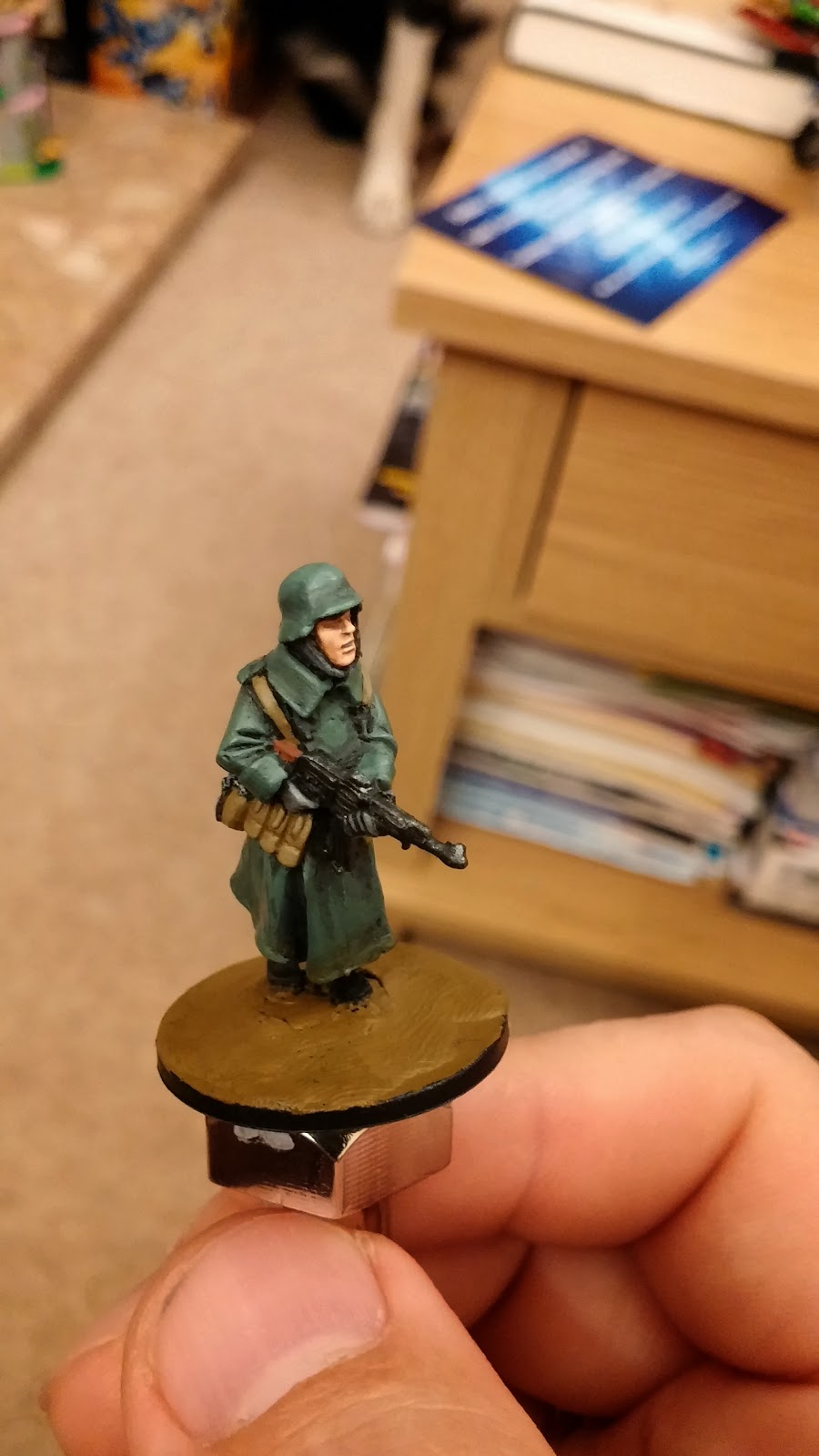 I chose to use SWW 077 Late War Germans (Winter) with MP44's as my SS troops.  I figure the blasted SS were always better equipped than the Heer infantry and would therefore have regulation great coats, so I though I would let them sweat it out in the Mosozoic.

And to round it all off, the woman with potentially the worst taste in men ever, Eva Braun.  Or Miss Greentree (PLP 043) as she appears in the catalogue. I fear I have done this young woman a disservice by casting her in this way.  Nevertheless, the figure seemed appropriate.