The Countdown to Patient Zero Has Begun!

Okay, crazy excited just now!  Our first game of ATZ will take place on 27th October! There's much to do before then, but it's all good.  If a little crazy!

First up, the traffic lights.  I'm concerned that a little superglue isn't going to be enough on its own to keep the super shiny and smooth magnets attached to the bamboo skewers.  So I began with a trip down memory lane to those good old days of primary school education in the seventies.  You remember?  The time you spent hours on end making plasticine worms?  Of course, I'm being so much more mature about it now.  I'm using milliput.  It won't be all that visible when the posts are painted, but it should make all the difference when it comes to using them. 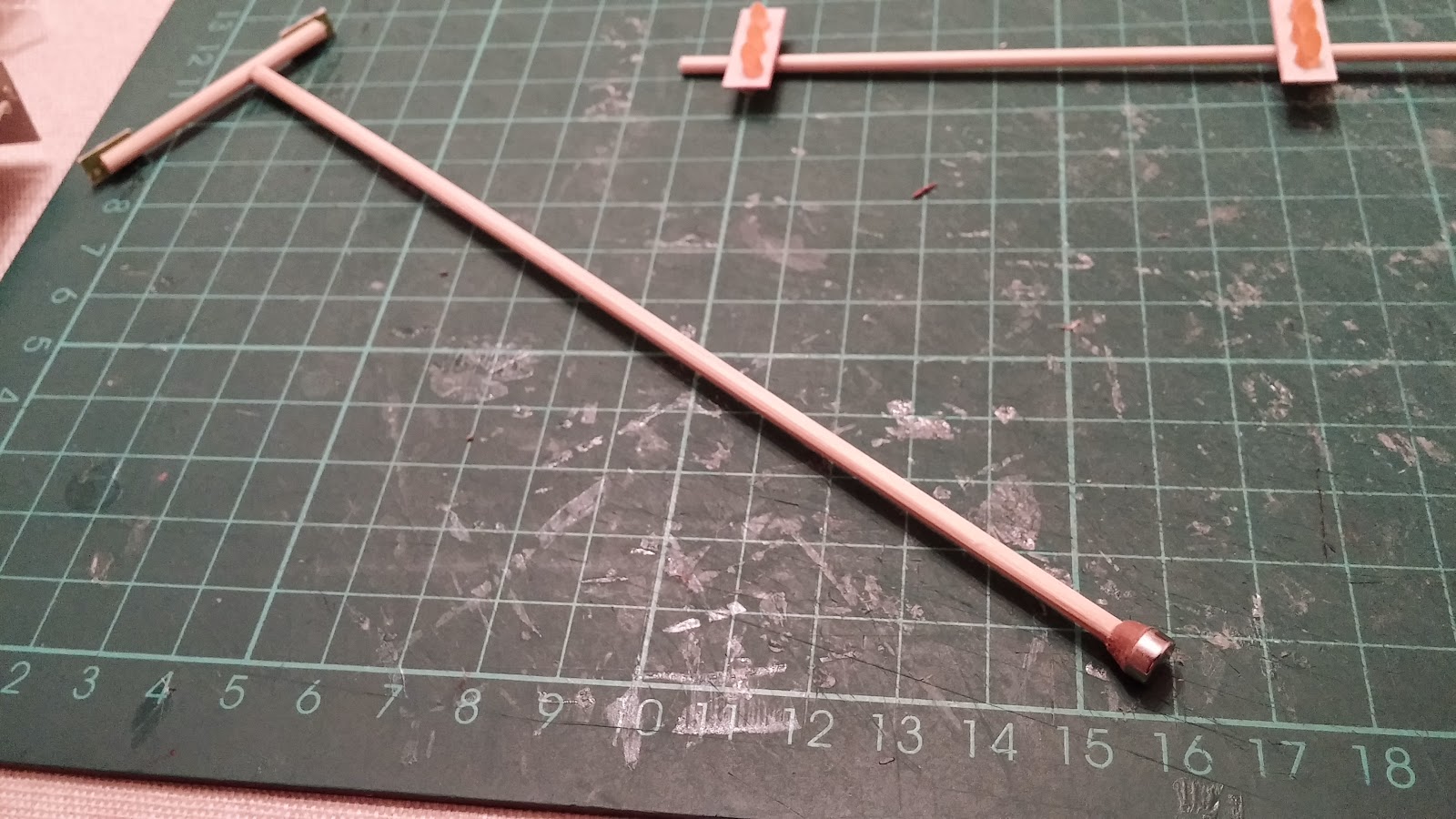 Once this had dried, the traffic lights and street lights were painted.  I'm becoming convinced that grey is to modern city scenery what brown is to wild west scenery and miniatures. The more variant shades the better. I had initially painted mine black. 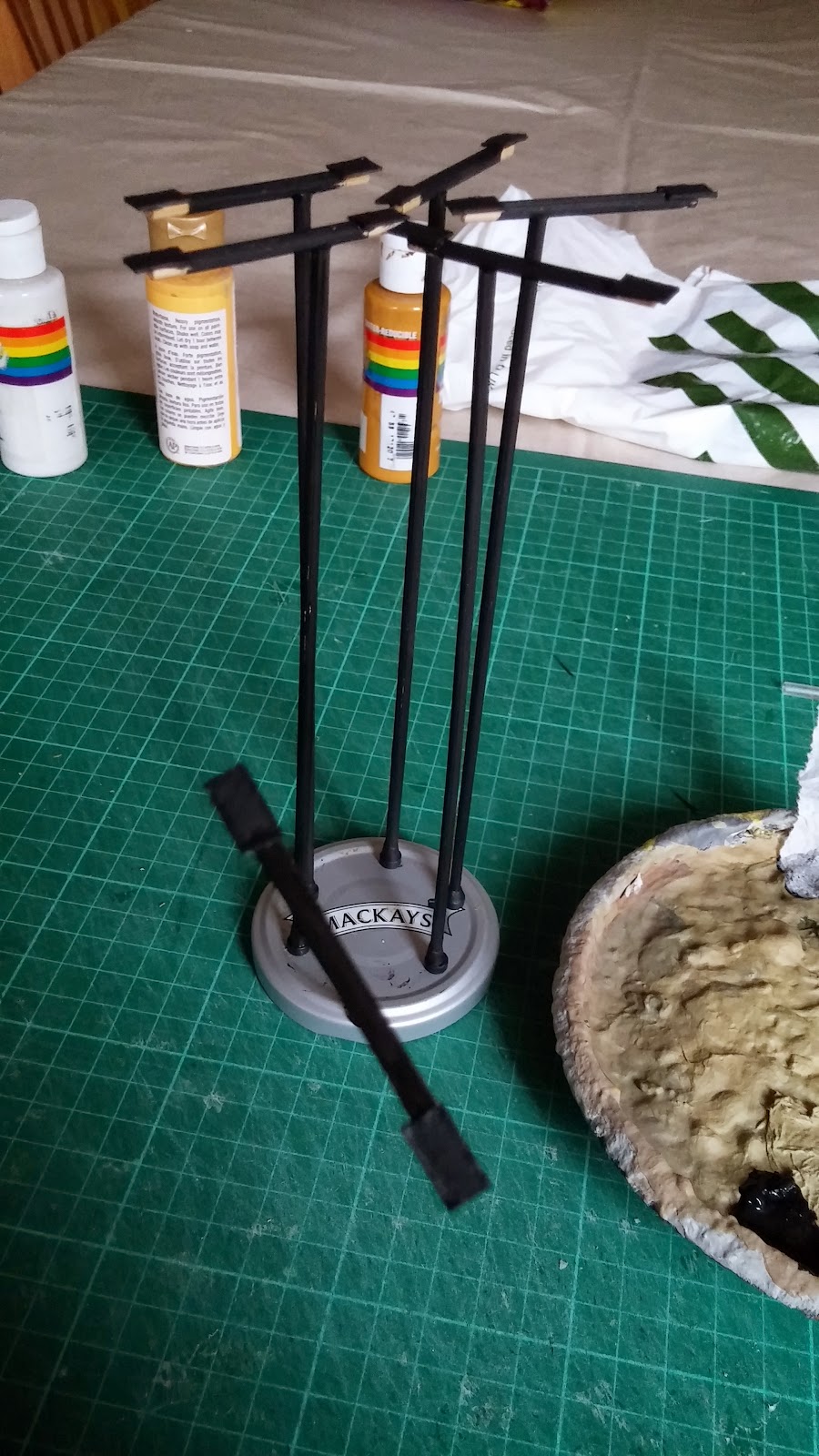 I thought it would make them stand out.  It did.  Way too much.  And they didn't look real.  So out came the grey paint.  And my red, amber and green as well! 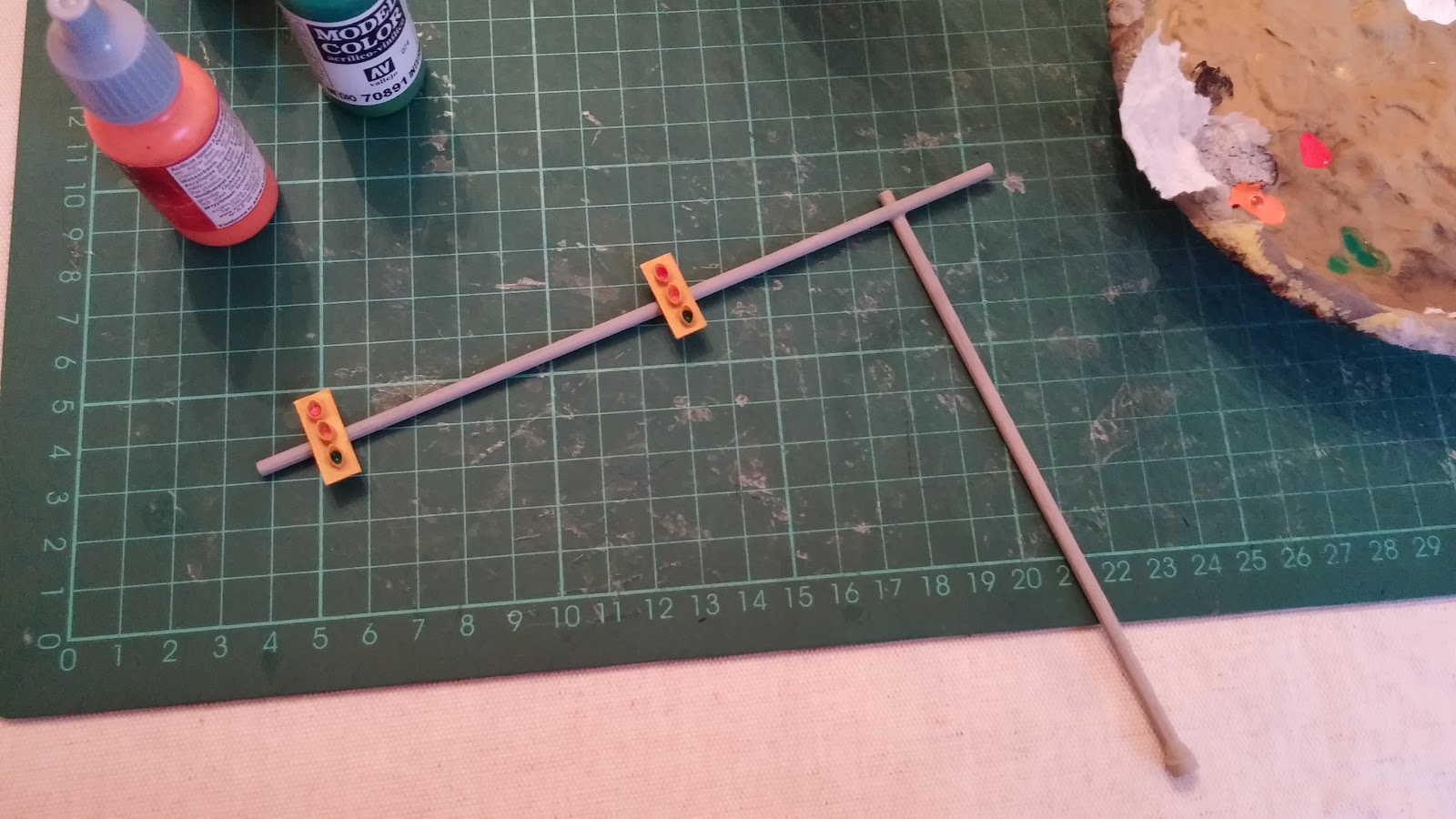 To quote an old gravy advert, aaaah!  That's better!  Note the clever use of the jam jar lids on my water jars to help with my painting. 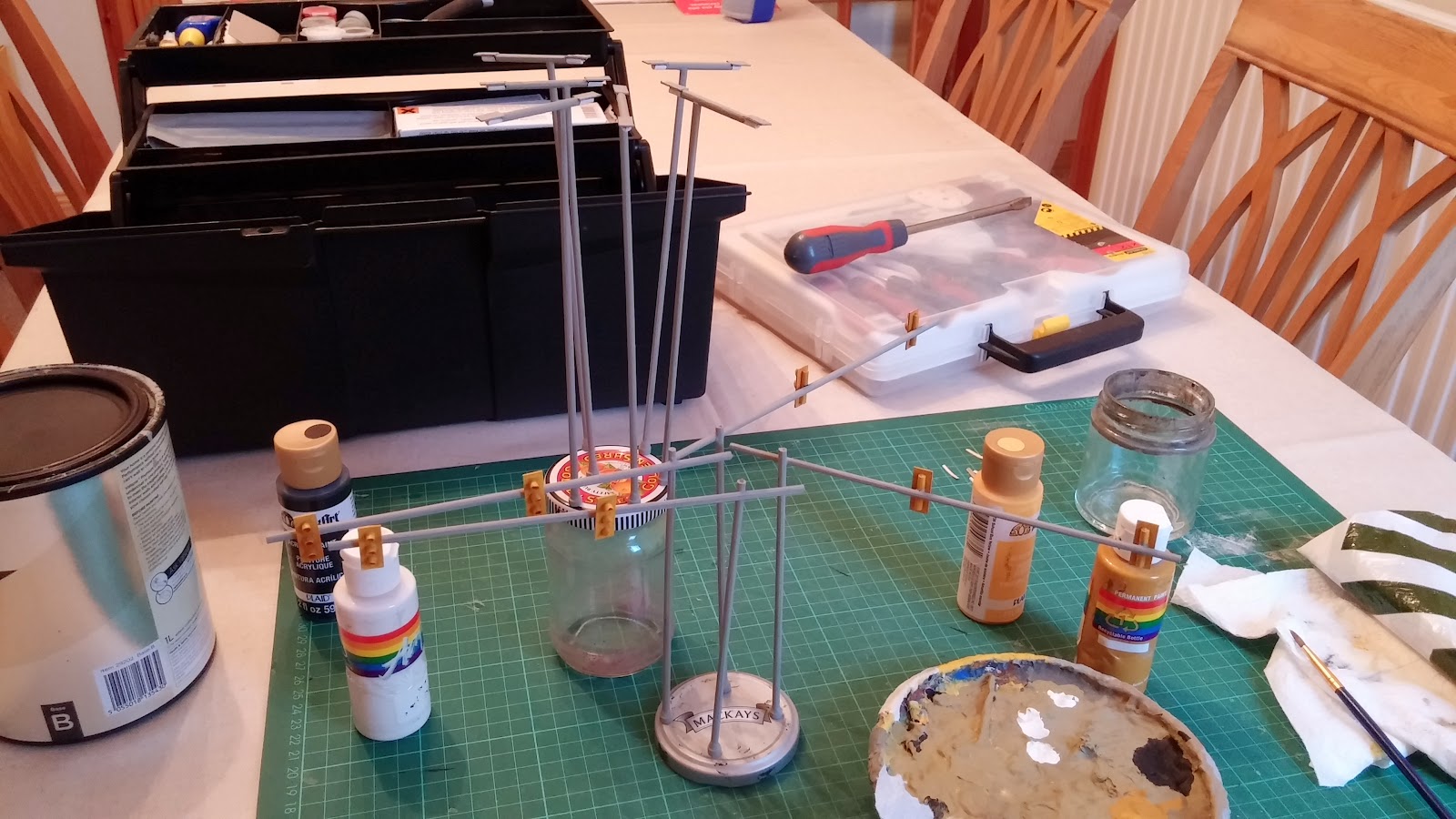 And in a desperate segue into something completely different, here's the Gang Rosters I've designed for the game.  Because there's nothing like giving yourself a lot of work! Look, I even found space to add the totally unnecessary but very cool ZedTally box.  Because if you ever have to retire a gang, you're really going to want to know just how many Zeds they took down! Relevance to rules?  None that I can find. 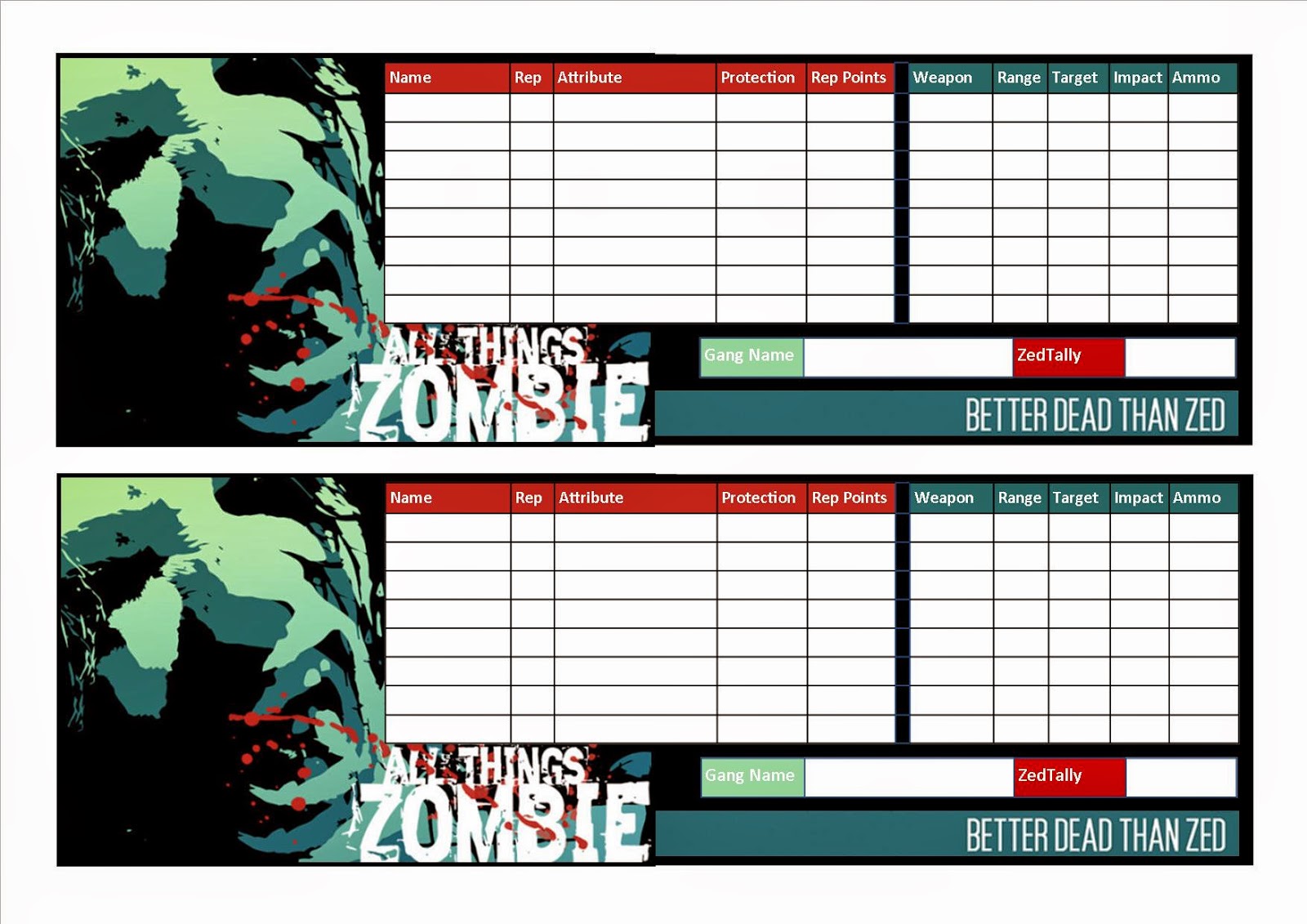 And just because I could, I decided to make my own shots fired counters as well. They are slightly more comedic, but I couldn't resist! 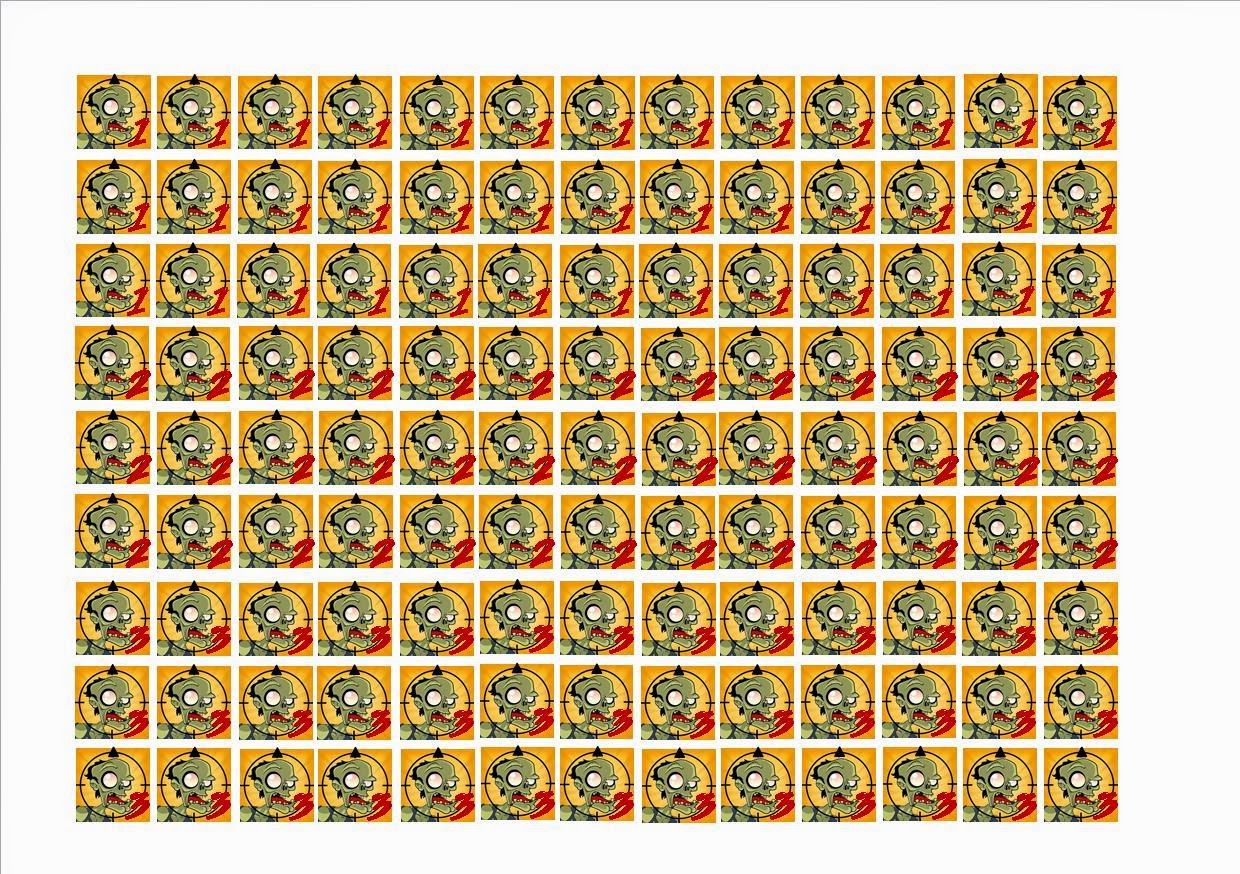 All of which made me go completely overboard with the 'Know Your Enemy' Reference sheet. This will go on the other side of the Gang Roster. 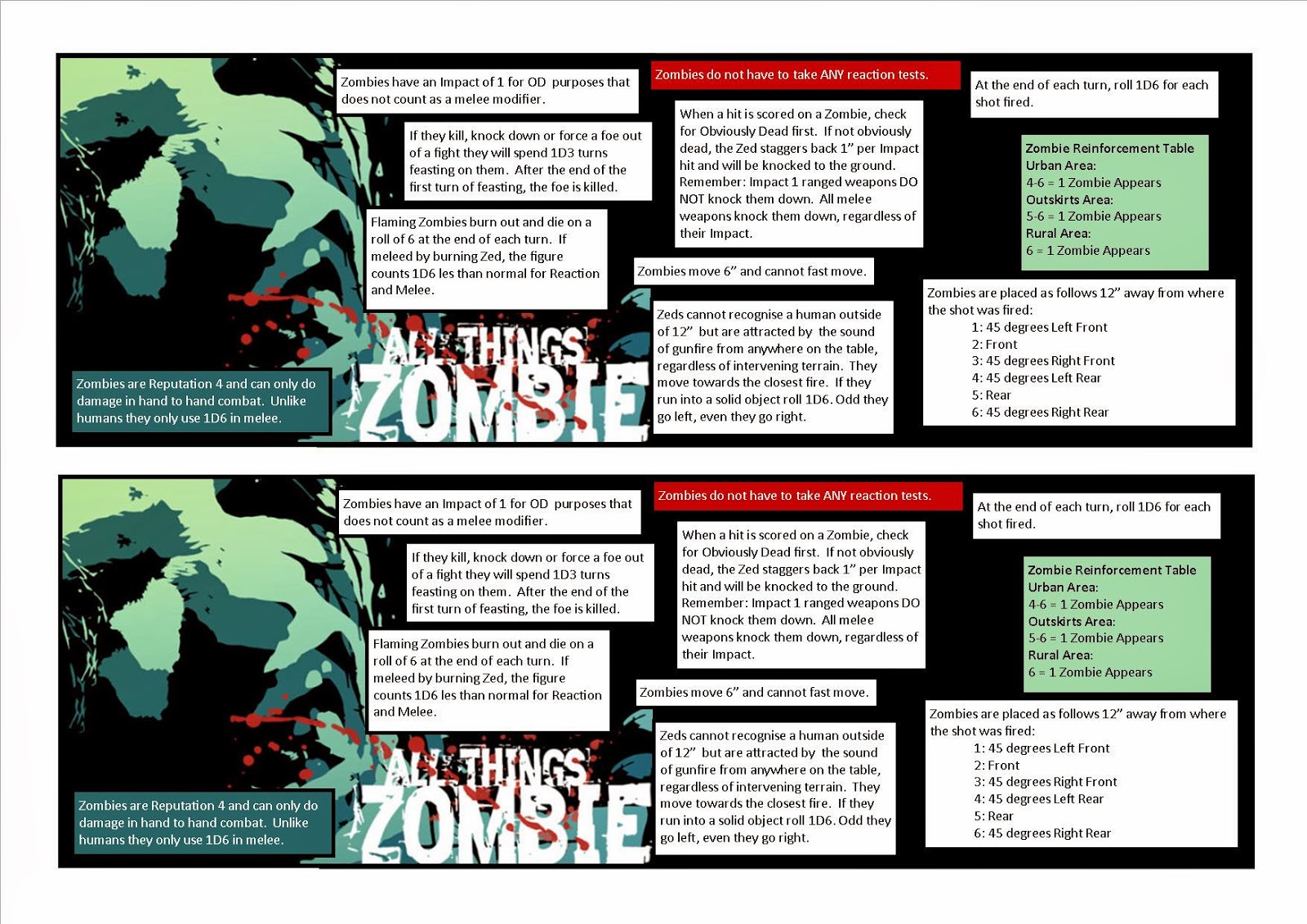 Anyway, back to the scenery, and here we have a shot taken late this afternoon.  Six hours of painting had finally resulted in the buildings ready for the windows. 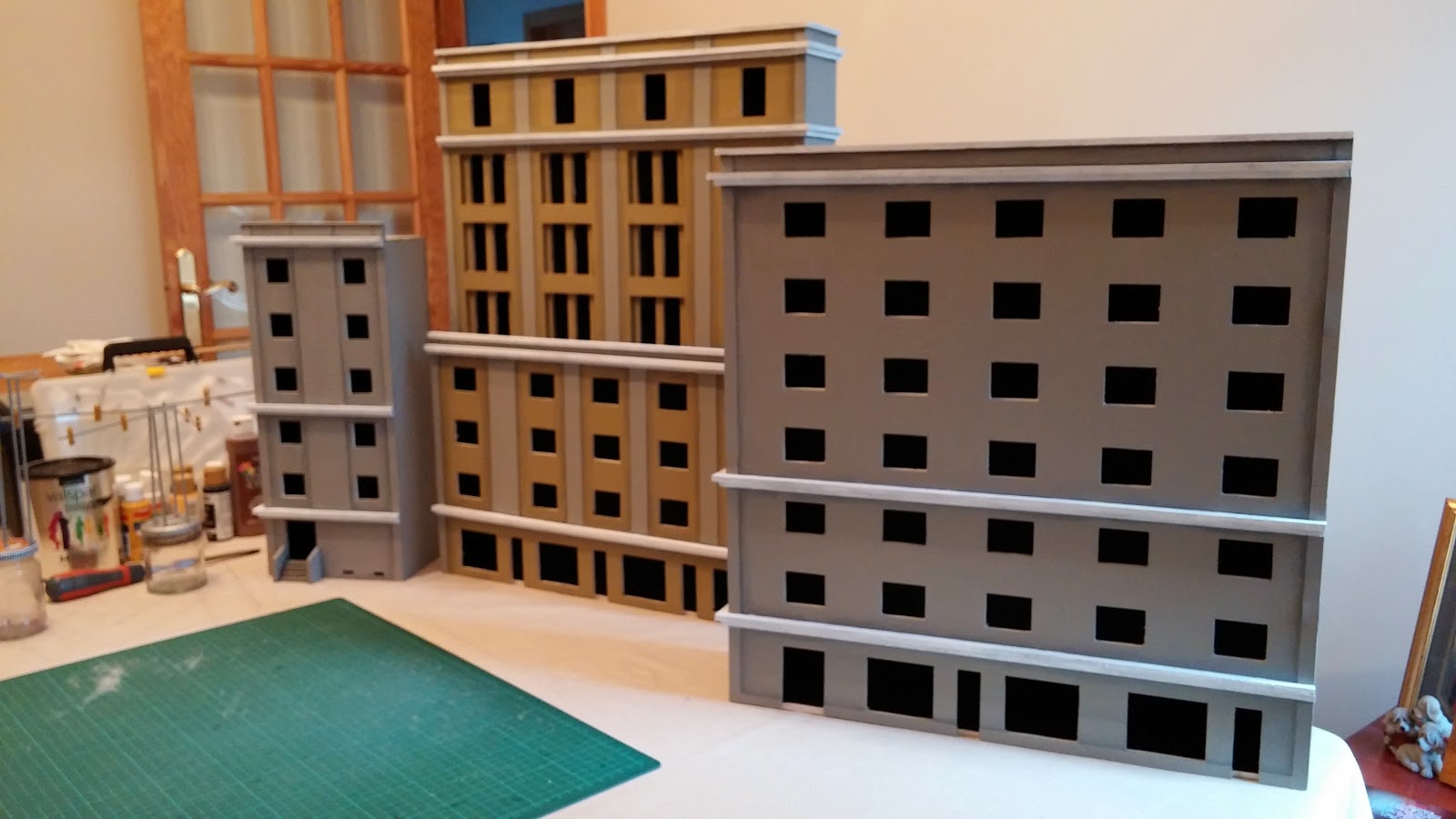 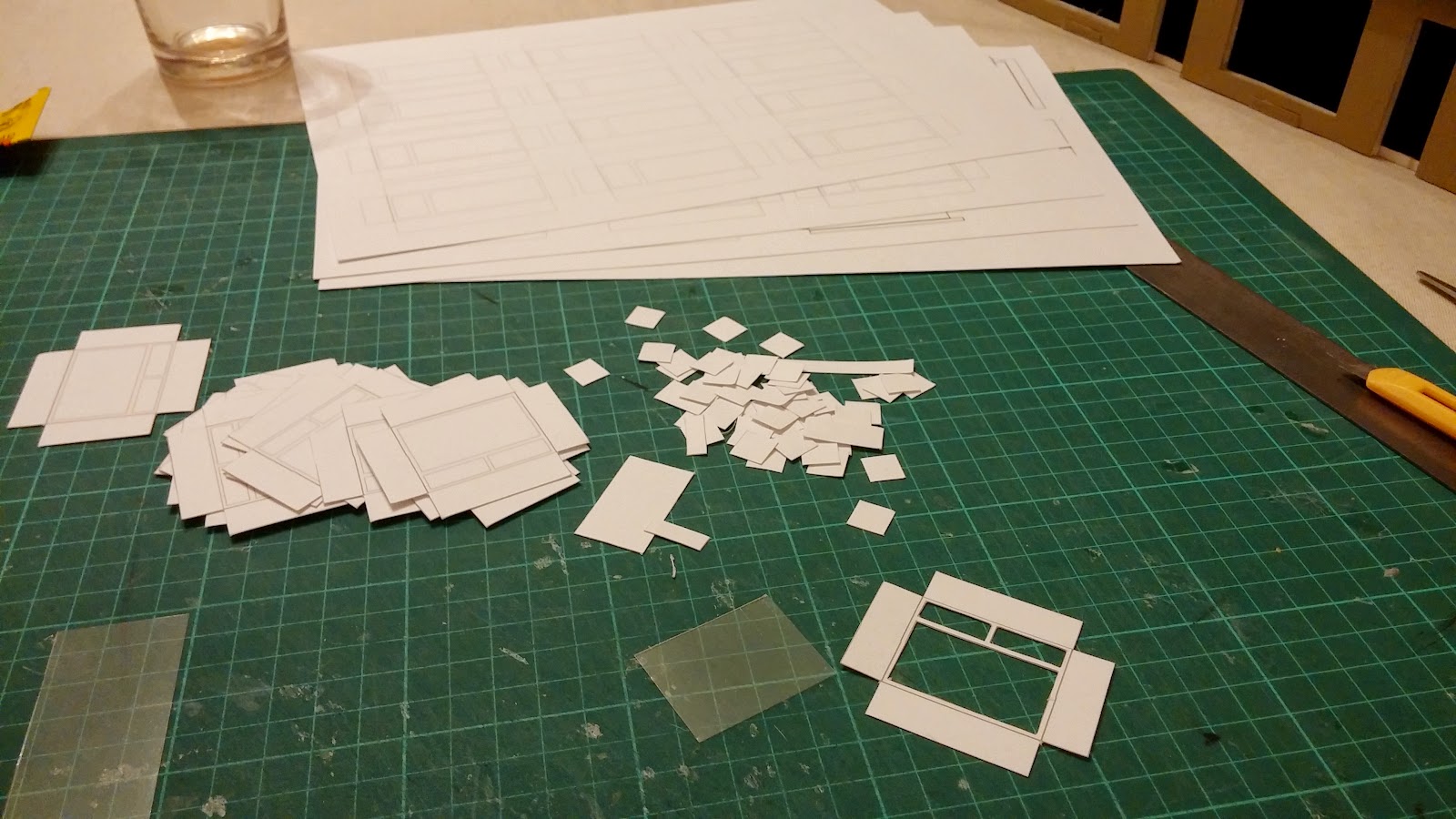 You did notice the sarcasm, right?  I'll hold my hands up.  Its all my fault.  I can't blame anyone else.  I designed the process myself, after all. It involves making a shell, placing acetate on the back and then inserting them into the relevant windows.  It's just that I've made so many different sized windows, I dread to think how long it'll take to do this. 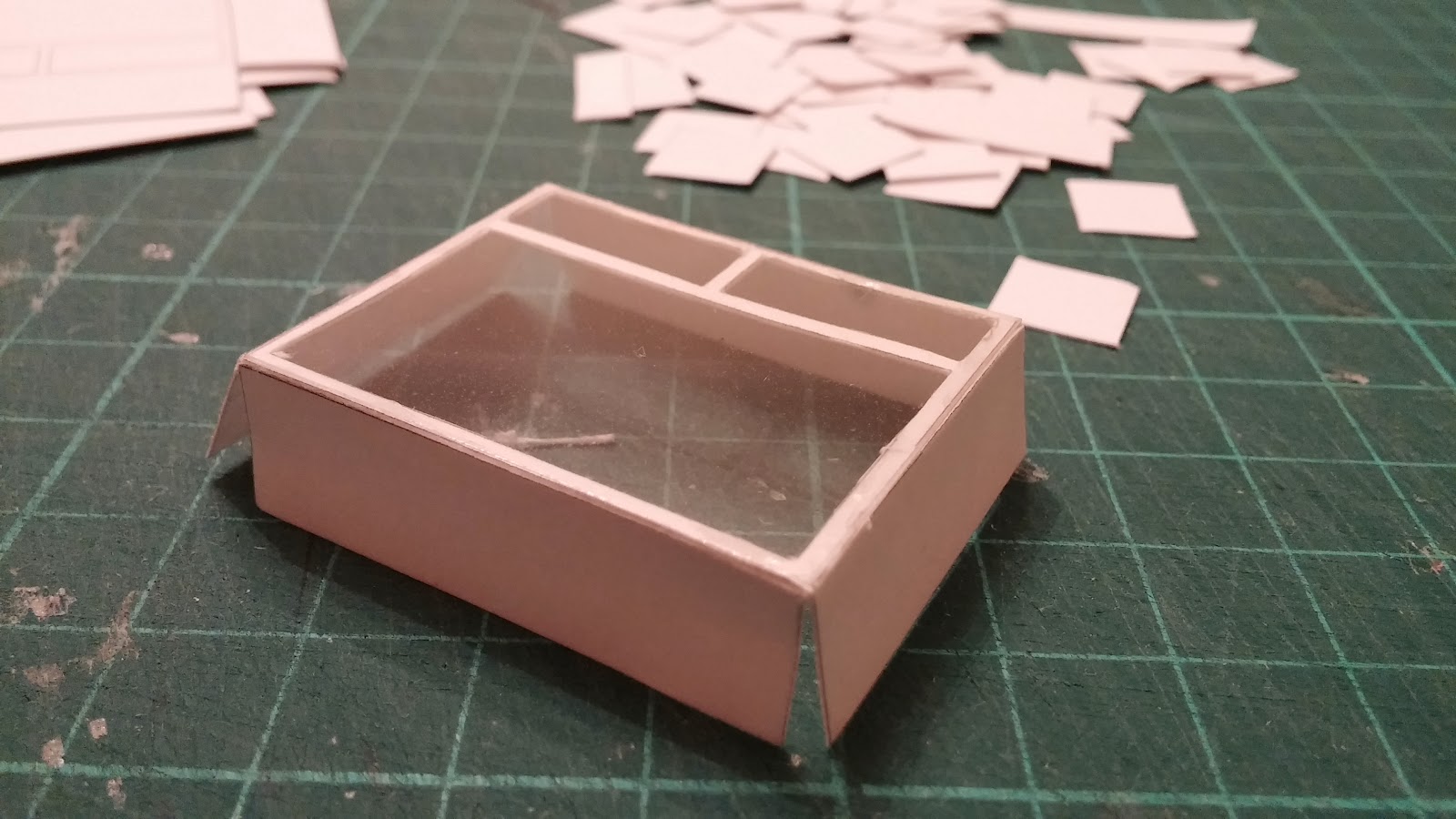 Should have worked for Everest.  At least I can fit seven of the blighters in a little under an hour.  I'll leave you to count how many I've still got to do...! 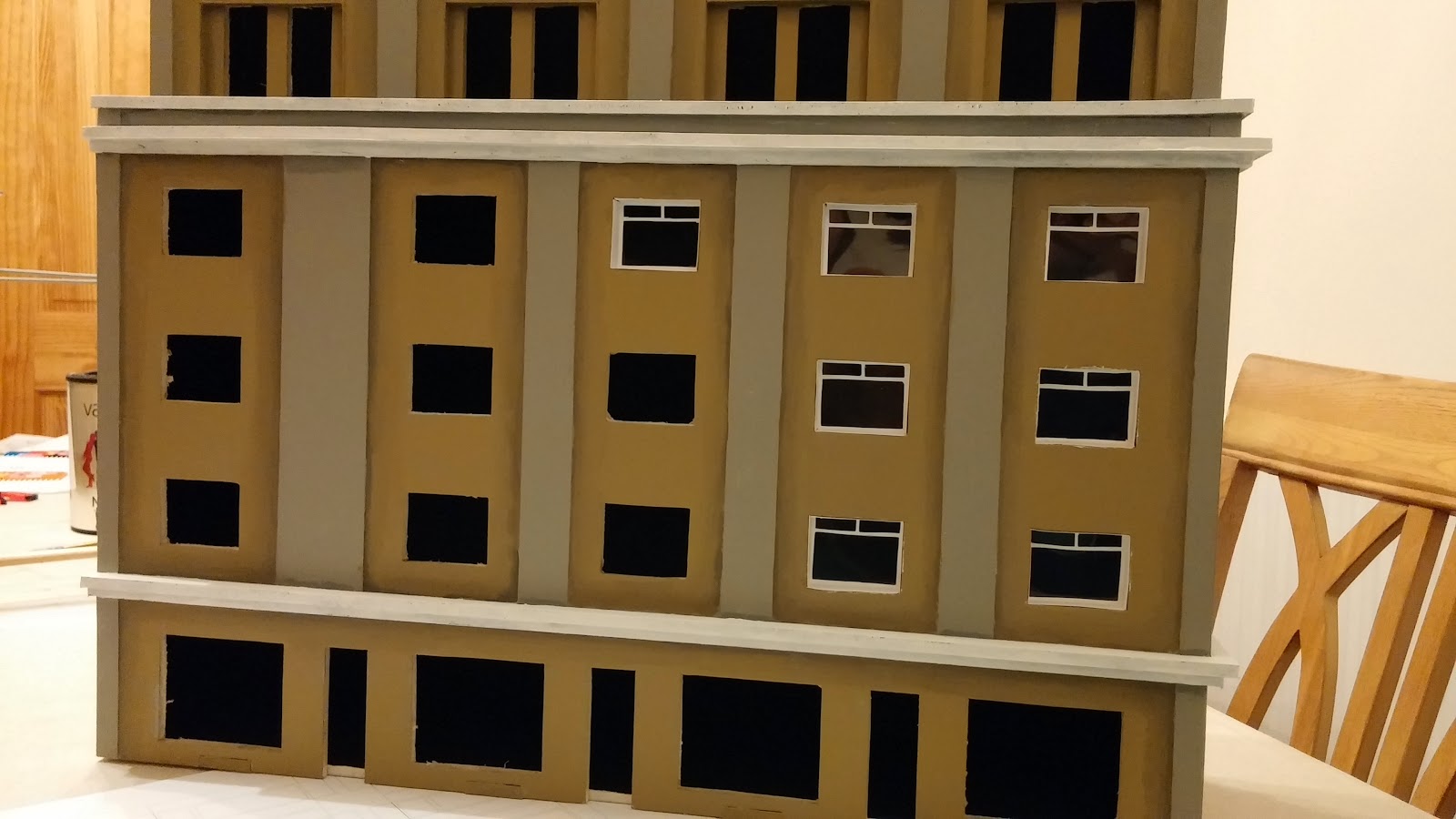 And here I am a little over two hours later.  I'm really proud of the result, but with a lot less time to work on this project than I had hoped this last week,is it's going to be a very long evening tomorrow if it's going to be ready for our first game on Monday evening... 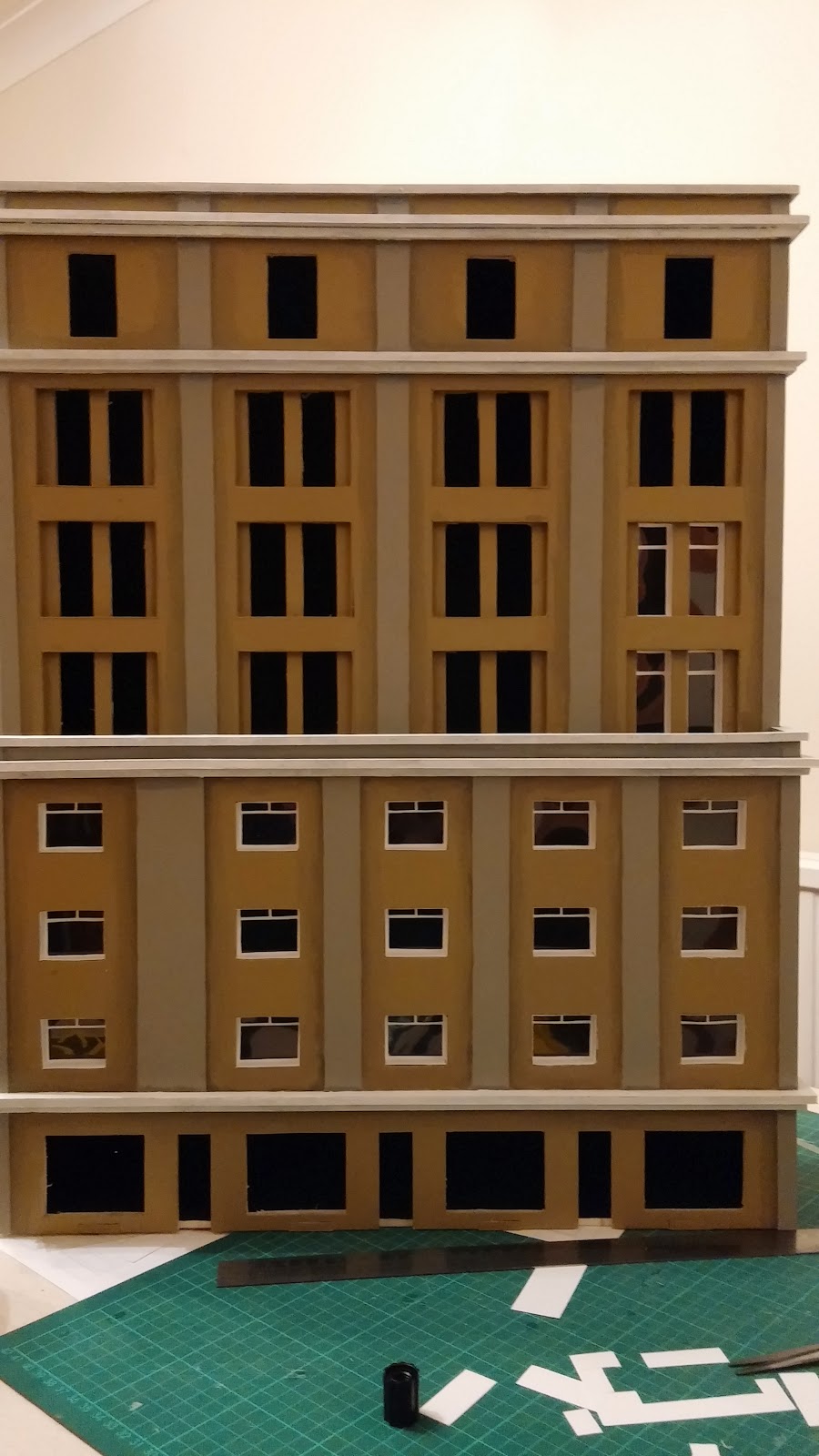 Good job the clocks go back tonight then... Now where did I put that midnight oil?  The light's gone out...