I've done so much glazing that even Everest would be proud! 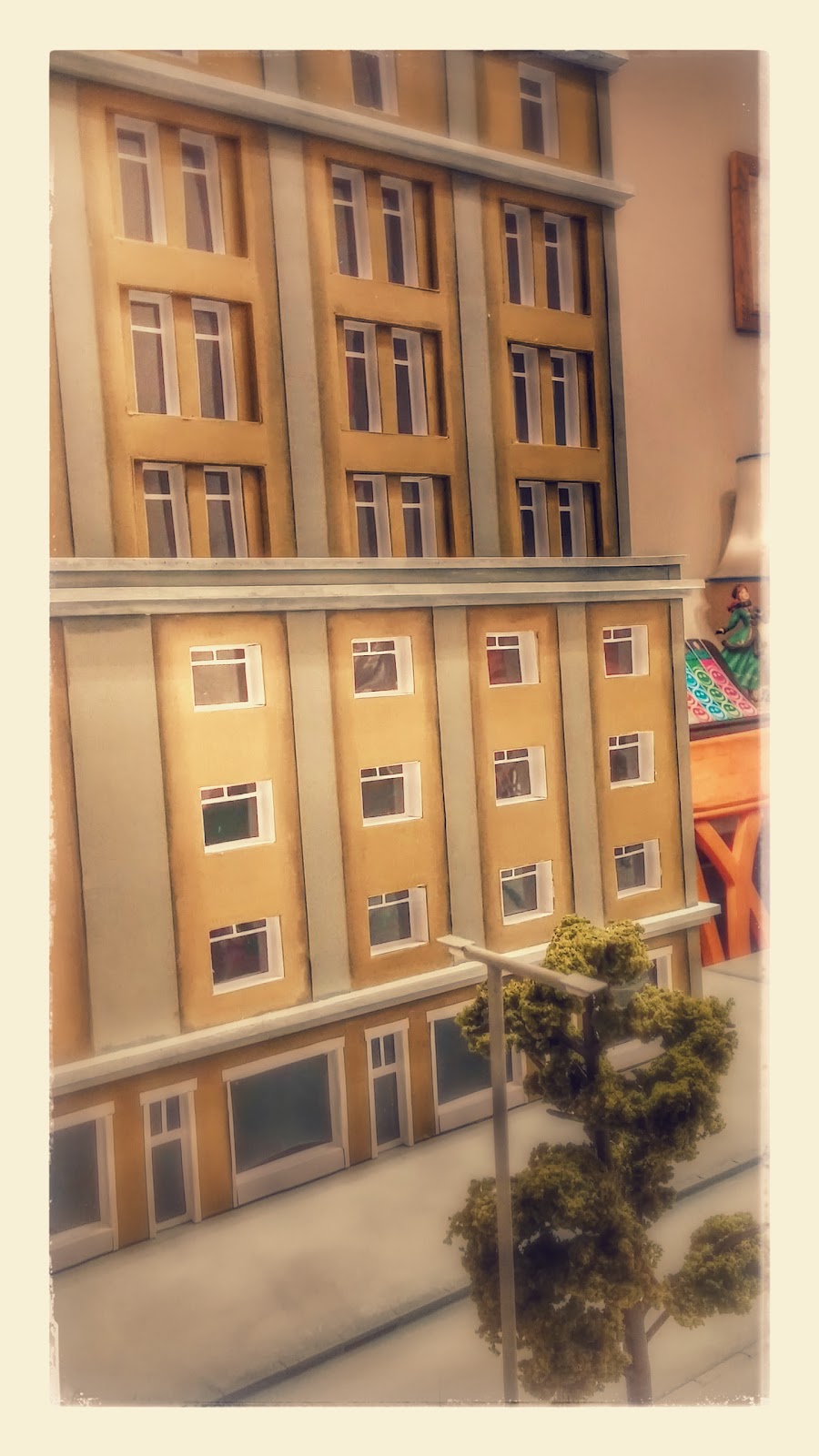 It all came down to the wire, but I managed to make my deadline and get in my first game of All Things Zombie last night.  Well, I say 'game' in the loosest sense.  We kind of got sidetracked between looking at the gaming board, musing on what else could be made to add more realism to it (bus stops, trash cans, one of those newspaper dispensers and so on..), the backstory to our gangs and so on.  And once we had finally decided that 'random but with veto rights' was the way we'd make sure we made out backstory fit our gang generation, we soon realised we didn't perhaps know all the rules as well as we had thought.  No worries though, as we had a fantastic time realising the potential of the system.  Which is great considering how many hours had gone into the scenery. 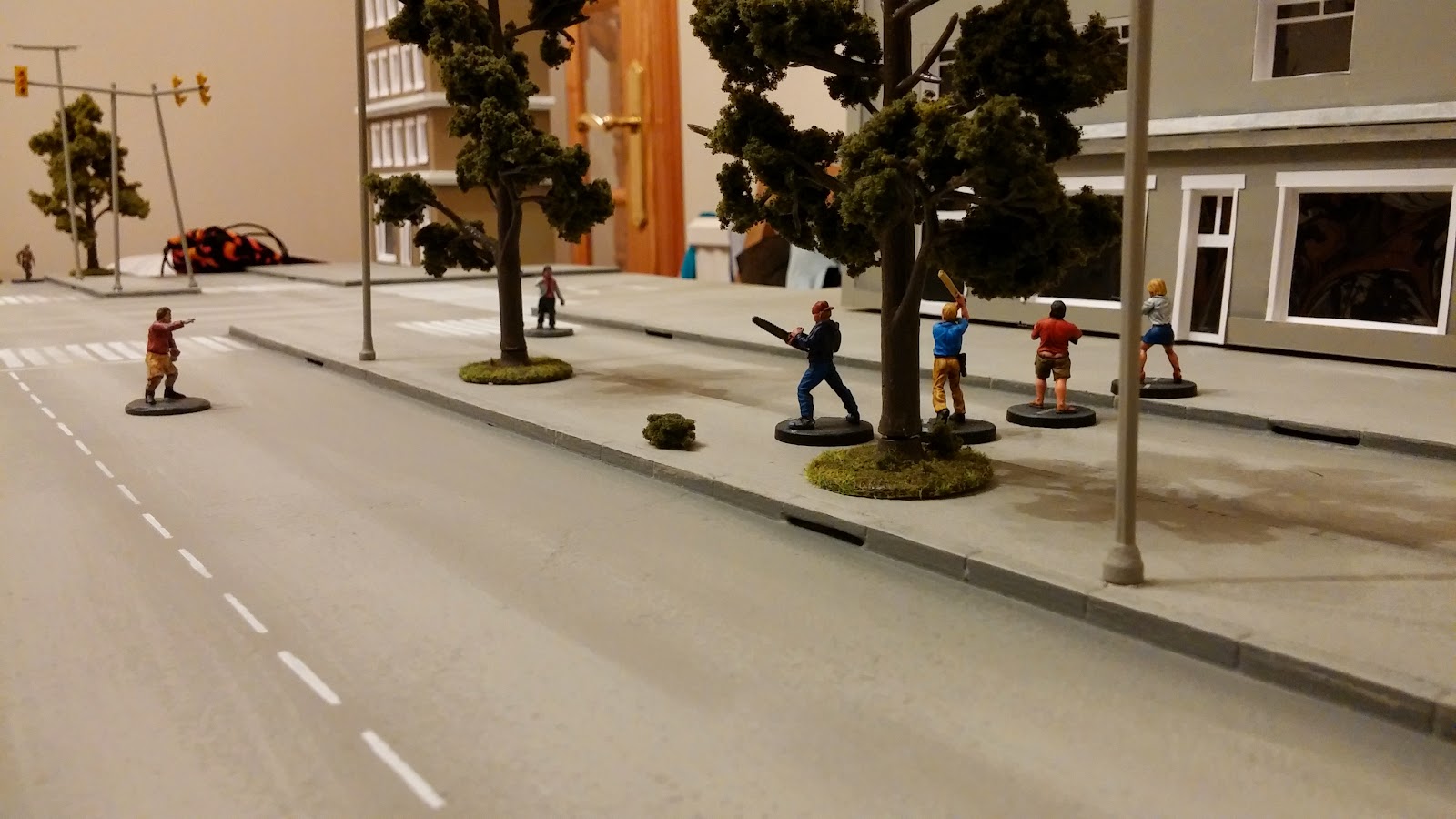 Here's a few snapshots to act as a little eye candy. 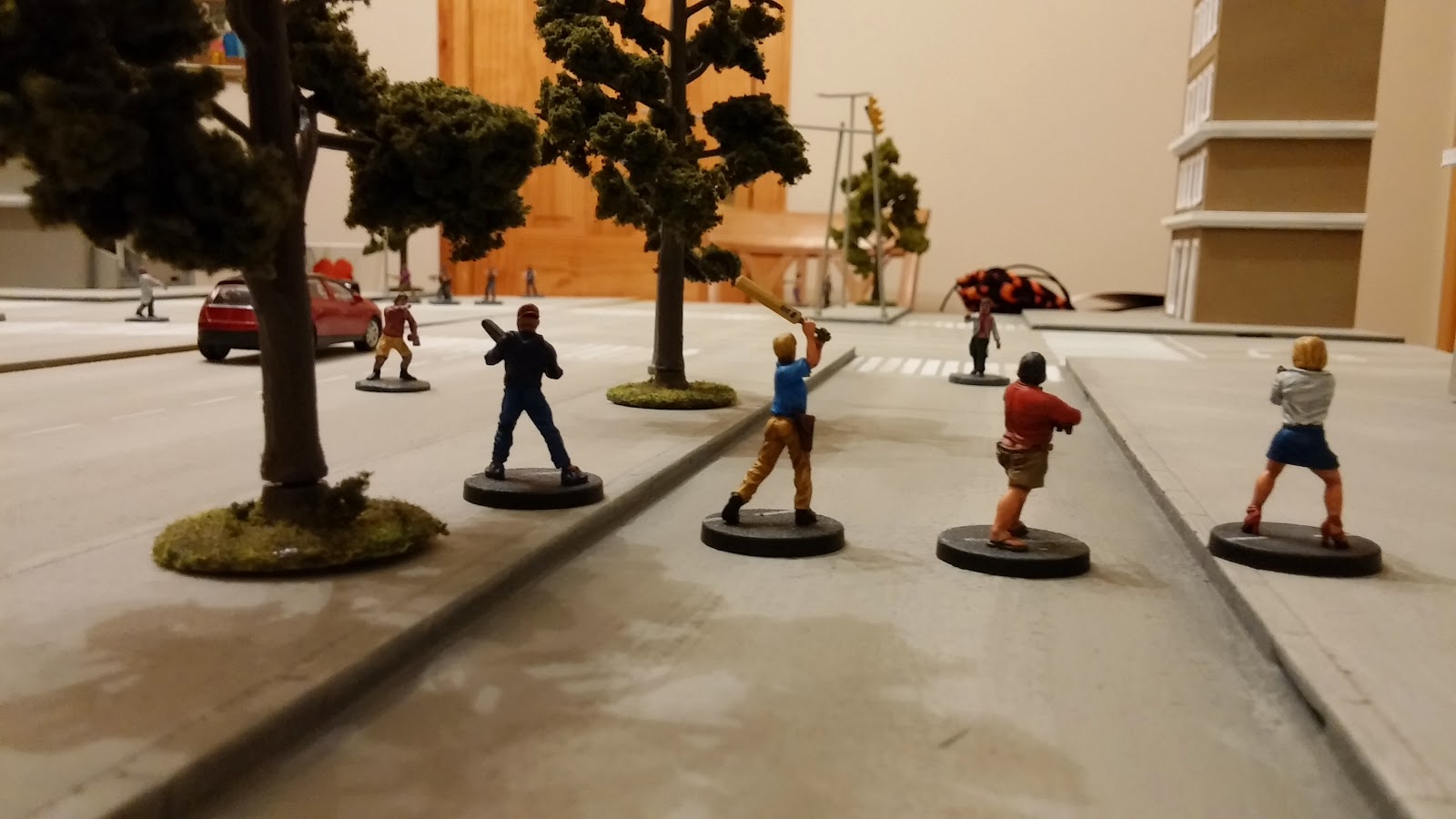 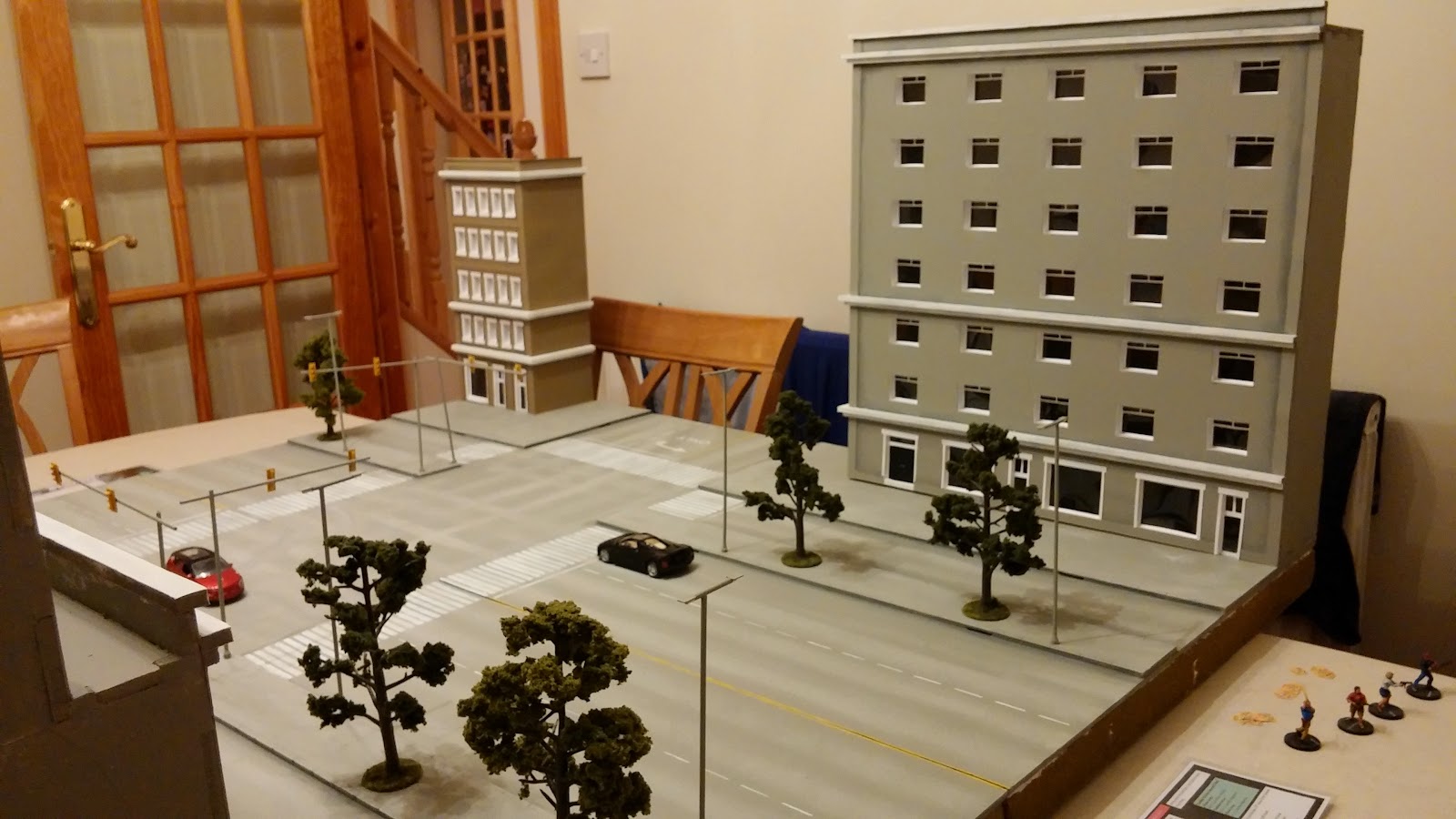 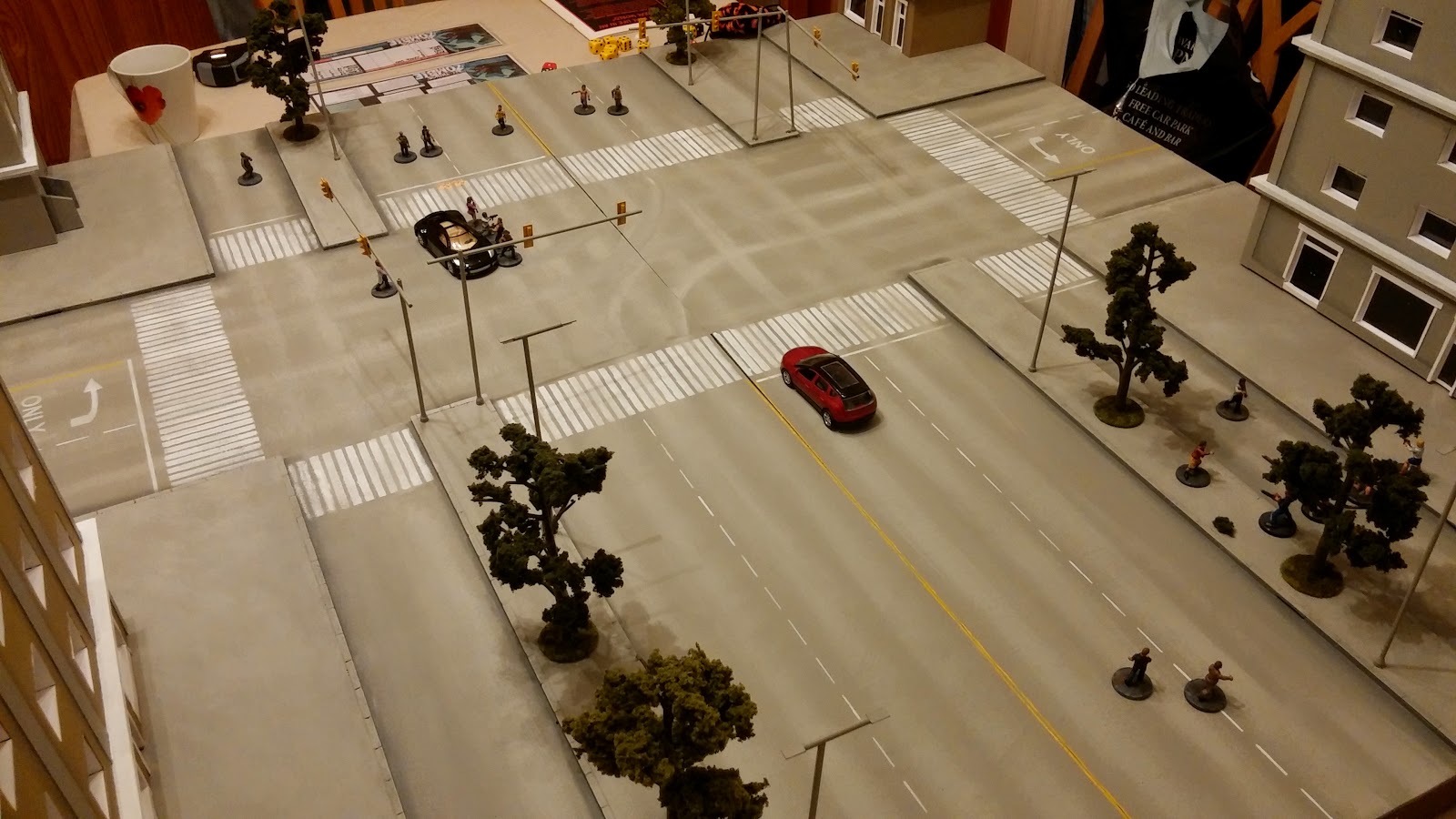 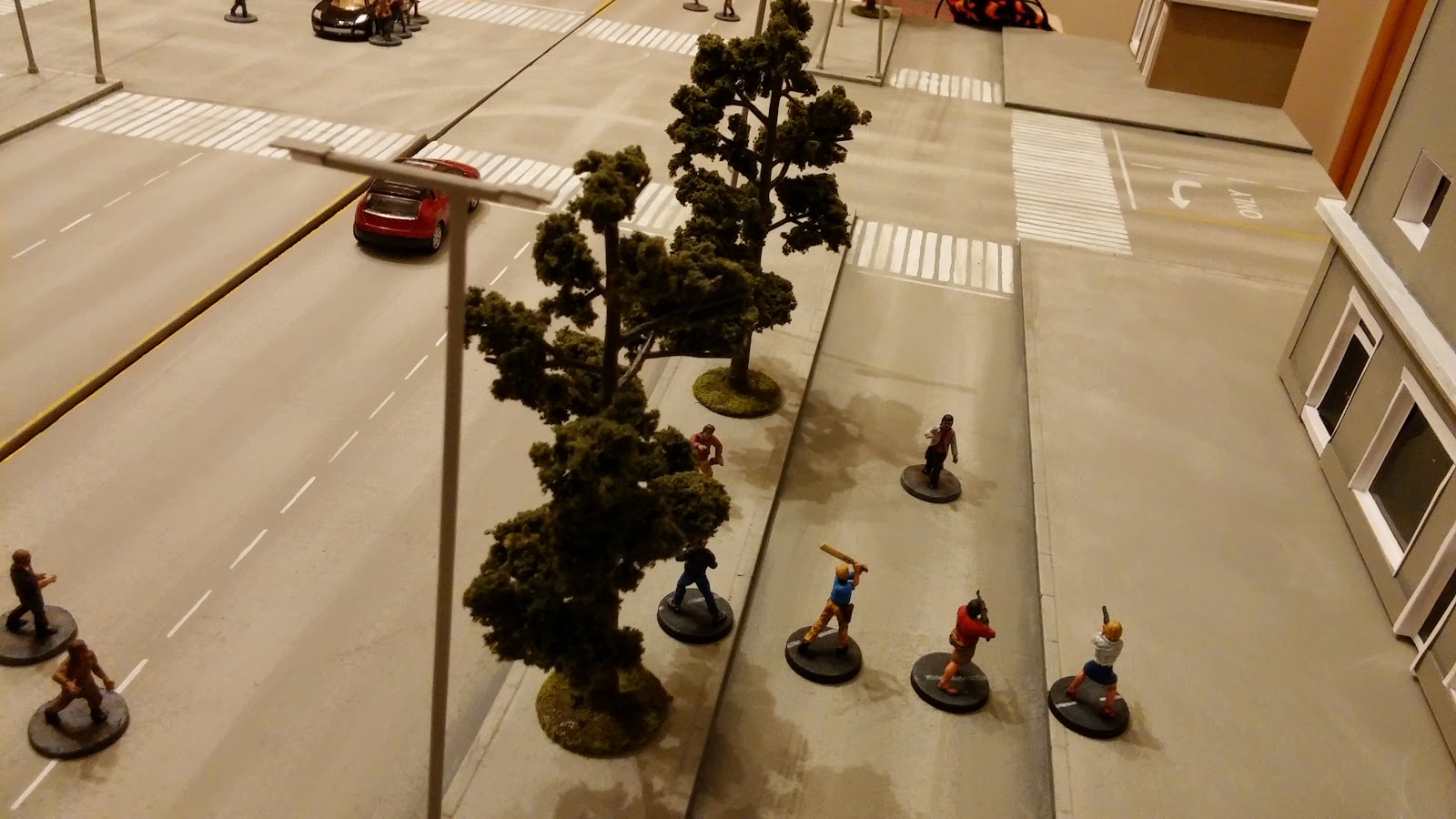 It's a big open area.  Very big.  And absolutely terrifying when the Zeds start appearing from all sides. 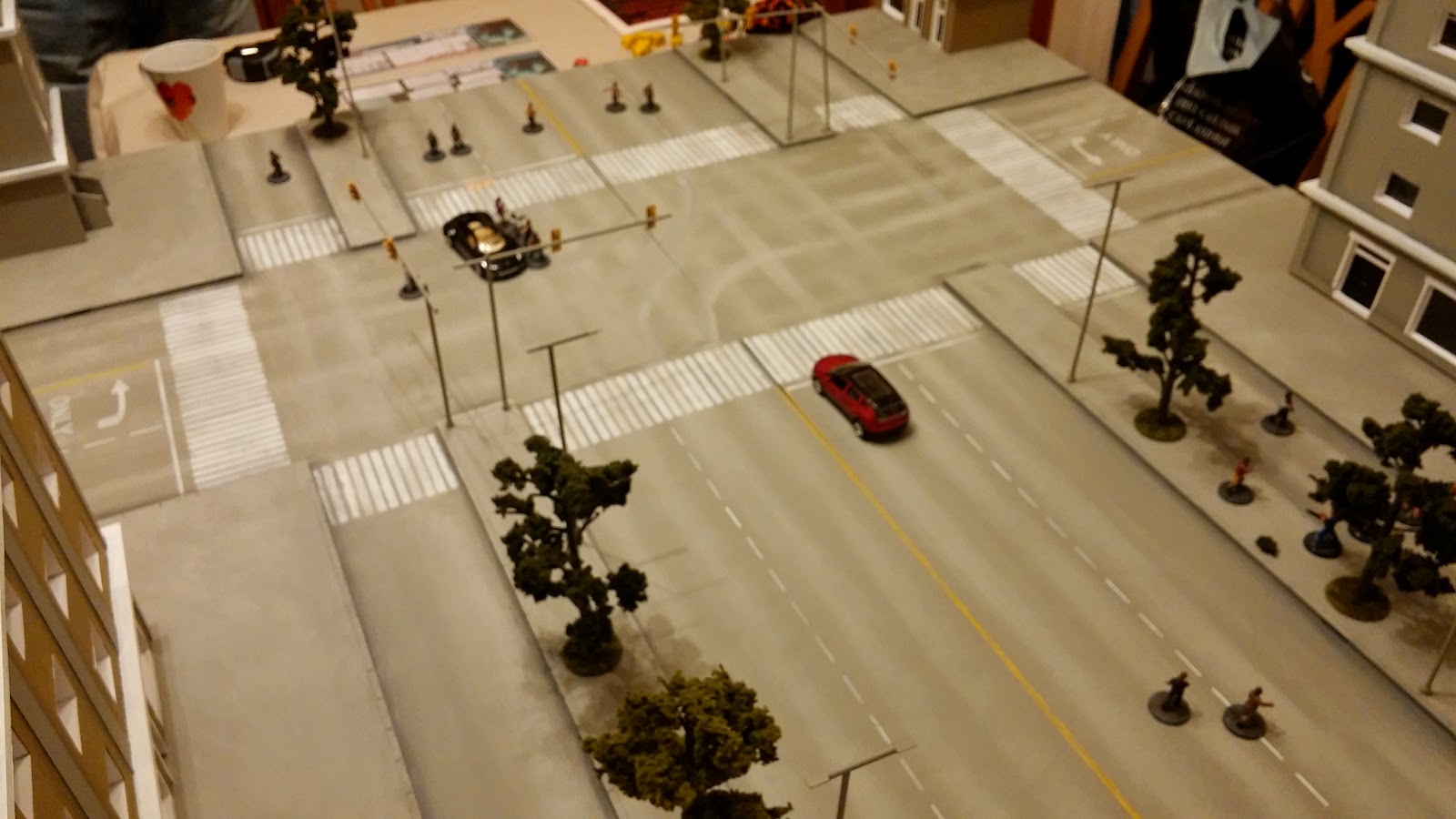 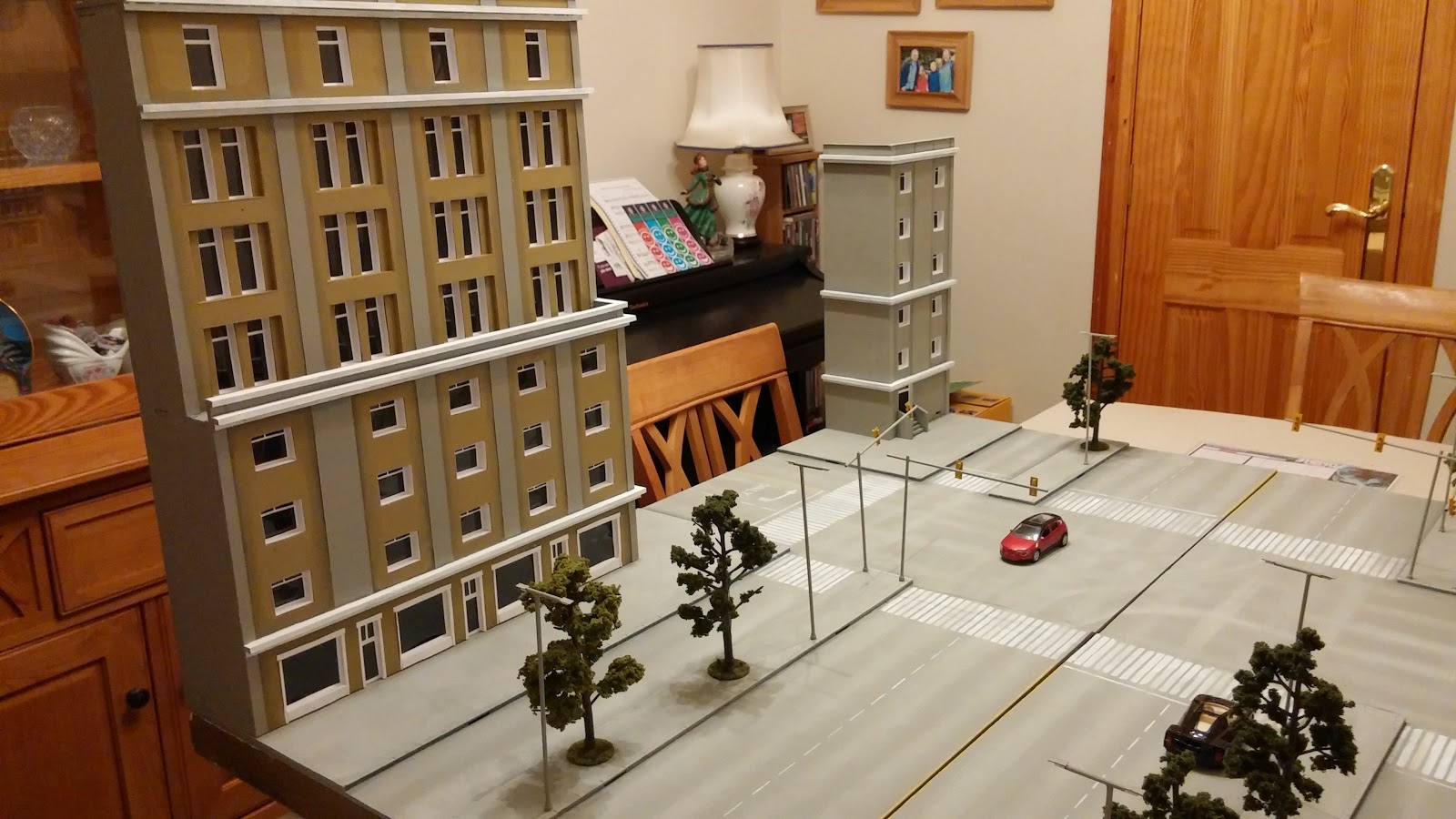 The vehicles are both 1:43 scale.  (We almost managed to avoid making vroom vroom noises as we pushed them around the roads)  I had ordered more online.  This was a BAD IDEA.  Innocent enough, you may think.  But no.  Although they were clearly labelled as 1:43 on the description and on the box itself, there's no way they were really anything like 1:43 scale. 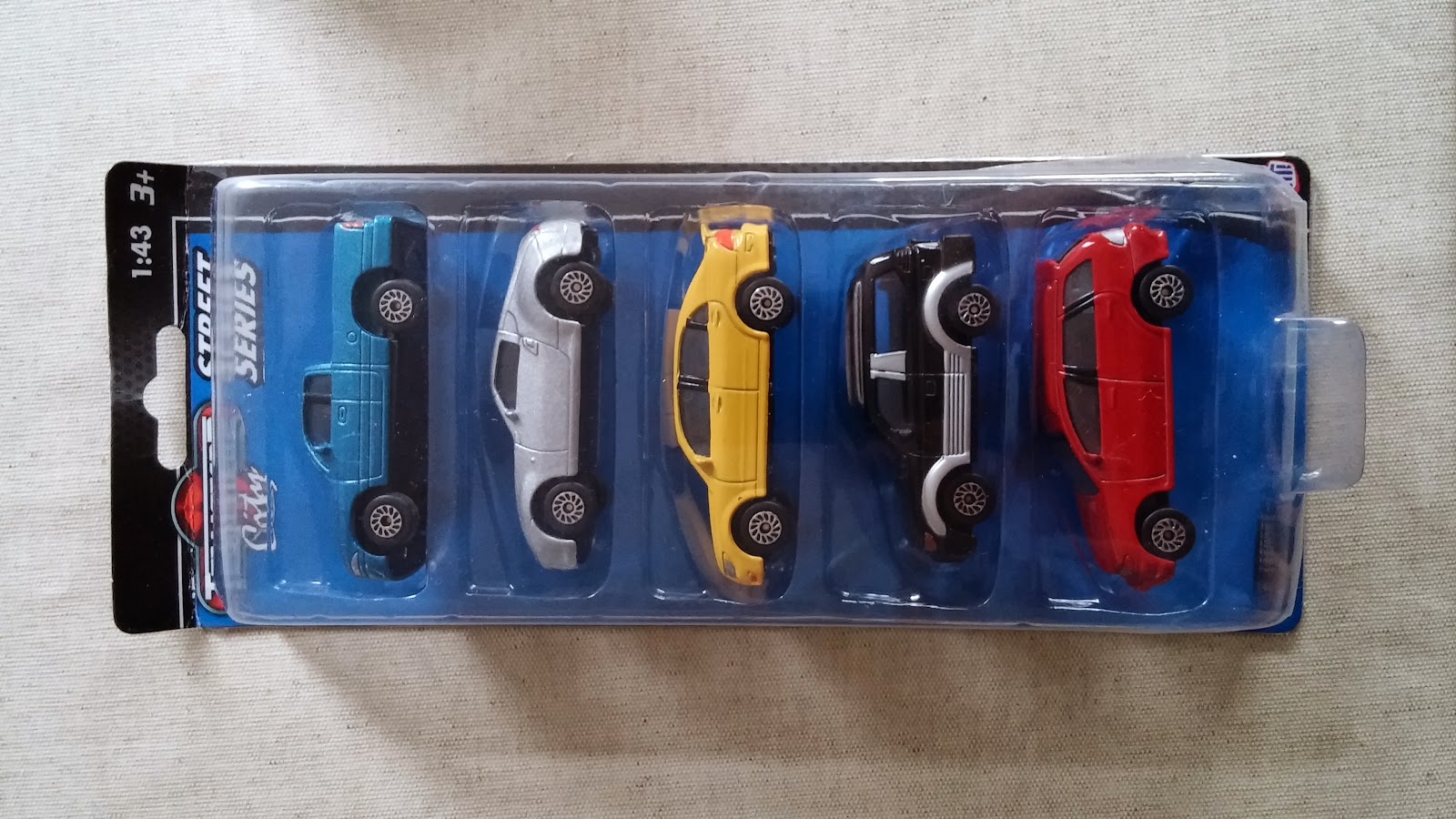 This is the box for one of the cars that actually made it onto the games table. 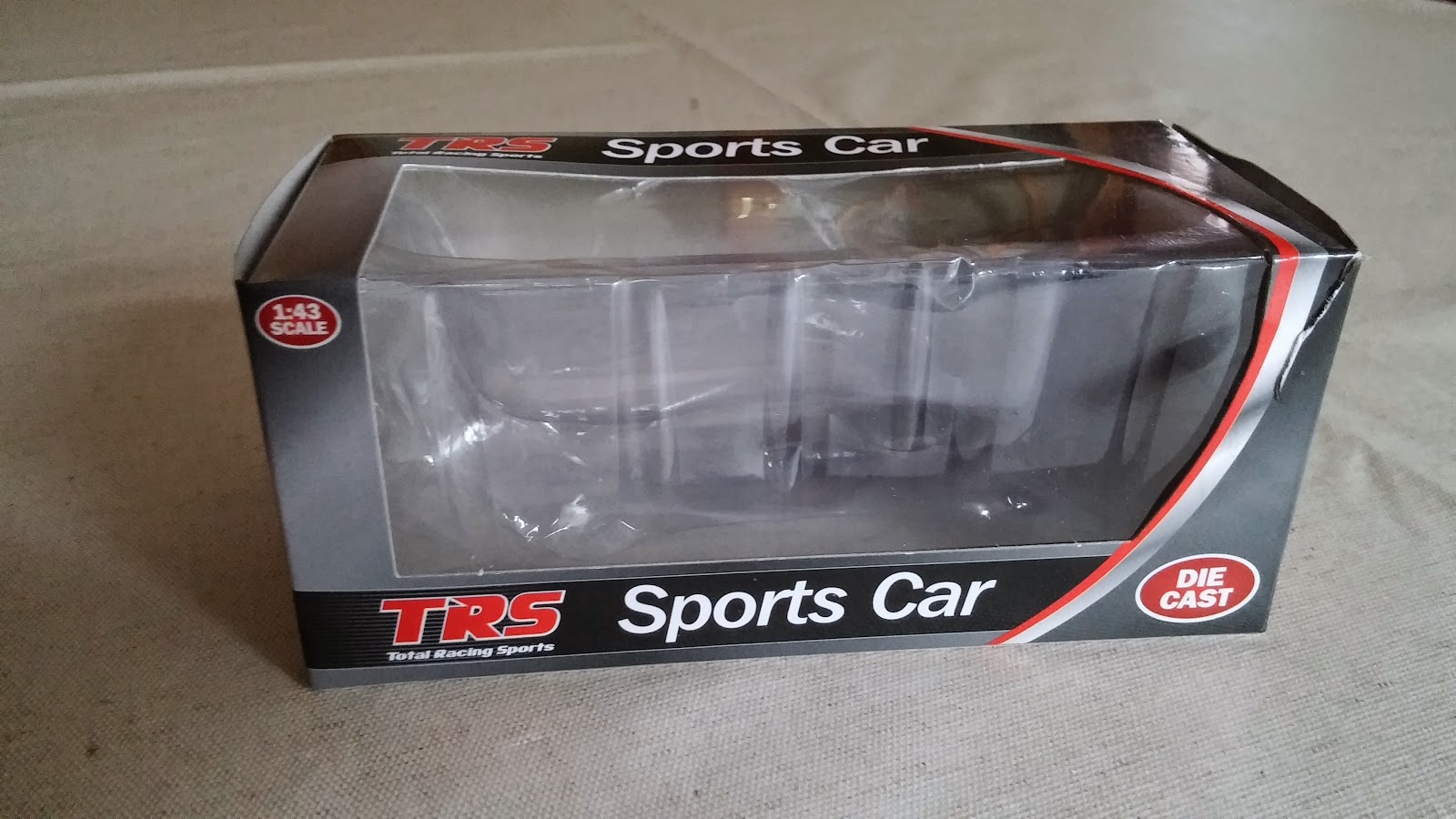 And here's what happens when we place the two cars used in the game next to the set of five. 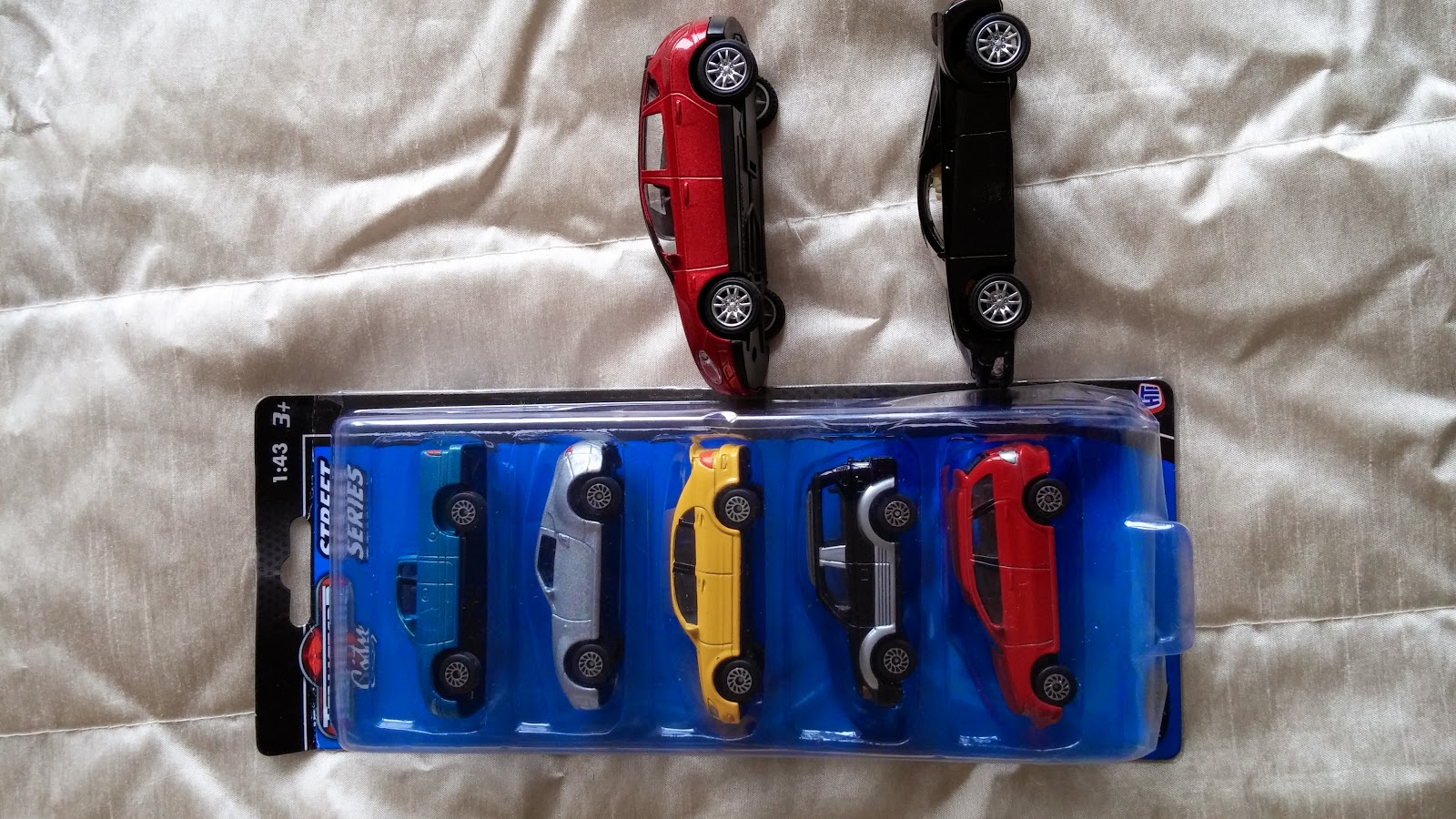 So the moral of this story is I won't be buying any more die cast cars off fleabay.  It's poundland all the way!!!!! 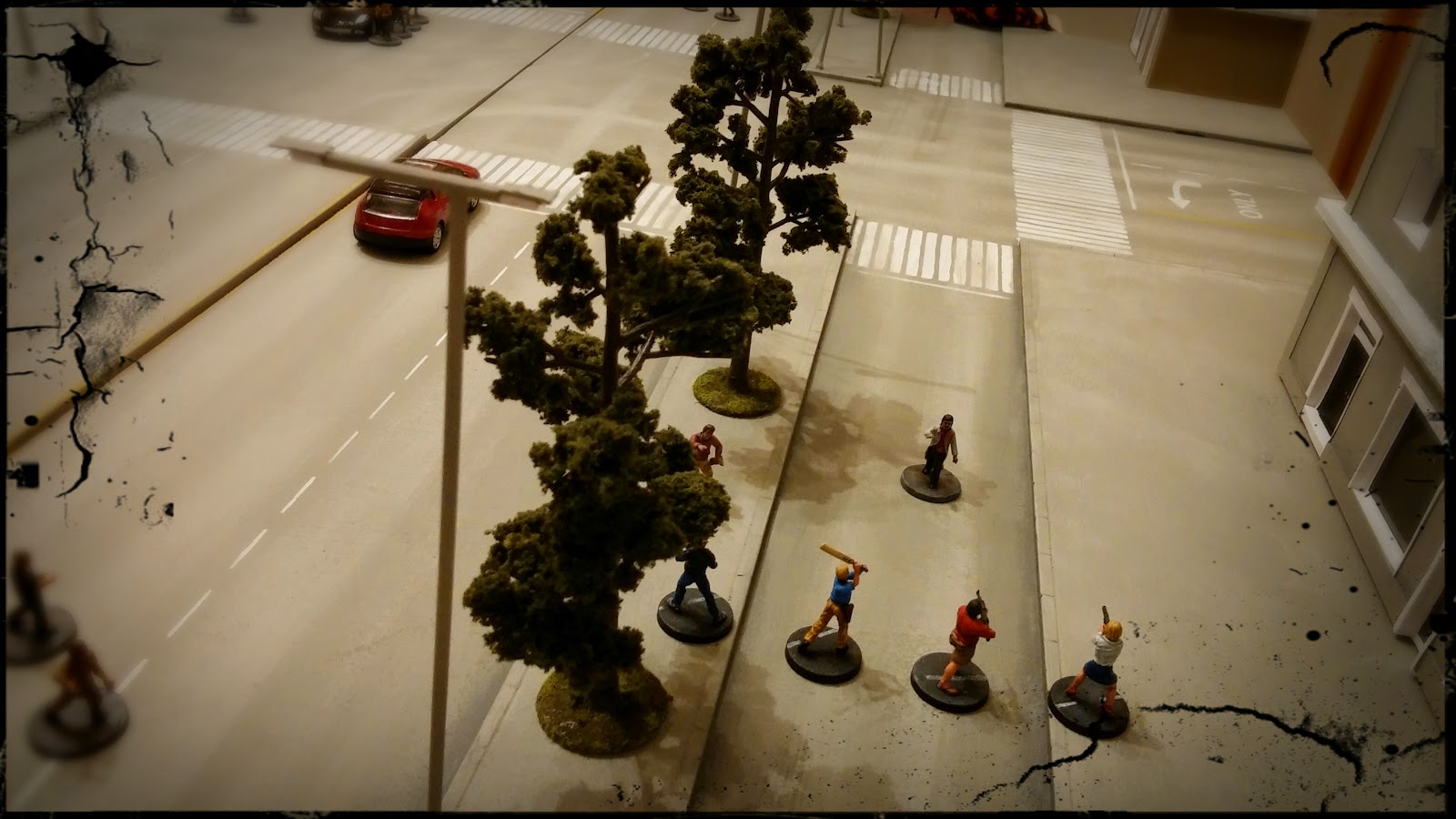 I hope to make some more scenery to add to the boards in the coming days, and will post some WIP's as I do so.  Until then, thanks for stopping by!
Labels: All Things Zombie Modern American City Wargaming Modern City Wargame Scenery Two Hour Wargames Zombie Apocalypse Wargaming