And to Think I Talked Myself out of Making a Castle!!!!

I always wanted to make a castle.  Maybe Fyvie.  Something to look extra special on my wargames table, surrounded by all those ECW figures I have but have yet to paint.  But no, I told myself.  Although you'd love the research to make an accurate model for the period, you'd never know where to put it because it'd be too big... 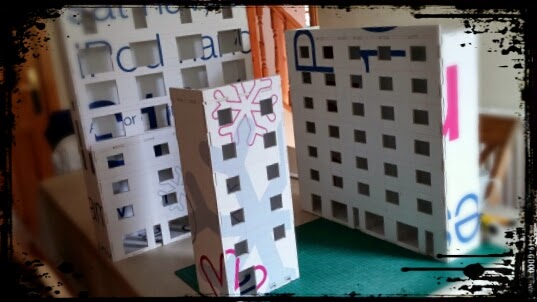 Well, I've really gone and blown that one out of the water with this modern city project for All Things Zombie!  In my bid to make it look like a city rather than a town, I've been busy scribing the layouts onto giant pieces of foamcore.  Oh, I'll add another floor to this one.  Why not?  And it's not until you reach the point of dry fitting everything together that you realise how big you've gone and made everything.

It's all a point of scale, though, isn't it?  I mean, my models are 28mm.  You know, the old 25mm.  Which approximates to 1/56 scale.  Unless you wargame WWII where there's a debate between whether you vehicles should be 1/56 sclae or 1/48.  Because both aren't cheap, the scale debate has produced an unwillingness in me to take the plunge.  One of the reasons my Bolt Action forces aren't complete.  And when it comes to vehicles in modern cities, it appears that 1/43 is the scale that looks right.  Makes you wonder...

And when you're making buildings this size at 28mm scale, you really need to sort out your joints to make sure the structure is rigid.  This was a much easier process with my Wild West buildings, because they were a lot smaller and you could see what needed to fit where.  Not so with this lot.  I found myself having to cut out the pieces and then work out the joints with the pieces laid side by side.  I simply couldn't get my head round it any other way.  Honestly, it felt more like joinery than hobby.

But the slow progress has been worthwhile.  Here's the smaller width building with all the joints visible. 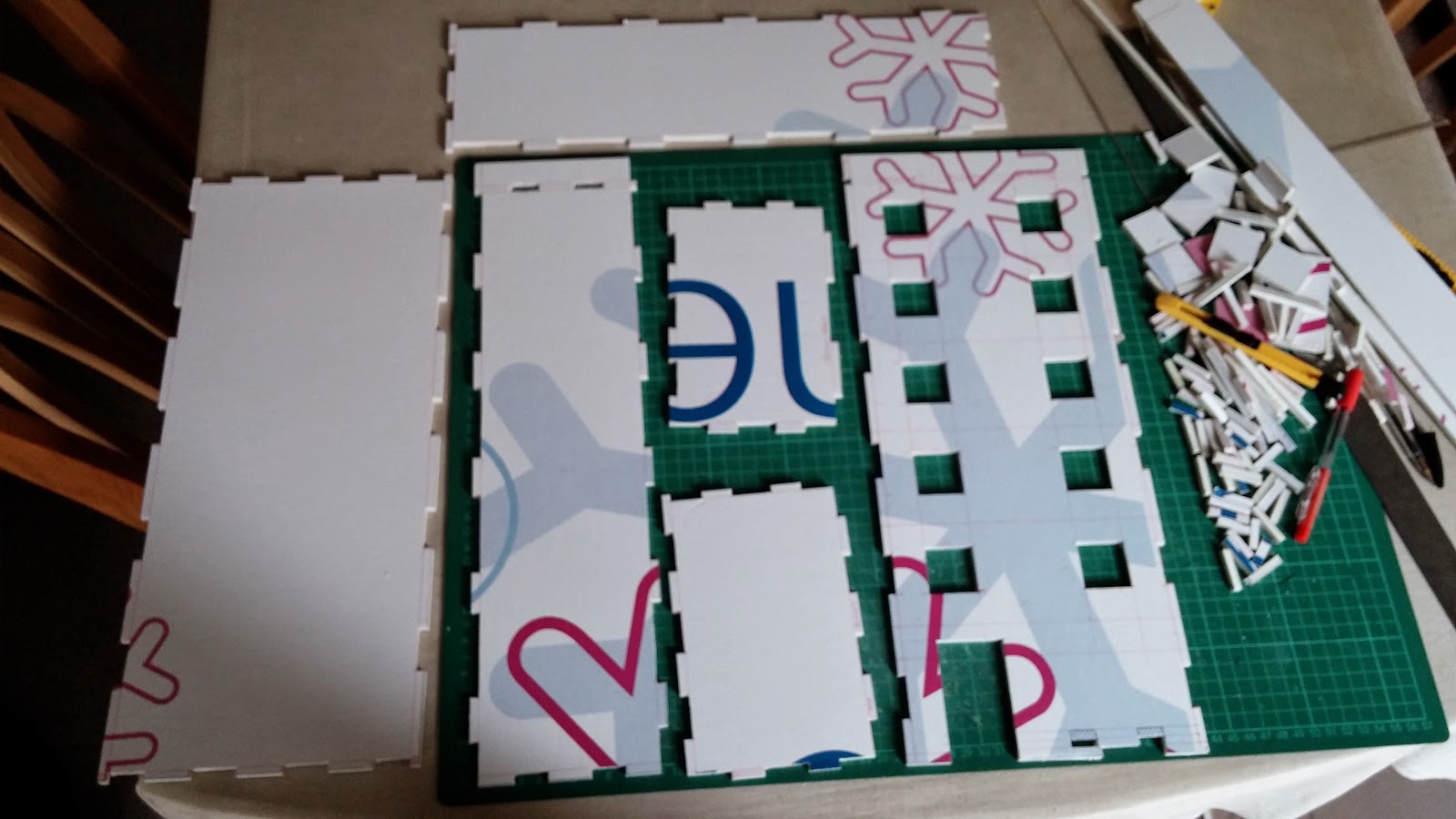 And here's what it looks like when it's been dry fitted together to make sure I've done everything properly. 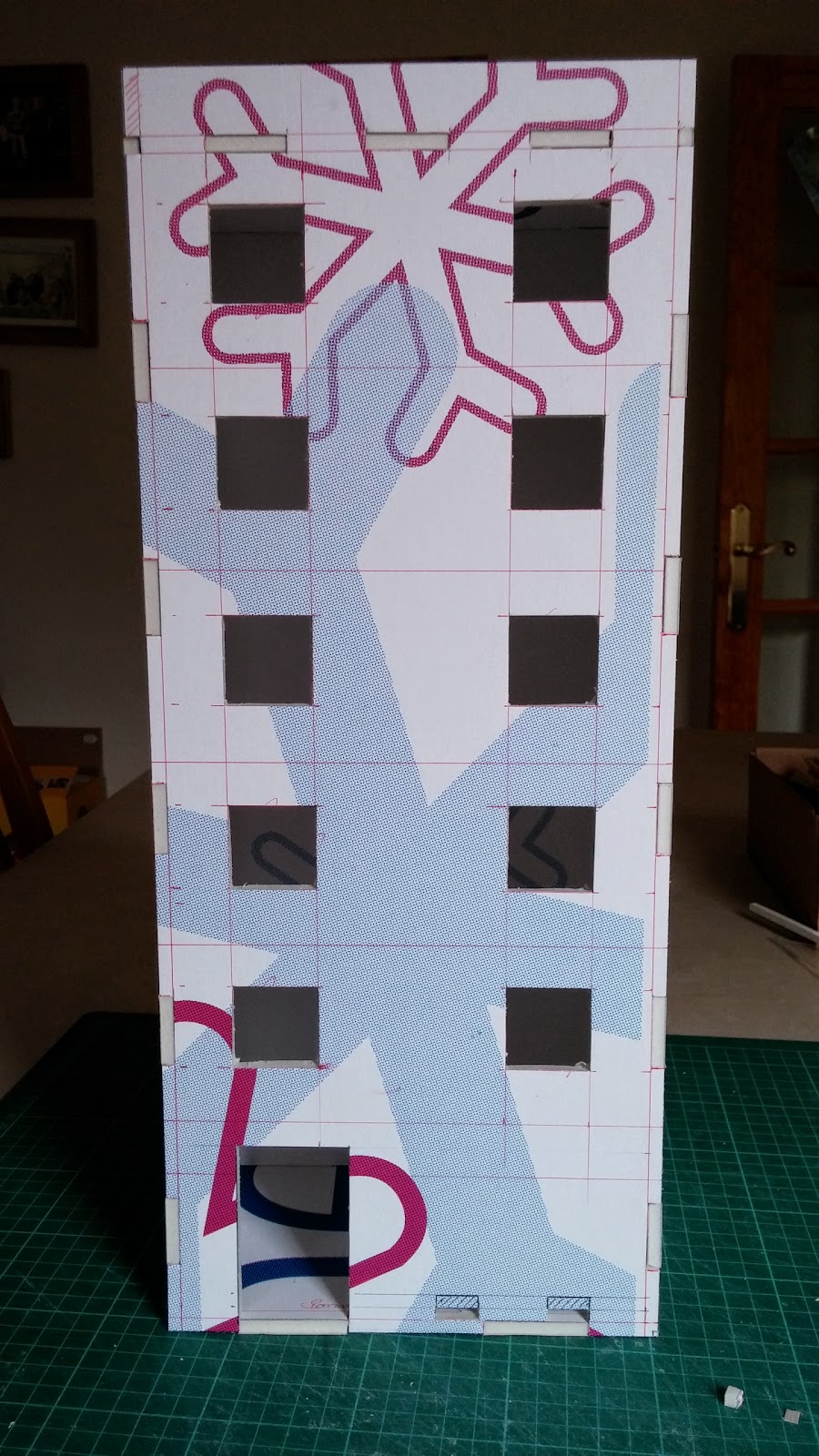 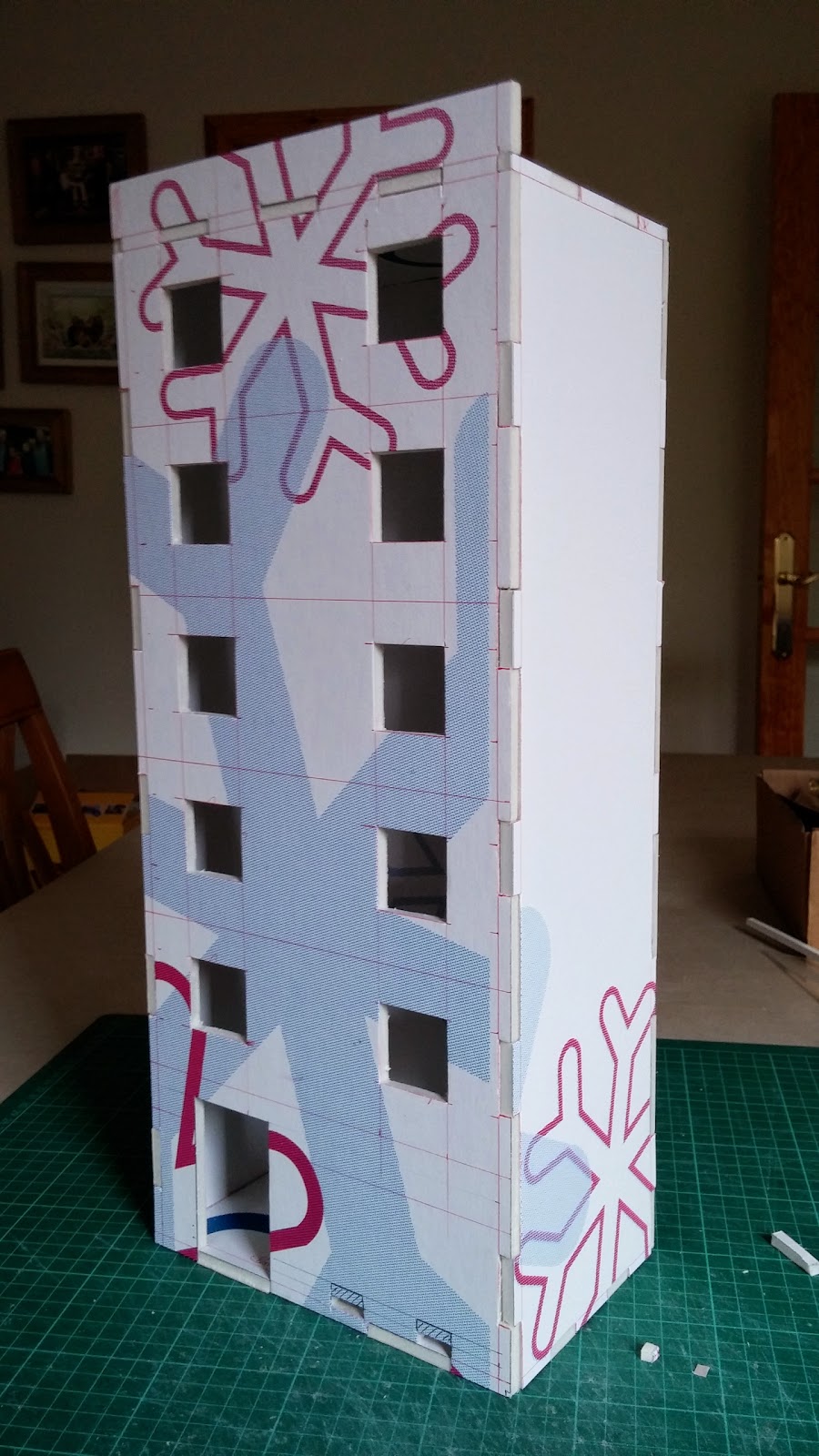 That one was a doddle.  You can imagine the headache this next one caused me.  I decided to take photos of the assembly to let you see how I chose to construct it.  First up, the back of the model with the mid-section in place. 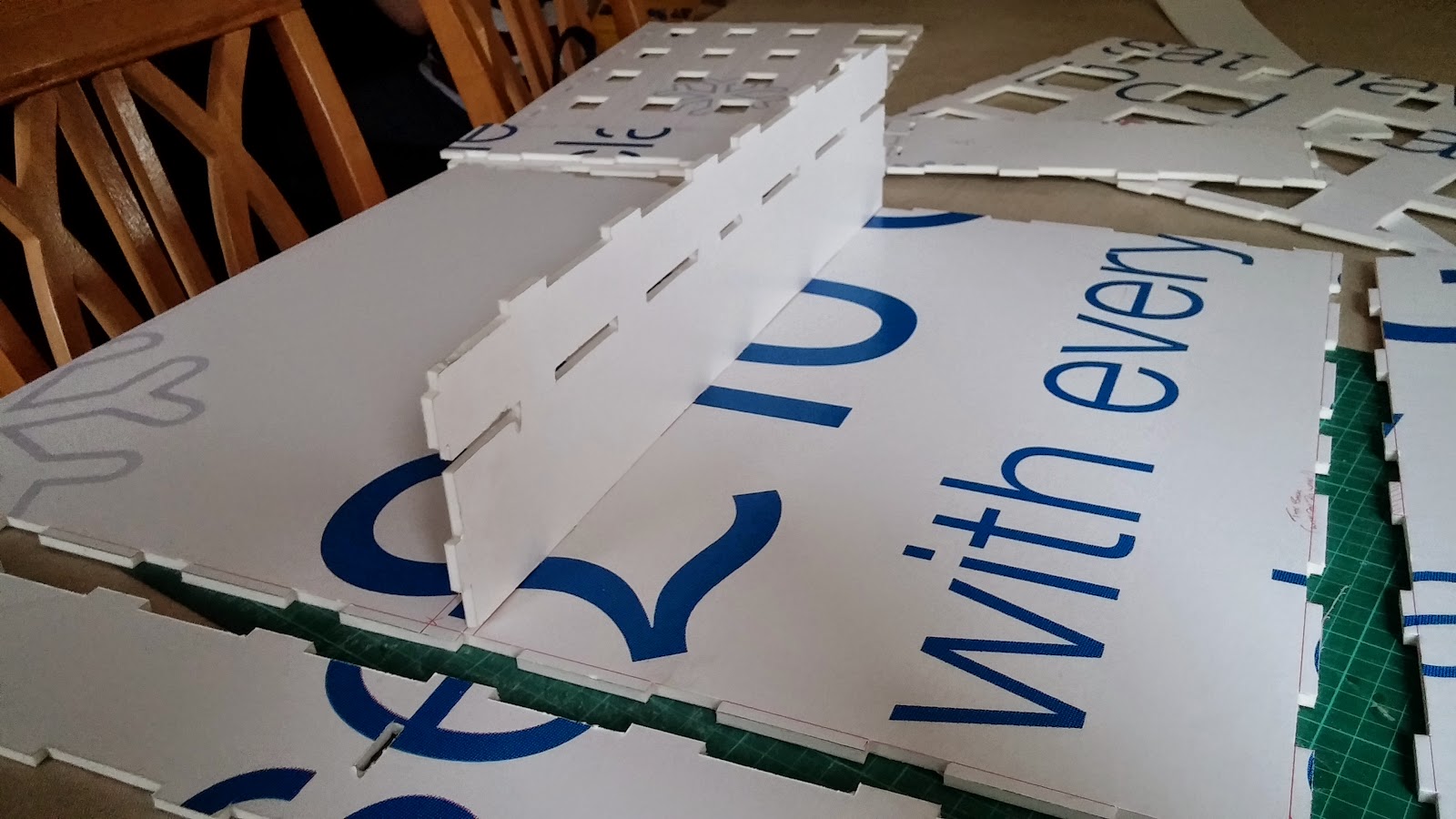 Then the base is added. 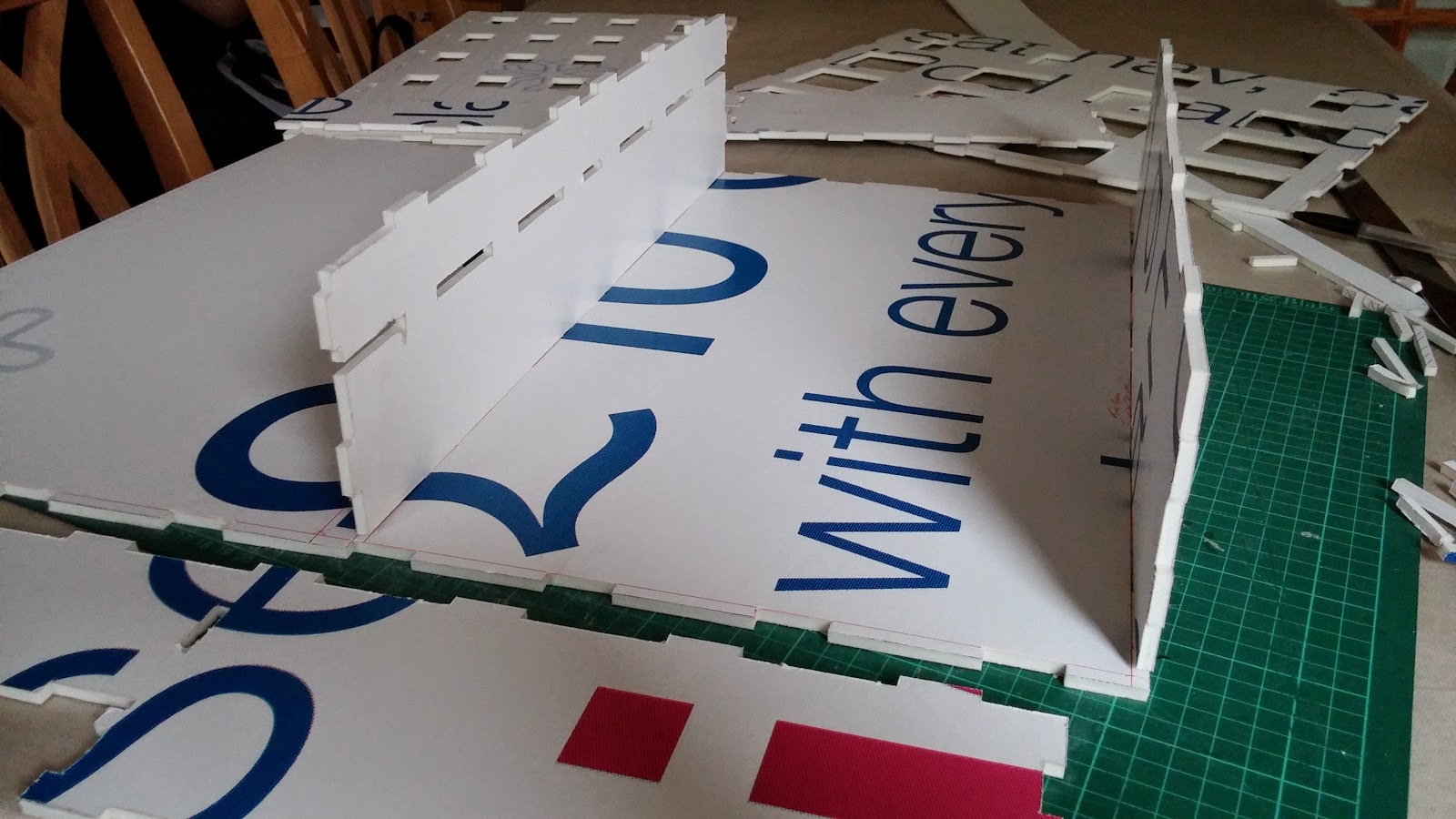 Next I add one of the sides. 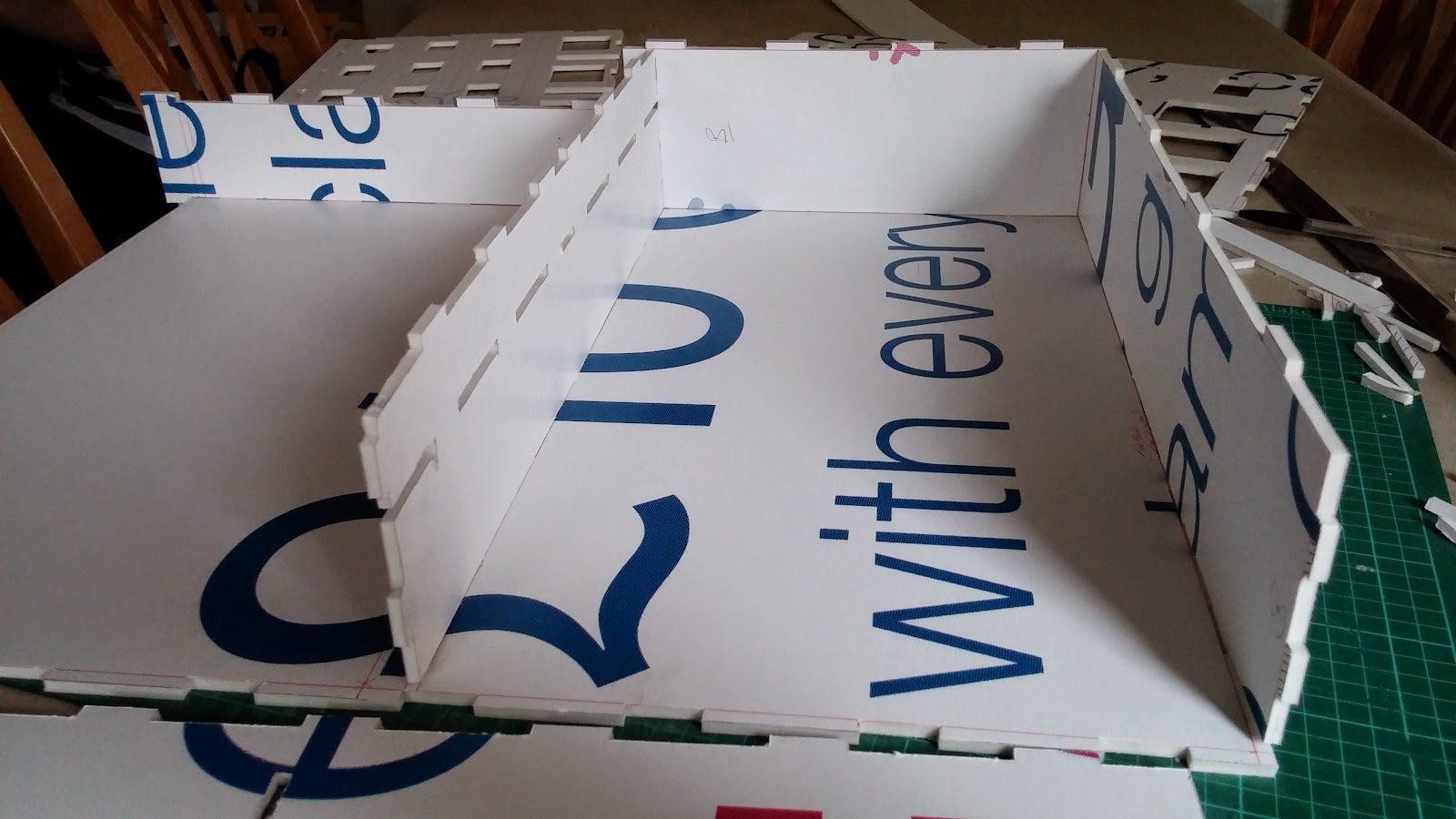 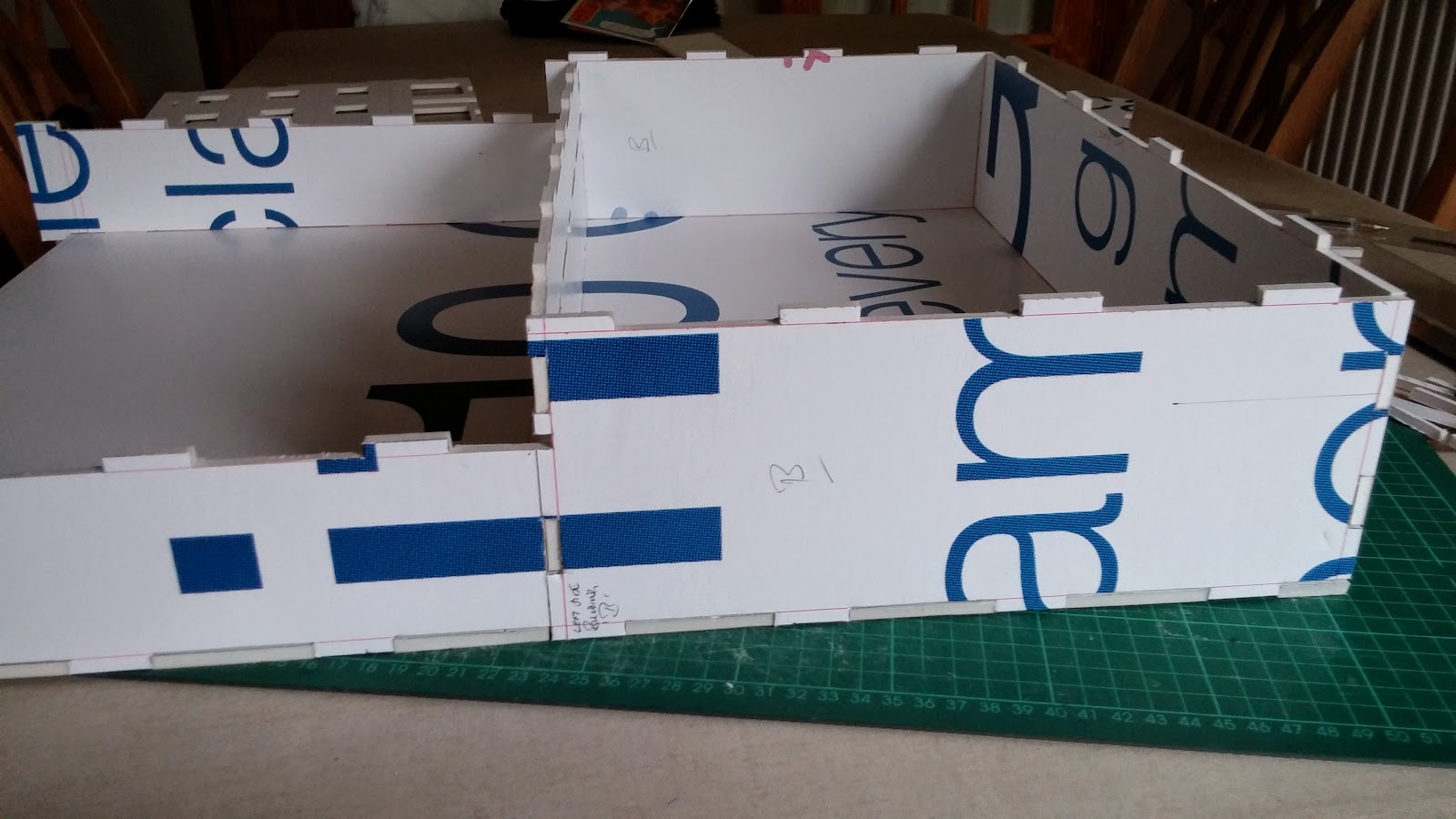 Next I add the top section. 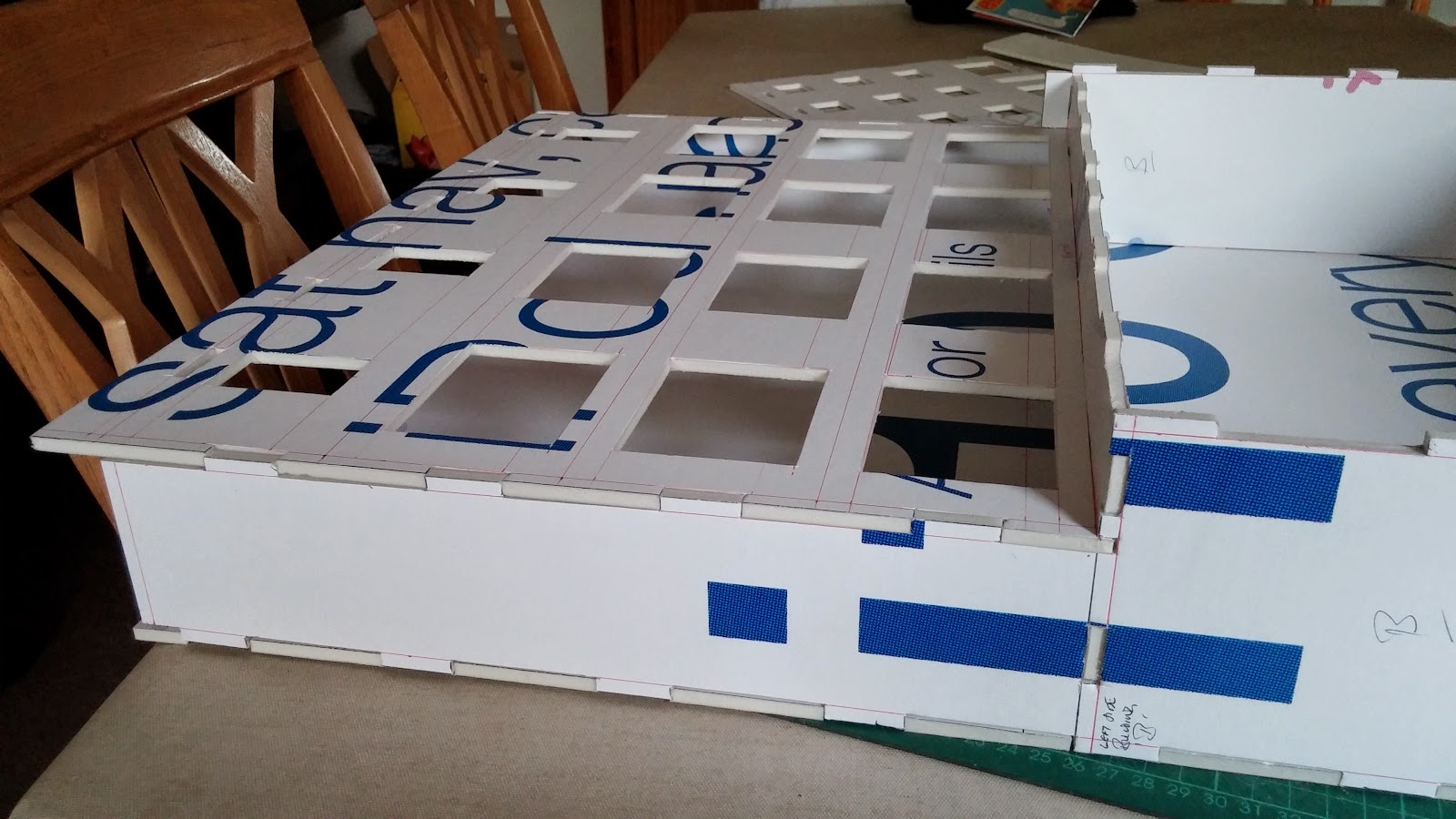 Now the front piece goes in. 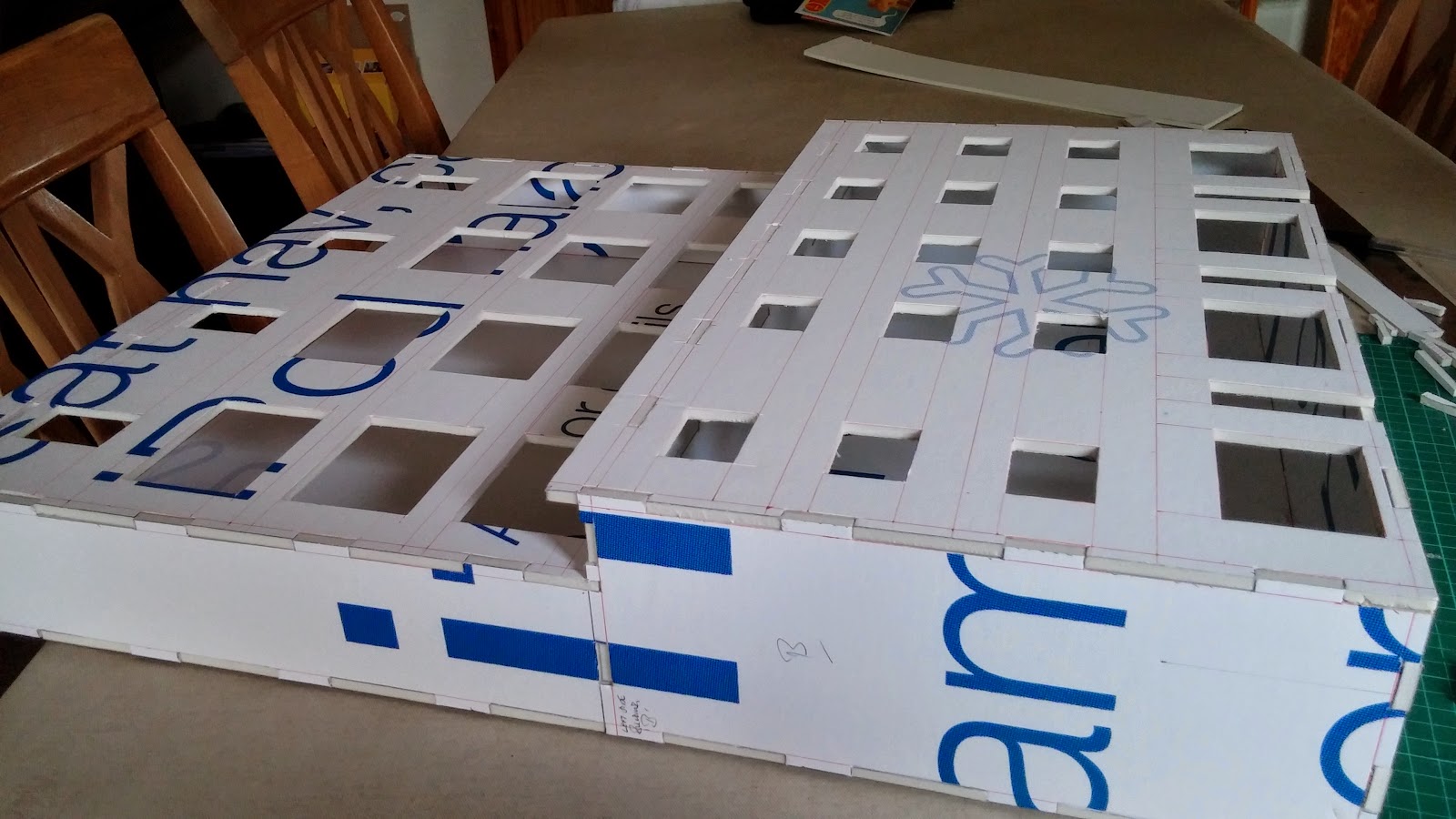 And finally, with a bit of effort, the roof is attached.  The relief at this point was palpable! 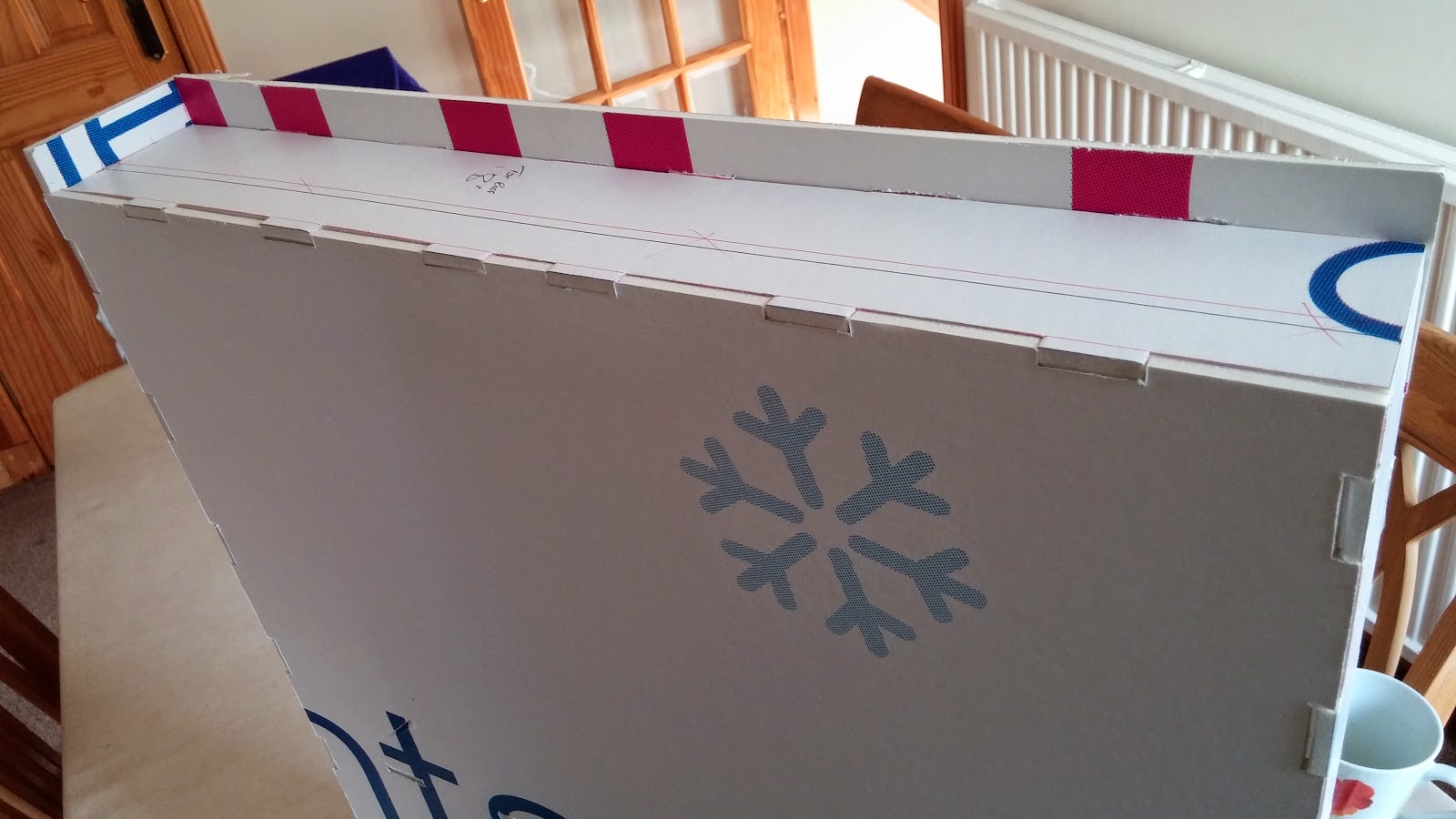 And when the three remaining buildings were stood together, the literal enormity of the project suddenly became apparent! 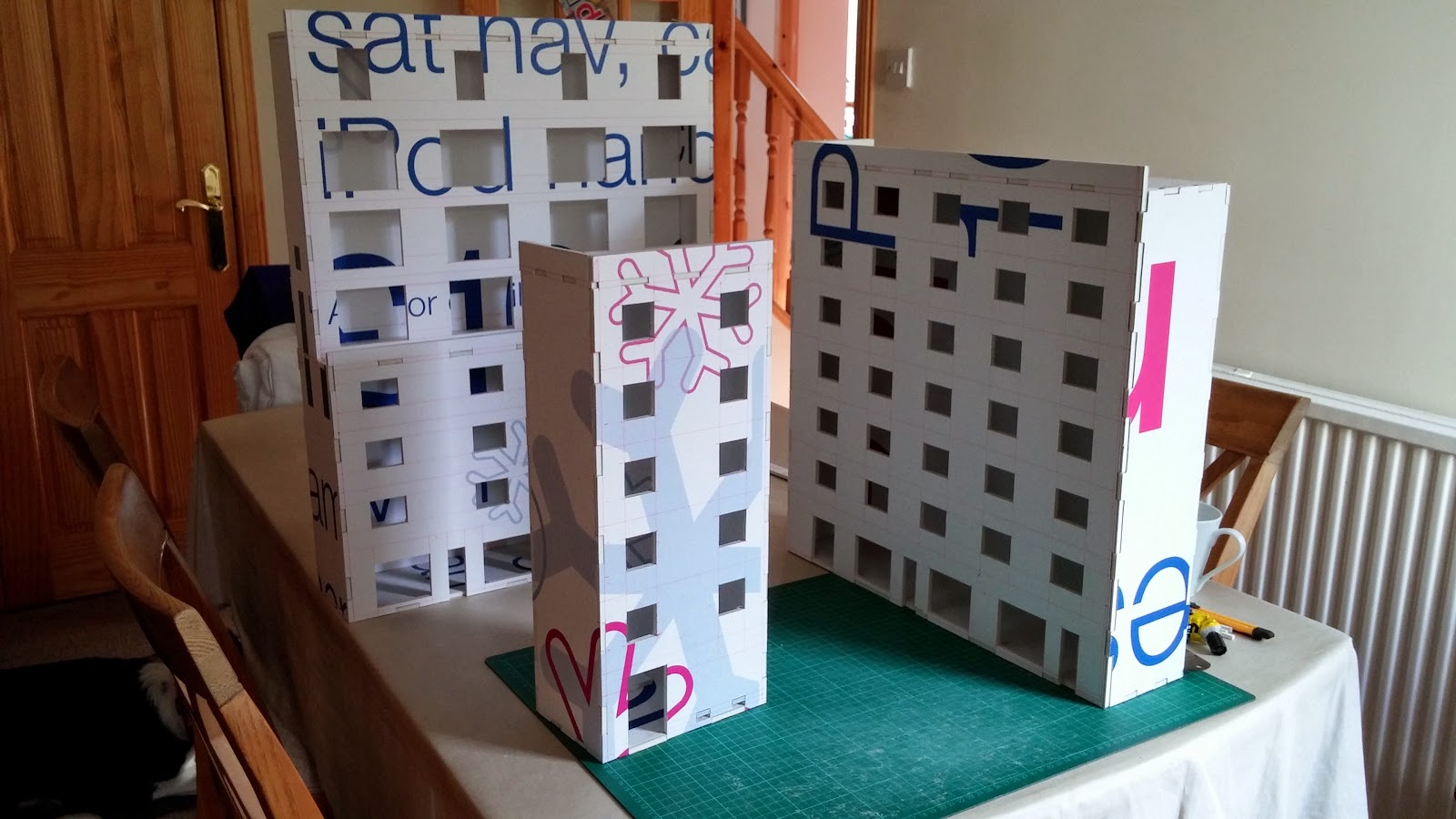 Of course, there was no time to waste.  The recessed windows on the top floors of my largest building needed making.  This is the area I'm talking about. 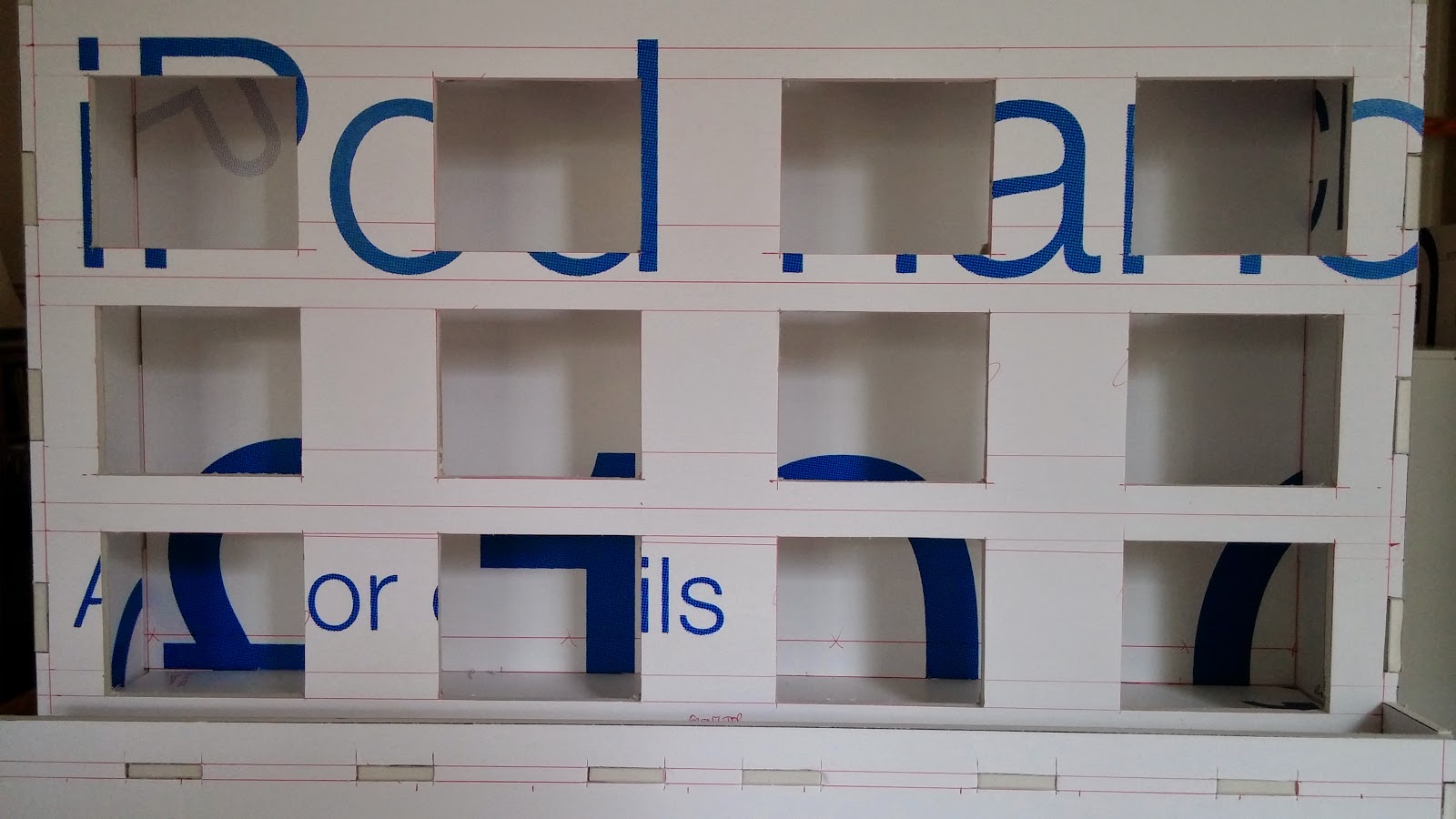 And here is my solution drafted on an offcut of foamcore.  You can see my love of two colours for this.  Black biro for the outlines, red biro for the internal lines.  Of course, if you blow up the photo you'll see there are some black lines from my previous use of the sheet of foamcore.  A little distracting, I'll grant you.  But it couldn't be helped. 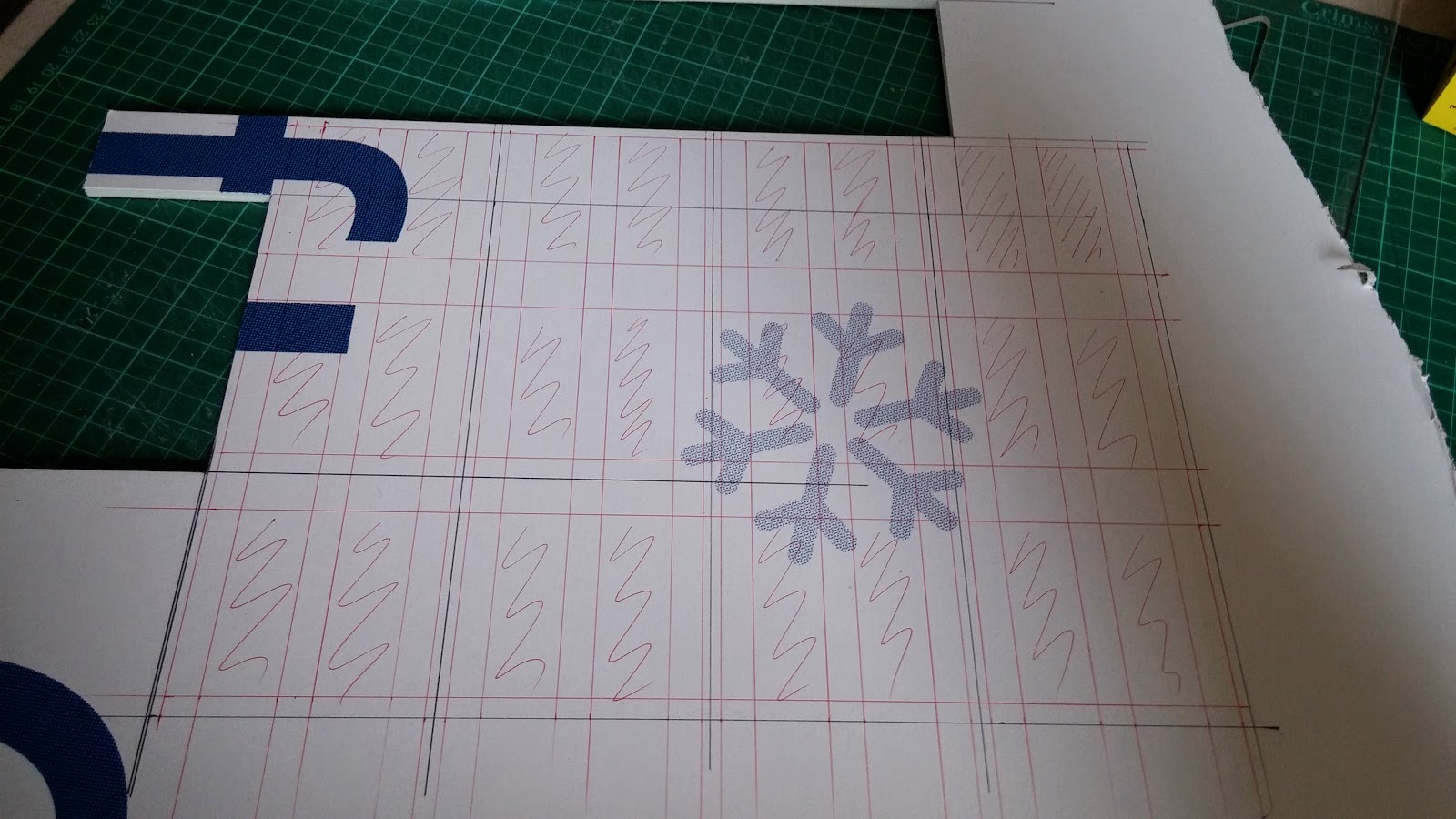 Once they are cut out, they look like this: 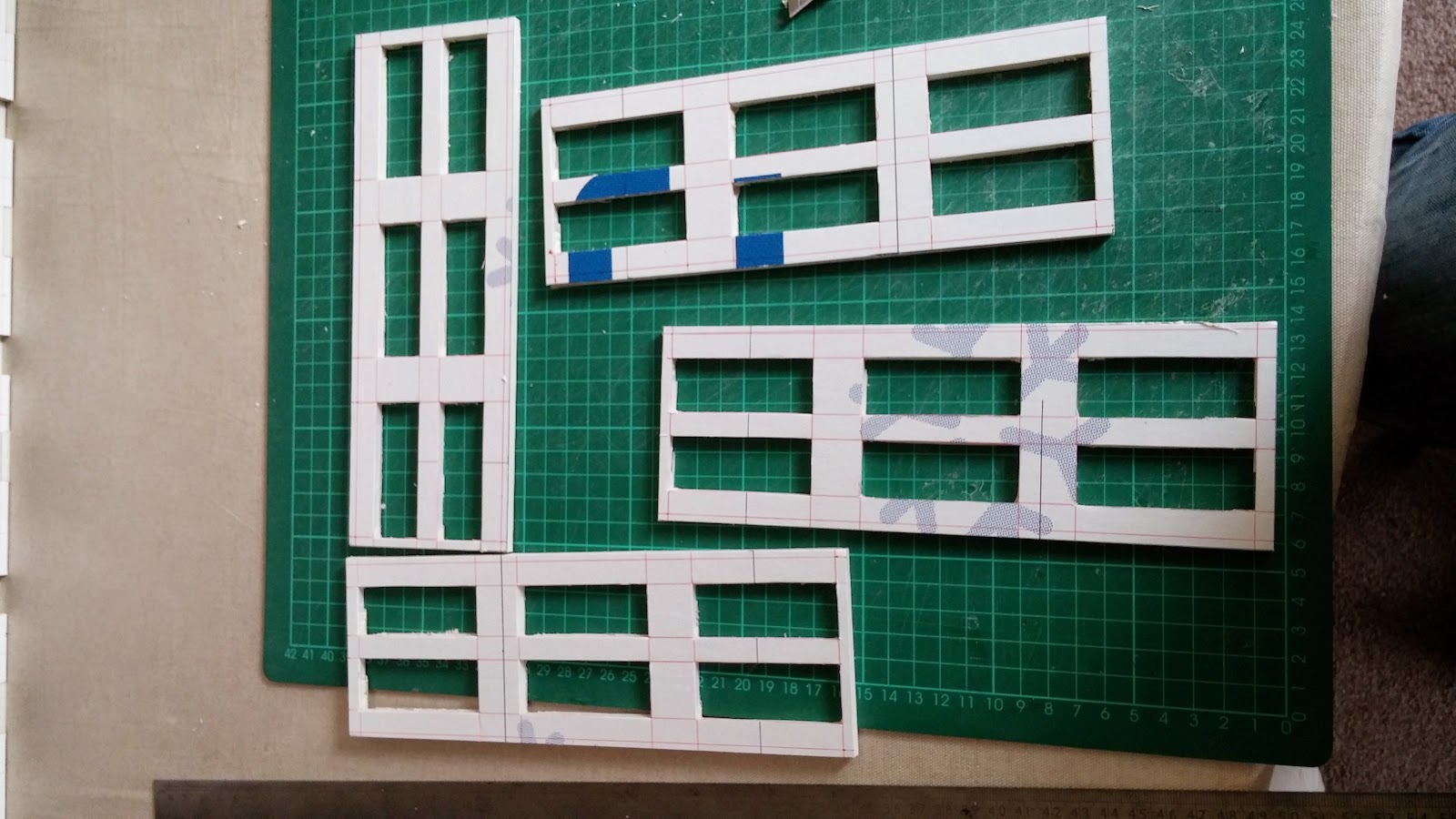 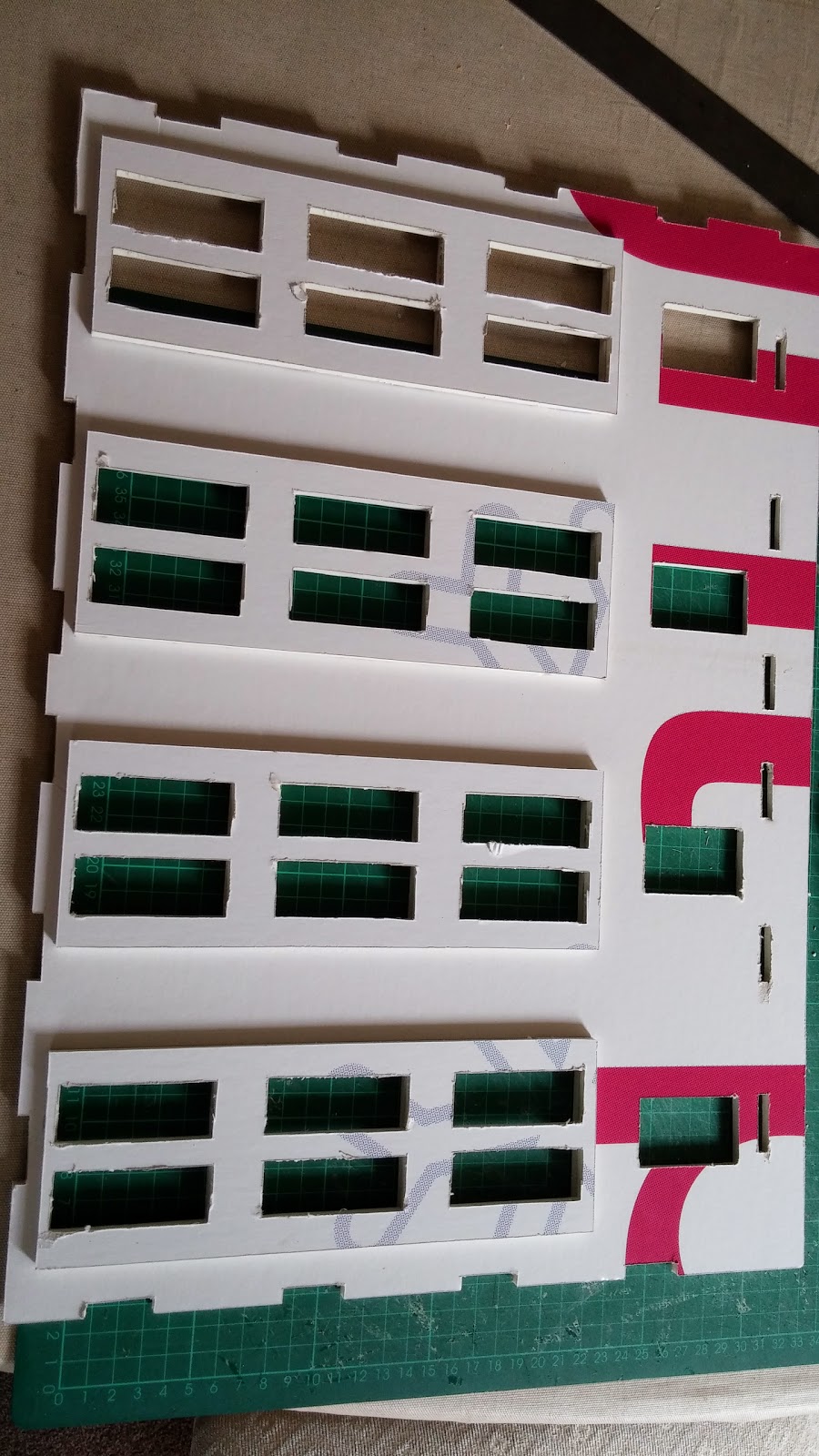 Here's the section when viewed from the front: 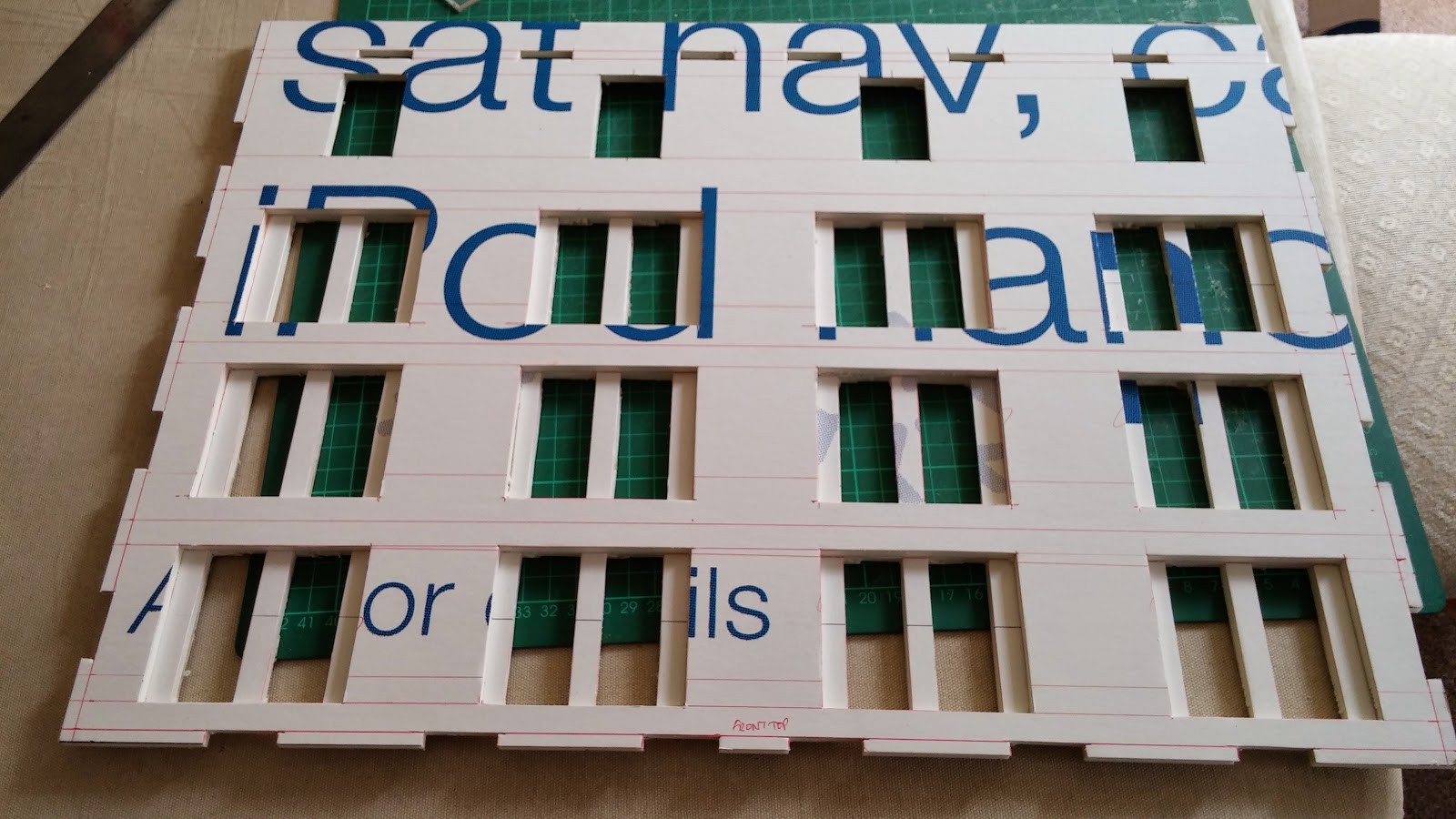 And when the piece is put back in position: 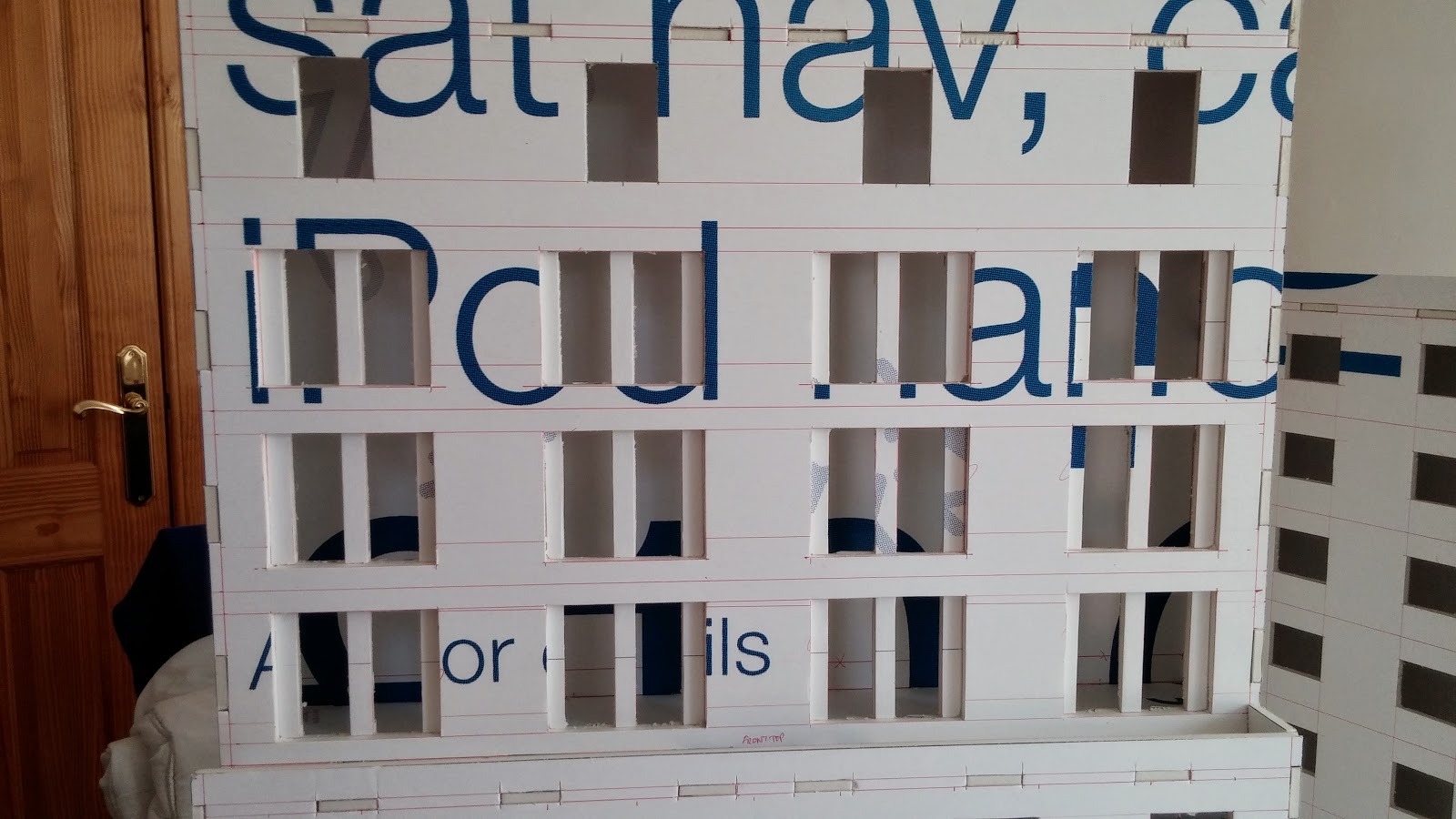 More windows I'll grant, but the extra depth helps keep the eye busy on what are essentially overly big rectangles.