...Can sometimes take a battering!

You'll  probably remember that I decided to use the reverse sides of four of my 2'x2' polystyrene boards to act as bases for my modern city boards for All Things Zombie.  However, upon closer inspection, I realised that they have taken more of a battering than I had initially thought. Whilst I was looking forward to using the marks in the surface to act as a guide for wear and tear of the tarmac, I hadn't fully appreciated that I would have some serious gaps where the corners would meet in the centre of the boards.

It hardly seems right to go to all the trouble of making the boards anyway simply hoping no one notices.  To be honest, they'd have to be blind not to see the gaps. And even if they were too kind and British and stiff-upper-lipped to say something, I'd know.  And that fact alone was enough for me to give myself some more work.

So I decided to spend some time cutting out four 2'x2' square sections of foamcore, which will sit on top of the polystyrene boards.  I need to do this because foamcore isn't exactly rigid at this size, and it is even less likely to be so when you remove the card from one side as I have done.  And thanks to Emmanuel, I'm proud to say this was an easy task!  I even took a photo half way through this procedure because I couldn't believe how easy it was over such a large area! 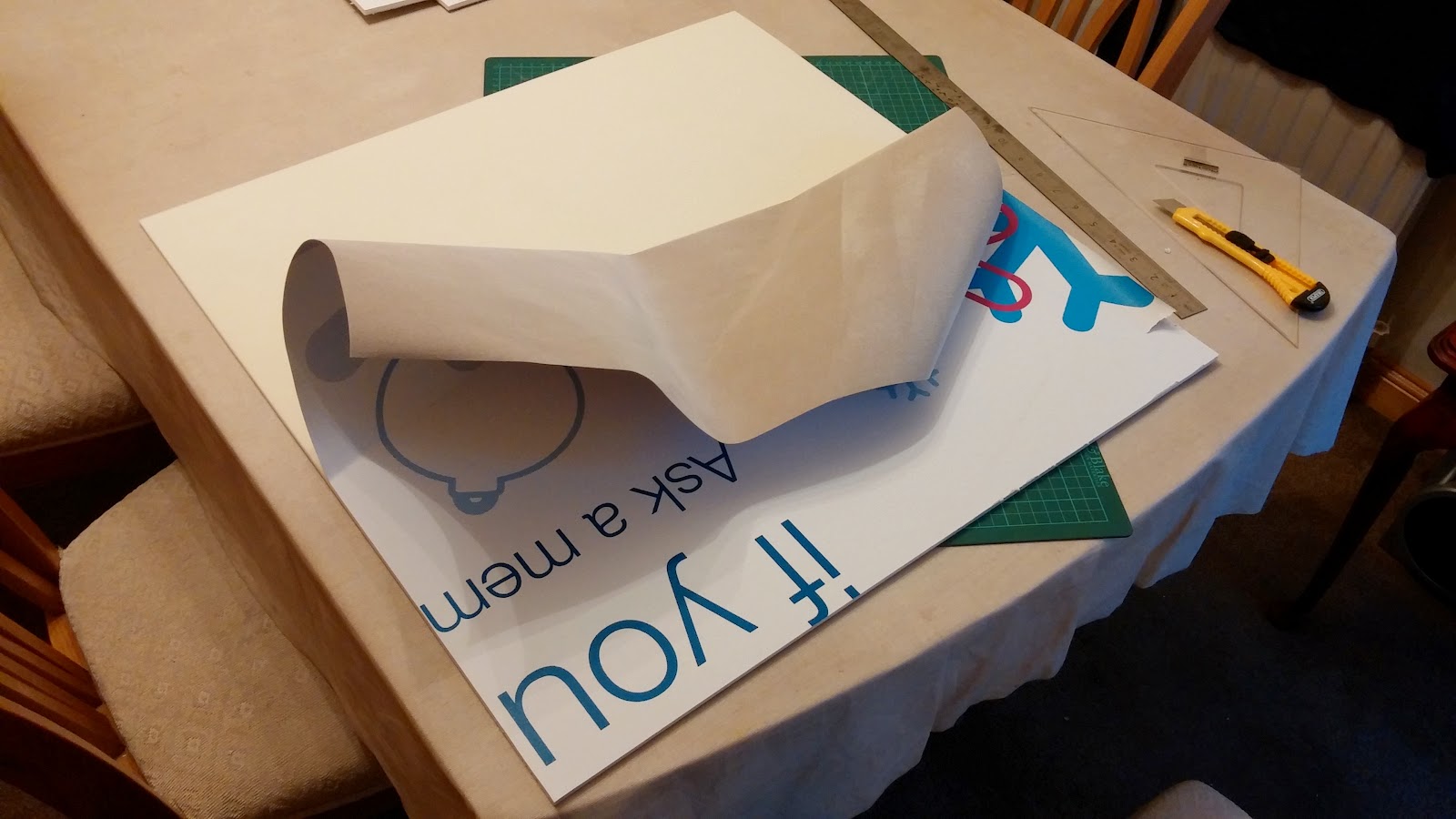 This has now left me with four sections that will be a joy to glue and paint.  Here's a shot of one at the dry fit stage, so you can see what I mean. Of course, the other problem is the fact that the polystyrene boards no longer appear to be as accurate in their dimensions as they used to be.  Joy.  SO I have a little faffing about to do to affix the foamcore to them without compromising their use either as these city boards or as open grassland.  I'm aware that at this early stage it's kind of hard to make full sense of the way these boards will look upon completion, but I'm hoping the fog will begin to clear over the next few posts.  I must confess I'm quite enjoying making this scenery.  What I think will be hardest will be taking the plunge and dirtying up the finished set for the post-apocalypse setting.  Not because I'm not up for it.  No, I think it'll be hard because I can already think of some other game systems I could use the boards for...!