Happiness is the Road

I've been held up with base coating my boards!  I was surprised by just how much paint they continued to soak up. Four 2' square boards took a total of three coats, amounting to approximately 650ml of paint. I was not expecting that amount. But as you can see from the picture below, taken while the second coat of paint was drying, two coats simply wasn't enough to give an even coverage. 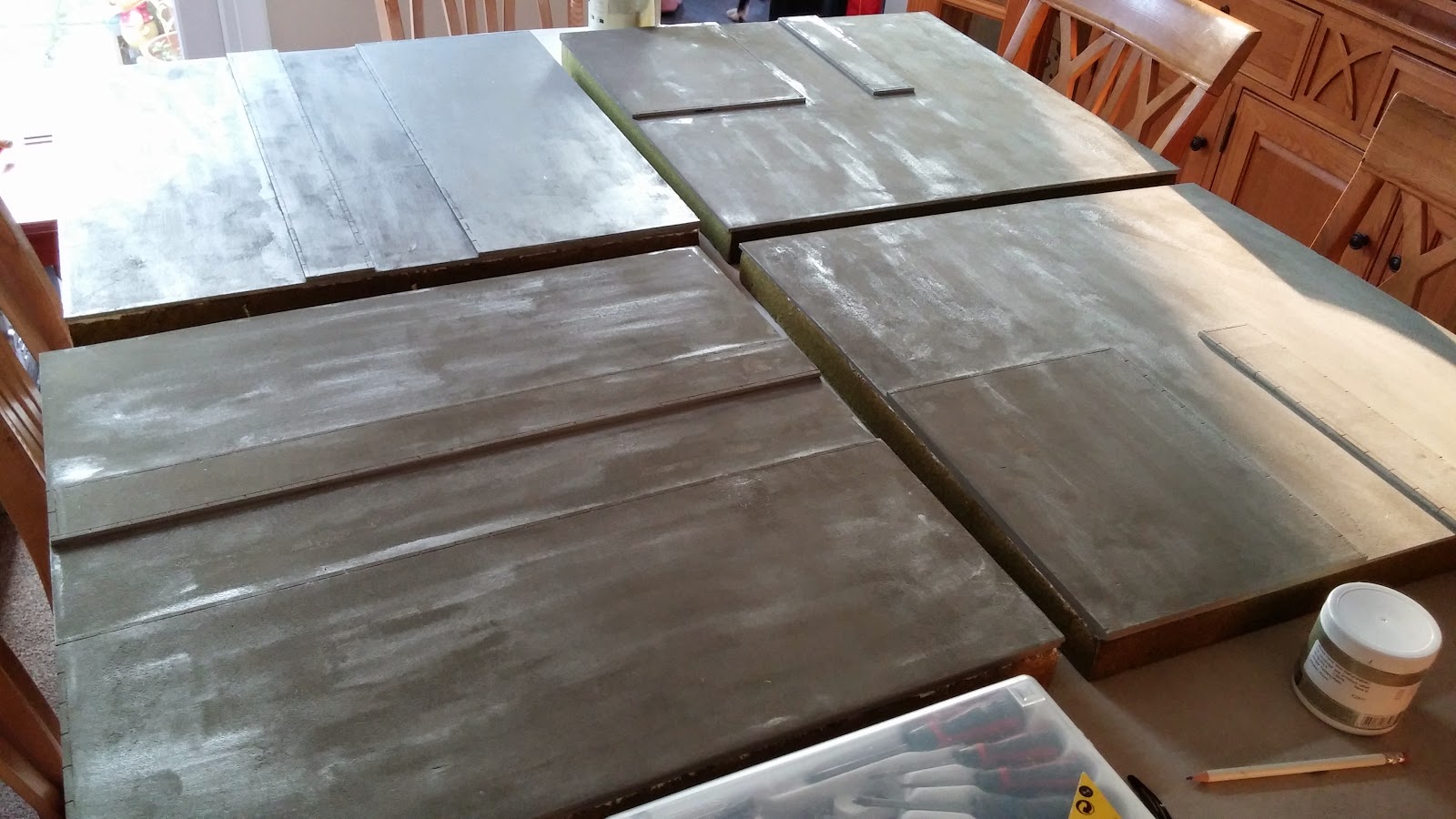 This of course had a delaying effect on my plans. Three coats meant three sessions of being able to do little more than paint a base coat.  And because I wanted to make sure I had a nice even coat of paint each time, this was anything but quick.  The top left board you can see in the picture was the one I started first.  It has had three coats compared to the others. 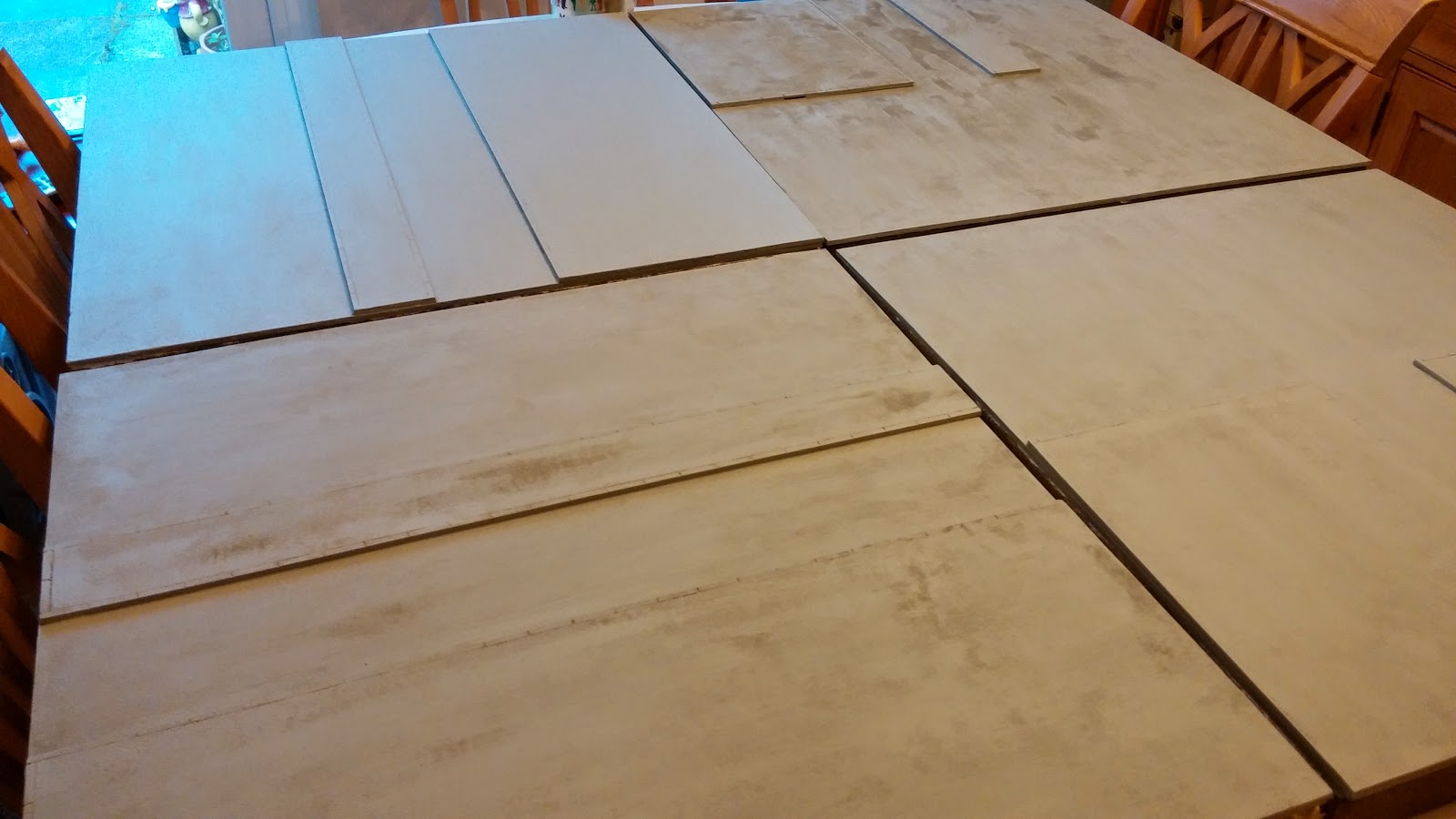 I really wanted to make sure the road markings would remain both consistent and look worn.  I decided to make a template on my computer and print this on acetate.  Yes, I still have some of the stuff lying around.  Left-overs from all those presentations on OHP in the days before powerpoint.  I'm showing my age again...!

Anyway, it was great fun using the stuff again.  And awfully fiddly cutting within the lines. 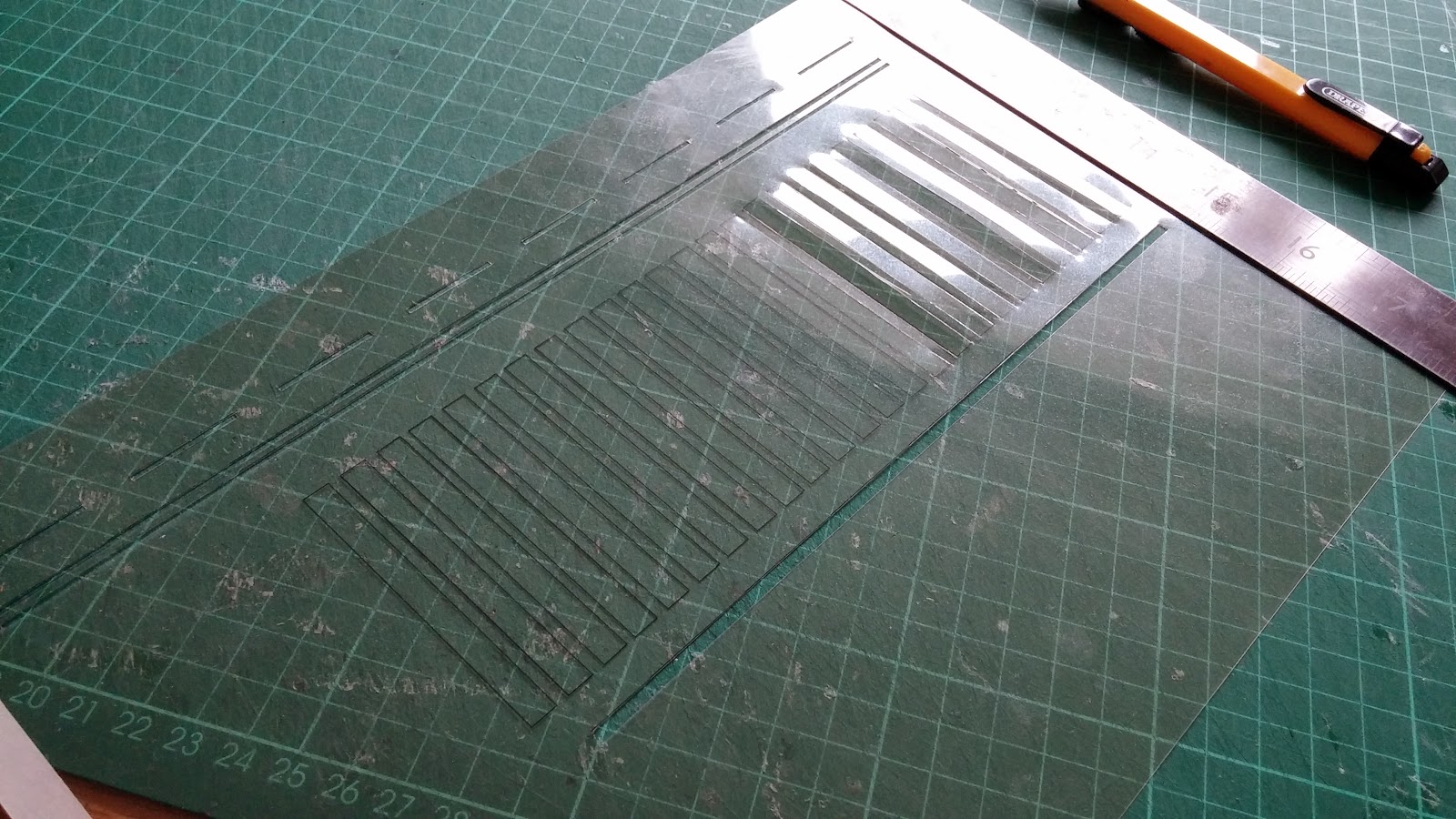 Once this was ready, there was no holding me back as I set to work adding wear to the base colour on the boards.  I did this with a series of drybrush highlights.  This accentuated the surface detail of the exposed foamcore on the pavements.  I then turned my attention to the road surface.  I wanted to raise the colour of the road where the traffic had worn the surface.  As you can see from the next two photos, I judged where the traffic would flow and measured out tire marks.  The original colour would represent the sections less travelled, namely down the centre and outside edges of each lane, and the space where the lane markings would go.  The tire marks would have to follow the path the vehicles would travel and would therefore have to follow the road layout.  I think you can make them out in the next two photographs. 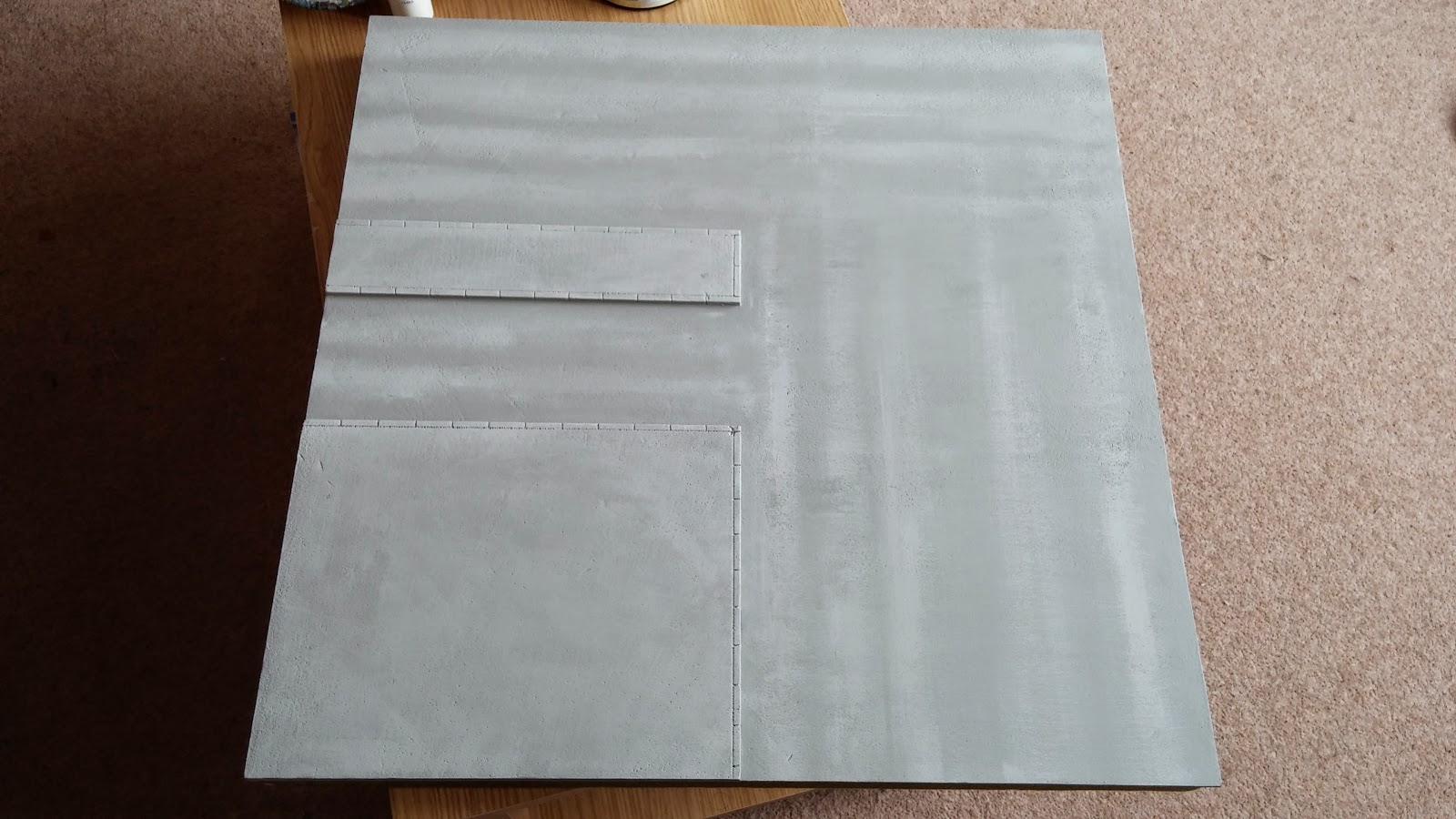 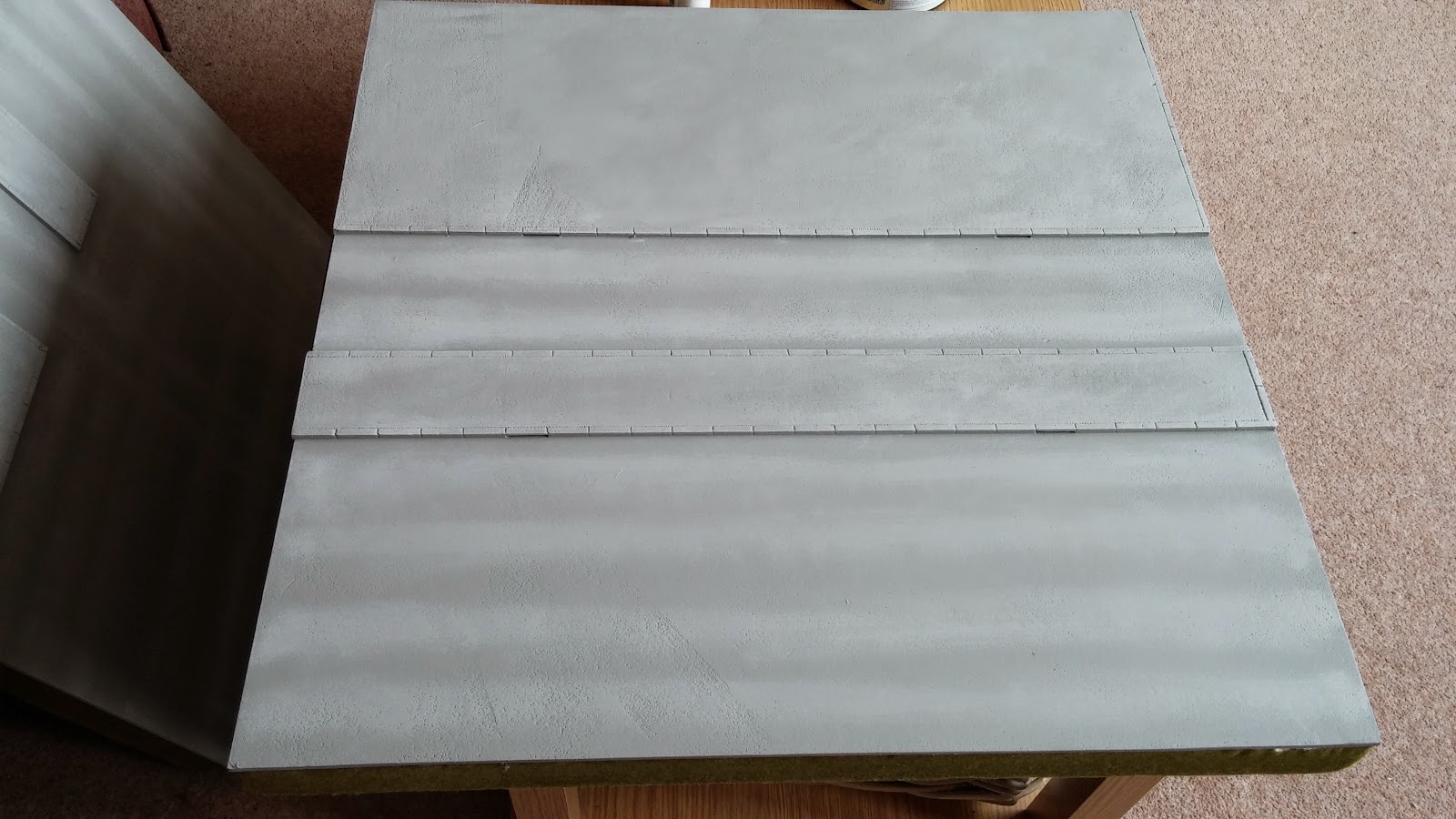 And finally, I was able to put my stencil to good effect on the first board before my free time ran out.  I'm rather proud of the result, and can't wait to see the effect once the four boards are completed. 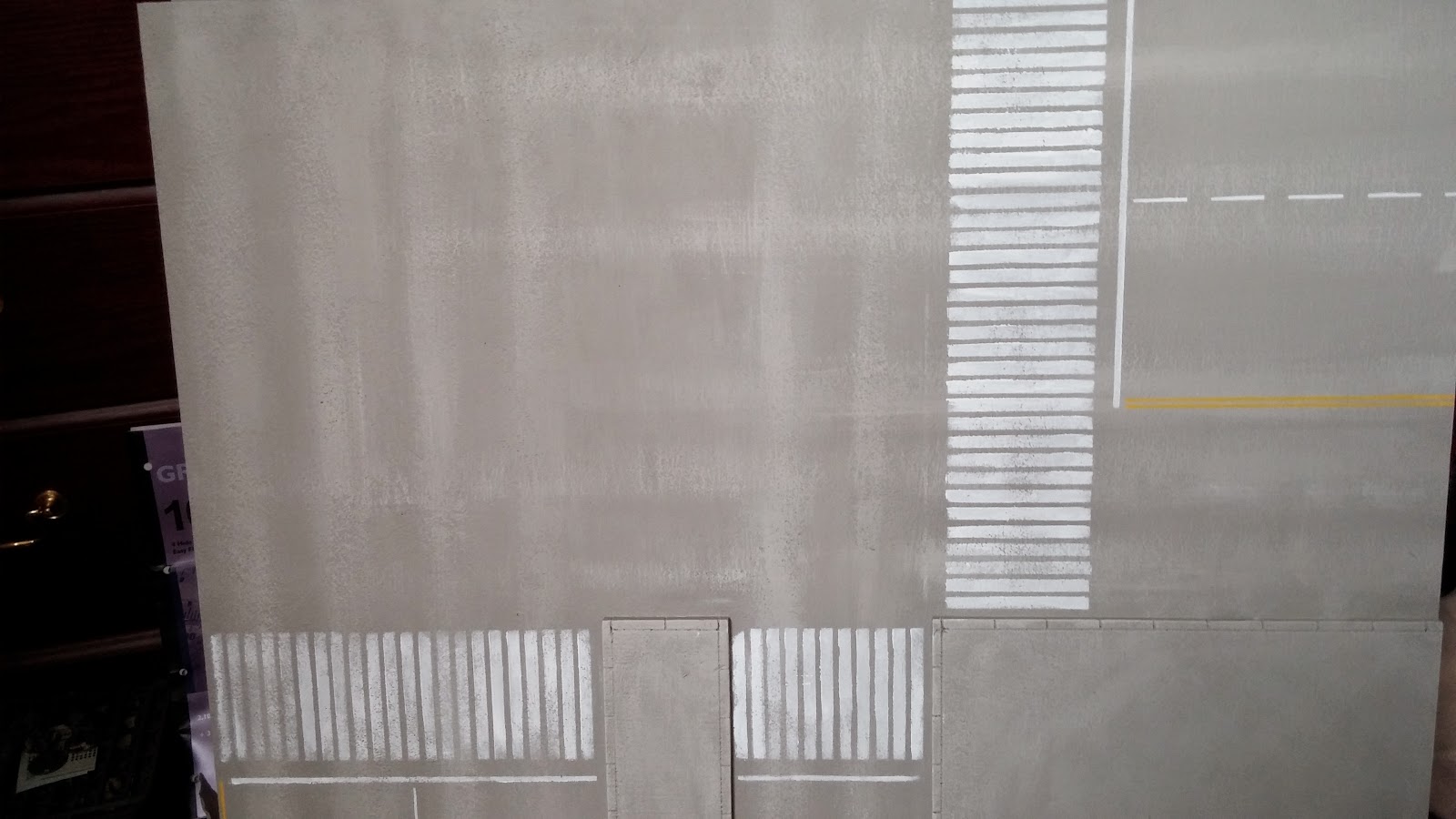 Then the next part of the journey will be to add a few localised washes in dark brown to represent oil stains, and a wash to the kerbside to add a little more definition.