Well, would you Adam and Eve it?  There I was, minding my own business, trawling through various 28mm Zombie figure sets, when I stumbled on a whole new section of the rather heavily background animated Studio Miniatures website. WWII German Zombies! And they look awesome. Go check them out and come back here afterwards!

You see what I mean? Now, this revelation has had a number of effects. First, it's put a hole in my wallet because I just had to order a set. There are some bargains on Ebay right now...!  Second, the mind is doing somersaults as I consider whether or not I need to amend any ATZ rules for the jump back 70 years to 1944.  Third, what can I say? It's adding a whole new impetus to working on my existing WWII figures for Bolt Action.  Now, I've never lost impetus on getting this system to the table.  Its just that I've had so many other things to concentrate on.  This has meant my pick 'n' mix approach to painting hasn't had the freedom it once enjoyed.

Which is all rather fantastic (in more ways than one!)  Because, to be quite honest, I've only got one commando painted so far.  And here he is. 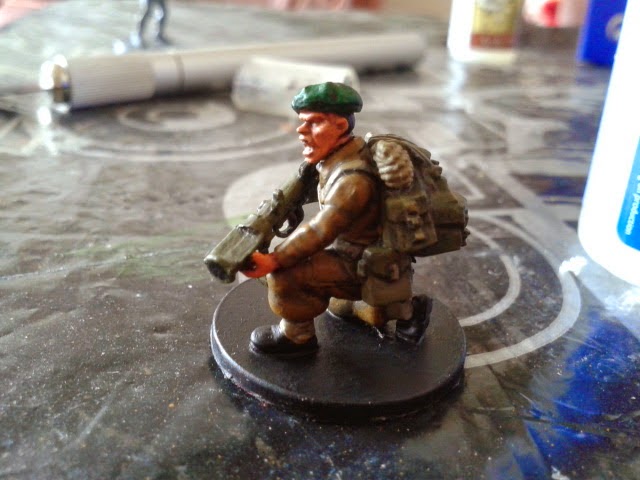 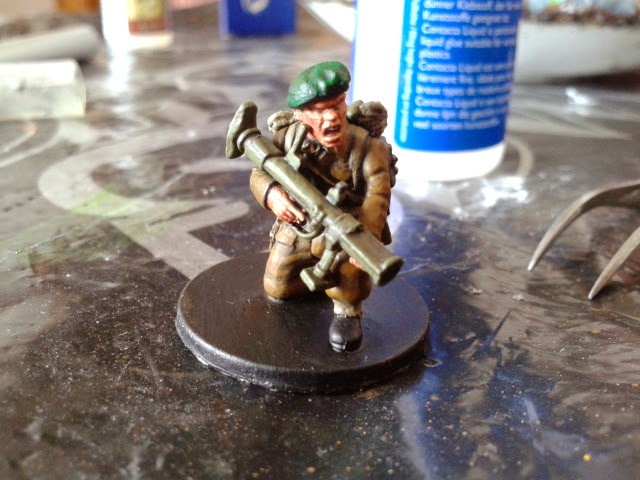 I'll be making these figures according to the Bolt Action army lists.  I can then pick out at random the figures I want to use in our Wierd War Z games.