Everything is ready for our game on Monday!  I even managed to get the wagons ready! 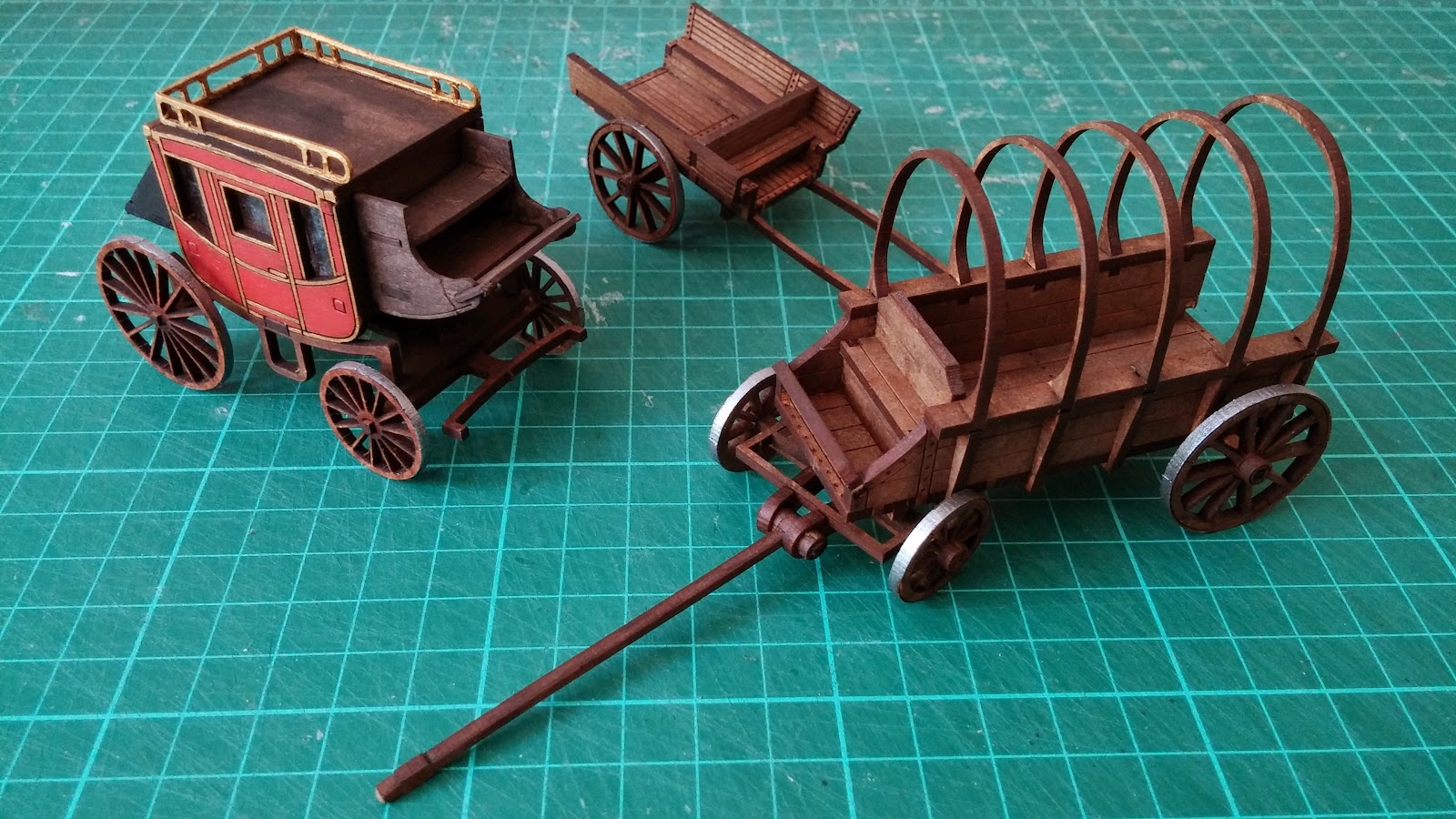 And as you can see in the photo, I finally had time to make the Stagecoach kit from Sarissa Precision I managed to find on Ebay a few months ago.  Couldn't find it on Sarissia's own website, so I presumed its an older kit.

And it wasn't exactly easy to make as I'll show you! 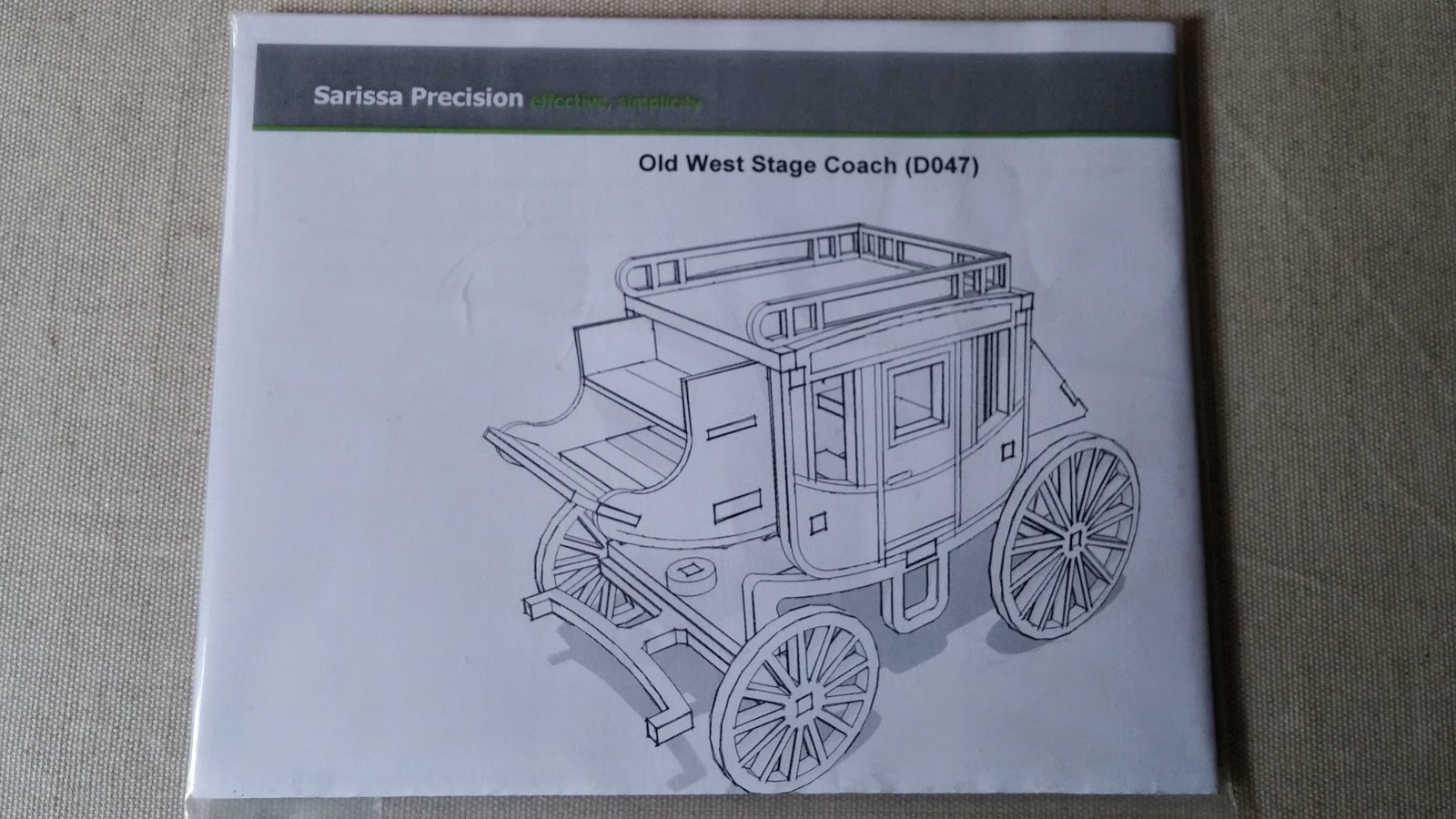 Here's the kit in its packet. 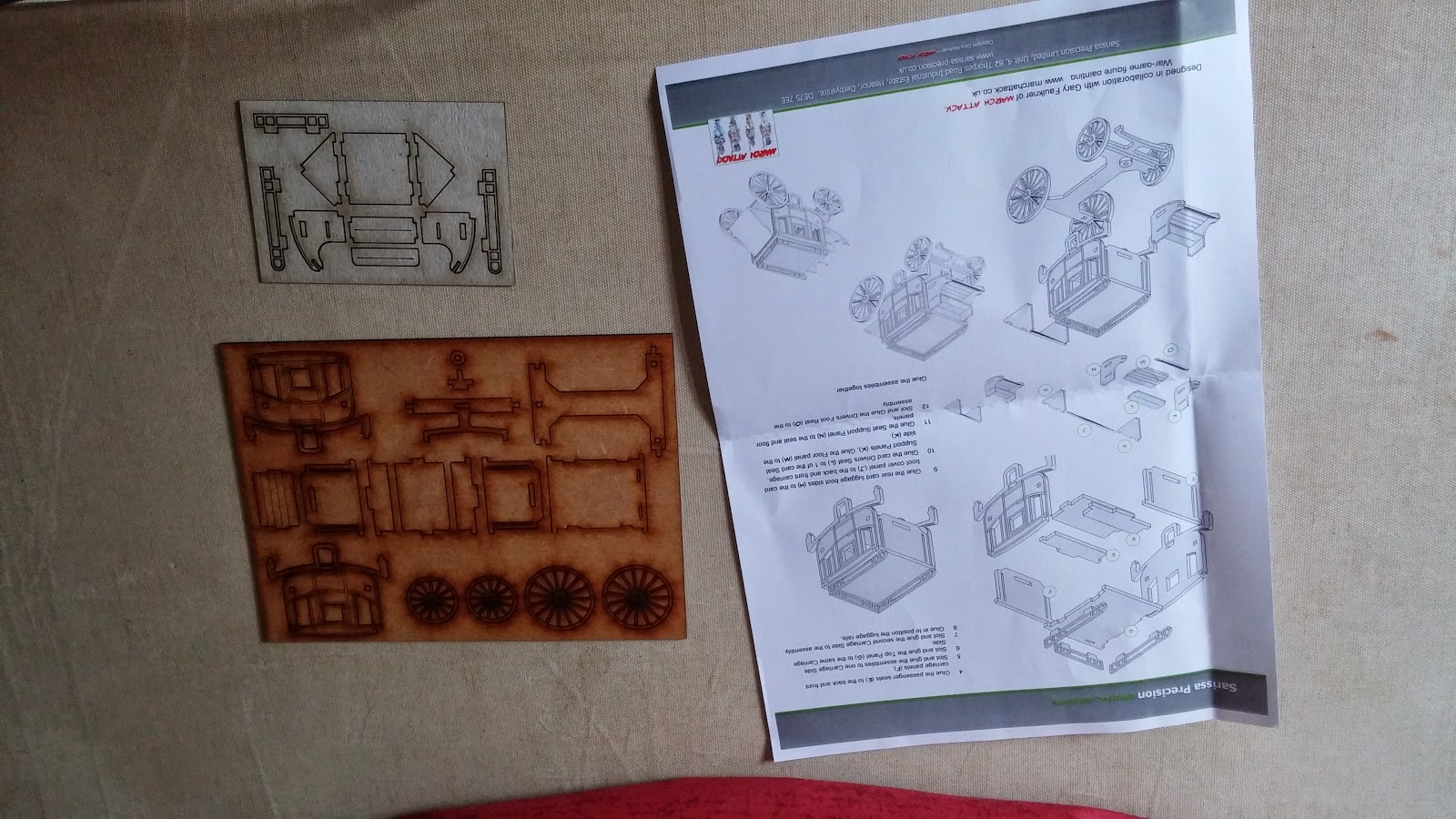 And here's the contents.  And yes, there is a section of the kit made out of cardboard. Now, I understand that Sarissa wanted to use a thinner material for the rails, but for crying out loud, card?  Seriously? 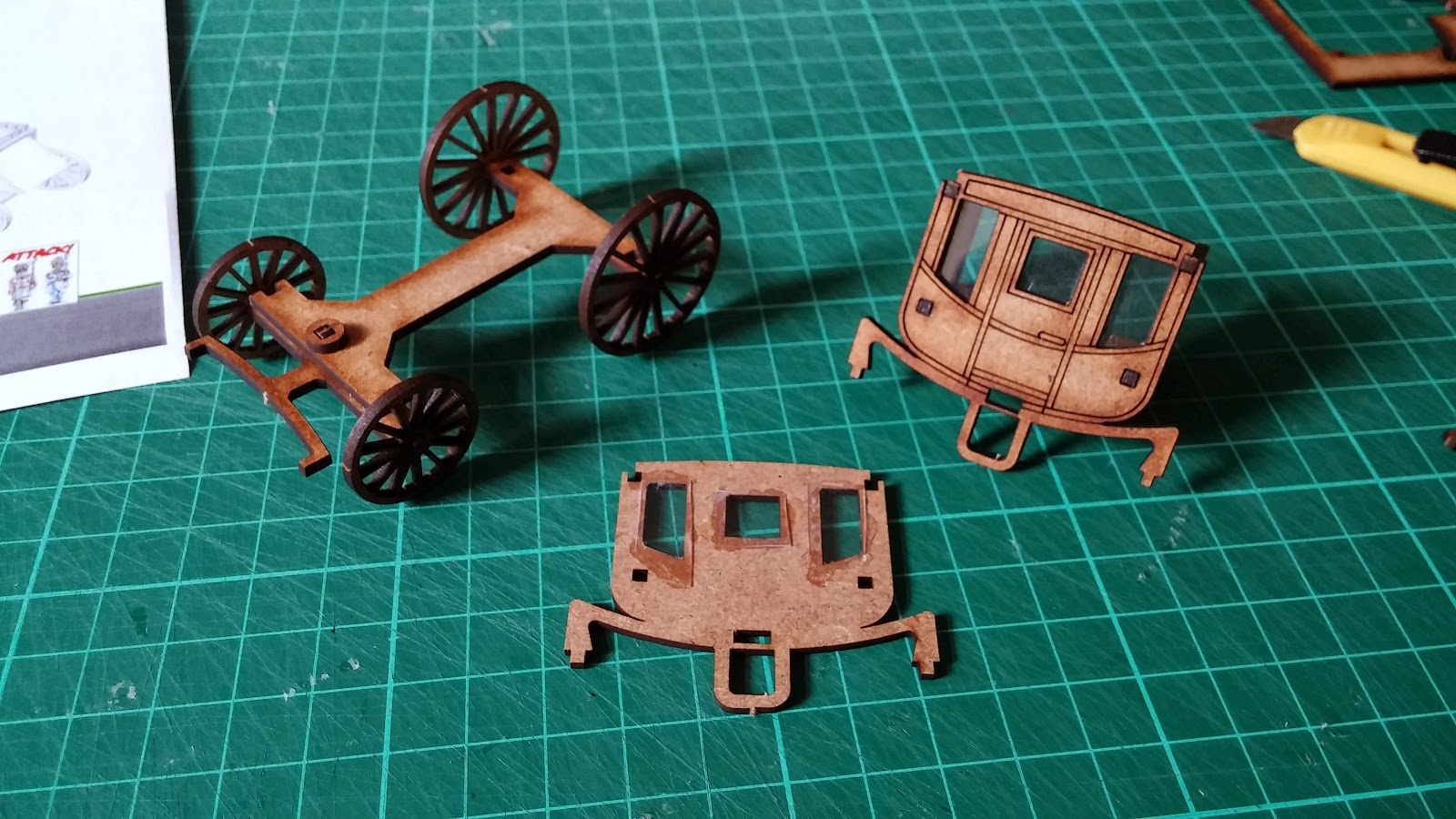 The kit didn't have any prodder, so I used my modelling tweezers to push out the bits.  Considering the wheels, this took quite a while. I decided to use some perspex to glaze the windows. 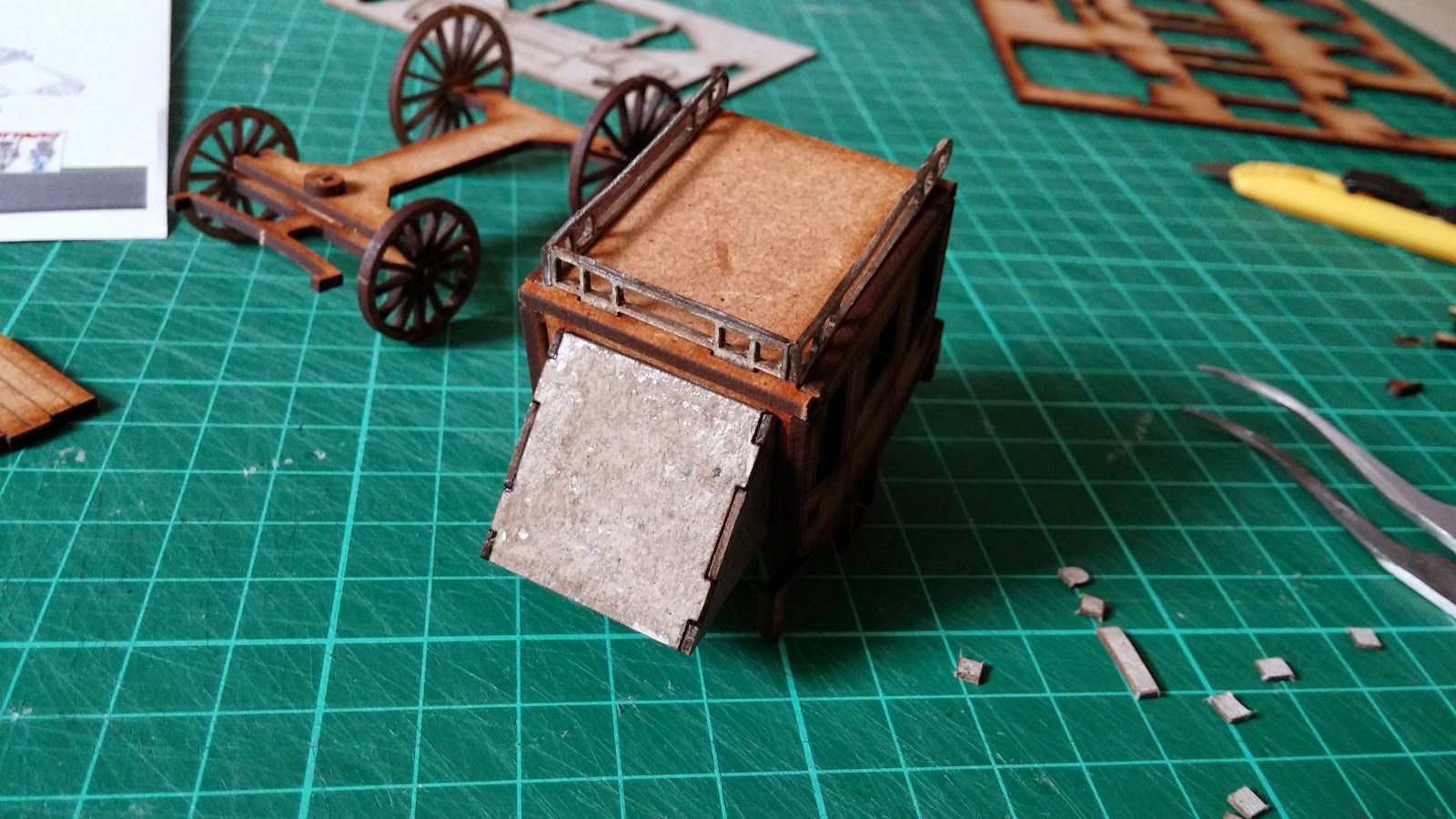 Here's the main carriage.  Notice the cardboard railings on the roof?  They were a serious pain.  Being made of card, it was almost impossible to press out the pieces without bending them.  Once I had managed this, I used superglue to fasten them to the carriage.  And then I put extra glue on all the card parts.  The glue soaks into the card and makes it much sturdier. Otherwise, it wouldn't last more than a couple of gaming sections. 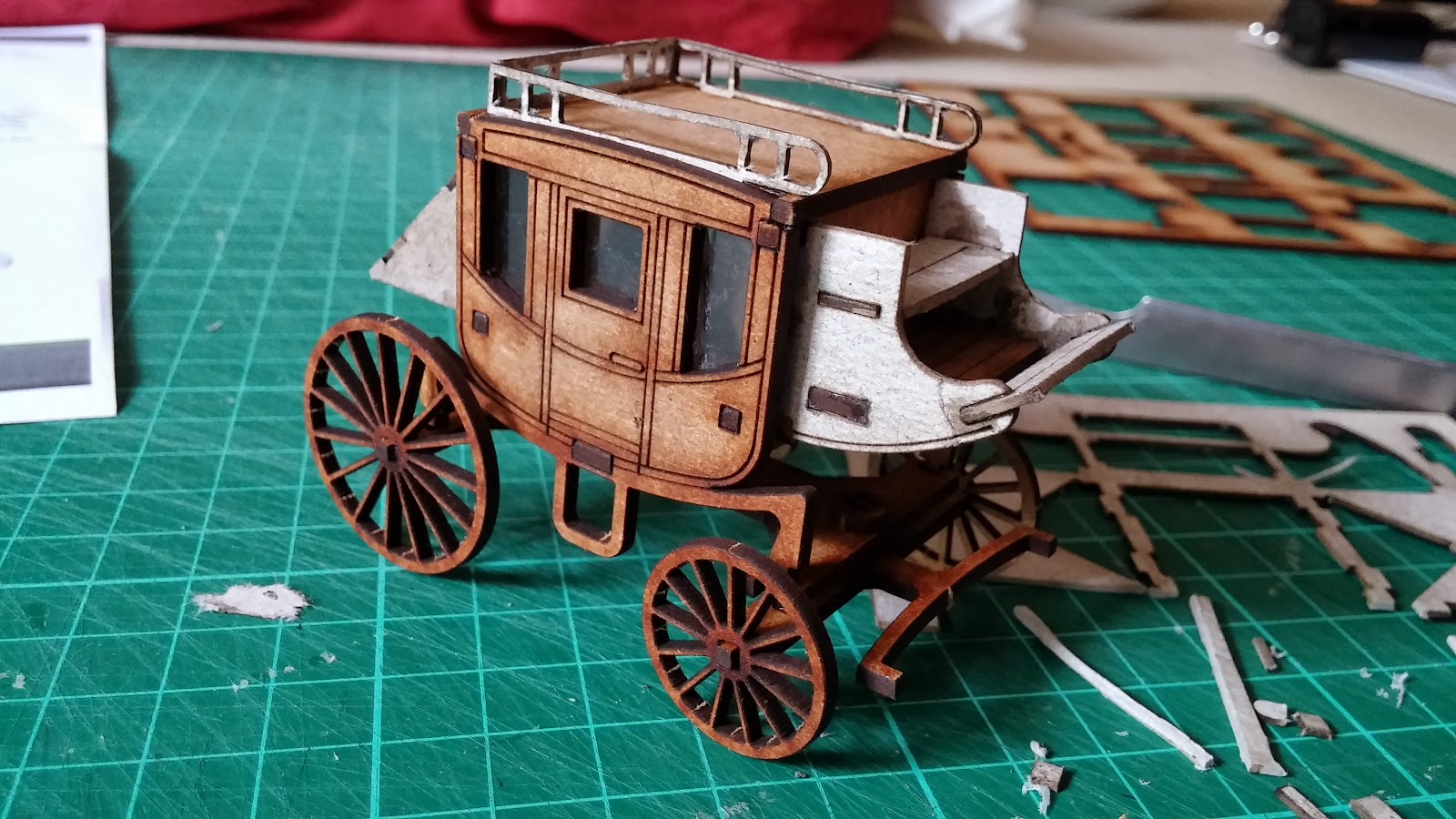 The real pain was the driver's section.  Whichever way you  position the mdf footsection, its too deep.  I had to cut it very carefully with my knife so I could get it to fit flush with the other parts when attached to the coach.  Whichever way you cut it, that's bad design.  And before I forget, the carriage section was open at both ends between the seats and the floor.  Very poor.  I had to cut pieces of card to size.  At least this kit had some around I suppose!

So overall, I'm not all that impressed with the kit.  I've been making models for over 30 years, and I struggled to solve some of the problems that came up.  Why couldn't they have used thinner mdf for the railings?  Oh well.  It's a nice looking kit once it's finished.  And having made some of their clearly more recent models, they have got a lot better.  This was obviously from their learning curve...
Labels: Sarissa Precision The Town with No Name