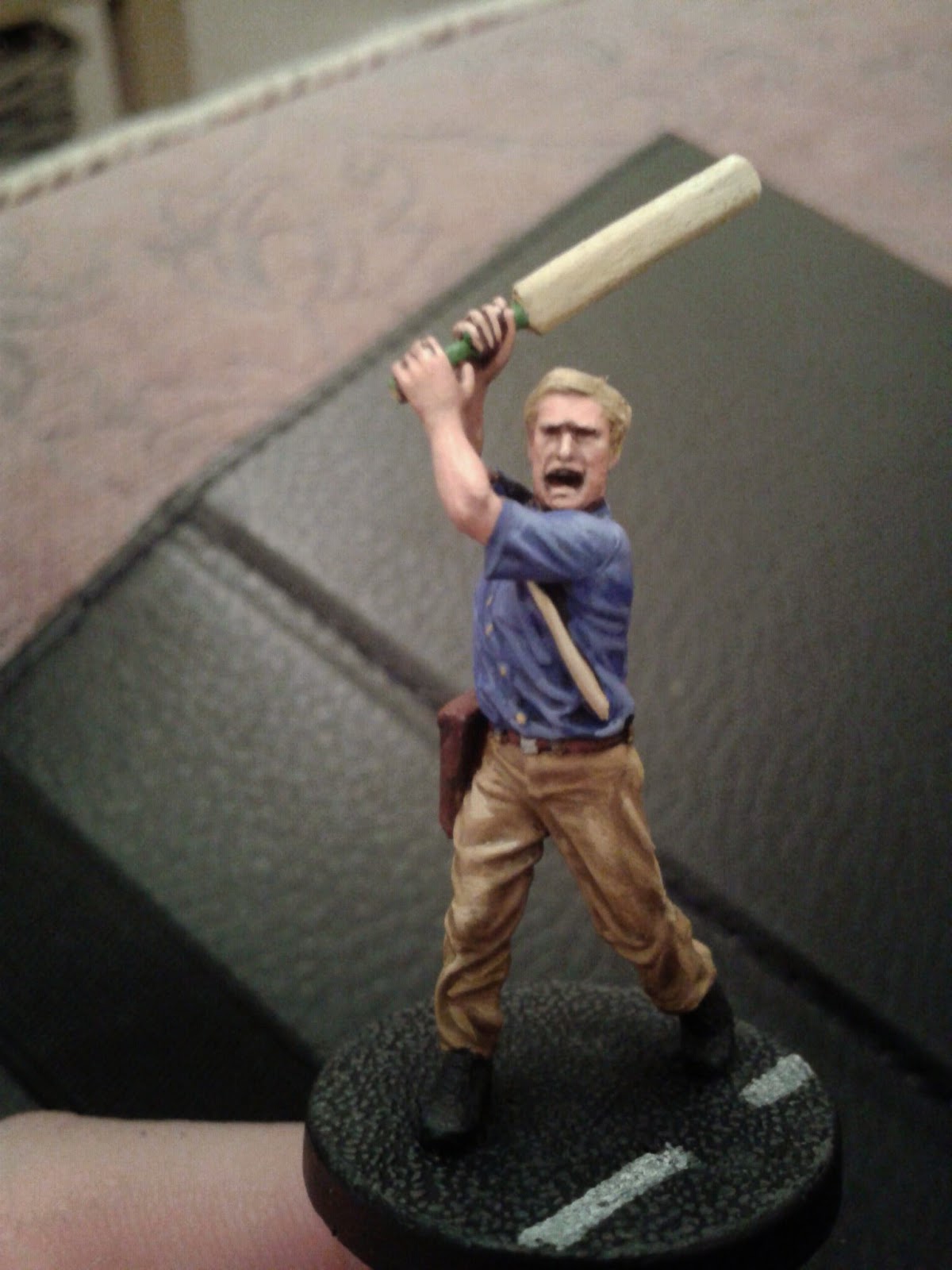 I've got to confess.  I don't read many wargaming magazines. I don't go to conventions.  They are too far away.  Now, whilst this makes me sound like some lonely Johnny-no-mates (which I'm glad to say I'm not!) it means I have more money for miniatures.  This, I reason, is a GOOD THING.  Besides which, I'm more than happy to scour the interweb for images of different miniatures and games tables to help me see what's out there.

And when it comes to the Zombie Apocalypse as played out in All Things Zombie, well, what can I say?  There's not much out there at all.  In fact it would be fair to say that I've seen pretty much nothing to whet my appetite.  Unless you want gore shots from a certain TV show and recent movie of course. Now, all this is fine if you like that sort of thing.  I don't.  Weird considering my next project, isn't it?

So let me ruminate for a moment... 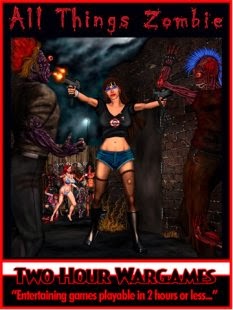 I love the old Origin's Award winning All Things Zombie.  I hate the artwork, mind.  But the rules are simply elegant and wonderful. And I get the whole package in one rulebook.  I don't need to join a money-spinning four book epic.  I love the challenge of fighting co-opt games against an unknown enemy.  The random appearance of zombies is right up my street.  I enjoy a grand-with-an-e-on-the-end level tactical wargame as much as anyone else does.  But I hate the Zeus-like feel of playing these games where the player has some god-like view of the proceedings and nothing can come as I surprise.  (Another reason I hate IGOUGO systems...wink!) This is why Two Hour Wargames systems are right up there at the top of the pile along with Ambush Alley and Two Fat Lardies. And a certain Rules with No Name...! 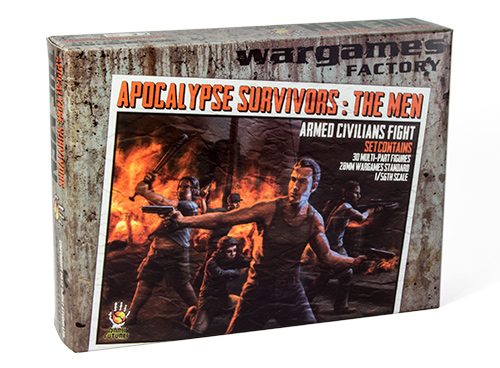 Now, as a teenager, I loved Zombie movies.  I remember lamenting them as not being realistic (I beg your pardon?). Nowadays CGI solves that problem.  But I've clearly mellowed since then; matured like a decent vintage.  Or something like that.

For me at least, ATZ is the fun of the game.  I'm not interested in gore-fests, even though I'm playing a Zombie Apoocalypse game.  Then again, I'm a wargamer because I like the spectacle of the games table and the attention to detail on the miniatures.  I'm a wargamer who likes to game.  I'm not into it to rack up gigantic virtual body counts.  I don't glory in war.  I have deep respect for the members of our armed forces both in the present and throughout history.  But I'm playing a game.  And if I get the chance to take down some models of Nazis and the Taliban then so much the better.  I have no moral connundrum.  It's a game.  It's right there in the name, for crying out loud!

So when it comes to working out scenery, what do I want?  Well, it has to be set in America.  Typical response for a Brit, but there you go.  Which is where my problems began.  Run a google search on zombies and you end up with a sweeping skyline filled with gigantic multi-storey buildings.  They all look flippin' amazing.  But not exactly feasible on a 4'x4' surface.  So instead, after much head scratching I found inspiration in the most unexpected of places.

Model railway scenery. And I found the images courtesy of my old chum Google.  How I managed to survive before it I'll never know!

That's right.  You read it correctly.  Railway model buildings.  I just need to scale them to my 28mm figures from Wargames Factory.  And I'm going for more of a nature takes over effect, since I'm pretty sure Zombies aren't likely to worry about mowing the lawn at the weekend.  Or washing the cars for that matter.  A bit more I Am Legend than World War Z.  And personally, I find something intrinsically more horrific in seeing an MPV with its doors open surrounded by discarded suitcases and photo frames and some dried in gore on the seats rather than a Zombie getting its head smashed in. In close up.  With blood splattered everywhere.  From ten angles.  Simultaneously.  Its the suggestion that is more deeply insidious.

And I always prefer some comedy whenever I can get it.   Which I why I'm more of a Shaun of the Dead fan than The Walking Dead.  Zombies failing to climb ladders will always be funny, no matter how much money they put into visual effects.

So watch this space.  You may be better dead than Zed.  But its going to be All Things Zombie round here for a while!