Well, I have no idea what happened with the work-life balance thing.  It's been one thing after another, and very little time to spend with the family or on the hobby.  And I'm not proud of it.  It's not something that makes me feel fulfilled, or that life is somehow special because of it.  When asked how we're doing, everyone I know seems to love using the response "Busy" and parade it around like its some badge of achievement.  Are we afraid of being seen as useless or unimportant if we aren't so busy we don't have time for others?  And since when did being busy make us suddenly happy and fulfilled?  Can't we be fulfilled in our work and still have plenty of time for the things that really matter?   How about time spent in the company of friends?  Time with our families?  Time spent in our hobby with fingers trailing spider-like webs of Uhu glue as we stick bits of foamcore, card and matchstick together?

I returned to my work in progress of the livery stable recently.  You might have guessed that from the title of this post!  And when it came to looking out the parts, I soon realised I hadn't done as much of this building as I had thought.  As you can see from the picture below, I still needed to edge the front of the building.  Once again, the elastic bands prove to be very helpful! 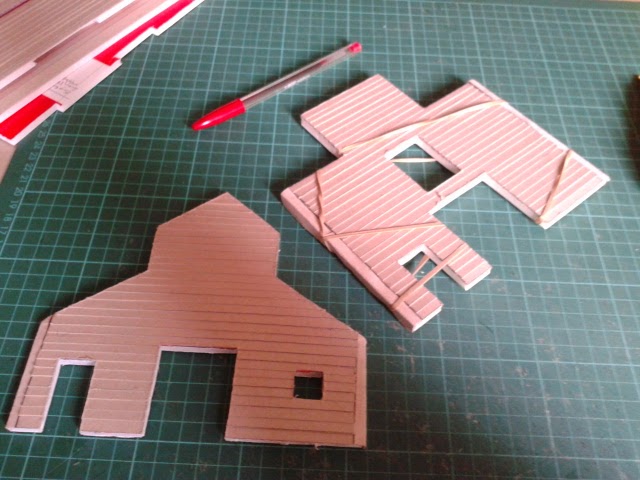 As I said in an earlier post, I was basing this model on one made by Sarissa Precision. Lovely model (why base my own on it if not!) but I was always unsure of the windows. I couldn't understand why they had the same windows as the houses.  I guess it's less hassle to make them that way.  But I wanted to try something different.  So I went for some thin wooden bars running the vertical length of the windows.  You can see the reverse of one in the picture below. 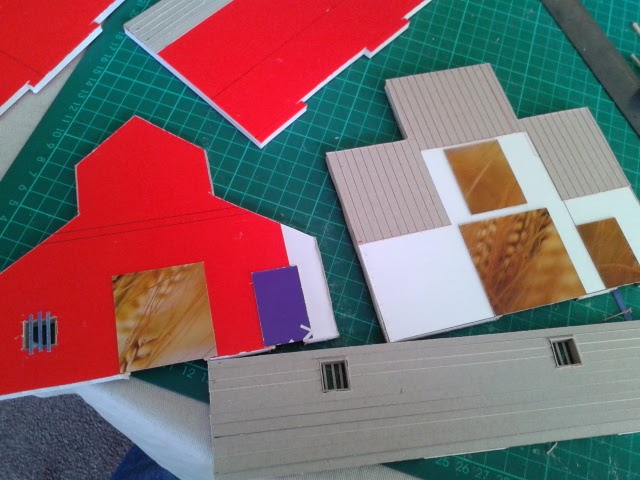 Now, if you're looking for me to cite historical examples to justify this, then you're going to be upset.  Because I can't.  But then again, every stable I've seen photos of online for this period aren't weatherboarded either.  They look more like barns with spaces between each vertical panel of wood.  So I admit it, I copped out and went for something that was maybe more reminiscent of medieval and early Tudor architecture in England.  But for some strange reason I think it kinda works. 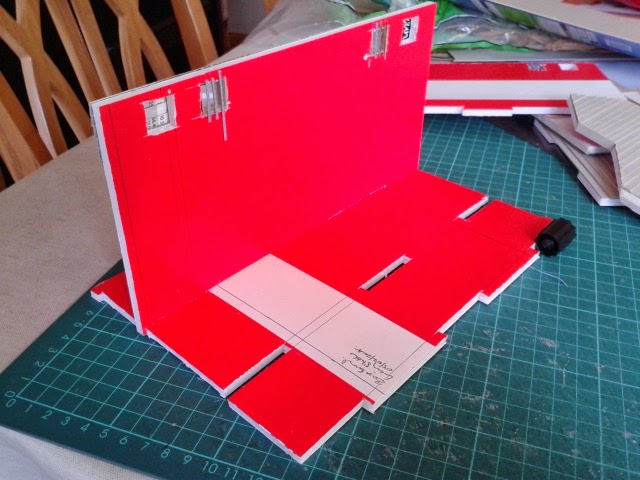 Above is a photo of that moment of truth.  The moment when the first wall section gets glued into the base.  And for the more observant of you, yes, there are more windows on the inside than on the outside of the building.  This was because I decided I had made too many of them in my initial plans.  These will not be visible once the building has its roof on. 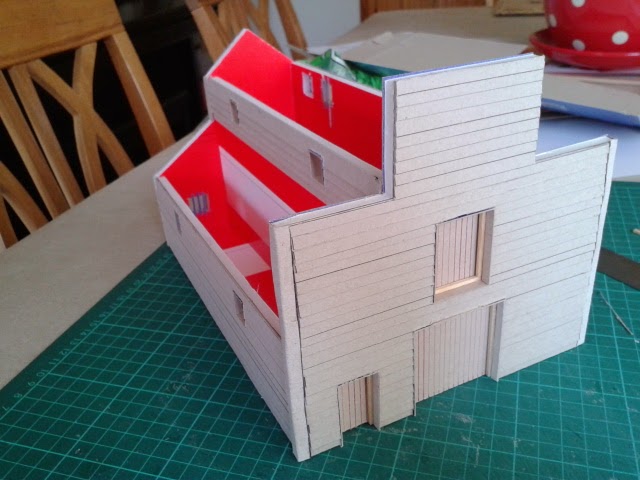 And here are two photos of the building ready to receive the roof sections and then some final edging along the gable end at the back and the edging on the false front. 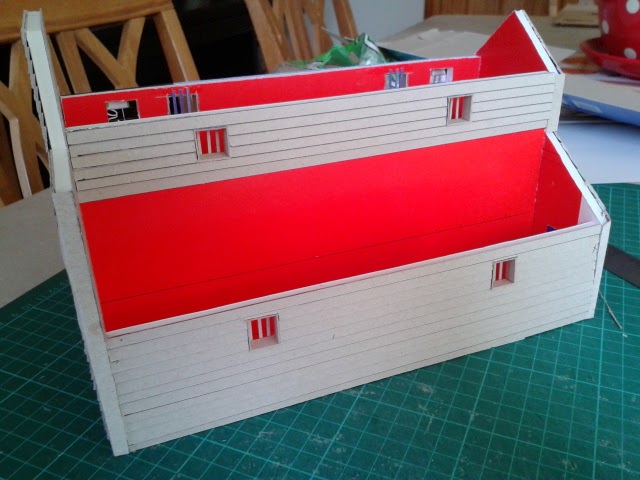 And that's as far as I got.  Nine windows, two doors and three barn doors all edged and framed, corner edging on the false front, and the whole thing glued together.  Might not look much, but it took a little over two hours to achieve.

From an aesthetic and relaxing perspective, that was time well spent!