Well, the new White Dwarf came through my letterbox today. And give them credit, as a subscriber I got the first issues of both White Dwarf weekly and Warhammer:Visions. Am I impressed? Not in the least.

Fortunately there was a letter inside with an email address to contact Jes with your opinion. This is what I sent...

I feel the need to qualify my position. I have been a fan of Games Workshop since the early eighties, when the game wasn't for the ten year olds of the world as I was. I played first edition Warhammer, the precursor of WFB. I own pretty much the original version of every game system pumped out by GW ever since. Including the boardgames.

I have always held up Games Workshop as the bench mark by which all other gaming systems, sculptors and companies were compared with. It was once a well deserved standard. In many respects it still is. Citadel is producing some of the best minis on the market. But the word 'some' in that last sentence is telling.

White Dwarf has been failing for some time. It deserves to as it has consistently replaced content with graphics. A definite dumbing down. And nothing more obviously so than in the all new White Dwarf and Warhammer:Visions.

Do you really think that I am stupid enough to buy a weekly magazine and monthly publication that costs approx. £15 a month to have even less content (unless you count the pictures) than what I had previously spent £5.50 on? And why would I go to your store to get a weekly magazine? All you do is try to hard sell me stuff I neither need nor can no longer afford. Let me clarify. I don't go into your stores any more. I stopped when I was told only the latest models could be played on your tables. That was a number of years ago, if you remember.

I suspect this development in your magazine publications is only an attempt to turn around failing revenues. I have many suggestions about how this can be achieved. But as I suspect you haven't even been bothered to read this far, let alone likely to acknowledge this email, I won't presume to bother you with my ideas.

I have cancelled my subscription to White Dwarf, a magazine I have been reading since issue 62. I did not do this lightly. But a company that pushes me a magazine that tells me such helpful info as, and I quote, "Gandalf the Grey is a wise and powerful old wizard" is clearly aiming itself at the world of six year olds and not at those of us in our early forties.

And what makes this all the more upsetting is this. My twelve year old son loves your miniatures. He collects Necrons. I gave him a look at the two magazines that arrived this morning. He doesn't like them. He said they were useless. It was like a pointless photo album.

So if a forty-something and a twelve year old aren't impressed, who is this publication aimed at? 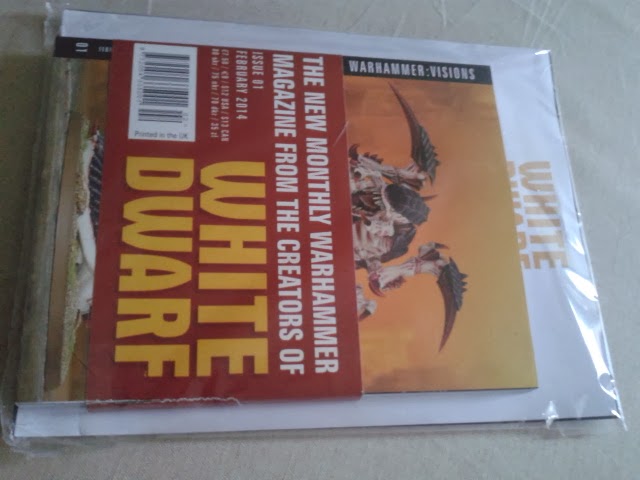