A few snap shots of the Undertaker's handiwork.  Not bad considering his property is a long way from completion! Of course, it's all a matter of scale.  And I had no idea how big to make these coffins.  As you can see in the picture above, my first set of measurements created coffins that just didn't look right.  The five coffins on the left were made slightly narrower as a result.

Construction began with drawing the actual dimensions onto the foamcore as above.  Once the size was sorted out, the failed first draft became the base on which the correct shapes were glued.  5mm deep coffins are just too small at this scale.  Next, when these two layers were dry, I edged and topped the shape with card.  You know, the expensive stuff that I use.  Cereal packet card. 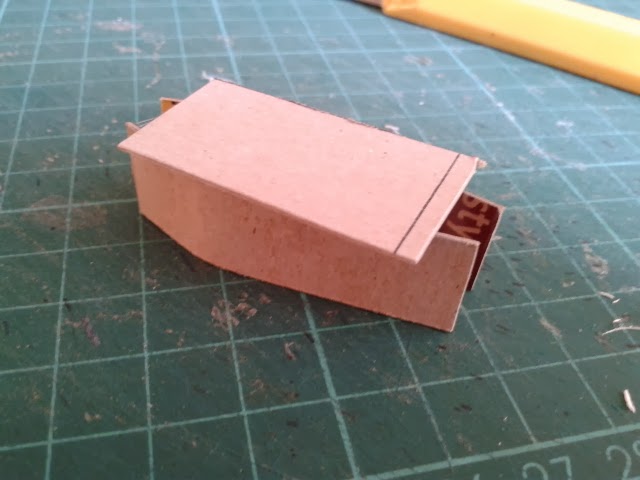 A view from the underneath will show the cutting I needed to do to make sure the edges were flush with the base. 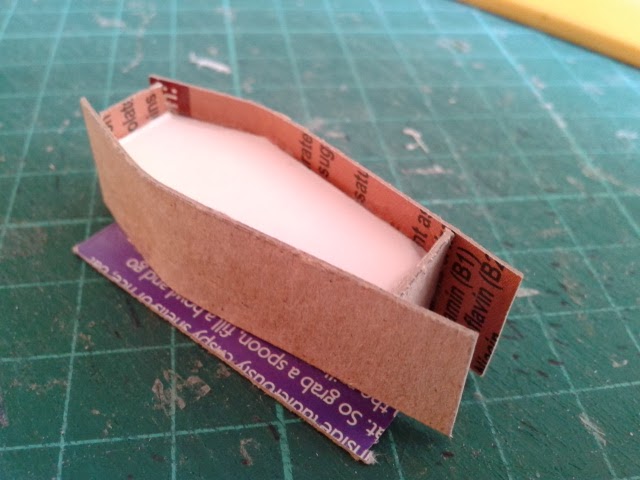 And here's the finished article ready for painting.  Dimensions on the foamcore is 16mm at widest point, 12mm from the head of the casket.  It's length is 35mm.  The width tapers to 1cm at the head and foot.  The finished size is slightly larger, depending on the width of card you use.  The cereal packets I use are just shy of 1mm in thickness.

The sheriff stood in as a body double for measurements.  I hope it's not a sign of things to come when I actually get to play the game! 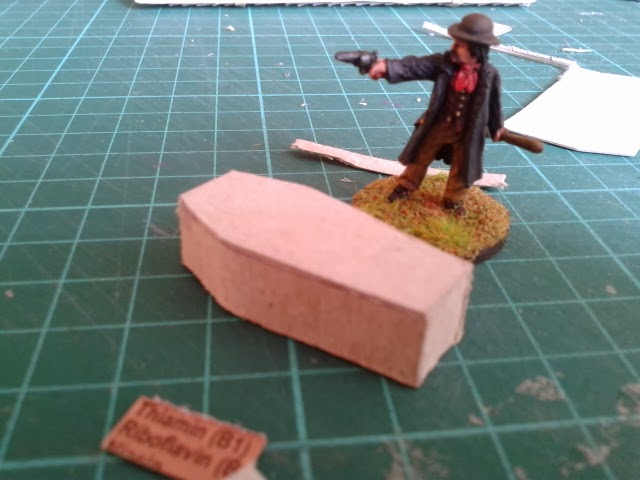 One down, four more to go...
Labels: Old West Wargaming Scenery The Rules with No Name The Town with No Name Undertaker's Coffins