You may remember a few months back I was lamenting the lack of a livery stable in The Town with No Name.  I was planning to use the "It's-just-off-table" excuse if it was ever raised in a gaming session.  And then I was having a blether the other night and proudly displaying my fistful of buildings.  Of course, the conversation quickly turned to the topic of "What about a stable?"  "I thought this was a cowboy game?"  Tempted to remind the cowboy to get back to the trail, I decided it was pretty daft not to have a stable.  So here's the plans drawn out onto foamcore.  If you squint hard enough, you should just be able to make it out. 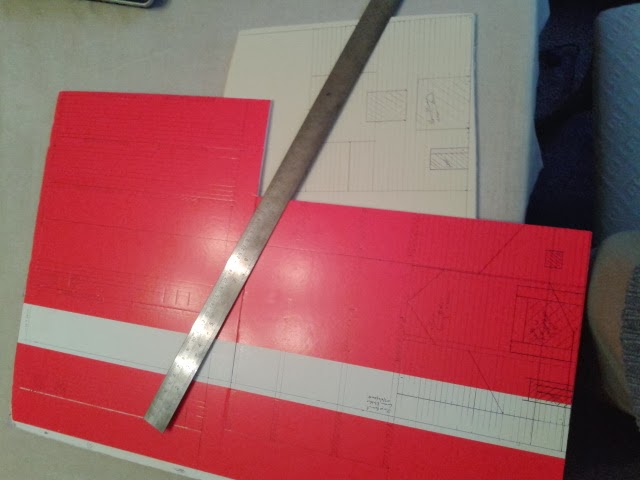 And then we got round to discussing the need for an undertaker.  Especially with that gallows set ready to take centre stage in the boards.  To be honest, I really like the idea of making some coffins.  How macabre is that?  I wasn't sure about the design, but eventually decided to follow the example of 4Ground's undertaker, but make it a bit smaller.  The Town with No Name isn't a big enough place for something that size.  If it were, it would have had a proper name by now.  And made it onto a map.  So far, its failed to reach a gaming table!  All this prompted the following plans drawn on some more foamcore. 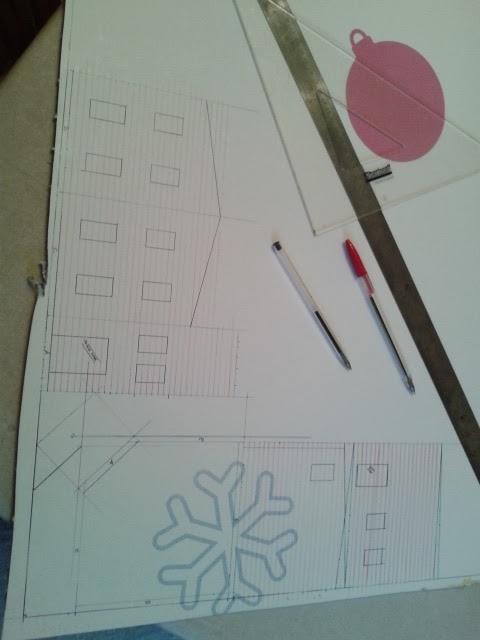