There comes a point when you have to compromise. Its a truism in life, and it's no different in gaming. For lots of reasons. But specifically in terms of making scenery. And for me this came in the form of a gallows set.

Now, I could have made this myself, there's no denying it. Its not like I'm a stranger to balsa strip. But I was worried about making something like that and watching it get easily damaged in setup or pack up. Balsa's a fantastic product to work with. But its not exactly the most durable when its a 3mm x 3mm strip.
So I gave in and purchased Sarissa Precision's Gallows set. There was a part of me that thought I was compromising. I'd made everything else. But if I had to make my own minis then I'd be in a hopeless mess. And besides, this would give me an opportunity to purchase some wagon kits from 4Ground to help populate the Town with No Name. 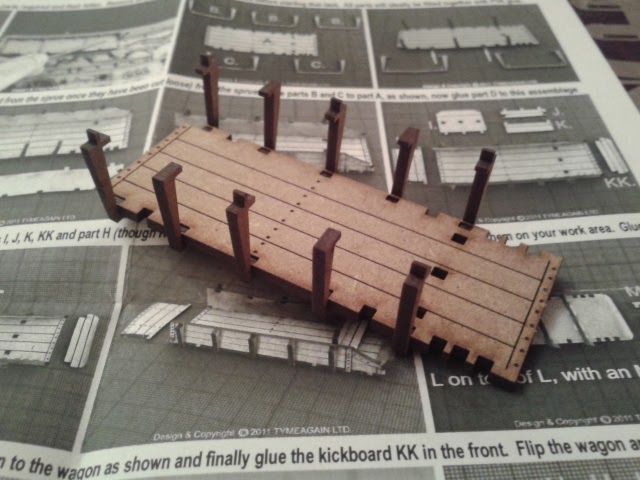 I really like these products, although I think I prefer 4Ground. The pieces come off the sprue very easily and the prodder they provide is actually more useful than I thought. Although I did get carried away and used it to spread glue on my figure bases for flocking them. I normally use an old brush for this. For a while I thought I'd come up with a great idea. Until the PVA absorbed itself into the mdf, causing the prodder to fray and weaken to the point of breaking. Not a good idea. 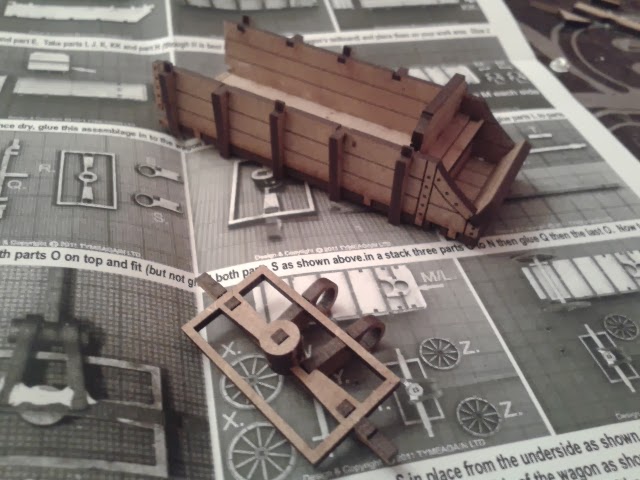 The Sarissa Precision kit goes together like a dream. Admittedly, the kit was nowhere near as fiddly as the wagons, but it seems that Sarissa have made a great looking kit that is really, really easy to fit together. Once you've got it off the frame, that is! My only gripe is the fact that the four support posts for the scaffold aren't flush at the corners as I would have expected in a real world construction. It's not edge to edge and corner to corner contact. Phil Barker would not be pleased. But at the price, its a fantastic kit.

I love the step by step photo instructions 4Ground produce. However, the text doesn't run exactly parallel to the pictures. So you find yourself looking at the photo and then trying to find your place in the line of text. Which is sometimes under the next row of photos. Be warned! 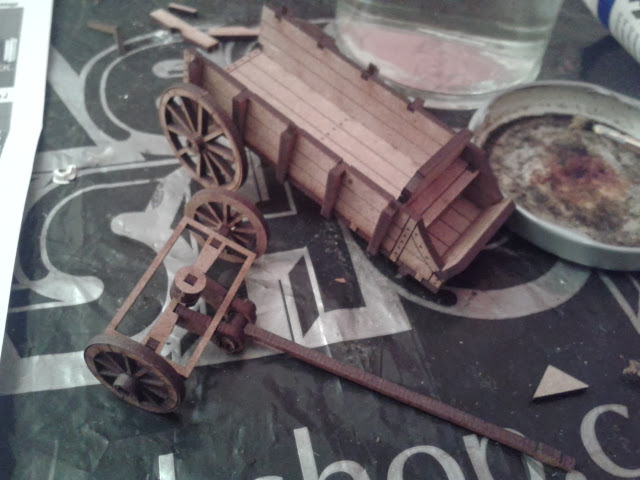 The supply wagon is a wonderful kit. Even if there's a part of the instructions that make no sense whatsoever and tell you to get parts that don't exist on on the frame. When I realised this and simply followed the photos, I got on fine. The model looks great. 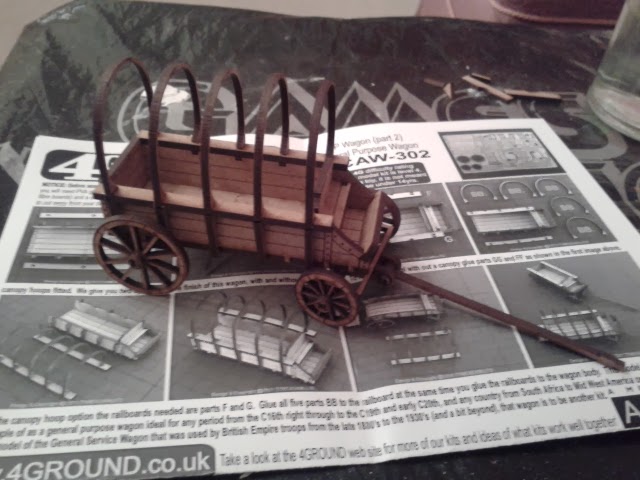 So its thumbs up for both companies. Their products look fantastic. They complement the scenery no end. But of the two, I prefer the more fiddley but fantastically designed and easier to get from the frame kits from 4 Ground. 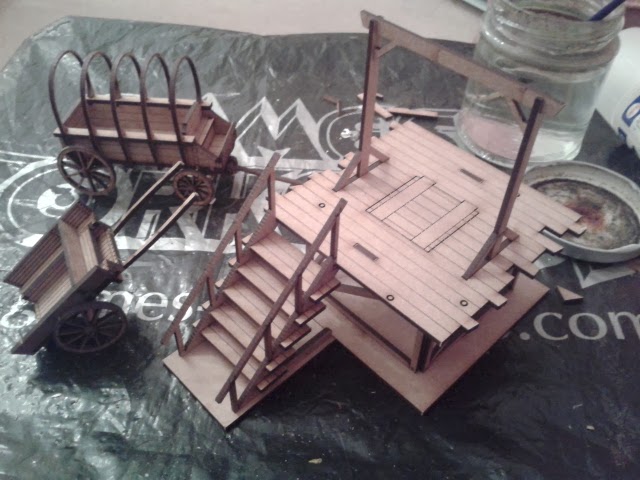 And I'm certain I'm not the only one to notice that an MDF wagon is only a fraction of the price of its metal counterparts.  I reckon once they're painted, the only way to tell the difference is to pick them up. Which you're not exactly worried about with a piece of static scenery.

Wonder when they'll think to make a stagecoach...

Labels: 4Ground Sarissa Precision The Rules with No Name